No person's grief should be burdened with the charge that they would be responsible for the death of the executed men. 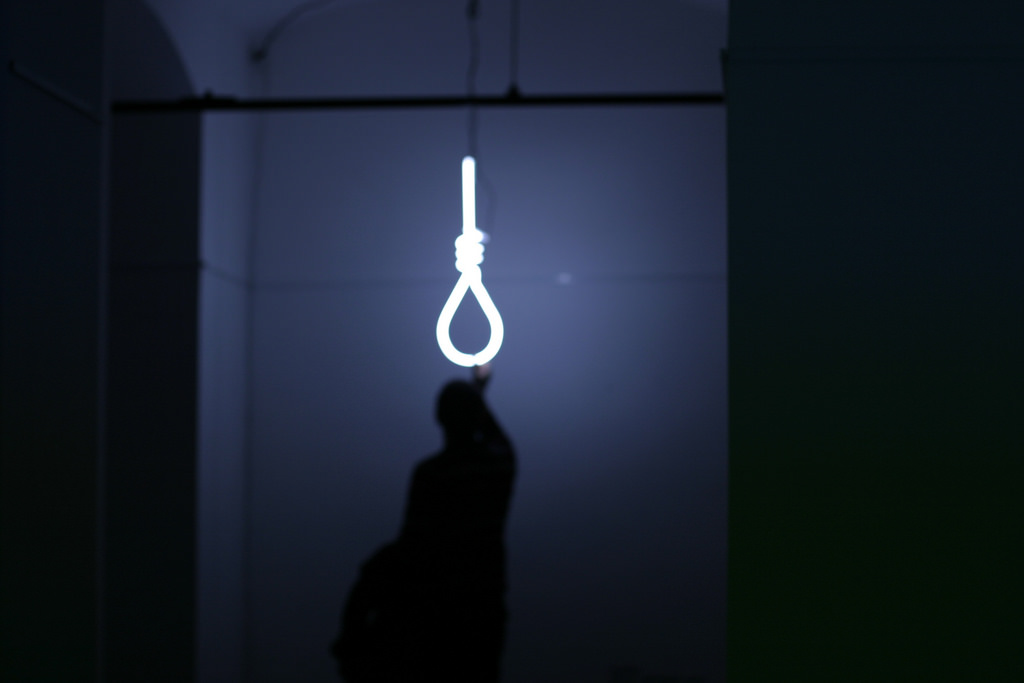 The death penalty has been written into India’s past, present and future. It is part of the danda niti of the Shastras, and the Hadith, qisas and ijmaa of Islam, a part of common law (though the UK abolished it in 1965) and revolutionary culture – the guillotine remains an abiding the symbol of the reign of terror in the French Revolution. Twenty-nine states in the US still have the death penalty while 21 have abolished it.  In India, the death penalty is prescribed for many offences including treason and murder. Many judges in India are abolitionists (including former judges like Justices V.R. Krishna Iyer and P.N. Bhagwati), most are not. At some stage, hanging was done publicly but not any more. When Albert Camus saw a hanging, he was pained to the point that he wanted it abolished.

After the Law Commission’s view that the death penalty be abolished except for terrorism related offences found no political takers, the debate itself moved on to the commission’s earlier proposal of replacing hanging by lethal injection, which is supposedly more humane.

In India, hanging is the only method of execution and it is difficult to find hangmen. In the Nirbhaya case,  one hangman has come forward, saying he needed the Rs 1 lakh he would be paid for the four hangings for his daughter’s wedding.

In Rajendra Prasad’s case (1979) the death penalty was declared constitutional after Justice Krishna Iyer in Ediga Anamma (1974) and his famous Amnesty lecture described it as inhumane. If any controversy was to be quelled, it was done so by Mithu (1983). Since controversy persisted, Bachan Singh (1980) by a majority (Justice Bhagwati dissenting) upheld the death penalty. Allauddin (1989) denied the need for revisiting Bachan though the Machhi case (1983) confirmed as a guide that such punishment should only be inflicted in the ‘rarest of the rare cases’. Of course, ‘rarest of the rare’ has not been an easy formula to enforce, as judges have to subjectively create a calculus for providing a balance sheet of aggravating and mitigating circumstances.

Nirbhaya’s case shocked the nation and highlighting the unending brutality of rape and murder. The grief of her parents and all who know her is beyond consolation. Along with them, the nation mourns with anger and tears. But meanwhile, Indira Jaising, a senior advocate of unparalleled distinction, has taken it upon herself to request Nirbhaya’s mother to pardon her killers in the same manner as Sonia Gandhi sought to forgive Nalini, the co-conspirator in her husband’s assassination. Sonia Gandhi petitioned for Nalini’s death sentence to be converted to life imprisonment because Nalini had a young daughter. There was no “forgiveness”. In any event, the two cases have no parallel whatsoever.

Nirbhaya’s mother, Asha Devi, gave a sharp reply to the suggestion that she forgive Nirbhaya’s murderous rapists: “Who is Indira Jaising to give such a suggestion? The whole country wants the convicts to be executed. Just because of people like her, justice has not been done with rape victims.”

To the extent that Jaising is a well-known feminist at the forefront of fighting rape and sexual harassment, the last part of Asha Devi’s statement may not be totally fair. But her response was born of the intense grief of a mother who remembers her child and all the tribulations of past, present and future.

Where Jaising went totally wrong was to make this appeal to Asha Devi publicly. This was not a case (to borrow from the bard) where someone was sought to be killed for their bad verses. It was a brutal crime which created an anguish that cannot find peace – an unforgiving nightmare which threatens to go on forever. In fact, Jaising’s comment can easily be used to portray Asha Devi in bad light – that she is someone who would not, but should, humanely forgive.

So Asha Devi asks Indira Jaising directly what should be expected from a mother if it was Indira’s child. Let us recall and adapt Stephen Spender’s poem, ‘The Empty House’: “And everything she’d touched, an exposed nerve.” Jaising’s request was a request, not an exhortation. But it was taken as the latter, inviting a private response publicly by the parents. They and many others thought this request was not just inhuman but grotesque, showering pain on a blanket of despair.

Law allows sentiments to be stated

It is true that the public is demanding the four men hang and that the rule of law allows sentiments to be stated. These voices can be countered in public by those who may feel that this is not a ‘rarest of rare’ case or who, as abolitionists, are against the death penalty. But appealing to Nirbhaya’s family is not acceptable.

Once we are clear that (a) any request to Asha Devi to forgive her daughter’s killers is not in good taste, and (b) according to law, the Nirbhaya case was in the legal category of  the ‘rarest of rare’, can we say that those who oppose the death penalty have no voice to say that in future the death penalty should be abolished? We have to remember that the case has travelled from the district court, to the high court, to a larger bench and after 1989 (i.e. the Kehar Singh case), the president cannot just echo the grounds stated by the court but must take his own view on different parameters and not just judicial conviction. In this case, all avenues have been exhausted and there is nothing to say that any of these authorities acted with malafide intent or that due process did not correspond to the highest standards.

While clearly not accepting and even condemning the action of using the public domain to victimise Nirbhaya’s parents, even if the object of such a request was made bonafide, we are still left with those who want the death penalty to be abolished. I must frankly state that I am for India abolishing the death penalty, as so many nations have done. I will strive for the abolition of the death penalty. This is not because all research shows that it is the poor and disadvantaged who are hanged while the tandoor murderers are only imprisoned. But that is social analysis which can certainly be used to campaign against the death penalty.

Also Read: Seven Reasons Why We Shouldn’t Demand the Death Penalty for Rape

In this case, the trial, appeals and requests for clemency have been through due process. I wish that the court had accepted the Krishna Iyer-Bhagwati view for abolition. I wish that an eye for an eye justice was not followed in capital cases. I am not convinced of the deterrent effect of such punishment. I sincerely hope that sometime in the future (meaning the near future), the death penalty is abolished not just in India but the whole world.

But I also believe that whatever the bonafide reason, no man, woman or child should ever be publicly humiliated in a way that their grief is burdened with the charge that they would be responsible for the death of the executed men. No. No. No. No. No.