The ordinance will be now sent to the president for his approval. 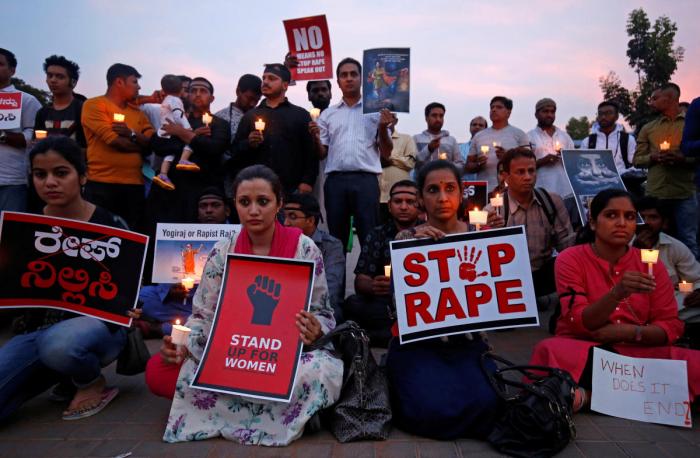 New Delhi: Ten months after a young girl in Unnao, Uttar Pradesh was raped – allegedly by an influential legislator from the Bharatiya Janata Party – and two weeks after she attempted to commit suicide to protest the failure of the police to act against the culprit, the Narendra Modi government passed an ordinance prescribing the death penalty for those guilty of raping children under the age of 12.

Official sources told PTI that the criminal law amendment ordinance – cleared by the Union cabinet on Saturday in an “emergency” meeting – seeks to amend the Indian Penal Code, the Evidence Act, the Code of Criminal Procedure and the Protection of Children from Sexual Offences Act to introduce a new provision to sentence those convicted of such crimes of death.

In addition, the cabinet also cleared harsher punishments for those who rape girls under the age of 16.

In recent weeks, the issue of child rape has come to the fore as public anger at the inaction of the Adityanath government in UP over the Unnao rape and the support BJP leaders extended to those charged with raping and murdering an 8-year-old tribal girl in Kathua, J&K, boiled over.

The extended silence of Prime Minister Narendra Modi – a leader who is quick to tweet his reactions to all sorts of news events, major and minor – also attracted widespread criticism in India and abroad. Though Modi finally broke his silence last week to assure the public that the guilty would be punished, his refusal specifically to refer to the two incidents was seen as an attempt to minimise the political fall-out from the Unnao and Kathua rapes given the perception that his party had helped shield the culprits.

Women’s rights groups and criminologists have repeatedly maintained that the answer to heinous sexual crimes against children is not the death penalty but the strengthening of the investigation and prosecution process so that the perpetrators can actually be convicted of their crimes in the first place.

According to data gathered by the National Criminal Research Bureau (NCRB), the conviction rate of those accused of sexual crimes against girls in 2015 was only 34%. Of the 5361 trials completed in 2015, 1843 ended in conviction, while 3518 led to the acquittal or discharge of the accused.

As the Unnao case demonstrated, it is often the refusal of the police to register a complaint and investigate the crime properly that is the primary obstacle in the survivor’s struggle for justice. Even if an investigation is launched, the political connections of the accused can lead to pressore on the police to back off. This is the script that played out in Jammu as BJP leaders joined the ‘Hindu Ekta Manch’ and other Hindutva-oriented outfits to protest the arrest of those accused of that crime.

This week, Modi drew rare international criticism at the diplomatic level when Christine Lagarde, the head of the International Monetary Fund, publicly demanded that he do more to ensure the safety of women and girls in India. She said this was her personal view.

In his interaction with an invited audience in London on Wednesday, Modi urged people not to “politicise rape”. In December 2013, incidentally, Modi, who was then the chief minister of Gujarat, had urged Delhi residents “to remember Nirbhaya when you go to vote” – a reference to the rape and murder of a Delhi woman when the city was ruled by a Congress government.

Last week, another incident of the rape and murder of a young girl surfaced in Surat, Gujarat.

The ordinance cleared by the cabinet on Saturday will be now sent to the president for his approval.

Critics of the death penalty – which has backing cutting across party lines – say that the certainty of capital punishment is also likely to lead child rapists to murder their victims in order to reduce the chances of being caught and convicted.

“There is no evidence to suggest that the death penalty acts as a deterrent to rape,” a group of women activists write recently in an open letter to Swati Maliwal, head of the Delhi Commission for Women, who has been on a hunger strike demanding the death penalty for child rape. “Available data shows that there is a low rate of conviction in rape cases and a strong possibility that the death penalty would lower this conviction rate even further as it is awarded only under the ‘rarest of rare’ circumstances. The most important factor that can act as a deterrent is the certainty of punishment, rather than the severity of its form.”