I wish they’d recognise the arrests of political prisoners as a systemic pro-establishment political act, and then tell the state – and not the defendants – to not bring politics to the courts. ‘Submissions should be limited to law and not be political.’

This is a common refrain in the courts.

Yet the prosecuting state’s behaviour towards its prisoners has been rather erratic. On the one hand, it is seen to oppose, tooth and nail, the grant of bail to political activists such as Jyoti Jagtap, or Umar Khalid, alleged to have ‘ignited passions’ and provoked violence (in others).

Similarly, the state cried for – and was granted – a Saturday hearing at the Supreme Court, in order to suspend the judgment of the Bombay high court discharging Professor G.N. Saibaba, and to ensure that he is not even temporarily released from jail. It is the state’s allegation that Professor Saibaba deploys his considerable brains towards critiquing the democratically elected government.

On the other hand, the state does not seem at all bothered about actual rioters; or those who have indulged in vitriolic hate speech, and in hate crimes, those who have lynched men, serving time too. The nonchalance with which it granted remission to certain ‘political’ rapists and murderers bears out the arbitrariness in conduct.

How do we begin to think about these inconsistencies?

When I read law at university, I had found a thin volume called An Introduction to Political Philosophy which has held me in good stead since. The book describes politics as centring on two questions: ‘who gets what?’ and ‘says who?’.

The first of these questions is about the distribution of rights and resources: which material resources, like education and health, the environment, minerals, etc. should be deemed ‘public goods’ and belong equally to all people; or should only those who pay income tax have any moral claim to them? At a given point in time, a material resource like public health may be seen as a public good and all citizens may feel entitled to demand it as a right, whereas at another point in political time, it may merely be seen as largesse, distributed conditionally to subjects as per the government’s better judgment.

Beyond material resources, politics also asks the questions: how should rights and freedoms be distributed? Should some people have more freedoms than others? And finally, what would be the basis of such distribution?

Politics involves itself with the tussle of power that finally determines how things will come to be distributed.

Charles Dickens wrote Oliver Twist (or The Parish Boy’s Progress) in 1837, where a section describes how the master served extremely meagre portions of food to the boys in the parish orphanage, keeping most of it for himself. In a poignant scene, Oliver Twist, ‘miserable and lonely’, and ‘tired and hungry’ walks up to the master: “Please sir, may I have some more?”

‘The master hit Oliver’s head with the ladle, then pinioned him to the wall and shrieked for reinforcements.’

The Board was immediately convened. They sat in solemn conclave: “What, he wanted more?”

“What a criminal mind! That boy will be hung”.

Oliver was deemed very dangerous by the Board and ordered into solitary confinement, still quite hungry. 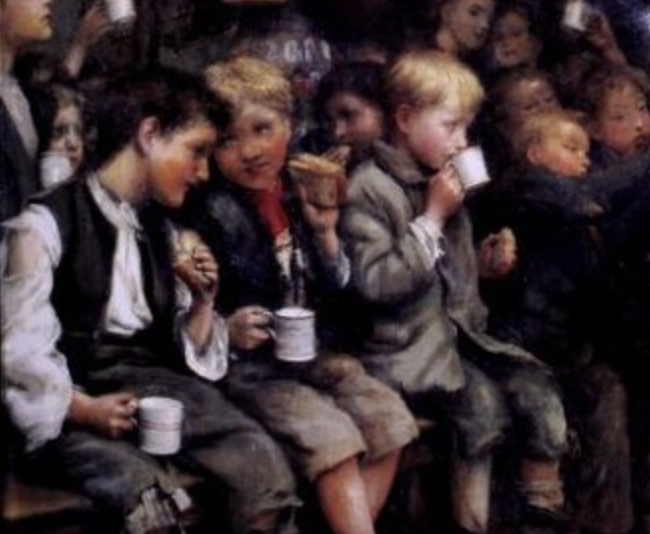 ‘The physical incarceration of Oliver Twist, in response to his request for more equitable distribution, was counter-political. ‘

Oliver’s was a political act. But equally, the elaborate response to his demand was deeply political too.

The display of shock and fear at Oliver’s request for a more equitable distribution; his categorisation as an ungrateful criminal; the claim that his behaviour would have a deleterious effect on other impressionable minds; the assertion that his sudden act caused physical discomfort to the master, causing his eyes to pop out and his blood pressure to soar; and finally, the physical incarceration of Oliver were all [counter] political acts.

Politics is thus the consciousness that the powers that be are not fairly distributing rights and resources, and then trying to spread that consciousness through discursive activity and mobilisation. Politics is equally the business of obstructing change, and the freezing of status quo, by dismissing ‘politics of change’ as anarchic, or ‘conflict entrepreneurship’, or anti-national.

There is an instructive paragraph in the order denying bail to Jyoti Jagtap:

‘We have carefully gone through the transcript of the stage play enacted by Kabir Kala Manch members. On reading the same, we are afraid to state that the role played by KKM and its activists on the date of event was not only aggressive, but also highly provocative and clearly designed to incite hatred and ignite passion. There are a number of innuendos in the text/words/performance of KKM which are pointed directly against the democratically elected government, for seeking to overthrow the government, ridicule the government, excerpts of which need to be mentioned here in order to highlight the role of Appellant. These pertain to songs / phrases / questions asked and answers given and performance ridiculing phrases like; “Acche din”, “Gomutra”, “Shakahar”, “the Prime-Minister referred to as an “infant”, “the P.M.’s travelogy”, “RSS dress/outfit”, “Policies like Demonetization”, “Sanatan Dharma”, “Ram Mandir” […]’

The feeling above is reminiscent of the master’s discomfort in Oliver Twist.

It may not appear that way at first blush, but to frame discursive challenges to establishment politics as fraudulent, funded and motivated, are very much political responses, even when they are brought to a court of law in the form of criminal cases.

Politics is inherent to the business of life, and to that extent judgments are political too. They either encourage more equitable distribution of material resources and liberties, or freeze status quo. We have the example of so many cases pertaining to apportionment of resources (education and employment in the case of ‘reservations’, or in the case of permanent commission for women in the armed forces).

But quite apart from politics inherent to law, there is a new political language in the courts today. It unselfconsciously criminalises political action.

Borrowing from the ‘Parish Board’ school of thought, the state unabashedly makes arguments that a person should be charged for building a political consciousness that is critical of the status quo; for it causes social fissures that lead to subsequent violence. It is like the Board sending Oliver into confinement for having unduly excited the master. It is the political language of an incarceral state in its treatment of ‘politics of change’. Equally, the state shows a benevolent indifference towards actual incidents of violence that conform to the politics of the day.

In case after case, the primary charge is one of ‘conspiracy to further political propaganda’ – presumably, that something is amiss in terms of equitable distribution of rights and resources – and to mobilise the public, which would result in disturbances.

One would think it is the political duty of citizens to challenge power, if they feel it is getting too centralised. There would be no social fissures, or violence either, if governments in power would cede more space to alternative discourses and allow for political challenge. Dissent and debate are normalised, and happily accommodated in democratic cultures.

On the contrary, acts of public protest are not merely seen as ‘petty violations’ warranting a whack on the head with a ladle but – again in the ‘parish orphanage tradition’ – as something far more apocalyptic, and no less than a terrorist conspiracy to further the idea that everyone is not getting equitable treatment. These are not legal arguments; these are political arguments being made by the best law officers.

The courts often ignore such puerile arguments and grant bail where they can. But I wish they would do more than that: I wish they’d recognise the arrests as a systemic pro-establishment political act, and then tell the state to not bring politics to the courts.