The extent of independence of the judiciary is directly proportionate to the degree of mistrust between the executive and the judiciary. 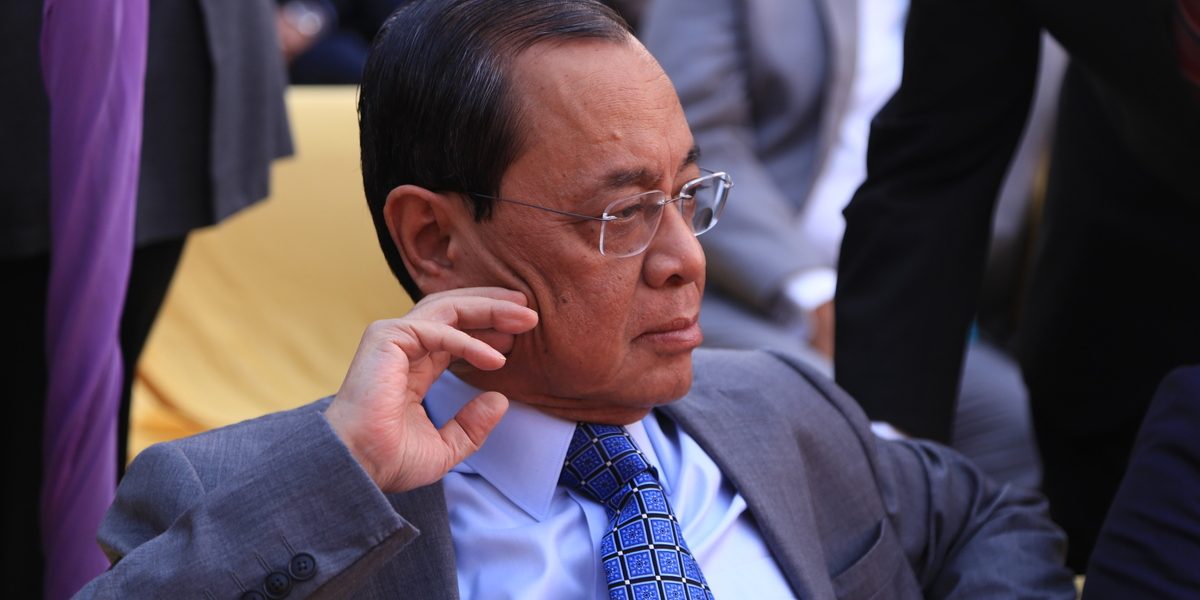 “President Reagan used to speak of the Soviet constitution, and he noted that it purported to grant wonderful rights of all sorts to people. But those rights were empty promises, because that system did not have an independent judiciary to uphold the rule of law and enforce those rights”.

A retired chief justice of India has broken his silence and, in a media interview, justified his acceptance of a high seat in the Council of States as a means to serve as an ambassador of good relations between the executive and the judiciary.

This was countered by another retired judge in another media interface by saying that currently, the executive-judiciary bonhomie was at its peak, hence, there was no crying need to stir up this controversy by accepting such an appointment.

The celebrated case of Marbury against Madison, where Chief Justice Marshall gave the US’s Supreme Court the constitutional weapon of ‘judicial review’, was also born out of this mistrust. At its founding stages, the battle for the soul of the new nation was being fought between two conflicting ideas. One won a presidency and tried to nullify appointment warrants issued by the other’s president, just before he demitted office. The warrant had been signed but not delivered. Marbury, who had been appointed by the outgoing regime, invoked a law passed by Congress to directly take his cause to the highest court. Chief Justice Marshall had no sympathy for the new president. However, he did not want to rock the boat either. If the court ruled in favour of Marbury, there was no telling how the penny would fall. It is then that genius struck him. He ruled that the very law which allowed Marbury to directly come to the Supreme Court could not have been enacted by Congress. The court asserted the right to judicially review laws passed by Congress and yet seemingly ruled in favour of the president. A classic case of operation unsuccessful but patient (in this case, the rule of law) alive.

Also Read: Judicial Independence: Three Developments that Tell Us Fair is Foul and Foul is Fair

Cut to our first Republic Day. Tripurdaman Singh, in his riveting book Sixteen Stormy Days, tells us how, even before the ink could dry on our constitution, the Supreme Court’s enthusiastic defence of the historic charter of Fundamental Rights included in the Basic Lawb irked the very authors of the constitution, who found their aggressive socialistic plans such as land reforms, zamindari abolition and caste upliftment imperiled. So much so that Nehru had to pilot the First Amendment within months of the constitution coming into force and that too by an assembly which was a carry forward from the pre-constitution days – without having been subjected to an electoral sanction by “We the People”.

The initial years of an India ruled by a constitution ensured that, while there was healthy mutual respect between the executive and the judiciary, there was certainly no “bonhomie”. This is evident from what several historians, jurists and political commentators have chronicled about judicial appointments.  Even before the Supreme Court – in the Judges’ Appointment Case – read in a binding character to its recommendations on judicial appointments, the convention was that all recommendations always went through. This compact soured as India’s government acquired autocratic trappings as Indira Gandhi emerged from the clutches of the syndicate and shed the Goongi Gudiya image.

The fact that there was no bonhomie can be gauged from how judges in those days reacted to overtures from the other wing.

Nehru, it is rumoured, was not too fond of Justice Meher Chand Mahajan. The feeling was mutual. The latter, in his role as prime minister of Kashmir, had advised the then maharaja to steer clear of Nehru and he was in no mood to forget. Nehru, on the retirement of Chief Justice Patanjali Sastri in January 1954, wanted to supercede Justice Mahajan who, as the next senior-most justice in the top court, was slated to become the chief justice. Nehru offered the post to Justice S.R. Das.  Some say even Justice Vivian Bose, who like Nehru, was quite English in his way, was sounded out. Das and Bose did not bite the bait. Nehru then toyed with getting M.C. Chagla, the legendary chief justice of the Bombay high court, who had learnt his legal craft in the chambers of M.A. Jinnah. The judges simply told the prime minister, “If you want a chief justice other than Mahajan you might as well think of having a whole new Supreme Court.” The judges stood up as one – not for Justice Mahajan, the individual, but for the institution.

This set the rules for the executive-judiciary relationship in the coming years. What both wings practiced was not bonhomie but constitutional distancing, if we can mutate a term popularised by the coronavirus pandemic.

Also Read: The Revolving Door for Ranjan Gogoi Does the Supreme Court and Parliament No Credit

This compact, however, collapsed as the court got bolder in protecting its turf as the protector of India’s Basic Law. The proverbial last straw was the judgment delivered in April 1973 in the fabled Kesavananda Bharati case (also known as the Fundamental Rights Case). India’s Supreme Court in that case gave the world the concept of “Basic Structure” which, put simply, persevered for the courts the right to even strike down constitutional amendments which ran foul of the fundamental architecture of the constitution. The court wisely did not spell out the bare bones of what the beams and plinths of this edifice were. It merely gave an illustrative list which included generic ideas such as republican form of government, democracy, etc.

Over the years, the court has expounded on this doctrine, discovering other basic features such as “secularism” (Bommai case) and the “independence of the judiciary” (Judge’s Appointment Case). (This doctrine has been imported and relied upon by constitutional courts in lands, distant and near. One notable example being Bangladesh, whose top court in 1989 applied this doctrine to hold the constitutional amendments converting that country into an Islamic State to be violative of the basic structure of their Constitution).

The executive’s reaction was swift. Justice S.M. Sikri had retired after delivering the Kesavananda verdict. Justices J.M. Shelat, K.S. Hegde and A.N. Grover, the three next in line to be the CJI, who had all ruled in favour of the Basic Structure doctrine, were summarily superseded. Justice A.N. Ray accepted the post. His three senior colleagues promptly resigned.

The court, until this supersession, neither could be termed pliant nor sensitive to the needs of the administration. In fact, in most cases, such as the Bank Nationalisation case and the Privy Purses case, if anything, the court came across doggedly in favour of the individual citizen, causing utmost inconvenience and disruption to the social and political agenda of the government of the day.

The government-judiciary breakdown revisited the Supreme Court in the aftermath of the ADM Jabalpur case. During the Emergency, while the majority of judges fell in line and agreed that even the right to life can be suspended, Justice H.R. Khanna steadfastly guarded the Constitution. Penning his dissent, Khanna quoted Justice Charles Evans Hughes’ immortal words that dissent: “is an appeal to the brooding spirit of the law, to the intelligence of a future day when a later decision may possibly correct the error into which the dissenting judge believes the court to have been betrayed”.

While the New York Times was fancying a statue being erected for Khanna, Madam Gandhi had other ideas. He was superseded and Justice Beg was made chief justice. 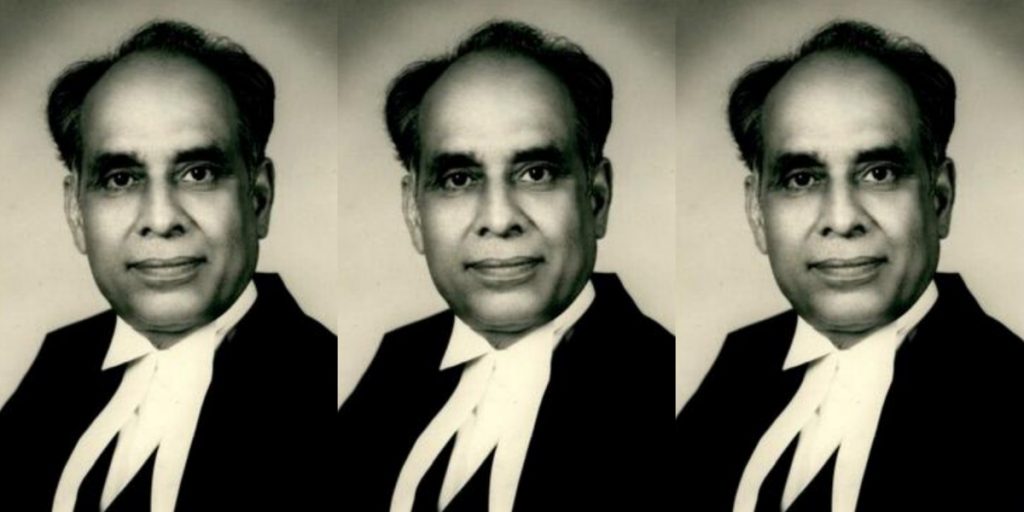 Morarji Desai, as the succeeding prime minister, considered whether to pass over Justice Y.V. Chandrachud’s candidature for the top judicial job, because he was part of the majority judgment of the ADM Jabalpur case. Desai resisted the naysayers to go ahead and appoint him. That was a big gift to India’s judicial independence, as it is impossible to imagine how the institution would have been able to cope if rival political parties institutionalised the practice of by-passing every inconvenient judge.

These occasional bumps aside, the judiciary and the executive maintained a healthy mutual respect and safe distance. This is evident from the widespread outrage which was sparked when Justice P.N. Bhagawati, next in line to succeed Chandrachud as CJI, sent a profusely congratulatory missive to Indira on her successful election campaign, vanquishing the Janata Party.

Post the Judges’ Appointment Case, the Supreme Court has ensured that its recommendations on judicial appointments, including the appointment of the CJI, are binding on the government of the day.  The practice of the outgoing chief recommending his successor, who in all cases has been the senior-most judge, continued to be followed but now with teeth.

Here, one must concede that constitutional distancing was simpler in times when justices actually looked forward to their retirement. And high court judges such as P.B. Mukherjee and M.C. Chagla would actually loath having to give up the charm of presiding over grand high courts to travel all the way to Delhi to be members of the top court. However, in the present complex times, the necessity of such constitutional distancing is even more pronounced.

In this backdrop, the perception that arises from former CJI Ranjan Gogoi’s comments  that he was persuaded to accept legislative office to restore or further cordiality between the judiciary and the executive – is disturbing, to say the least. Sadly, there is a growing perception, articulated even by retired judges, that the degree of bonhomie between the two wings is too high for comfort. Many lament that the healthy tension which keeps the executive on its toes and the court alert, is now absent, having been replaced by a spirit of accommodation and adjustment.

When in a public interest litigation ostensibly to provide succour to migrant labour unsettled by the pandemic, the court – despite a plethora of available legislation governing the media –  wades in to promote governmental control over the narrative, howsoever noble the motive may be, it only strengthens the ‘bonhomie’ narrative. Excessive praise of political personalities holding offices of state, by justices on public platforms also fuel the same, as does inaction on pressing contemporary constitutional and legal challenges.

There is a doctrine of “presumption of constitutionality”, the unpronounceable Latin being ‘omnia praesumuntur rite esse acta’ – which presumes that all law is validly and constitutionally enacted. The burden is heavy on the person who mounts a challenge to a law, to demonstrate to the satisfaction of court, that the action challenged is foul of the law. This, however, does not imply that the court cannot adopt a citizen-centric approach and must always view a challenge from the perspective of the overarching state.

To adopt pandemic-relevant terminology, the court is the safety mask and sanitiser that protects the citizen from the virus of state excesses, as well as inaction.