Rescuing Individual Rights From the Chokehold of Groups Rights

The rights of a religious group under the constitution have to be seen differently from other groups such as political parties, which are voluntary associations. 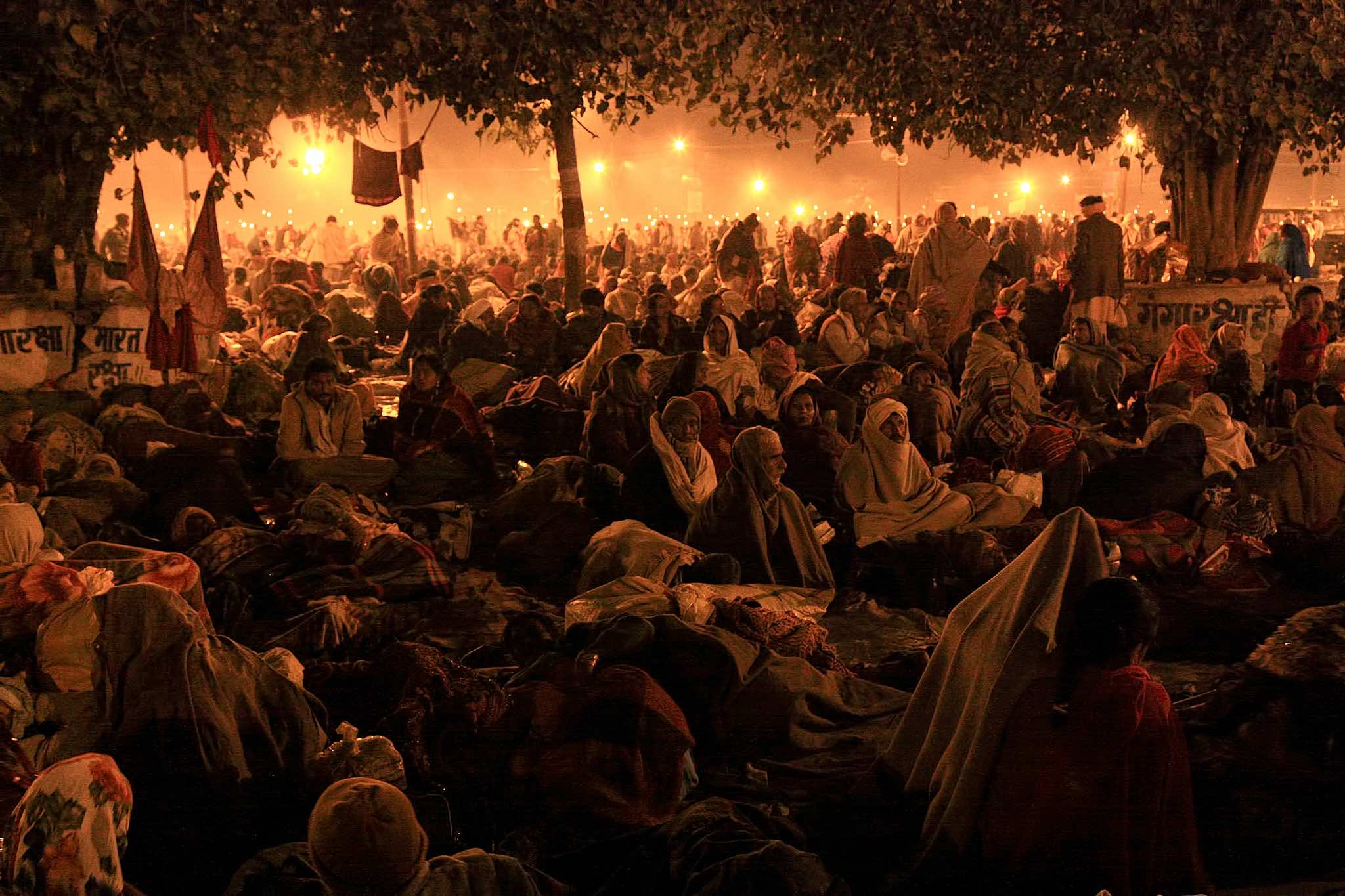 A passive bystander approach to religion, based on the Western conception of religion being a private matter, is not effective in the Indian context. Credit: AlGraChe/Flickr CC BY-NC-ND 2.0

The Supreme Court will soon begin hearing the case of Goolrokh Gupta vs Burjor Pardiwala and Others, which challenges the religious excommunication of a Parsi woman on marrying a non-Parsi. Besides the gender-unjustness of the custom, this case is also significant to understand the constitutional significance of group rights vis-àvis an individual’s right to religion. In this case, the Parsi Anjuman Trust has banned a Parsi Zoroastrian woman, Goolrokh Gupta, from entering the Fire Temple and performing the last rites and ceremonies in case of the demise of her parents, due to the fact that she married a non-Parsi.

Gupta, a Parsi by birth, married a Hindu man under the Special Marriage Act, 1954 (SMA). She continued to practice the Parsi Zoroastrian religion after her marriage. However, the Parsi Trust in her hometown in Valsad, Gujarat, barred her from entering Parsi institutions. Consequently, she approached the Gujarat high court seeking a writ to allow her to perform funeral ceremonies of her parents in the event of their death. The Gujarat high court upheld the ban by a 2:1 majority. The judgment was based on a flawed interpretation of the SMA and an adoption of the ‘doctrine of coverture’, which says that the religious identity of a woman merges with her husband after marriage.

Patriarchal interpretation of the Special Marriage Act by the high court

The Gujarat high court observed that the SMA does not protect the religion of the person after marriage. A careful look at the statute would prove this interpretation wrong. Prior to independence, the Special Marriage Act, 1872 allowed secular marriages, but only after the parties renounced their respective religions. To address this disability, after independence, the SMA was enacted to enable persons of different religions to enter into a valid marriage without having to renounce their religion. Section 4 of the SMA enables the couple to solemnise the marriage while still retaining their respective religious identities and sentiments. Thus, a Parsi would continue to be a Parsi even if she marries a non-Parsi under this Act. By misinterpreting the Act, the high court has disregarded the legislative intent and created a legal fiction.

Secondly, even as the high court noted that the doctrine of coverture was never a part of Hindu, Muslim, Parsi or Jewish law, it held that the religious identity of a woman merges into that of the husband, unless a specific law is made by the legislature in this regard. The high court went on to say that until marriage ,a woman’s name is followed by that of her father, and after marriage, by that of her husband. Based on this patriarchal interpretation, the court held that it is presumed that the woman merges into the religion of her husband after marriage, even if they are married under the SMA. The court has interpreted a secular and progressive law in an archaic and patriarchal way which is based on the ancient feudal idea that women are ‘chattel’ – with their identity either belonging to their father or husband, but never theirs.

The court in this case could rule that since a Parsi man doesn’t lose his religious identity on marrying a non-Parsi, so the custom of excommunication can be struck down on grounds of equality. However, this would evade the larger question – can religious group rights engulf individual right to religion?

A literal reading of the constitution could result in the interpretation that the individual’s right to freedom of religion under Article 25 is subject to the group’s right to manage religious affairs under Article 26(b). This was the interpretation by the court in 1962 when a five-judge bench of the Supreme Court struck down a provision of the Bombay Prevention of Excommunication Act 1949 in Sardar Saiffudin Saheb vs State of Bombay, where the violation of an individual’s right to religion was accepted as a ‘necessary consequence of excommunication’, giving primacy to group rights over individual rights to religion, which makes us wonder about the fate of the individual in this case.

Individuals as the basic unit under the constitution

The change from the state-group to state-individual relationship is perhaps one of the most crucial features of India’s independence from the British. As Pratap Bhanu Mehta argues, while the colonial administration found it more convenient to protect group identities; the Indian constitution is based on equal citizenship, and aims at protecting the rights of an individual as its unit. The protection of group identities is a divergence from the norm to better protect individuals in certain circumstances, such as right to preserve the culture of minority groups (under Articles 29 and 30).

Rochna Bajpai argues that the colonial administrators believed that groups should have representation in proportion to the population. It was administratively convenient while also perpetuated their ‘divide and rule’ policy. The separate electorates for Muslims under Morley-Minto reforms; the reserved seats for Sikhs, Indian Christians, Anglo-Indians under the Monteague-Chelmsform reforms 1919; and separate personal laws are all evidence of this policy.

However, in the Indian constitution, the rationale is that certain identities can be better protected through the group’s identity. Similarly, Article 26 aims to protect religious plurality from assimilation into the majority, and from unreasonable state interference. Religious group rights must be directed ‘outward’ against these two possibilities, and not ‘inwards’ to take away the individual right of freedom, religion and dignity.

Granville Austin described the constitution as a document for ‘social revolution’. Using group rights to abrogate an individual’s right to religion betrays this understanding of the constitution. B.R. Ambedkar, the chief architect of the constitution, led the movement against Dalit untouchability and the Kalaram Temple movement before independence. The constitution makers were thus conscious of religion being a site of exclusion, and inserted articles which empower the state to make law or invalidate custom for social reform (Article 25(2)(a)) and protect ‘public order, morality, and health’ (Article 25(1) and 26). Thus, the regressive custom of excommunicating individuals should be struck down, to adhere to the spirit of social reformation.

A passive bystander approach to religion, based on the Western conception of religion being a private matter, is not effective in the Indian context. Credit: AlGraChe/Flickr CC BY-NC-ND 2.0

Religion, a site of exclusion of rights

The strict non-interference of state ‘between’ and ‘within’ religious groups is judicial secularism. However, a passive bystander approach to religion, based on the Western conception of religion being a private matter, is not effective in the Indian context. It misdiagnoses the substantive role that religion plays in Indian identity. Legal scholar Gautam Bhatia argues that religious identity cannot be relegated to the private domain, since it is also a site of exclusion of other civil-economic rights. If not remedied, it erodes the promise of equal citizenship. Within religious groups, women and Dalits are often the sub-groups denied civil-economic rights. Be it the recently decided instant triple talaq case or the pending female genital mutilation case (challenging the custom of Dawoodi Bohra Women forced to undergo khatna), gender-discriminatory customs are increasingly being challenged before the apex court, where individual rights are being choked by the religious group.

Thus, the insistence on religion being a private matter with no scope for state interference doesn’t work in India. The promise of constitutionalism – envisaging equal citizenship – will remain unfulfilled if the judiciary cannot infiltrate through the religious group identity.

The rights of a religious group under the constitution have to be seen differently from other groups such as associations or political parties, which are voluntary associations. Ascriptive identities such as religion, caste are mostly involuntary. Gupta was born as a Parsi, and had no choice of religion at birth. Thus, the rights of individuals must not be automatically superseded. Group rights should only prevail in cases where the practice in question is absolutely required to sustain the group identity. In this case, excommunication on marrying a non-Parsi cannot be seen as an essential ingredient for sustaining the group identity. There is no justification for violating the Gupta’s right to religion.

Group rights in a minority religion

From triple talaq to female genital mutilation to this case, many battles over religious freedom before the court have two commonalities: they pertain to a minority religion and women are the oppressed sub-group. We are not claiming that the Hindu religion is more gender-just, but we see a tendency of the state exercising asymmetric reformatory authority over religious groups. The implicit consensus of ‘reform from within’ for minorities may have been accepted by the state, but religious groups continue to gain in strength stoking fears of state intervention and use it to emasculate sub-identities within the group.