At the heart of the case is the attempt by a medical college to get recognition despite failing to meet the standards needed to admit students and charge fees from them. 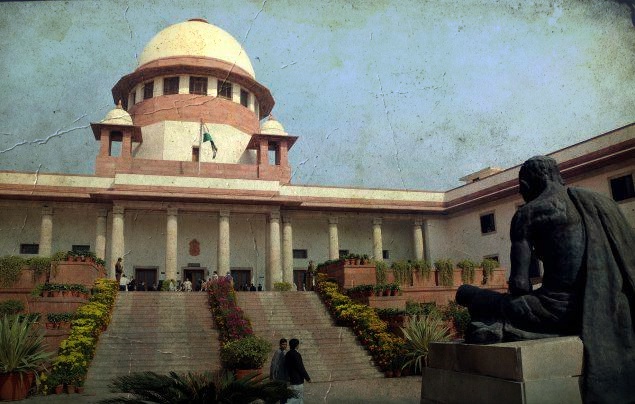 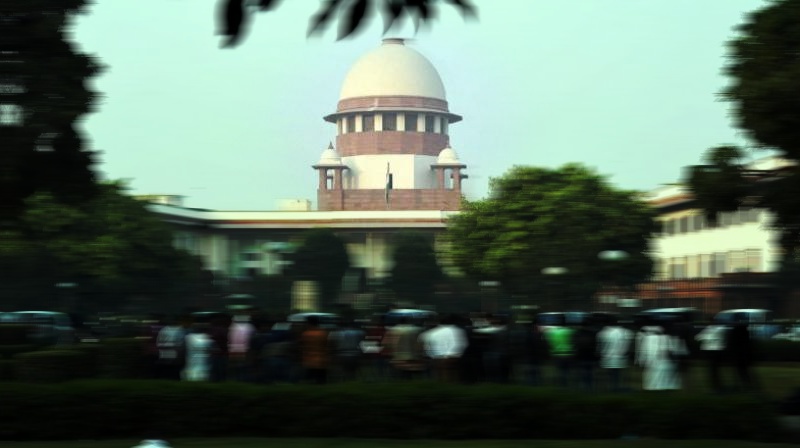 The Supreme Court bench invoked its powers under Article 142 of the constitution. Credit: PTI

New Delhi: The senior-most puisne judge of the Supreme Court normally does not have the administrative power to set up a constitution bench to hear important cases; that right is reserved for the chief justice. On Thursday , however, the judge who ranks just below the chief in terms of seniority –  Justice J.Chelameswar – was asked to exercise that rare power in order to restore public trust in the institution of the Supreme Court. Justice Chelameswar agreed to do so, as the petitioner before him submitted that Chief Justice Dipak Misra, having headed a bench which heard and disposed of a case in which allegations of bribery were investigated by the CBI, could not hear her prayer for an impartial probe in the same case.

When the matter was listed before Justices Chelameswar and S. Abdul Nazeer, the bench heard the petitioner’s senior counsel, Dushyant Dave, and decided that the matter be considered by a constitution bench of the first five judges in order of seniority, directing the registry to list the matter on November 13, considering its importance.

Justices Chelameswar and Nazeer referred to the case registered by the Central Bureau of Investigation (CBI) against a retired high court judge, without naming him, which contained serious allegations implicating him as an accused in a First Information Report (FIR) under section 8 of the Prevention of Corruption Act (PCA) and section 120B of the Indian Penal Code, dealing with criminal conspiracy. Section 8 of the PCA deals with the offence of taking gratification, in order, by corrupt or illegal means, to influence a public servant.

The petitioner, the well-known advocate Kamini Jaiswal, alleged that the FIR lodged by the CBI in the case revealed a nexus among middlemen, hawala dealers and senior public functionaries, including persons in the judicial branch.

The case involves a medical college set up by the Prasad Education Trust in Lucknow. The Medical Council of India (MCI) found it guilty of non-compliance with the requirements for setting up a medical college. The Centre, following the MCI’s adverse reports, restrained the college from admitting students for the academic years 2017-18 and 2018-19. The college challenged the Centre’s restraint on fresh admissions both in the Supreme Court and the Allahabad high court.

The Centre, subsequently, on the approval of the oversight committee of the MCI, issued a necessary letter of permission to the trust for the establishment of a new medical college on August 20, 2016. On December 26, 2016, the MCI informed the Centre that the college had failed to abide by the undertaking it had given to the Centre and should be denied permission to admit students for the two academic years starting from 2017. The MCI found the infrastructure and facilities of the college grossly deficient.

The Centre accepted the MCI’s advice and denied permission to the college to admit students for two years, on May 31, 2017.

On August 1, 2017, the Supreme Court passed an order directing the Centre to reevaluate the MCI’s recommendation, pertaining to the college, in Civil Writ Petition No. 411 of 2017.

The Centre, through its hearing committee, heard the college afresh on August 3. The committee reiterated the Centre’s earlier decision to deny permission to the college to admit students for two years, and permit MCI to encash the bank guarantee of Rs.2 crore given by the college. On August 10, the Centre accepted these recommendations.

The college is one of the 46 institutions which have been denied permission by the Centre to admit students for medical courses for the next two years because of substandard facilities and non-fulfilment of the required criteria.

The trust initially challenged the Centre’s refusal to grant it permission in the Supreme Court, but later withdrew it, with the liberty to move the Allahabad high court. The CBI’s FIR alleged that the withdrawal was done on the advice of the former judge of the Orissa high court, Justice I.M. Quddusi. On August 25, the trust filed a fresh petition in the Allahabad high court, challenging the Centre’s refusal.

The MCI challenged this order in the Supreme Court, which disposed it of on August 29, granting liberty to the parties to approach it further. Subsequently, the trust filed a fresh writ petition in the Supreme Court, which was admitted on August 31 by the bench headed by the CJI. On September 18, the bench refused to grant approval for the renewal of recognition of the college for the academic session, 2017-18, and restrained the MCI from encashing the bank guarantee. Further, the bench directed the MCI to send a fresh inspecting team to the college to assess its eligibility for granting permission to admit students for the 2018-19 session.

What the CBI FIR says

On September 19, the CBI registered an FIR against Quddusi, and named middlemen and unknown public servants and private persons. The FIR alleged that B.P. Yadav, who manages the affairs of the trust, in furtherance of the conspiracy, requested Quddusi and Bhawana Pandey, a resident of Delhi, who assured them that they would get the matter settled in the Supreme Court through their contacts and they further engaged Biswanath Agarwala, a resident of Bhubaneswar, and an alleged hawala operator, who allegedly agreed to deliver the cash involved to the concerned public functionaries.

News reports alleged that in subsequent raids at eight places, the CBI recovered close to Rs.2 crore in cash and several incriminating documents. Of this, Rs.1 crore was allegedly handed over by the hawala operator to Justice Quddusi, the petition claims.

When Dave emphasised the immediate need to protect the safety of the incriminating documents seized by the CBI, the bench directed it to produce the entire material collected in the course of the investigation of the crime, and keep it in a sealed cover and produce the same before the Constitution bench on Monday.

Jaiswal has claimed in her petition that since the case brought to light an instance of corruption in the very highest echelons of power, including the justice delivery system, the CBI, a government-controlled agency, may not be best suited to continue this investigation. Therefore, she urged the court to set up a special investigation team headed by a retired CJI.

Curiously, despite Thursday’s order by the Chelameswar-Nazeer bench, a similar petition, filed by the NGO, Campaign for Judicial Accountability and Reforms, has been listed for hearing before the bench of Justices A.K. Sikri and Ashok Bhushan Friday, on the directions of the CJI. Dave’s submission before the Chelameswar-Nazeer bench was that the CJI must not hear the case, and not have any say in assigning it to a particular bench.