The SC was hearing the Jamiat Ulama-i-Hind and Peace Party's pleas on directions to stop media outlets from spreading fake news on the Tablighi Jamaat congregation of March, 2020.

New Delhi: Hearing a plea against the spread of fake and communal news on the Tablighi Jamaat meeting in New Delhi and its effect on the spread of COVID-19, the Supreme Court on Thursday, September 2, expressed serious concern over the fact that false news is spread through social media platforms and digital portals with few checks.

The apex court said that social media giants, when hauled up, do not respond to judges either, reported LiveLaw.

“Twitter, Facebook or YouTube…they never respond to us and there is no accountability. About the institutions they have written badly and they don’t respond and say this is their right. They only worry about powerful men and not judges, institutions or common man. That is what we have seen,” the bench headed by CJI N.V. Ramana noted. The bench also comprised Justices Surya Kant and A.S. Bopanna.

The Jamiat Ulama-i-Hind and Peace Party were seeking directions to stop media outlets from spreading fake news on the Tablighi Jamaat congregation that took place at Nizamuddin Markaz in March, 2020.

Aided by the government, attendees of the meeting came in the face of a vicious campaign on news channels and social media, where they were branded “super spreaders” after travelling back to their homes across India following the Markaz.

The Tablighi Jamaat was blamed for spreading the disease, with several attendees – including foreigners – charged under sections of the Indian Penal Code, the Epidemic Diseases Act and the National Disaster Management Act and Foreigners Act. The communal nature of their vilification was apparent, with channels leading news coverage with coinages like ‘corona jihad‘. 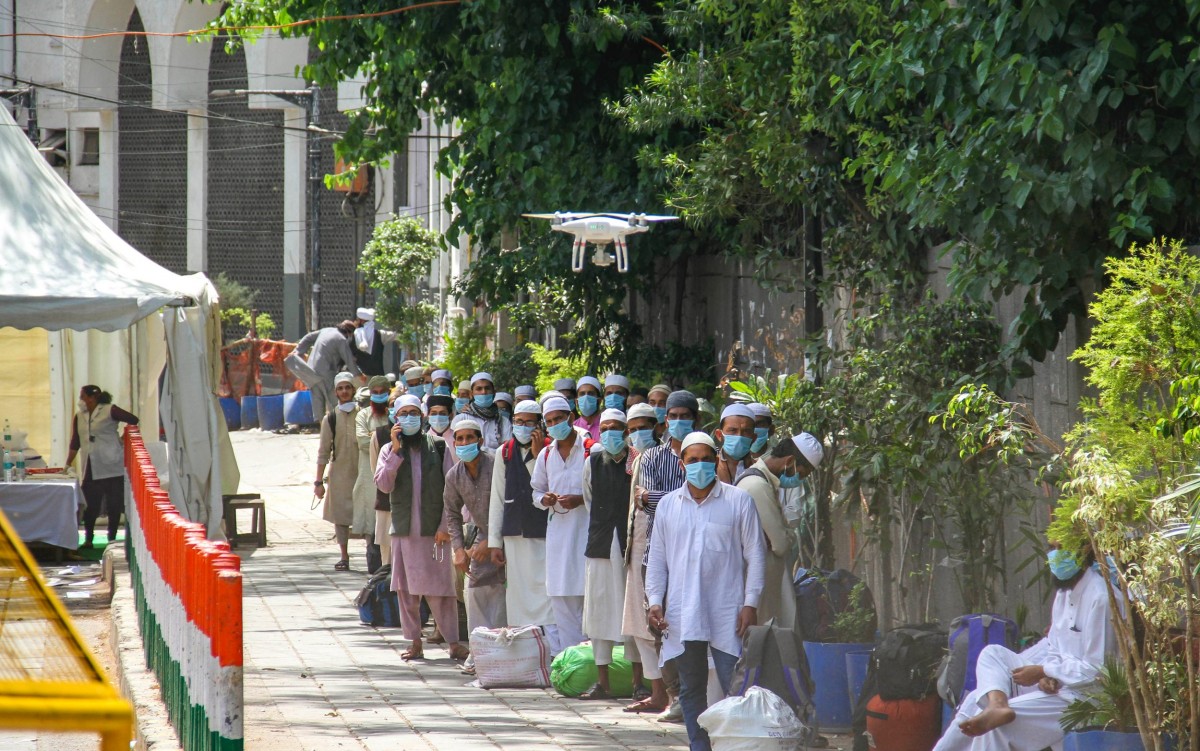 The Home Ministry had blacklisted 2,550 Tablighi Jamaat members from nearly 40 countries who were staying in India during the nationwide coronavirus lockdown. Photo: PTI

The Supreme Court pointed out on Thursday that a section of news channels depict all news with a communal tone.

“Everything shown in a section of private news channels bear a communal tone. Ultimately, this country is going to get a bad name. Did you ever attempt to regulate these private channels,” said the bench.

The bench also highlighted the role played by YouTube channels in this regard.

“If you go to YouTube, so much is shown in one minute. You can see so how much fake news there is. Web portals are not governed by anything. There is an attempt to give communal colour to news and that is a problem. Ultimately it brings a bad name to the country,” it said.

Solicitor General of India Tushar Mehta responded to the Supreme Court’s concerns with the rejoinder that the new Information Technology Rules, 2021 – against which several petitions are being heard in the high courts – apparently take care of these issues.

“This is what is taken care under IT Rules,” he said.

He also said that not only communal but also planted news is spread similarly.

The top court agreed to hear after six weeks the Centre’s plea seeking transfer of petitions from various high courts to itself on the issue of newly-enacted IT rules meant to regulate online content including social media and web portals.