The Supreme Court's in-house committee appears to have been constituted in haste, more in response to public outrage and concern than a desire to address the issue in a fair, proper and impartial manner. 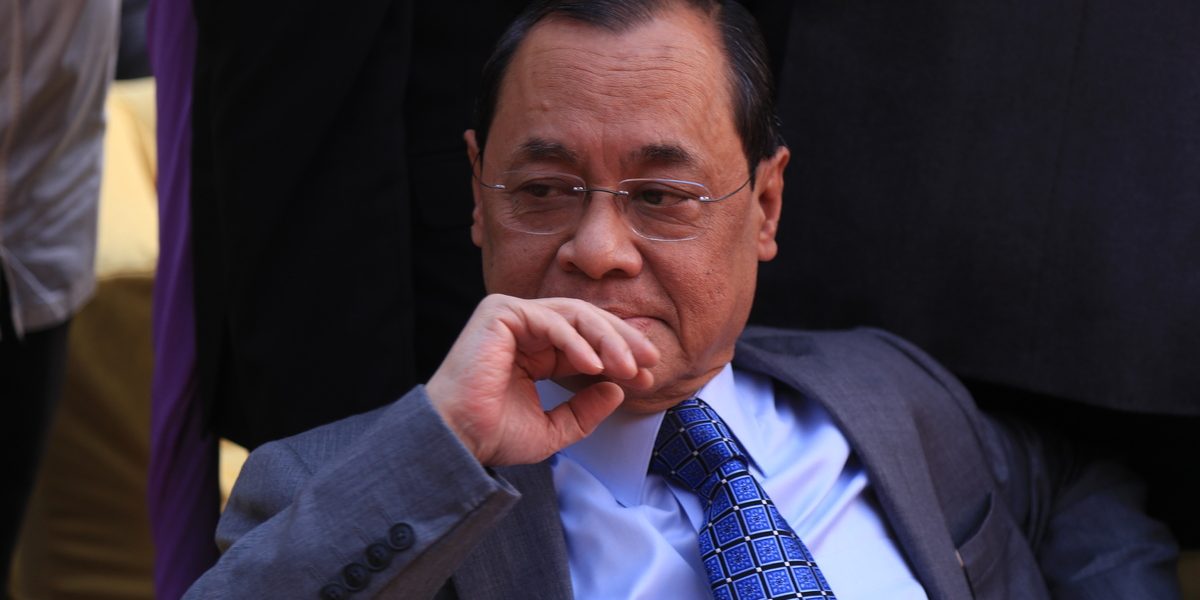 On April 23, Chief Justice of India Ranjan Gogoi appointed the senior-most puisne judge, Justice S.A. Bobde, to conduct an in-house inquiry into allegations of sexual harassment made five days ago by a former employee of the Supreme Court against the chief justice himself. Justice Bobde nominated Justice N.V.Ramana, the next in seniority, and Justice Indira Banerjee to the in-house panel that will examine the veracity of the allegations.

Justice Bobde, in a statement to PTI, has said, “This is going to be an in-house procedure which does not contemplate representation of advocate on behalf of parties. It is not a formal judicial proceeding.”

The in-house mechanism was set in motion after members of the bar expressed their consternation and shock at the utter disregard for basic canons of justice shown by the CJI. He constituted a special bench on a holiday, in response to the complainant’s affidavit sent to 22 judges of the Supreme Court, and used the constitutional platform to articulate his grievance, malign the complainant, attribute motives to her and dismiss the complaint as a conspiracy being launched to destabilise the judiciary.

The constitution of such a bench convened to hear “a matter of great public importance”, the presence of Chief Justice Gogoi and the remarks made by him have thrown up a cloud of doubt about the impartiality of the highest court of the land. Members of the bar, jurists and others strongly condemned this abuse of official machinery and power.

Also Read: Why CJI Gogoi Should Step Away From Judicial Work Till In-House Inquiry is Complete

The constitution of the in-house panel does not and will not dispel the seeds of doubt firmly entrenched in the mind of any prudent citizen who watches with horror how the official machinery, including the institution entrusted with the task of dispensation of justice in a fair and equitable manner, can be misused by those wielding power.

When an additional sessions judge complained of sexual harassment by a judge of the Madhya Pradesh high court, the conduct of the then chief justice in dealing with her complaint was an issue before the Supreme Court (Additional Sessions and District Judge ‘X’ vs Registrar General, High Court of Madhya Pradesh and others). The complainant, in that case, had alleged that she made several attempts to contact the chief justice to bring to his notice incidents of sexual harassment faced by her. The latter denied, through a press release issued at his behest, that she tried to meet him.

The petitioner contended that the chief justice, having asserted that her statements were false, had rendered himself ineligible for any role arising out of the complaint. The Supreme Court bench, headed by Justice J.S. Khehar, accepted this and observed,

The in-house procedure was adopted by the Supreme Court at a full-court meeting on December 15, 1999 for taking suitable remedial action against judges, who by their acts of omission or commission, do not follow the accepted values of judicial life, including the ideals expressed by the Supreme Court in the ‘Restatement of Values of Judicial Life’.

Three sets of procedure for taking such suitable remedial action against judges were laid down. The first related to judges of the high courts, the second to chief justices of the high courts, and the third to judges of the Supreme Court. The procedure to be followed when the chief justice of India is the respondent was not provided and the situation at hand is an unprecedented one!

Three sets of procedure for taking suitable remedial action against judges were laid down, but did not include the procedure to be followed if the CJI was the respondent. Credit: PTI/Ravi Choudhary

The checks and balances suggested by the committee headed by Justice S.C. Agrawal ensured that peers and colleagues would not be entrusted with the difficult and onerous task of evaluating their colleague and determining his innocence or guilt.  Judges from other courts who did not know the respondent personally were therefore to be inducted into the in-house inquiry committee. As the chief justice of any high court did not belong to that state, it was assumed that she/he would be uninfluenced by prior acquaintanceship with the respondent.

As Justice Khehar points out,

It is not as if, the position could not be otherwise. Animosity amongst colleagues is not unknown. Reasons of competitiveness, jealousy and the like are known amongst colleague judges, specially from the same High Court. By excluding judges of the concerned High Court (as the judge complained against), is bound to be beneficial, in both the situations, referred to above.”

The in-house panel constituted by Justice Bobde has summoned the complainant and the secretary general of the Supreme Court to its hearing on Friday. It is not clear though whether this committee has been constituted as part of the in-house procedure or under the sexual harassment guidelines as laid down by the Supreme Court itself in the landmark Visakha case or under any other law. If some clarity emerges about the source of authority or law under which the committee has been set up, it becomes easier to gauge the efficacy and impartiality of such an exercise as well as compliance with such a law.

Justice Ramana recused himself from the committee earlier on Thursday after the complainant formally objected to his inclusion on the ground that Justice Ramana is a close family friend of Chief Justice Gogoi and their families interact with each other on a regular basis, and his presence may therefore not afford her a fair and objective hearing. The complainant also pointed out that Justice Ramana, at a function in Hyderabad on the day she sent her complaint to the judges of the Supreme Court, had said, “We have seen such attempts in the past and we will see some more in the future… Do not be wary of such criticisms as we have to uphold the dignity of the judiciary.”

It is therefore surprising that Justice Ramana should have consented to being on the committee in the first place, after having expressed his view at a public forum. It was improper and highly unbecoming of a judge of the Supreme Court that he should, after articulating in clear terms his opinion, consent to be a member of the committee entrusted with the task of impartially, objectively and fairly investigating the veracity of the allegations made by the complainant. While Justice Ramana’s recusal  may be seen as a positive development, it still does not address the issue of the in-house committee failing to fulfil requirements laid down by the Supreme Court in the Madhya Pradesh high court case and the POSH Act.

Justice Bobde and Justice Indira Banerjee have been called upon to probe very serious allegations that if proved to be true, could result in the impeachment of their colleague. It is precisely for this reason that the in-house procedure frowned upon peer evaluation. The judiciary is highly hierarchical and feudal; the customs, practices, unwritten and unspoken codes of behaviour are shockingly archaic. While it is repeatedly said that the chief justice is the first among equals, Chief Justice Gogoi’s press conference on January, 2018 indicates that it is not so. 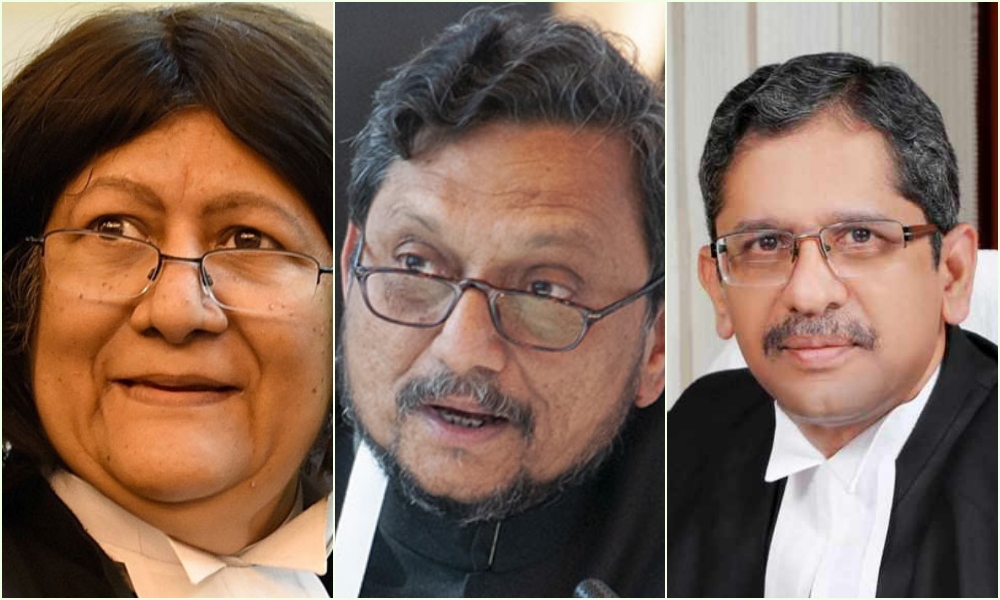 CJI Gogoi has already judged the complaint on its merits, not in his individual capacity but as the chief justice presiding over a specially constituted bench, to decide the very same issue. The fact that he did not sign the judicial order passed on that day does not make his presence and contribution any less significant. The top law officers of the land, Attorney General K.K. Venugopal and Solicitor General Tushar Mehta have also judged the merits of the complaint as well as the character of the complainant. The Bar Council, claiming to act on behalf of the entire community of lawyers, has given Chief Justice Gogoi a clean chit. The Secretary General, Supreme Court, in the official press release, has dismissed the allegations as “false and scurrilous”.

The Visakha guidelines provide for external and impartial participation in an inquiry of this nature, with careful thought given to the choice of committee members. The Sexual Harassment of Women at Workplace (Prevention, Prohibition and Redressal Act) 2013, mandates a gender-sensitive approach in view of the inherent inequities as complaints are made usually against an employer superior in rank. The POSH Act also calls for an impartial and fair enquiry with external participation. The in-house panel constituted has no external participation.

Visakha inquiries envisage a level playing field with sensitivity and concern being shown to the complainant. The complainant here has already been vilified by the chief justice as two other judges remained silent while he did so. The might of the Supreme Court, as is brazenly evident in the Secretary General’s press release, is behind the respondent. Serious doubts about the complainant’s integrity and motives have already been raised by persons in power in their official capacity. Chief Justice Gogoi continues to preside over the highest court of the land and exercises administrative and supervisory control over all the likely witnesses and participants in the inquiry. The Secretary General, after having declared his views so firmly, also continues to discharge his duties, including important administrative decisions.

Propriety, moral obligation and strict compliance with sexual harassment law and guidelines require that prospective witnesses go on leave or do not hold positions of power until the inquiry is concluded.

The in-house committee appears to have been constituted in haste, more in response to public outrage and concern than a desire to address the issue in a fair, proper and impartial manner. Justice Khehar’s well-reasoned observations in the Madhya Pradesh case have been ignored and the constitution of the committee is clearly in violation of the Supreme Court’s order in the said case.

Against this backdrop, the complainant will face a closed-door inquiry, if a fresh in-house committee is constituted, with no legal Counsel to represent her. No sitting judge of the Supreme Court can be entrusted with the task of conducting an inquiry, if the dignity of the institution is to be preserved and the faith of the people in the judiciary restored. Re-constitution of the in-house committee by inducting another judge of the Supreme Court will be contrary to the Supreme Court order in the Madhya Pradesh case and the sexual harassment guidelines.

An investigation should be done in accordance with the law laid down by the Supreme Court with the participation of retired and eminent former judges, jurists and rights activists. The complainant should be permitted legal representation. She should be put on notice about the procedure the new committee will adopt. The chief justice should abstain from all judicial and administrative work until the inquiry is concluded.

As an institution that the country looks up to as the last resort for justice in every sense of the term, it is the duty and responsibility of all the judges of the Supreme Court to resolve this crisis through collective deliberations and a decision that will restore the faith of the ordinary citizen in it’s integrity and impartiality.

S. Devika is an advocate and member of the Forum for Judicial Accountability, Chennai.