The suggested remedy for reducing pending cases has the potential to worsen the crisis further. 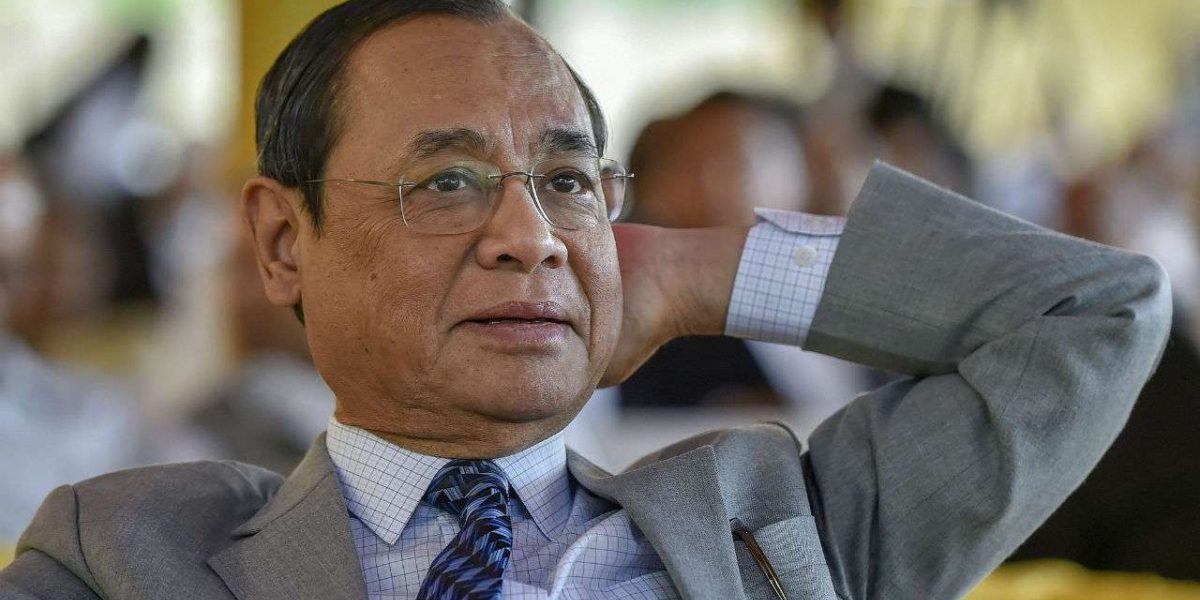 Last week, Chief Justice of India Ranjan Gogoi wrote to Prime Minister Narendra Modi, asking him to increase the Supreme Court’s current sanctioned strength of 31 judges, ostensibly to tackle the continuing rise in pendency of cases. The court, which began with a sanctioned strength of eight judges, saw the number of judges rise to 11 in 1956, 14 in 1960, 18 in 1978, 26 in 1986 and 31 in 2008.

Rather than increasing the number of judges mechanically every few years, the question that needs to be asked is why earlier increases have had little effect on reducing pendency, if that has been the objective. On the contrary, there is enough data to show that adding to the number of Supreme Court judges means more division benches of two or more judges, leading to multiplicity of judgments.

It is to avoid this possibility that the Supreme Court, in its early days, used to sit en banc (full court) to decide cases. But the continuing rise in the number of judges made this tradition impractical. The famous US Supreme Court judge Felix Frankfurter suggested to India’s constitutional adviser B.N. Rau during the preparation of India’s draft constitution that it should have a provision to enable the court to sit en banc to decide all cases. But his advice was ignored.

Former Chief Justice of India T.S. Thakur rightly understood the implications of the crisis posed by the docket explosion when he prioritised the hearing of a public interest litigation (PIL) filed by advocate V. Vasanthakumar from Puducherry. The petition sought the establishment of a National Court of Appeal with benches of the Supreme Court in Chennai, Mumbai and Calcutta. The PIL was supported by senior counsel K.K. Venugopal, who was also appointed as the case’s amicus curiae. Considering the complexity of the issue, the CJI Thakur-led bench referred it to a constitution bench, as the CJI was close to retirement. His successors, however, have not felt a similar urgency to prioritise the matter and constitute a constitution bench for this purpose.

Also Read: How the Congress Manifesto Fares on Judicial Reform

Vasanthakumar’s petition relied on the Supreme Court constitution bench’s judgment in Bihar Legal Society vs Chief Justice of India (1986). In this case, it was held that the apex court was never intended to be a regular court of appeal against orders made by high courts. It was created for the purpose of laying down the law for the entire country. Extraordinary jurisdiction for granting special leave was conferred upon it under Article 136 of the constitution, allowing it to interfere if it considered that the law was not correctly enunciated by lower courts or tribunals, and it was necessary to pronounce the correct law on the subject.

This extraordinary jurisdiction, the court was clear in that case, could be exercised by the apex court for the purpose of correcting grave miscarriages of justice. But such cases would be exceptional by their very nature.

“We must, therefore, reconcile ourselves to the idea that like the apex court, which may be wrong on occasions, the high courts too may be wrong, and it is not every error of the high court which the apex court can possibly correct,” Vasanthakumar’s petition argued with a persuasive plea to follow the apex court’s suggestion in Bihar Legal Society to establish a National Court of Appeal.

The Supreme Court has held that it was never intended to be a regular court of appeal against orders made by high courts. Photo: PTI

The Law Commission, in its 125th report, recommended the establishment of a Federal Court of Appeal with branches in north, south, east, west and central India for the convenience of people. Whenever the question of constitutionality occurs, the Supreme Court can sit en banc in Delhi to deal with it, the report suggested. The Commission’s 229th report also recommended the setting up of four cassation benches in northern, southern, eastern and western regions to deal with all appellate work arising out of the orders/judgments of high courts of that particular region.

Vasanthakumar’s petition was stoutly opposed by the then attorney general (AG) Mukul Rohatgi. Venugopal, who succeeded Rohatgi as the AG, perhaps finds his options limited in view of the reluctance of CJI Thakur’s successors to set up a constitution bench to hear the case.

The CJI’s proposal to increase the sanctioned strength of the Supreme Court, therefore, is a misplaced remedy for a serious crisis afflicting the court. On the contrary, the suggested remedy has the potential to become a contributory factor for the crisis to worsen further. 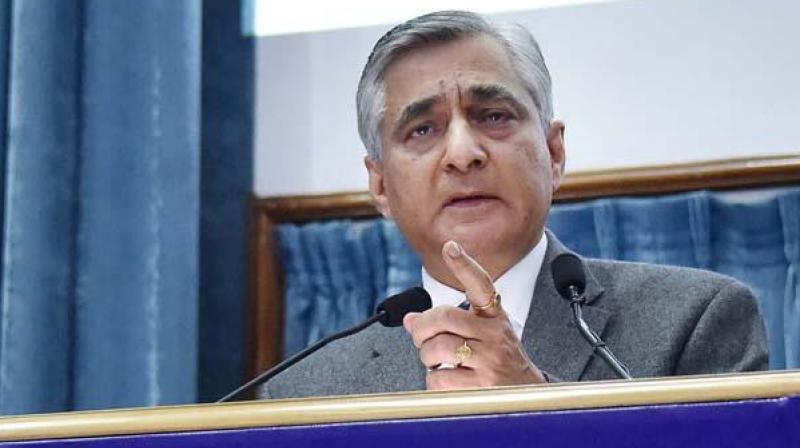 Today, instances of conflicting decisions of different benches of the Supreme Court often come to the fore. The Supreme Court sits in 10-15 division benches of two or more judges each. If the number of judges goes up, there will be more division benches. This gives rise to the possibility of benches dealing with similar cases interpreting precedents differently, thus rendering inconsistent judgments.

One notable example was when a bench of three judges last year expressed its displeasure with the lack of discipline by another three-judge bench over the interpretation of Section 24 of the 2013 Land Acquisition Act.

This provision deals with the question of when the land acquisition process under the previous Land Acquisition Act, 1894 shall be deemed to have lapsed. In other words, to avoid acquisition proceedings from lapsing, the district collector must mandatorily deposit the compensation amount – which a beneficiary declines to accept – in court.

The bench of Justices Arun Mishra, Adarsh Kumar Goel and Mohan M. Shantanagoudar, with the last judge dissenting, held on February 8, 2018 in Indore Development Authority v Shailendra (Dead)  that the previous judgment rendered in 2014 by a three-judge bench on the subject was per incuriam. ( Per incuriam means a decision taken without due regard to law or facts, and which need not be followed by courts). The bench in 2014 had held that if the municipal corporation had deposited the compensation, payable to the land losers in the treasury, and not in court, the acquisition proceedings would be deemed to have lapsed. Many subsequent decisions in the Supreme Court and the high courts followed this ruling.

In the Indore Development Authority case, the Arun Mishra-led bench held that the 2014 bench ignored the rules made by various state governments under Section 55 of the old Land Acquisition Act. These rules, according to the Arun Mishra bench, permit compensation payable to the land loser (beneficiary) to be deposited by the district collector in the government treasury, if the beneficiary neither contests the compensation award in a court, nor agrees to accept it.

Observers, however, pointed out that the Arun Mishra bench ought to have considered the fact that the new Land Acquisition Act, passed by Parliament during the UPA’s term, aimed to benefit the land losers, and therefore, if some of them declined to accept the compensation without going to the court, they should not be discriminated against merely on that ground, and deprived of being entitled to the benefits of lapsing of the acquisition.

The then CJI Dipak Misra referred this case for consideration by a five-judge bench in March 2018. Unfortunately, the CJI Misra-led constitution bench, while deciding several landmark cases, did not find time to hear this case. Misra’s successor, CJI Ranjan Gogoi, too has not found it feasible so far to constitute a bench for the purpose. If the CJI could not find five judges among 31 to decide this case on priority, how the presence of a few more judges will help him to do so is not clear. At stake are 245 decisions of the Supreme Court, and thousands of high court decisions, which were based on the 2014 Supreme Court decision on the land acquisition process, and which has now been declared per incuriam by the Supreme Court in 2018. Many pending land acquisition cases could be decided swiftly, if only the constitution bench decided this case on priority.

With half of his tenure already over, CJI Ranjan Gogoi now has only four-and-a-half months before he retires. With no Constitution bench judgment having been delivered during his tenure so far, his proposal for increasing the sanctioned strength of the apex court appears to be an effort to rationalise the court’s failure to effectively address the docket explosion.

The only constitution bench of five judges which the CJI set up after assuming office last October was in the Ayodhya title case, and it was a surprise, because there was no reference seeking its setting up by a three-judge bench.  And it has been a non-starter, with the bench deciding to first try the mediation route, by setting up a three-member committee.