The country's top judge said that laws passed now suffer from a lack of clarity, which is creating a lot of litigation and inconvenience. 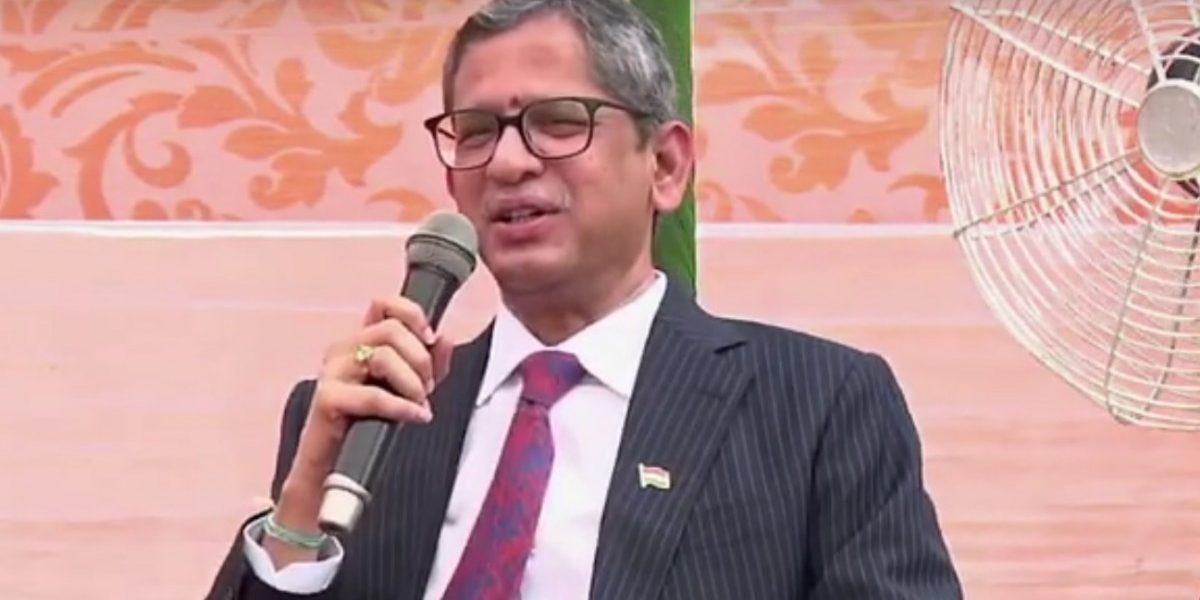 New Delhi: On a day when India steps into the 75th year of Independence, Chief Justice of India (CJI) N.V. Ramana expressed unhappiness at the increased lack of debates in the temple of the world’s largest democracy, the Indian parliament, and in the state assemblies, while laws are being enacted.

The CJI’s remarks, made at an event organised by the Supreme Court Bar Association to celebrate 75 years of Independence, hold significance particularly when most of the 20 Bills cleared in the just-concluded monsoon session of parliament were passed only with a voice vote and without any debate.

The crucial observations of the CJI also assume significance in connection with a case where though the apex court is seized of matters concerning appointment in tribunals, the Centre went ahead and secured the passage of the amendment Bill relating to tribunals without any debate in parliament. The Bill restored provisions struck down by the Supreme Court recently.

Justice Ramana said that in the past, parliamentarians and legislators would discuss and debate on Bills in both the Houses of parliament and in various state assemblies, which helped the courts to comprehend better the intent and object of the laws. Citing an instance of such parliamentary debates, he said during a discussion on a Bill to amend the Industrial Disputes Act, an MP from Tamil Nadu, “Mr Ramamoorthy”, affiliated to the CPI(M), “discussed it elaborately, its consequences and how it would affect the working class.”

He said in the same way, different legislations used to be deliberated. “So the burden of the courts while interpreting or implementing the laws used to be less, as we had a clear picture as to what was the purpose behind the making of a particular law and what the legislature thought while making the law,” CJI Ramana said.

The CJI said, “Now, (it is) a sorry state of affairs… there is no clarity regarding the laws.” The country’s top judge said that this is a consequence of the absence of intellectuals and visionaries from houses of parliament and assemblies.

The Wire has transcribed Chief Justice of India N.V. Ramana’s full speech below. It has been slightly edited for style and clarity.

Today is a very happy and historic day in the country’s history. Apart from celebrating this Independence Day, this is an occasion for all of us to rethink and review our policies; and what we have achieved and what we are to achieve in our future days.

Seventy-five years is not a small period in a country’s history. But at the same time, we have to look into the vast population and geographical conditions of this country, particularly when Independence was [achieved] in 1947. I still remember, [when] I was around ten years [old], when we went to school [on Independence Day], as a celebration, they [the school authorities] used to give [us] a piece of jaggery and murmura and a small flag; we used to enjoy, we used to feel it was a proud moment.

A lot of things, lot of development has taken place after that. The small things which we used to get in the school days used to make us very happy and proud of the event. Even though today we have so many facilities and we are getting so [many more] things, we are not happy. The reason is, I think, our saturation levels have reached the bottom.

Most importantly, I want to mention to you only one thing today. I don’t want to give a long bhashan [lecture].

We have seen during the independence struggle, that it was led by lawyers. You take any national level leader, freedom fighter – from Mahatma Gandhi, Sardar Patel, Nehru, Babu Rajendra Prasad, all were from the legal community, legal luminaries. They had not only sacrificed their profession but also sacrificed their properties, everything, their family. They led the movement, got independence for the country. If you take into consideration the first members of the Lok Sabha, the Rajya Sabha and different houses of the states, they were filled with lawyers.

Unfortunately, over a period of time, you know what is happening in the houses, during [passing of] legislations in parliament, any other house. If you see the debates which used to take place in the houses those days [in the past], they were very wise, constructive. They [the parliamentarians, legislators] used to debate any legislation which they were making.

I have seen debates which had taken place about the Industrial Disputes Act, some amendments (in the Act). A member from Tamil Nadu, Mr. Ramamoorthy, a CPI(M) leader… discuss[ed] so elaborately (the amendment Bill). What are the consequences if you make those amendments; how it would affect the working class if you bring those amendments. [In the] same way, different laws used to be discussed and deliberated. So the burden of the courts while interpreting or implementing the law, used to be less. We had a clear picture [about] what the legislature thought, what they want to tell us, why they were making such a legislation.

Now, [it is] a sorry state of affairs. We see legislations with a lot of gaps, lot of ambiguities in making laws. There is no clarity in [the] laws. We don’t know what [is] the purpose of the laws, which is creating [a] lot of litigation, inconvenient, and loss to the government as well as inconvenience to the public.

This is what happens if intellectuals and visionaries like lawyers are not there in the houses. I don’t want to say more than this. It is time [for] the legal community to lead, to participate actively in social life and public life. Don’t confine yourself only to your profession, earning money and living comfortably. Please think over and we must also actively participate in public life, do good service. I hope and expect good days will come to the country and you will contribute your knowledge, your wisdom, your experience, to this country and people will feel happy.

It is a great moment, I feel very happy. This year, we have also completed 75 years [of independence]. In the legal field also, we have done so much. The Supreme Court has thought and given more than what the constitution thought of, not only by interpreting the constitution [but by] by expanding the scope, providing rights to the people, taking into consideration the problems of the citizens of this country. The honourable court has also played a very active role in it. I hope and expect that we [the Supreme Court] will contribute more. We [the Supreme Court] have given one of the wonderful services – the Indian Legal Services Authority Act, [which] has completed 25 years. It is providing legal aid to the county. Nowhere in the world, there is [a provision] to provide free legal aid to 75% of the population. Of course, there are some small issues about the quality [of the service] and all that; now we have taken care of that also.

You all participate in the legal aid movement, in public life. I wish you all success and I think this year, most probably on November 26 and 27 [on Constitution Day], we may have a two-day seminar and workshop. You all participate actively [in it]. I thank you once again for giving me this opportunity.

I wish you all a very happy Independence Day.