Why the Citizenship (Amendment) Bill Is Unconstitutional 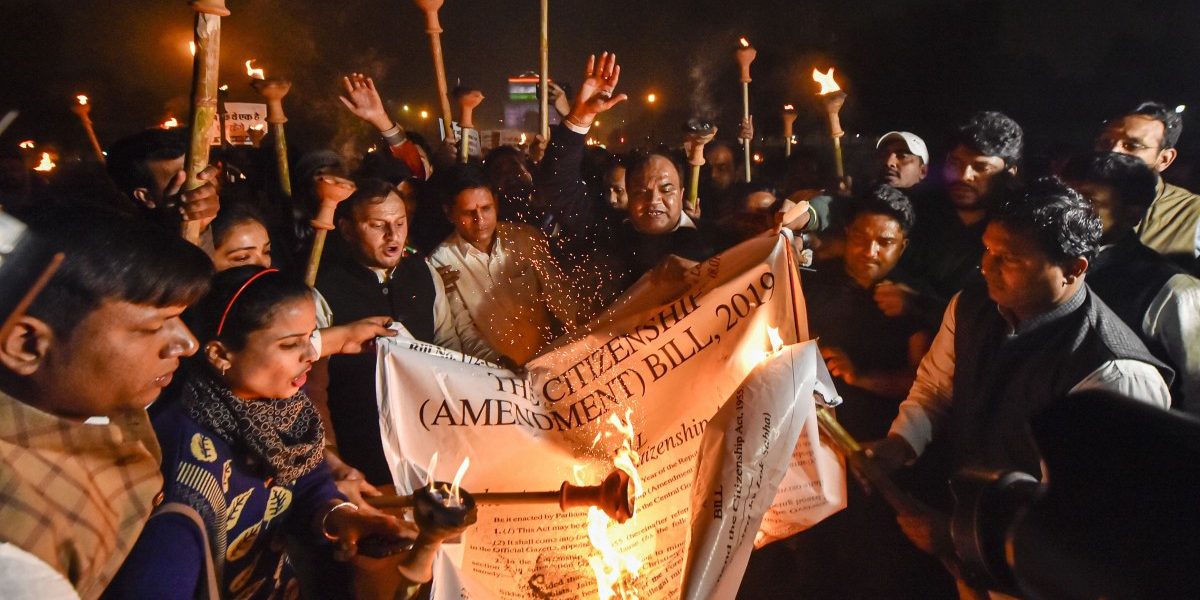 A candlelight march against the Citizenship (Amendment) Bill in New Delhi. Photo: PTI

The Citizens (Amendment) Bill, 2019 (CAB) has been passed by both houses of parliament, and got the assent of the president.

Since a lot of controversy has been raised over it, it needs a dispassionate analysis.

Assam has had an influx of a large number of Bangladeshi immigrants who came after the Partition of 1947. Some (Hindus, Buddhists, etc.) came due to religious persecution by the Muslim majority. But many poor Muslims also came for a better life.

Such ‘economic refugees’ – those who migrate not due to religious persecution but to seek a better life – are not, strictly speaking, refugees as defined in the UN Refugee Convention, 1951. But the fact is that worldwide, there are a large number of ‘economic refugees’. For example, the US has about 11 million undocumented immigrants from Mexico who migrated to have a better life. Many of them have been living there for decades, and now have little roots in Mexico.

What is to be done to them? President Donald Trump wants them deported to Mexico, but that is easier said than done.
In India under the Assam Accord, only those Bangladeshis who came into Assam before March 1971 would be granted citizenship under the Citizenship Act. But CAB will make people of six religions – Hindus, Sikhs, Christians, Parsis, Buddhists and Jains – who came from Pakistan, Afghanistan and Bangladesh Indian citizens, provided they have lived in India since before 2014.

The CAB omits mention of Muslims, and this is where the controversy lies.

The Bharatiya Janata Party government justifies this discrimination by saying that Muslims did not come into India due to persecution, whereas people of other religions did. But this is only a pretext. The real reason is that the BJP knows that Muslims will vote against them in elections, and so wishes to deny them citizenship (which carries voting rights).

Also, what is overlooked is that many Muslims in Pakistan – Shias, Ahmadiyyas, etc. – are also persecuted there, and may come to India to avoid persecution. While by a constitutional amendment Pakistan has declared Ahmadiyyas to be non-Muslims, the Kerala high Court has declared them Muslims, and Ahmadiyyas regard themselves Muslims. However, they are treated horrifically in Pakistan.

Many Assamese are protesting because they do not want any immigrants in Assam, whether Muslim or non-Muslim, and object to citizenship being given to any immigrant. Others are objecting to the CAB for other reasons. The whole of Assam is in flames, and in many places the army has been called.

The truth is that many Bangladeshi Muslims have been living in Assam for decades, though they may not have come here legally. Many were even born in Assam. They have no roots now in Bangladesh. Where are they to go if deported? Bangladesh has said it will not accept them. This is a humanitarian problem, not just a legal one.

One of us (Justice Katju) remembers once when he was sitting on a Supreme Court bench, a case came regarding illegal squatters in jhuggi jhopdis in Mumbai. The senior judge on the bench shouted that these illegal squatters have no legal right to remain where they were living, and must be thrown out, to which Justice Katju coolly retorted, “But brother, where are they to go? Should they be dumped into the Arabian Sea? It is not just a legal problem, it has also a humanitarian aspect.”

In National Human Rights Commission vs State of Arunachal Pradesh, 1996, the question was about Chakma refugees, who were undocumented immigrants from Bangladesh. The court observed that the fundamental right to life and liberty guaranteed by Article 21 of the constitution is also available to Chakmas, though they were not Indian citizens.

In light of that, the CAB is unconstitutional as it violates both Articles 14 and 21 of the constitution.