The plea contends that the Taj Mahal is actually an old Shiva temple called 'Tejo Mahalaya' and seeks for the creation of a fact-finding team to open the mausoleum's sealed doors and put the supposed controversy to rest. 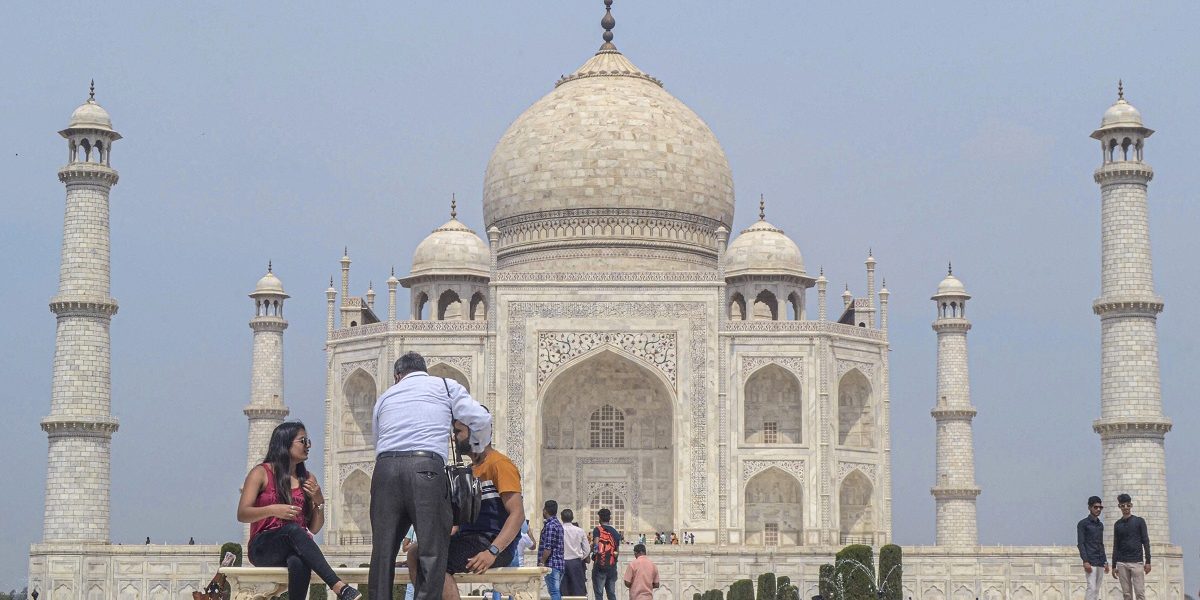 New Delhi: A Bharatiya Janata Party (BJP) leader has filed a petition before the Lucknow bench of the Allahabad high court seeking directions to the Archaeological Survey of India (ASI) to open the doors of 22 sealed rooms within the Taj Mahal to put to rest an alleged “controversy” regarding the monument’s history.

According to a report by Live Law, Rajneesh Singh, the BJP’s media in-charge in Ayodhya, has sought, through his petition, for a fact-finding team to be assembled to establish the “true history” of the Taj Mahal.

Filed through advocate Rudra Vikram Singh, the petition contends that “some Hindu groups and reputable sants” have claimed that the Taj Mahal is actually an old Shiva temple which was known as ‘Tejo Mahalaya’ and is not, as is popularly thought, a tomb which was commissioned by Mughal emperor Shah Jahan in memory of his wife, Mumtaz Mahal.

Invoking India’s secular nature, the plea further calls it “our collective responsibility to end all such controversies and disputes which lead to any clash between the people of two religions,” arguing that Hindus and Muslims have long since been fighting over the origins of the World Heritage Site.

The plea also points to a number of supposed inaccuracies in the accepted history of the Taj Mahal. It notes that “many books” describe the name of Shah Jahan’s wife as ‘Mumtaz-ul-Zamani’ and not Mumtaz Mahal. Moreover, it calls the fact that the tomb took 22 years to be completed “beyond the reality and totally an absurdity (sic)”.

Further, the plea cites “many history books” to argue that the Taj Mahal was actually built in 1212 CE by one Raja Paramardi Dev, which was later inherited by erstwhile Maharaja of Jaipur Raja Maan Singh and then, by Raja Jai Singh.

The plea contends that the ‘palace’ was annexed by Shah Jahan in 1632 and converted into a mausoleum for his wife.

As stated in the BJP leader’s plea, around 22 rooms in the monument have remained sealed and “many Hindu worshippers” believe that the temple of Shiva lies in those rooms.

Responding to a Right to Information (RTI) query, the ASI had noted that the rooms have remained closed due to security reasons.

Saying that the monument is a “glorious achievement of Indian art and archaeology”, the plea contends that the Taj Mahal should not be allowed to be made a “victim of ‘historical fraud’ and an infringement of Indian tradition and heritage”.

Identifying the Taj Mahal as a mausoleum would be “giving a go-bye to its origin and actual creation as a palace/temple”, the plea further argues.