Previously, the apex court had ordered that the ban on night traffic on the national highway passing through the Bandipur tiger reserve would continue to remain operational. 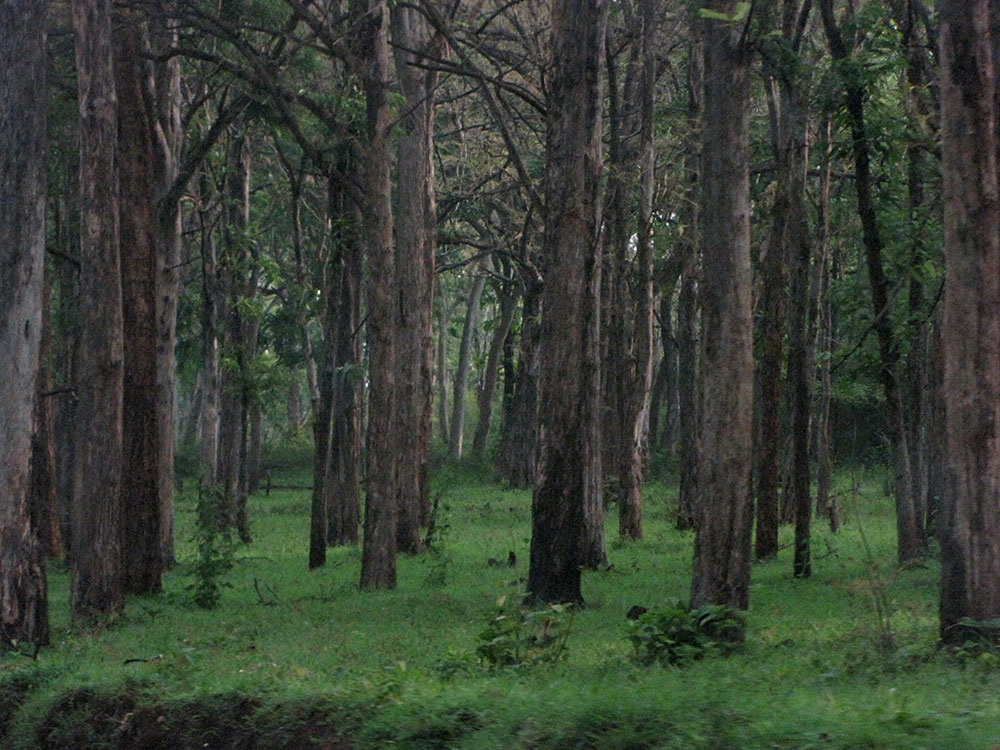 Bandipur Forest, Karnataka, a sanctuary for a small group of tigers. Credit: vijaysawant/Flickr, CC BY 2.0

New Delhi: The Supreme Court on Friday granted the Centre additional four weeks to respond to its suggestion for constructing an alternative route to ensure that roads passing through the Bandipur Tiger Reserve are closed off permanently, according to Deccan Herald.

A bench comprising Justices R.F. Nariman and Surya Kant also directed the Ministry of Road Transport and Highway and the Ministry of Environment, Forest and Climate Change to file their responses in the matter.

Previously, on August 7, the Supreme Court had ordered that the ban on night traffic on the national highway passing through the Bandipur tiger reserve would continue to remain operational and also asked the Centre to propose a “permanent solution to obviate passing of the highways through the core area of tiger reserve”

“What needs to be done is the strengthening of an alternative route,” the bench said.

While the states of Karnataka and Tamil Nadu supported the ban on night traffic to protect the reserve’s wildlife, the Kerala state government claimed that the restriction affected business and the movement of goods. The Karnataka government, in turn, had said that an alternative route was already under development and a sum of Rs 75 crore had been spent on it.

Petitioners who had filed the PIL that led to the traffic restrictions claimed that the roads passing through the core and buffer zones of tiger conservation areas ought not to be permitted at all.

The Karnataka government also asserted that the strengthening of the alternative route to the city of Mysuru was underway.

Last year, before the Supreme Court order on August 7, 2019, the Ministry of Road Transport and Highways had written to the Karnataka government seeking its consent to lift the ban on night traffic on National Highway 766 passing through Bandipur National Park.

The ministry had also argued that using an alternative route had resulted in an “avoidable consumption of fuel” and is a “huge import burden for the country”. The ministry had also recommended widening the existing road in a letter to the Karnataka Chief Secretary on July 21.

The Centre later backtracked on its proposal for the 460 crore elevated highway project and said that it did not favour the project to contract five elevated sections of the one-km stretch.

The traffic ban on two national highways – NH 67 and NH 212 – linking Karnataka with Tamil Nadu and Kerala was imposed by the Karnataka high court in 2009.