The Majoritarian Assumptions That Birthed a Populist Verdict

The Supreme Court judgment unjustly placed the onus on Muslims to prove that the Babri Masjid was built without destroying a prior Hindu structure. 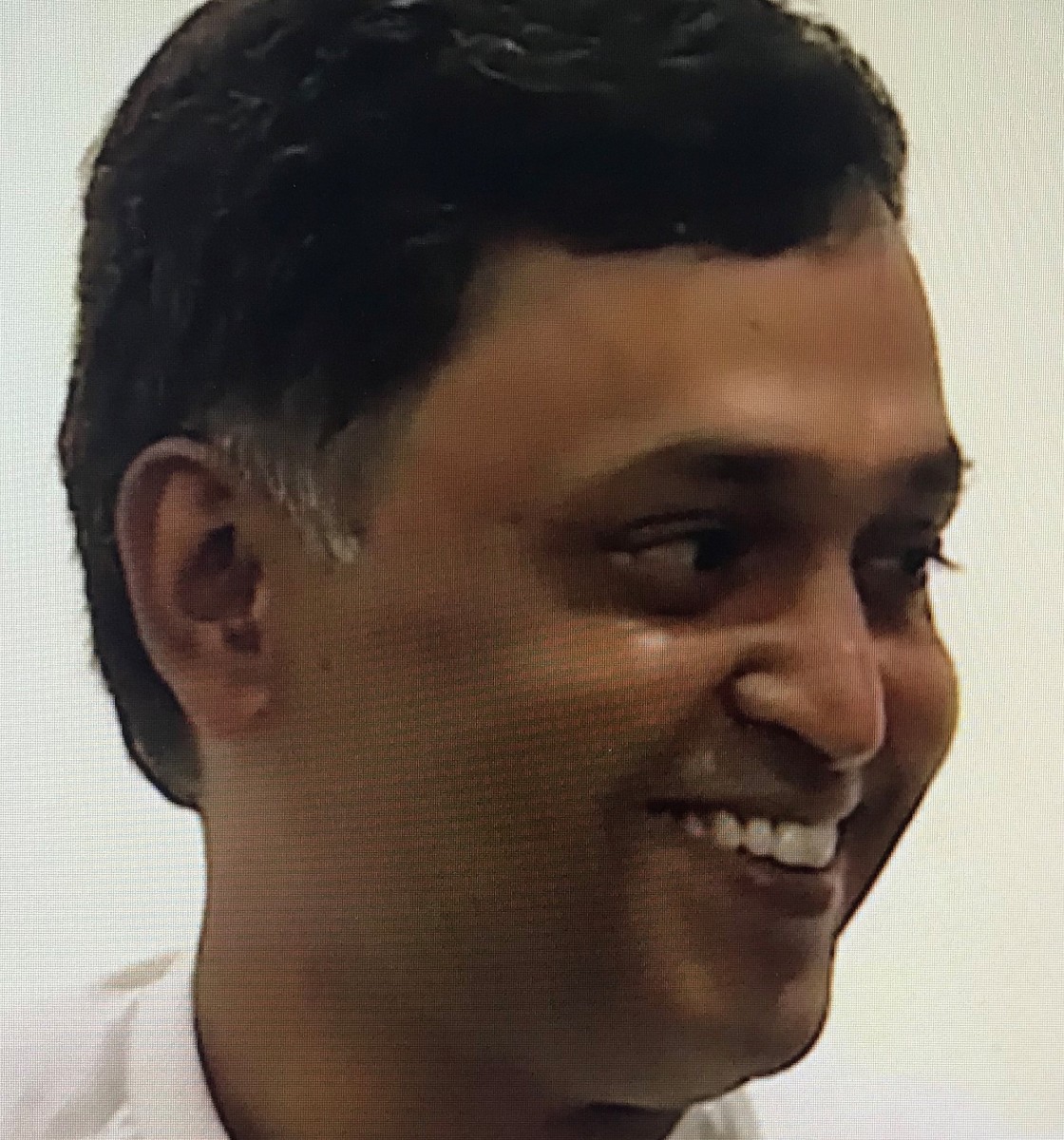 The judgment delivered by India’s Supreme Court on the long-pending Ayodhya dispute is nothing less than shocking.  Prime Minister Narendra Modi hailed the judgement as one that brought a “new dawn”. However, one wonders how!

Briefly, the judgment validates the Hindu claim that the Babri mosque, built in the sixteenth century by “Muslim invaders” and in place until 1992, was constructed on the ruins of a Hindu temple – believed to be the birthplace of Lord Ram. As is well known, mobilised kar sevaks, in cahoots with the state agencies, demolished the mosque on December 6, 1992.

The SC has ordered the central government to establish a trust and build the Ram temple. However, recognising that “Muslims have been wrongly deprived of a mosque” built “well over 450 years ago,” it ordered allotting a separate plot of land to the Muslim Waqf board elsewhere. Notably, while the order makes it obligatory for the government to build a temple, a similar obligation regarding the mosque is missing. The order states that the Waqf board “would be at liberty” to build a mosque.

It is my argument that the SC judgment is profoundly populist.

It is populist because it is based on a prior unverifiable Hindu majoritarian assumption that Lord Rama was born exactly on the same spot where the Babri Masjid stood. Unjustly placing the onus on Muslims to prove that Babri Masjid was built without destroying a prior Hindu structure, the 1045-page judgement appears as an exercise –at times, fairly a rushed one – to validate the Hindu majoritarian assumption. A similar example of judicial populism is the recent remark by Justice S.R. Sen of the Meghalaya high court that India should have been declared a “Hindu country.”

Majoritarian assumptions in the judgment

There are two core elements of judicial populism. Firstly, judicial populism, writes Upendra Baxi, “identifies the will of the people with justice and morality” to disregard the process of evidence formation, fidelity to fairness and the non-negotiable idea of justice. Second, as I have argued elsewhere, one important feature of Indian populism is the very notion of “authentic” people as coterminous with Hindus, with Muslims being outsiders and alien to the nation.

The assumption that belief of the Hindu majority equals justice is manifest in the judgement as follows:

“It is thus concluded on the conclusion that faith and belief of Hindus since prior to construction of Mosque and subsequent thereto has always been that Janmaasthan [birthplace] of Lord Ram is the place where Babri Mosque has been constructed.”

Leaving aside the tautology in the sentence – it is thus concluded on the conclusion – curiously, the judgement places belief of Hindus beyond time: “always.”

Yet, it unsuccessfully attempts to provide evidence to Hindus’ belief. Referring to Hindu scriptures, the judgment states that the belief of Hindus about the birthplace of Lord Ram cannot be “groundless”. Do these scriptures specify the exact location of Lord Ram’s birthplace as the same spot as Babri masjid’s? Certainly not! Unaddressed also remains the debate, as noted by anthropologist of Hinduism, Peter van der Veer, about whether Ayodhya of the epic Ramayana is the same as the contemporary Ayodhya. Devotees walk past the pillars that Hindu nationalist group Vishva Hindu Parishad say will be used to build a Ram temple at the disputed religious site in Ayodhya, October 22, 2019. Photo: Reuters/Danish Siddiqui

The urge to prove the exact birthplace is such that the judgement approvingly cites the statement of one witness, Rajinder Singh (a Hindu, as an analyst speculates). Singh claims that his study of books on “Sikh Cult” makes it “evident” that the “disputed land is a birthplace of Shri Ramchanderji and Guru Nanak Dev [Sikhism’s founder] had sought the darshan of Shri Ram Janam Bhoomi Temple.” Anmol Singh shows the inauthenticity of the entire claim, including the absent citation. Mark that Sikhism is pejoratively called a cult, not a faith.

Logically, the burden of proof to demonstrate their respective claims could have been placed on either of the parties to the dispute or both. But by placing this burden singularly on Muslims, the judgment favours Hindus even though archaeological evidence offers no categorical proof that Babri Masjid was built by demolishing a prior structure.

However, it also asserts that the mosque was not built on a “virgin” land. To this end, it refers to artefacts “pertaining to Hindu religious places” found during excavation. Leaving aside the certitude of this “evidence” and the conclusion drawn therefrom, the crucial question that excavation became possible only after the mosque’s destruction is left as unworthy of any discussion.

Anthropologists studying archaeology maintain that excavation is not an impartial study of “reality” or “fact” but instead their creation, which in turn re-arrange both reality and fact, often as neat layers or sequences. Such concerns about precise chronologies and periodisation are often implicated in nationalism, which in India is at once against and beholden to colonialism.

One key colonial strategic invention was the depiction of Muslims as conquers-invaders-outsiders and of Hindus as indigenous-subjugated whom the British liberated from Muslims’ tyranny. As Prime Minister, Modi staged this notion of Muslims as outsiders in one of his first speeches in the Parliament when he used the phrase “twelve hundred years of servitude.”

The British depicted Muslims as foreigners to polarise Hindus and Muslims against each other and present their own foreign conquest as enlightened. Historian Barbara Metcalf observes that The History of India, as Told by Its Own Historians (1849) by Henry Elliot was one such strategic manual.

The judgment displays this assumption right on the introductory page: “The lands of our country have witnessed invasions and dissensions.” On the next page, it mentions the rule of Mughal emperor as “conquest” that demolished the ancient Ram temple. Elsewhere, it approvingly cites, “with emphasis supplied,” a colonial gazetteer, which portrays Babur as a “conqueror.”

Importantly, the judgement doubts the interpretation of inscriptions on the mosque, including its precise year of construction, by Alois Führer, a German orientalist. A similar doubt is absent about Führer’s other opinion cited in the judgment: “The old temple of Ramachandra at Janamasthanam must have been a very fine one, for…its columns have been used by the Musalmans in the construction of Babar’s masjid.”

This absence shows subscription to colonial history erected on lies and fantasies. When the British captured Kabul in 1842, they destroyed the central mosque of Ghazna and spuriously claimed its main gate as the gate of Somnath temple. According to historian Mannan Ahmed Asif, to brand Muslim rule as tyranny and consolidate the British East India Company’s domination, Lord Ellenborough (d. 1871) presented the alleged gate of the Somnath temple to Hindu leaders as “memorial of your humiliation”, which was also a “record of your national glory.” The so-called Somnath gate was then taken in a procession and Hindus exhorted to pay respect to.

My argument is not that Muslim rulers did not destroy temples. Certainly, they did. But they also offered patronage and grants to temples. Likewise, Hindu rulers too destroyed places of worships of other faiths. Anthropologist Peter van der Veer details competition and violent conflict among the Rāmānandī order of monks in Ayodhya.

What I stress is the British creation of history as a polarising paradigm, its subsequent institutionalisation as hegemonic knowledge and its widespread currency in our very present. Lala Lajpat Rai (d. 1928), a famous Hindu freedom fighter, noted the wicked effect of colonial knowledge:

At that time, a book on Indian history called Waqiat-i-Hind used to be taught at Government schools. That book created in me the feeling that Mussalmans had subjected the Hindus to great tyranny. Gradually the respect for Islam that I had acquired from early training began to change into hatred because of study of Waqiat-i-Hind.

A powerful example of the polarising paradigm of colonial history between us-Hindus versus them-Muslims is the misleading distinction between Indic and foreign religions. While Hinduism, Buddhism, Jainism and Sikhism are deemed Indian or indigenous, Islam and Christianity are branded as foreign. Though the judgment denies this distinction in the specific context of non-human as juristic personality, this premise informs the judgment throughout. At times, denial as a disclaimer is needed precisely because of the presence of that which is denied.

Also read: Looking Back at the Colonial Origins of Communal and Caste Conflict in India

Faith and belief in justice

My argument and critique of the judgment as an Indian citizen are calls for decolonial jurisprudence liberated simultaneously from colonialism and its close kin, nationalism. Even for the postcolonial Indian period, the judgement continues to use the colonial term Mohammedan rather than Muslim.

My call for a decolonial jurisprudence is difficult to secure. However, it is not impossible. Integral to this jurisprudence is the premise that there are also faiths and beliefs other than the ones the judgment appears to be preoccupied with.

It is the faith and belief of citizens – agnostic, atheist, religious, secular and the like – in democracy and justice beyond the logic of fear and lure. At least, it was this faithful hope that awakened me in the chilling cold during the wee hours of the night on November 8 in Germany to read the SC judgment.

Honorable judges, can democracy and judiciary become faithful to such a hope in justice? A hope, which is not only mine! It is also the hope of a people interpretatively interrupted and yet to be recognised!

Irfan Ahmad is a political anthropologist and senior research fellow at Max Planck Institute for the Study of Religious and Ethnic Diversity, Göttingen, Germany. With Pralay Kanungo, he is the co-editor of The Algebra of Warfare-Welfare: A Long View of India’s 2014 Election (Oxford University Press, 2019). He tweets @IrfanHindustan.