Two recent verdicts of the Gauhati high court have highlighted the human cost brought by procedural and systemic issues and reflect a failure of the justice system to employ a humane approach. 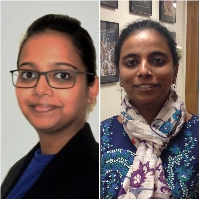 Two widely reported recent orders of the Gauhati high court have drawn attention to the issue of documents submitted by ‘suspected foreigners’ being deemed insufficient by Foreigners Tribunals to establish Indian citizenship. These tribunals, quasi-judicial authorities in Assam, have been deciding on matters pertaining to citizenship in order to identify foreigners. The process begins by the border police or the Election Commission referring the case of a suspected foreigner to the Foreigners Tribunal. The tribunal calls on the person to appear before it and prove that they are not a foreigner, and then passes an order in favour or against them.

Anowara was declared a foreigner by a tribunal in Bongaigaon in 2018 on the ground that “none of the link documents… stood proved through the legal testimony of the issuing authority”. The human cost in terms of loss of their identity, loss of belonging, and loss of the right to live in the country, due to procedural and systemic issues reflect a failure of our justice system in employing a humane approach before permanently altering a person’s life.

Persons appearing before Foreigners Tribunals need to produce identity documentation proving that they were born in India and are descended from persons who entered India before March 24, 1971. Such persons are allowed to produce secondary evidence such as university certificates or gaon panchayat certificates for this purpose. However, in order for such secondary evidence to be considered valid proof of their presence in India pre-1971, the person issuing the certificate must appear before the tribunal to testify and prove that the document is genuine. This would mean that the principal of a university/school or the head of a gaon panchayat must appear before the Foreigners Tribunal to testify on the contents of the document and its authenticity. In Anowara’s case, the head of the gram panchayat and headmaster of her primary school failed to appear before the tribunal.

Failure of issuing authorities to appear

The authors analysed 787 orders and judgments of the Gauhati high court to understand how matters of citizenship were being decided. One in two people are declared foreigners because issuing authorities fail to appear before the Foreigners Tribunals to testify that the documents produced are genuine and true to their knowledge. As all the cases analysed were filed by the persons who were declared to be foreigners (the authors did not come across any cases at the high court which were filed by the state regarding the citizenship of persons), there is a need to understand how the state government and the high court are handling this issue since the court has reversed the findings of the Foreigners Tribunals in only 3% of the cases.

Although not classified as criminal cases, cases filed against persons suspected of being foreigners are litigated between the concerned person and the state. In criminal cases, courts issue notices to witnesses to depose before them. If a witness fails to appear before the court, the court can even issue an arrest warrant against the witness to ensure their appearance before the court. If such measures can be taken in a regular criminal case, should not such measures be taken to secure the presence of key witnesses before declaring a person a foreigner and deporting them from the country they live in? The lack of adequate capacity or will on the part of issuing authorities to appear before the Foreigners Tribunals and the lack of state capacity to ensure their presence is deeply unsettling and problematic. The consequence of this lackadaisical approach is a drastic loss of right and liberty.

In addition to concerns of capacity to ensure the appearance of witnesses, the lack of adequate capacity to adjudicate upon these cases raises concerns on the delivery of justice. A five-judge bench of the Supreme Court in the case of Madras Bar Association vs Union of India had held:

“There seems to be no doubt, whatsoever, that the Members of a court/tribunal to which adjudicatory functions are transferred, must be manned by judges/members whose stature and qualifications are commensurate to the court from which the adjudicatory process has been transferred.”

Foreigners Tribunals allow for advocates with no judicial experience to decide upon cases related to suspected foreigners. Further, members are appointed on a contractual basis, with studies having found that only members who declare a high number of persons as foreigners are retained, with the performance of others deemed ‘unsatisfactory’ and their contracts terminated. With Foreigners Tribunals adjudicating upon an issue as sensitive as citizenship and loss of identity, it must be ensured that cases are adjudicated upon by members with judicial experience and whose tenure does not depend upon ‘satisfactory performance’ to be determined by the state government.

Further, cases relating to foreigners also suffer from the problem of judicial delay. Anowara’s case was filed in 2007 and was pending for 11 years before the Foreigners Tribunal declared her a foreigner. The Gauhati high court cases analysed by the authors revealed that on average, these cases took 2,466 days (6.7 years) to be decided between the time a case was filed before the Foreigners Tribunals and the case was disposed by the high court. On average, persons accused of being foreigners live in an uncertain and terrifying limbo about their citizenship for 6.7 years, some of them even in detention for most part of this period.

Based on the Foreigners Tribunal case numbers, the authors attempted to arrive at an approximate time taken to decide these cases by assuming the date of filing to be the middle date in the year of filing the case. It was found that Foreigners Tribunals take 1,208 days (3.3 years) on average to decide such cases, give or take six months. When the authors analysed how frequently their cases were heard in the high court, they found that the average number of days between hearings was 116 days, and the high court took 477 days (1.3 years) on average to decide these cases.

In order to put these numbers in perspective, the authors also analysed the progress of other cases in the Gauhati high court, as per data available in the database of DAKSH, a non-profit organisation. For these cases, the average number of days between hearings at the high court was 31 days, and the overall time taken to dispose cases was 277 days (0.7 years). The cases filed against the orders of Foreigners Tribunals were taking considerably longer than other cases before the high court, even though these did not involve complex questions of law. The reasons for this difference are unknown.

Implications of the NRC

With over 19 lakh people excluded from the National Register of Citizens (NRC) in Assam, the work of the Foreigners Tribunals and the Gauhati high court will increase exponentially if cases of these people are referred to them. Between 1985 to October 2019, there were 4,68,905 cases referred to Foreigners Tribunals. As per statistics of the Gauhati high court, it disposed a total of 14,552 cases in 2018. If this is an indication of the number of cases they can dispose of annually, adding 19 lakh cases to their workload is going to have a severe effect on their efficiency and access to justice for citizens.

This is apart from the cost to the litigants themselves, many of whom will end up running through their savings. Further, the burden on government offices that have to search for thousands of documents and government officials who have to shuttle around the state giving evidence, cannot be ignored.

The authors would like to thank their interns Sahana R., Tanya Reddy and Rasmiika Punnoose for their assistance.

Shruthi Naik and Leah Verghese are with DAKSH, a nonprofit based in Bengaluru.