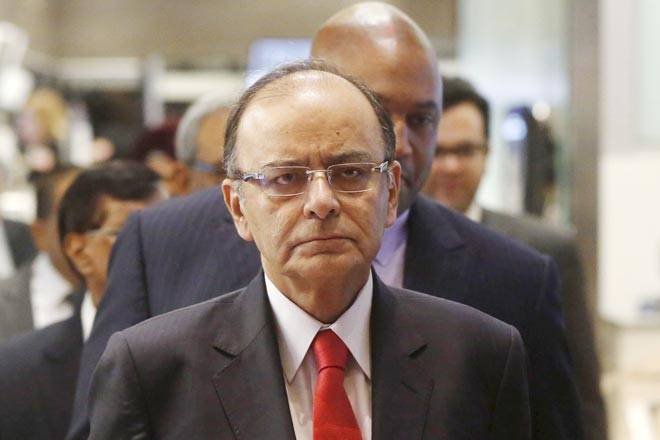 The face-off between union finance minister Arun Jaitley and former law minister Ram Jethmalani had all the trappings of a great legal encounter and it lived up to its expectations. Jaitley was being cross-examined at the Delhi high court in the defamation case filed by him against Delhi chief minister Arvind Kejriwal.

By the time the cross-examination began on March 6, it was packed with lawyers, journalists and court staff. Jethmalani, who had earlier appeared on behalf of the accused in the Supreme Court in November, had clearly stated his reasons for taking up the case against Jaitley in an interview. He felt that the finance minister was responsible for his ouster as law minister from the Atal Bihari Vajpayee government. A few years ago though he had also blamed his dismissal on then attorney general Soli Sorabjee.

At court, the drama was high voltage with a battery of lawyers which turned out to support both sides.

Jethmalani began his questioning by posing nearly 50 direct questions to Jaitley. The examination lasted several hours, spread over two sessions. Jethmalani asked Jaitley why he believed the damage to his reputation was “irreparable and unquantifiable” and wondered aloud if it had more to to do with his “personal feelings of greatness”. “There is no objective rational reason, besides the value that you put on yourself?” the senior advocate further quipped.

Jaitley had filed the defamation case against Kejriwal and five other AAP leaders – namely Kumar Vishwas, Ashutosh, Sanjay Singh, Raghav Chadha and Deepak Bajpai – aftey they had accused him of financial mismanagement during his 13-year-long stint as the president of the Delhi and District Cricket Association (DDCA). Apart from filing a criminal complaint, Jaitley had also filed a civil defamation case in which he had sought Rs 10 crore in damages.

In his defence, Jaitley replied, “The value I placed towards loss of my reputation was only a small part of the enormous damage done.”

Jethmalani countered saying Jaitley had not suffered any monetary damage. The BJP replied saying the loss of his reputation could be partly quantified in terms of money. “Loss of reputation causes mental distress to the person defamed, which it did in my case,” he said, adding, “considering my stature, background and reputation, the loss caused to me and my reputation was so enormous that it was considered unquantifiable.”

This drew a strong response from Jethmalani who said this meant that it was Jaitley’s “personal feeling” about his greatness that made him file the case and so the damage could not be “estimated in terms of fiscal measure”. Jaitley replied his views were based around those of his “friends, well-wishers and others, both privately and in the media, who had expressed an opinion on the subject.”

“I don’t object to political statements but this was the first time a statement was made questioning my integrity,” he told the court.

Jethmalani then pointed out that the raid on Kejriwal’s former principal secretary Rajendra Kumar was conducted by the CBI as it expected to recover some documents pertaining to the DDCA. The Aam Aadmi Party has maintained all along that the probe against the DDCA could have been explosive and that is why the CBI was sent to scuttle it and take away the files.

Jaitley for his part submitted that the defamatory statements made against him by Kejriwal were primarily meant to defect focus from the raid which was conducted in his aide’s office in December 2015. “It appears that defendants (Kejriwal and others) made defamatory statements against me immediately after this raid. Their effort was to deflect the attention from this raid and somehow link me to the controversy with which I have no connection,” he said.

Jethmalani also quizzed Jaitley on whether he was aware that the Delhi government was appointing a commission to inquire into the controversy. To this, Jaitley answered that he had left the DDCA in 2013 and thereafter had lost touch with the functioning of the association. “I was not aware of any such inquiry.”

Then when Jethmalani asked him whether he had been shown the Delhi government’s probe report into the functioning of DDCA, Jaitley replied in the affirmative. But when asked if the report had been shown to him by Chetan Sanghi, the panel head, Jaitley said he did not remember that.

Incidentally, Sanghi, who was principal secretary in the vigilance department of the Delhi government, had told the Centre that he was under “pressure” from various “stakeholders” for naming some individuals, including a “certain VIP”, in his report on the affairs of DDCA.

During the course of the hearing, there were also some moments which went beyond mere law point.

On one such occasion, Jethmalani asked Jaitley if he knew the difference between “reputation” and “goodwill” and when Jaitley replied with an explanation, the latter disagreed and pulled out a copy of the Webster’s dictionary and submitted it, much to everyone’s amusement.