Ronga, the former president of the Kashmir bar association, has been released after more than five months in detention for speaking up against the scrapping of Article 370.

Srinagar: After spending more than five months in Ambedkar Nagar District jail in Uttar Pradesh, former president of the Kashmir High Court Bar Association (KHCBA) Nazir Ahmad Ronga has said that the Indian judiciary is “under challenge” and that Kashmiri lawyers should be released to defend Article 370 under constitutional guarantees.

Ronga, who was part of the group of Kashmiri lawyers that had filed the petition in the Supreme Court against the scrapping of Article 370, was detained on the morning of August 9, just four days after Centre changed the constitutional relationship of Jammu and Kashmir with the Union of India.

“I was taken to the nearest police station (Nishat) and later shifted to Srinagar Central Jail under Section 107 (security for keeping peace) of the CrPC,” Ronga said.

Ronga was booked under the controversial Public Safety Act (PSA), under which a person can be jailed for six months without trial. As per the dossier, one of the charges under which Ronga was arrested included “being vocal against abolishing Article 370 and 35A of the constitution of India and also against bifurcation of erstwhile J&K State”.

Last week, the Jammu and Kashmir administration revoked the stringent PSA against 26 individuals, including Ronga.

Ronga has rubbished the charges. “We (lawyers) were taking the legal route to fight the scrapping of Article 370. How can challenging the government’s decision in the Supreme Court be tantamount to threat to law and order?” Ronga asked.

After spending 22 days in jail in Srinagar, the former KHCBA president said that he and 30 other detainees were flown to Lucknow airport in an army plane. From there, they were driven almost 550 km to a newly-built jail in Ambedkar Nagar situated at the UP border with Nepal.

“Initially, I thought they were releasing me, but when I boarded the bus, I saw many other detainees along with their stuff (clothes). And when the bus took the airport road, I then thought they were taking me to Delhi for the case as it might have been listed for the hearing,” Ronga said.

After landing at Lucknow airport, Ronga said a large contingent of police and CRPF were waiting for the detainees. “There was an unprecedented force waiting for us with armed vehicles. Even the road leading to the jail were cleared,” Ronga said. “It was the next day that we came to know that the authorities in Lucknow had been informed that the most ‘dreaded terrorists’ from Kashmir were on their way.”

Ronga said all 30 people that were flown to Lucknow were political detainees that included students, activists, politicians and a lawyer – all arrested for raising their voice against the scrapping of  Article 370. 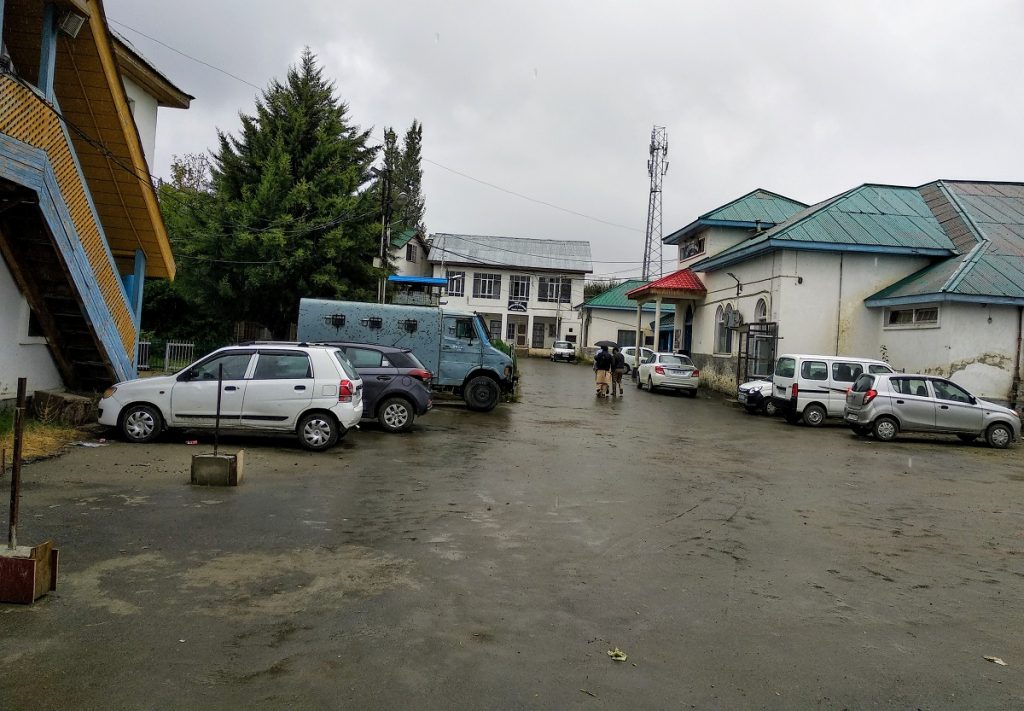 Ronga’s younger son, Umair, who is also a lawyer, said that he approached the Jammu Kashmir High Court to challenge his father’s arrest. “Till date, the government has not submitted its reply to my plea. All I got in these five months was a next hearing date. They (the administration) were literally making a mockery of my genuine concerns,” Umair said.

After reaching the jail on the Nepal border, Ronga, along with other detainees, were divided into three groups of 10 each. According to Ronga, 10 days before they reached, 30 other Kashmiris had already been lodged in the jail.

“It is not a proud thing, but the jail was inaugurated by us (Kashmiris). After dividing us into three groups, we were put in a pair of two in a 10-10 cell,” Ronga said.

Ronga said the fear of them “being dreaded terrorists” was such that jail authorities always communicated with them from a distance. “They would let us out only for half an hour each day from our cells, fearing that we might resort to violence. When we raised our voice, the jail superintendent said that they have got the instructions from J&K government to treat us this way,” Ronga alleged.

Ronga, who lost 10 kg in detention, said it was only after observing a 30-hour hunger strike that the jail authorities gave them three-hours of relaxation a day.

“The food was pathetic. There was no medical care. The only thing good about that jail was that it was newly-built and clean,” Ronga said. According to him, it took the jail authorities three months to understand that the detainees were not “dreaded terrorists”.

“During my last days of detention, the jail  superintendent, after observing our good behaviour, further extended the relaxation from 8 am to 5 pm,” Ronga said.

Ronga was not the only advocate who was detained after the abrogation of  Article 370. His colleagues – the present president of KHCBA Mian Abdul Qayoom and general secretary Ashraf Bhat, who were also defending Article 370 in the Supreme Court – are still languishing in Agra and Srinagar jail.

Ronga calls their detention as “illegal” as his.

“The authorities have no grounds to arrest Qayoom and Ashraf, just like it was in my case,” he said. “They must release them and pave a way for us to go to Delhi and plead the case. Otherwise they should close the institution. Close the Supreme Court. And tell us that SC is not meant for Kashmiris; that we will not be heard. Matter closed.”

Ronga said as per law, every executive decision is subject to judicial scrutiny. “The judiciary was supposed to be a watchdog; an independent institution. And if that is what this dispensation does not believe in,  then they should say it, otherwise it is hypocrisy, anarchy on their part,” he said.

Talking about the possibility of repealing the Modi government’s decision on Article 370 in the court, Ronga said they have a strong case and that he is optimistic that the decision would come in their favour.

Ronga also accused the judiciary of not fulfilling its duties. Giving the example of the Ayodhya case, Ronga said the courts in India are “settling” cases  instead of delivering a “legal verdict” based on merit.