The Legal Subversions That Helped the Centre Undercut J&K's Powers

When there is no constituent assembly of J&K, and no legislative assembly, whom did the president consult before changing Article 370?

A security personnel stands guard near a blocked road during restrictions in Srinagar on Friday, August 16, 2019. Photo: PTI

Apart from Article 370, the president’s order on Jammu and Kashmir also amended Article 367, changing the substantive character of an important provision, besides abolishing the entire constitution of the (soon to be former) state.

Article 370 was put in place to preserve the autonomy of Jammu and Kashmir, leaving the decision-making powers with the state’s constituent assembly. Under Articles 370(1)(b) and 370(1)(d), the power of parliament is limited to areas that were listed in the Instrument of Accession. As per Art 370(3), the recommendation of the state’s constituent assembly is required before the president modifies or makes a declaration that the article will be inoperative.

The presidential order claims that it was promulgated “in exercise of powers conferred by clause (1) of Article 370, the President with concurrence of the Government of State of Jammu & Kashmir”. The concurrence of Jammu and Kashmir is a legal fiction generated by the amendment to Article 367, to equate an absent legislative assembly with the constituent assembly. What cannot be amended even with a two-thirds majority in parliament and ratification by 50% assemblies was done by the presidential order.

The president’s order has amended Article 367, which is basically an interpretation clause of the constitution of India. After this presidential amendment, Article 367 declares that “the expression ‘Constituent Assembly of the State…’ in Article 370 (3) shall be read to mean ‘Legislative Assembly of the State’”. If this interpretation is taken further, the parliament today may be considered as the constituent assembly.

#BeyondTheHeadlines | Article 370: How Legal Is the Centre’s Assault on Kashmir’s Status?

This is not a mere procedural aspect but a substantive requirement for altering the ‘constitution’ of a state. The legislative assembly of a state or parliament at the Centre is basically representative in character, which is endowed with the power of amending the constitution. It must act within the sphere and scope determined by the constitution of the nation.

Both are not same, though appear to exercise legislative functions. Madhav Khosla, a junior fellow at the Harvard Society of Fellows further expanded on this, saying, “Indeed, it is precisely this distinction that is at the heart of India’s basic structure doctrine that prevents certain constitutional amendments on the ground that Parliament, which exercises representative authority, is limited and cannot create a new constitution and thereby exercise sovereign authority.”

This executive order notified through the president’s office has created huge legal fiction with the following components:

Going further back, the Bharatiya Janata Party’s support to the People’s Democratic Party to form the government after elections, its subsequent withdrawal of support from the PDF-led government and imposition of president’s rule after the dissolution of the state assembly have created a situation wherein people’s representation is absent.

When the governor represents the state

During president’s rule, the parliament legislates for the state as a stop-gap arrangement to meet the exigencies of the budget. But parliament cannot replace the state assembly for all aspects of governance. How can a governor, being a centre’s appointee, assume the powers of the constituent assembly and amend the constitutional structure of Jammu and Kashmir? 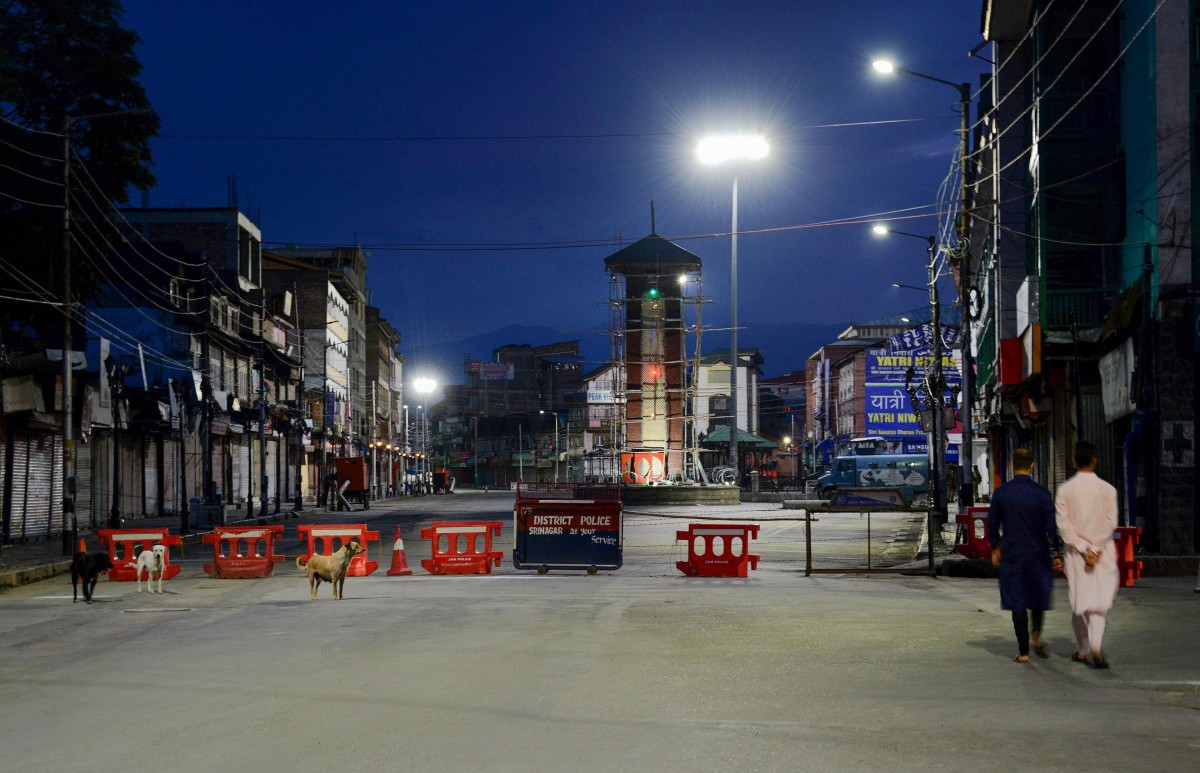 Youths walk along a road near Lal Chowk during curfew like restrictions on the 12th consecutive day in Srinagar on August 16, 2019. Photo: PTI

In amending Article 367 as well, the Union drew its authority from Article 370(1). This is an amendment of the substantial provision of the constitution itself, which could be done only under article 368 requiring a two-thirds majority of parliament present and voting besides the ratification by 50% of state assemblies.

The state of J&K started off as a state with a special status through accession in the capacity of an independent state to its present annexation as a union territory without involving the people of J&K or their representatives. Next elections, if held as promised, will be for an assembly of the UT with neither the special status nor statehood of J&K. The elected representatives will have no power to pass even a single piece of legislation without the approval of the lieutenant governor and administrator.

M. Sridhar Acharyulu was Central Information Commissioner from November 22, 2013 to November 21, 2018. He is a professor of constitutional law at Bennett University now.