By Keeping Article 370 Matter Pending Indefinitely, the Supreme Court Is Embarrassing Itself

Perhaps there should be a mechanism for the bench to file condonation of delay applications, where the judges explain their reasons for continuously postponing adjudication of an important case. 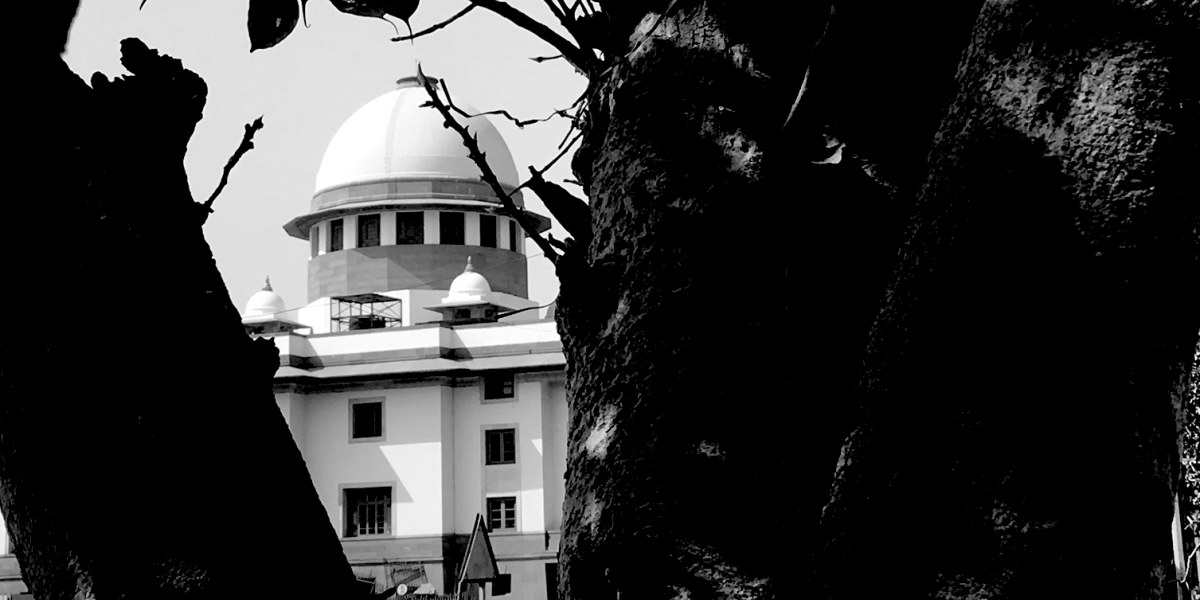 While issuing notice last week to the Union government on a petition challenging the Delimitation Commission’s recommendations for Jammu and Kashmir, a Supreme Court bench headed by Justice Sanjay Kishan Kaul noted that the petitioner is “not assailing the abrogation of Articles 370 and 35A of Constitution of India”. Perhaps this was just as well, since the petitions actually assailing the reading down of those provisions have been hanging fire for nearly three years now.

I was in Court No. 13 of the apex court on August 5, 2019 when Mukul Rohatgi, who was arguing a matter, suddenly looked at his phone and informed the bench (Justice Sanjay Kishan Kaul and Justice K.M. Joseph) that Article 370 is gone.

Further, on August 9, 2019, Jammu and Kashmir was denuded of its status as a ‘state’ of the Indian Union and divided into two Union territories – Jammu and Kashmir, and Ladakh. This bifurcation took effect from October 31, 2019.

Petitions were filed before the Supreme Court under Article 32 of the Constitution, challenging the dilution of Article 370 and the subsequent bifurcation of the state. Notice was issued on August 28, 2019. No stay was granted. Subsequently in December 2019, the matter was heard on the 10th, 11th and 12th, and in January 2020 on the 21st, 22nd and finally on 23rd, when the court reserved its order for determining the preliminary issue – whether the matter should be referred to a larger bench. After around two months, on March 2, 2020, the Supreme Court ruled that there was no reason for the matter to be referred to a larger bench.

This brief history of the proceedings is relevant because since March 2, 2020, the matter has not been heard even once. The coming August, three years will have elapsed without a substantial hearing on this constitutional question of seminal importance, let alone a decision.

Why has such an important matter – which ought to have been decided at the earliest – been kept pending? Eleven different cases were heard and disposed off through virtual hearings by a constitutional bench constituted during COVID-19 times, but no time was spared to hear this case. The court showed no urgency to hear the matter, despite the Union government going ahead with introducing a series of legislative, executive and administrative changes throughout Jammu and Kashmir. How far can the court turn the clock back now, even if the matter is heard in the near future?

Answers are unlikely. Even if the reasons for this delay are forthcoming, they cannot justify the highest level of judicial insensitivity shown to one of the most significant questions of constitutional law with far-reaching consequences for not just what was once a state of the Indian Union but the health of the Union as a whole. For some, the way Article 370 was diluted was a fraud on the constitution; for others it was a ‘masterstroke’. Whether it could have been done or not is a matter of adjudication, but not hearing the case altogether is certainly a matter of embarrassment for the court.

Even controversial decisions like A. K. Gopalan and ADM Jabalpur were overruled over time since these decisions interpreted the constitution in a way which could not have stood the test of time and were against the document’s underlying philosophy. But in the Article 370 matter, even the remedy of overruling will not be of help in the future because there is simply no decision. You cannot overrule the non adjudication or delay in adjudicating a matter. Not deciding a matter like this and keeping it pending for such a long time will haunt the institution.

Abstaining from deciding crucial matters will certainly erode the neutrality of the institution. I am reminded of the words of Justice Oliver Wendell Holmes in Northern Securities Co. v. United States (1903), where he said:

“Great cases, like hard cases, make bad law. For great cases are called great, not by reason of their real importance in shaping the law of the future, but because of some accident of immediate overwhelming interest which appeals to the feelings and distorts the judgment. These immediate interests exercise a kind of hydraulic pressure which makes what previously was clear seem doubtful, and before which even well settled principles of law will bend.”

Half of the fault can be attributed to Article 136 of the constitution, accounting for majority of the litigation, through which any order of any judicial forum can be challenged before the Supreme Court. As a result, the apex court has now become a final court on matrimonial disputes, Motor Vehicles Act compensation matters, rent/eviction matters etc., besides being a remand court or court of liberty – where liberty is sought for availing appropriate remedies under law. But a major part of the fault lies within the institution itself.

In the US Supreme Court, a majority of litigation involves certiorari petitions seeking review of cases that have been decided in either an appropriate US Court of Appeals or the highest court in a given state. Out of say 7,000 cases, the court accepts around 100-150 cases to review each year and, interestingly, matters are admitted for review only when four of the nine justices vote to accept a case.

Whether the matter has become infructuous or is a fait accompli is for the court to ponder upon. Perhaps there should be a mechanism for the bench to file condonation of delay applications, where the judges explain their reasons for continuously postponing adjudication of a matter. Unfortunately, only petitioners are required to explain any delay in approaching the court and also to suffer costs in case the delay is not explained. Sometimes, as lawyers, we have to strategise as to how to get over a particular judgment which is against us either on facts or on law or both. But this time, it is the court which will have to distinguish itself from the facts and law which are against it. Since the petitioners cannot seek any direction from some higher forum for early disposal of the Article 370 case, the court has a higher public duty to lay to rest all apprehensions and hear and adjudicate the matter at the earliest.

Recently, the chief justice of India hinted that the Kashmir matter would be listed soon. That was one month ago. The phrase “better late than never” might offer some hope, to start with.

Saaket A. Jain is a Delhi-based advocate. He can be reached at saaketalkajain@gmail.com.