Though PAC personnel were accused of massacring 72 Muslims in the Meerut village in 1987, the case is still ongoing in the trial courts as key documents, including the FIR, have gone missing. 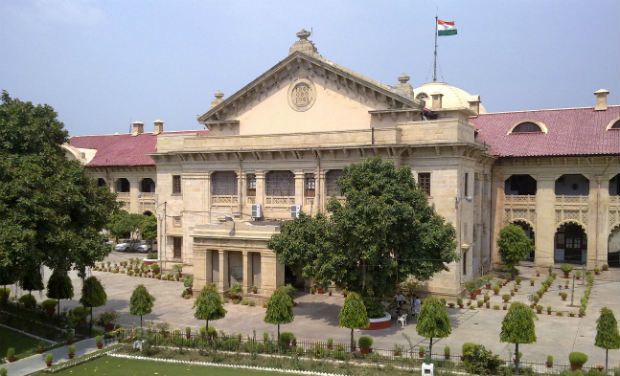 New Delhi: The Division Bench of Allahabad high court on Monday directed the Uttar Pradesh government to file a reply as a counter-affidavit to a writ petition filed by senior journalist Qurban Ali in the 1987 Maliana village massacre where 72 Muslims in Meerut district of Uttar Pradesh died. The case has come to a standstill in the trial court as key court papers, including the First Information Report, went missing.

Apart from Ali, the others petitioners in the case before the high court are former Director General of Uttar Pradesh police, Vibhuti Narain Rai; a victim Ismail, who lost 11 family members and a lawyer Rashid, who conducted the case in a Meerut trial court.

Three decades on, Maliana massacre case has not progressed much

The petitioners submitted before the high court that despite over three decades having passed since the May 23, 1987 massacre, the case has not moved much in the trial court as key court papers had mysteriously gone missing. They have also accused the UP Police and Provincial Armed Constabulary (PAC) personnel of intimidating victims and witnesses not to depose.

On April 19, a bench of Acting Chief Justice Sanjay Yadav and Justice Prakash Padia heard the case via video conferencing. The counsel for Uttar Pradesh government argued that the case was very old and there was no merit in it. However, the Division Bench insisted that the state should file a counter-affidavit. “Taking into consideration the grievance raised in the petition and the relief sought we call upon the State to file counter affidavit and para-wise reply to the writ petition. List in week commencing 24th May, 2021 in the additional cause list,” the Bench ruled.

It may be recalled that in the Hashimpura case, which was of a similarly grave nature and which is also connected to the violence during the Meerut riots of 1987, the Delhi high court had in 2018 convicted 16 accused PAC personnel and sentenced them to life imprisonment for the murder of at least 40 Muslim men, who were picked up on May 22, 1987 and later killed in cold blood in Uttar Pradesh. Three other PAC personnel were also part of the same team but had died before the judgment came.

In the Hashimpura case, the sessions court had, in March 2015, acquitted the accused despite stating that it had been “duly proved and established” that “about 40-45” persons belonging to Mohalla Hashimpura were “abducted in a yellow colour PAC truck” belonging to the 41st battalion of PAC.

It had also noted that PAC officials were involved in the abduction and that the victims had been subsequently “shot at and thrown” into waters of Gang Nahar, Murad Nagar and Hindon river, Ghaziabad. However, the court had held that “it has not been proved beyond reasonable doubts” that the accused are the PAC officials who had carried out the abductions and killings.

The Delhi high court had subsequently convicted all 19 accused PAC personnel, of whom three had died by then, for the crime and sentenced them to life imprisonment. It had overturned the March 2015 ruling of the sessions court which acquitted the accused. The lower court had acknowledged that it was “duly proved and established” that “about 40-45” persons belonging to Mohalla Hashimpura were “abducted in a yellow colour PAC truck” belonging to the 41st battalion of PAC and were subsequently “shot at and thrown” into waters of Gang Nahar, Murad Nagar and Hindon river, Ghaziabad.

However, it had held that “it has not been proved beyond reasonable doubts” that the accused are the PAC officials who had carried out the abductions and killings.

The high court overturned the trial court’s decision and convicted the 16 PAC officials charged. Sentencing them to life imprisonment, a bench of Justices S. Muralidhar and Vinod Goel had termed the massacre a “targeted killing” of unarmed and defenceless people by the police.

Following this high court ruling, there is renewed hope of getting justice for the Maliana case victims. This massacre had taken place during the Meerut riots of 1987, in which intermittent rioting was witnessed from May to July and in which 174 people were killed and 171 injured.

The petitioners in the case have submitted that according to the various studies and reports, it can be safely ascertained that the rioting in Meerut during April-May, 1987, actually left 250 dead and property worth of more than Rs 10 crores destroyed.

Communal violence first broke out on April 14, 1987, when the Nauchandi fair was taking place. During the violence, a sub inspector was struck by a firecracker and as he was drunk, he opened fire, killing two Muslims. There was another incident the same day in which some Muslims, who had arranged a religious sermon near the Hashimpura crossing, objected to film songs being played on loudspeakers during a ‘mundan’ function in the house of a Hindu family. As someone from the Hindu side allegedly fired, the Muslims allegedly set some Hindus shops afire. In the ensuing violence, 12 people were killed.

Subsequently, from May 19 to 23, the entire Meerut town was placed under curfew. It was during this period that on May 22, PAC personnel rounded up several hundred Muslim men in the Hashimpura area. Many of them were then taken to nearby canals and shot dead.

The following day, the PAC had gone to Maliana village under the pretext that Muslims from Meerut were hiding there. It is alleged that the PAC men went around shooting indiscriminately at unarmed men, women and children and also burnt some of the victims alive in their own houses. A total of 80 bodies were later found in the area.

The petitioners said the exact count of the number of dead in the Maliana massacre was not known but the official figures said 117 people were killed, 159 persons injured, and 623 houses, 344 shops and 14 factories were looted, burned and destroyed.

Another report noted that in the first three or four days of the riot, 51 Hindus were killed, and from May 21 to 25 at least 295 Muslims were killed, almost all by or under the active supervision of the police and the PAC. Violence, including bomb explosions and isolated incidents of killing and stabbing, continued until June 15.

‘UP government went into denial, tried to cover up massacre’

It has been alleged that the initial response of the government to the massacres at Meerut and Maliana was one of denial, followed by attempts to cover up the crime.

In the Maliana case, the petitioners have noted that many questions have remained unanswered and that there was a striking closeness to the Hashimpura killings.

Justice Qurban Ali asked, “What about the Maliana killings where 72 Muslims were killed by the 44th battalion of PAC led by Commandant R.D. Tripathi on May 23rd 1987? It happened the day following the Hashimpura killings.”

He also added that while as per media reports an FIR was lodged, “there is no mention of the PAC personnel in the FIR”. “With a ‘shoddy’ investigation by the State agency and a weak chargesheet by the prosecution, Maliana Muslims feel they will not get justice, just as the victims of Hashimpura did in October 2018. The trial in this case has not even crossed the first stage.”

Over 800 dates, but no justice

Ali also noted that “in the past 31 years, 800 dates have been fixed for the hearing, but only three of the 35 prosecution witnesses have been examined by the Meerut court. The last hearing was held almost two years ago.”

As for the laxity of the prosecution, he said, it can be gauged from the fact that the main FIR, the basis of the entire case against 95 rioters from the nearby villages, suddenly “disappeared” in 2010. “The sessions court in Meerut refused to go ahead with the trial without a copy of the FIR and a ‘search’ for the FIR is still on.”

However, eyewitnesses had deposed that “the PAC led by senior officers including the Commandant of the 44th battalion entered Maliana about 2:30 pm on 23rd May 1987 and killed more than 70 Muslims. The then CM Vir Bahadur Singh put the numbers of the dead at 10. The DM said that 12 were killed in Maliana but later, in the first week of June 1987, he accepted that 15 people were killed by police in Maliana. Several bodies were found in a well.”

Ali said the issue of compensation has also not been settled. “Now the biggest issue is that of compensation. Initially, kin of deceased got compensation of Rs.40,000 per person but on the eve of the 2007 UP Assembly elections it was enhanced by the then UP Government to Rs. 4,60,000 per person. There are reports that even this amount was not distributed to the kin of all victims, he said, adding that as per NHRC guidelines and Supreme Court orders, the compensation should have been at least Rs 15 lakh per person.”