How did the current judgment and the 'Puttuswamy' verdict lead us down such starkly dissimilar paths even where the same values were being intensely extolled?

The right to privacy was extolled in the Puttaswamy case. Credit: PTI 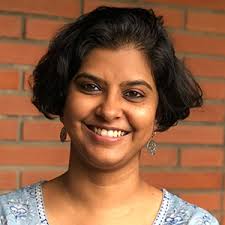 When it is read as a unitary legal text, the Supreme Court judgment on the Aadhaar provides powerful legitimacy to the engineers of the byzantine project, and prominently, to the UIDAI and the current government.

Attempts to ‘read down’ a few compulsory linkages and a few wise moves to lay down cautionary norms notwithstanding, the judgment taken in its totality normalises the myriad ways in which this magic number is made out to be irrefutably valuable and life-enhancing for India’s marginalised.

Let’s make no mistake about this. This is a judicial move that gives power to the government, technocratic actors and biometrics industry to control the legal narrative that Aadhaar helps the marginalised.

What is however more startling than anything else is that the judgment – barring justice D.Y. Chandrachud’s voice of humanity and technological-political prescience – comes from an uncompassionate counter-reading of the same fundamental values of privacy that the judges now swear to uphold.

Let us start by noting how, by the time of the writing of this article, we have already been drowned in a veritable deluge of triumphalist voices emerging from all corners of the political spectrum.

BJP’s spokesperson Sambit Patra loudly proclaimed it to validate the pro-poor Narendra Modi government and drew attention to what the BJP cherished about the judgment, that it was non-invasive of privacy.

Congress member Kapil Sibal, and also one of the lawyers representing the petitioner Jairam Ramesh in the judgment, supported the eminent wisdom of reading down Section 57 of the Aadhaar Act  which was to the effect of preventing private companies from using Aadhaar for authentication. He however claimed to understand the number identifier’s uses for DBT provisioning.

Arvind Datar, one of the many lawyers who presented critical arguments over the course of this long-awaited judgment celebrated it for its moves to prevent Aadhaar from being used for generating meta-data.

None of these or most other stakeholders interrogate the key formulations cast in such crystal-clear notes by one of the five judges, A.K. Sikri: “Aadhaar empowers the marginalized sections of society as it gives identity to such persons. The concept of human dignity has been enlarged.”

This must be read in conjunction with two other self-certain statements crafted by justice Sikri, ‘minimum demographic and biometric data of citizens is collected by the UIDAI for Aadhaar enrollment’, and ‘Aadhaar number given to a person is unique and can’t go to any other person.’

Ironically, while the Puttaswamy judgment which provided expansive constructions of privacy, shades and pre-determines all that is said in this 4-1 judgment, the present judicial text concludes that intrusive inroads into privacy rights are minimal. Mercifully, Chandrachud whose pioneering vision paved the way for the creation of this bench to start with, does not hold back. He unsparingly lays into each of these certitudes pronounced by his colleagues, from the question of biometrics and whether their collection and the issuing of a unique number connoted a loss of informational self-determination, to issues of informed consent and rights to opt out, to the constitutionality of the Money Bill, to the risks of leakage of the database, to the possibilities that Aadhaar can allow for a surveillance society. 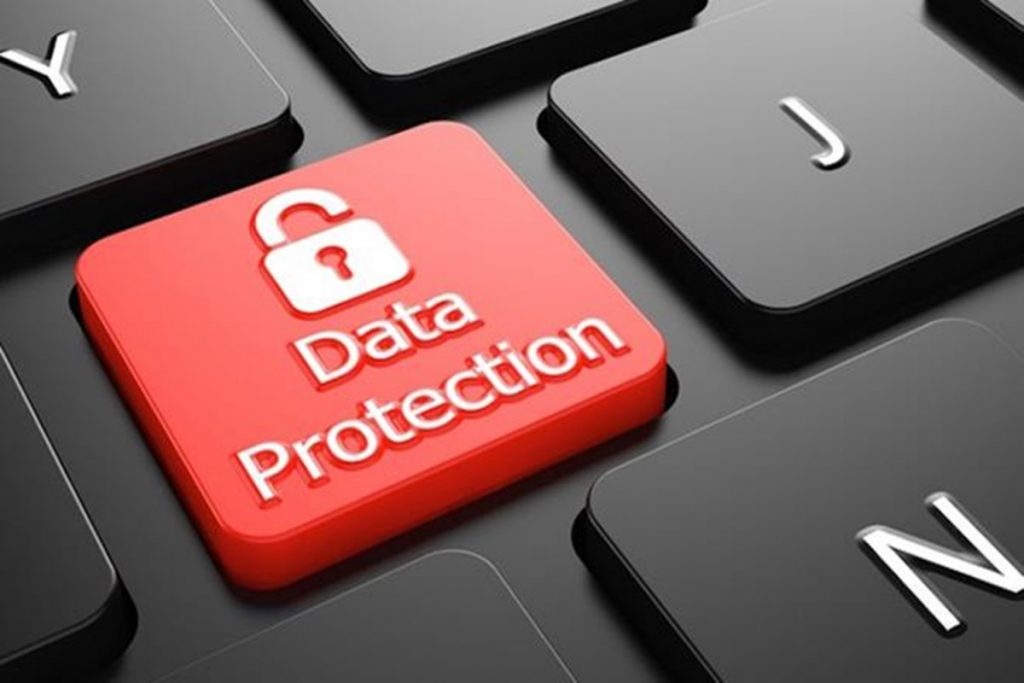 Only justice Chandrachud’s verdict speaks of the the possibilities that Aadhaar can allow for a surveillance society. Credit: Reuters

Chandrachud’s dissenting voice notwithstanding, how could the current judgment and the Puttuswamy judgment lead us down such starkly dissimilar paths even where the same values are being intensely extolled?

This is because both the judgments contain polarising interpretations that are quintessentially at variance with each other on how to read privacy. Even as the present judges, again with the exception of Chandrachud, acknowledge and in places even use conceptual terms that were revealed in the Puttaswamy judgment to be at the heart of privacy, they now reclaim these terms to support the narrative of Aadhaar’s benevolence for the poor.

In the previous judgment, various accommodating constructions of privacy were upheld vigorously, and these included justice Chelameswar’s freedom of the body and the mind; repose, sanctuary and intimate decision, justice Nariman’s construction of bodily integrity, informational privacy, privacy of choice, justice Bobde’s formulation of innate dignity and autonomy of man, justice Sapre’s notions of dignity and individual self-determination, justice Chandrachud’s definition of dignity and self-worth of an individual, and in general, the right to develop to one’s full potential.

The present judgment, read in a singular vein, re-calibrates and distorts these very ideas and sees none of these essential predicates to be in jeopardy.

Even where the verdict requires Aadhaar to be de-linked from bank accounts and phone numbers and in essence signals that Aadhaar should be used only by the government for authentication and not by any private entities, these selective decisions do not dilute the clarion message that issues forth in justice Sikri’s formulation: Aadhaar enlarges the dignity of individuals.

The Puttaswamy judgment captured, in lucid notes, something very basic and yet so compassionate and salient to a tenable understanding of the privacy of the poor. Justice Chandrachud stated to the agreement of other judges in the Puttaswamy judgment, “The refrain that the poor need no civil and political rights and are concerned only with economic well-being has been utilised though history to wreck the most egregious violations of human rights.”

The Puttaswamy judgment reiterates that “the right to question, the right to scrutinise and the right to dissent which enables an informed citizenry to scrutinise the actions of government” cannot be bartered away. The other judges in the latest judgment fail to concede this essential right of the poor to interrogate the government on how they can be counted, recognised, “seen by the state” or will themselves to be unseen. They fail to note what Chandrachud and others sanctified as organic to privacy, a respect of the will of the poor to exercise their civil and socio-economic rights to determine the conditions for enjoying their socio-economic rights. The poor have as much of a right as anyone else to know how they will be governed, the judgment stated, anticipating and forestalling any patronising elitist assumptions to the contrary.

The latest judgment by the SC on the Aadhaar uses same and similar terms such as dignity, bodily autonomy, informational privacy but perceives no crumbling of these ideals in the collection of biometrics, the relentless linkages to benefits and lifelines of the poor, the ceaseless corporate and governmental clamour for storing information.

But perhaps, where these judgments collide in a nuclear reaction-like process is that if one judgment guarded the right to interrogate one’s means to welfare access as a nucleus of privacy, the other introduced a sub-atomic particle or the argument that it is government-approved methods of identification that sanction dignity, and by extension, privacy.

The operational definition to start with, was freedom against state-directed “authoritarian behaviour” (a term that the Puttaswamy judgment actually uses) in guiding welfare support. But the current judgment derives dignity and privacy from the infallible agency of state and technocratic intervention in determining identity and providing welfare support. It also holds privacy up to certain tests of reasonableness such as those of ‘proximity, arbitrariness and proportionality’.

All these tests are sympathetic to primarily examining the legitimacy of the state’s aims as against those of people’s self-understanding of their identities and their responses to what makes for constitutional intrusions into privacy.

Any interpretation that Aadhaar elevates the dignity of the poor validates various prejudicial and erroneous convictions lauded mostly by the government and the UIDAI and manifest as the virtues of deeply fetishised notion of unique identity and a foolproof authentication mechanism.

Such an interpretation also does not challenge the grander narrative of Aadhaar as enabling government savings even against the backdrop of tireless activism, media reportage and scholarship that overwhelms us with evidence to the contrary. The reading of Aadhaar as collecting minimal information and 97% inclusion strangely reads Aadhaar in isolation of its technological architecture and supporting welfare infrastructure of erratic biometric readers, often dysfunctional PoS machines, beleaguered business correspondents and the then-defunct and now-furtively reincarnated common service centres which have allowed all sorts of ‘breaches’ of the Aadhaar.

Shrinkages of rights and humanity

And all the while, the incidences of welfare-based shrinkages of rights and humanity that beggar Aadhaar’s claims to ensuring privacy have attained Goliath-like proportions. That leprosy patients in Andhra Pradesh repeatedly faced a breakdown of their personhood when they fail to be able to authenticate their biometric identities should make us wonder whether our, nay, other people’s bodies can continue to be sanctuaries in an age of electronic sanctioning of rights.

That scores of poor pensioners in Rajasthan are potentially declared dead on account of their inability to secure Aadhaar and because they were merely not present at the time of a survey should cause us to revisit what dignity means in conjunction with Aadhaar.

That starvation deaths have occurred in Jharkhand owing to inabilities of carrying out ration card-Aadhaar linkages should shock us into conceding the quotidian dignity of survival and the function of this technological infrastructure in diminishing this.

That we have even a single reported case of a woman in Gurgaon who had to give birth to a child outside the hospital on account of her inability to submit her Aadhaar should stop us from attempting any sort of semantic and philosophical sorcery in understanding the privacy question.

It is time that we did ourselves the favour of understanding that truly empowering decisions come from our ability to cast around for narratives that do not presume any right to mean the same thing for everybody. It is equally terrifying when we are completely convinced that any right, and here, the right to privacy, can mean entirely different things for different sections.

Dignity cannot break down into the right to dissent, the right to righteously withdraw consent and the privilege to be exempt from the absolute need for government-sanctioned benefits for one section of people, and merely improved access to benefits and freedom from suspicion, and an erosion of privacy (of bodies that cannot conform to biometric strictures) in public places for a vaster minority of people.

Tarangini Sriraman teaches at Azim Premji University and is author of In Pursuit of Proof: A History of Identification Documents in India.