By Splitting Aadhaar and Right to Privacy Issues, SC Has Embarked on a Tricky Legal Exercise

The court cannot simply declare privacy to be a fundamental right. It needs to explore its contours, including implications for the right to free speech.

The Supreme Court’s strategy to split the issue of whether privacy is a fundamental right from the constitutional challenge to Aadhaar was a mistake. Credit: Reuters/Pixabay The Supreme Court’s strategy to split the issue of whether privacy is a fundamental right from the constitutional challenge to Aadhaar was a mistake. Credit: Reuters/Pixabay

As the petitioners conclude their arguments before the bench of nine judges hearing the Aadhaar-related privacy challenge, it is becoming clear that the court’s strategy to split the issue of whether privacy is a fundamental right from the constitutional challenge to Aadhaar was a mistake. So far, the issue of privacy has been adjudicated by the Supreme Court in a variety of factual scenarios ranging from police surveillance, tapping of telephones and sensitive medical information to sexual rights, the use of interrogation techniques like narco-analysis by the police and search and seizure powers of different state agencies. In each of these cases, the court was dealing with privacy in a fixed factual scenario, allowing the court to define privacy in the context of a specific case and fashion a remedy for that specific context, thereby limiting its application in future cases.

By deciding to tackle the issue of privacy as a standalone issue and divorcing it from the Aadhaar challenge, the court has embarked on a complex jurisprudential exercise. The court cannot simply declare privacy to be a fundamental right and close the issue. Rather, it has to necessarily define the contours of a possible fundamental right to privacy along with the various limitations and exceptions on the exercise of such a right, because no fundamental right is an absolute right.

The facts and the consequence of the Rajagopal case are important to understand the danger of judicial lawmaking, especially in the realm of fundamental rights. In this case, the court was dealing with a petition filed by the editor of Nakkheeran, a famous Tamil newsmagazine, seeking to restrain the state of Tamil Nadu from interfering in publishing the autobiography of ‘Autoshankar’, a notorious serial killer whose was sentenced to death. In his autobiography, he claimed to have a close nexus with several IAS and IPS officers. The editor alleged that Autoshankar was tortured in prison and forced to write a letter withdrawing his consent to Nakkheeran to publish his biography, and that the inspector general of prisons had written to the editor ordering him to stop publication of the prisoner’s autobiography on the grounds that it was making false statements and in violation of prison rules. Fearing a raid by the state on the printing press publishing the magazine, the editor sought relief before the court.

From reading the judgment, it is not clear who exactly raised the privacy argument or why it was even relevant to case, because the main argument of the state was that the biography contained false assertions and was defamatory. Nevertheless, in its judgment the Supreme Court cited a whole range of foreign precedents to declare privacy to be a fundamental right under Article 21. The court stated in that “The right to privacy is implicit in the right to life and liberty guaranteed to the citizens of this country by Article 21. It is a right to be let alone.” It then ventured to define the boundaries of privacy, stating, “it must be held that the petitioners have a right to publish, what they allege to be the life story/autobiography of Auto Shankar insofar as it appears from the public records, even without his consent or authorisation. But if they go beyond that and publish his life story, they may be invading his right to privacy and will be liable for the consequences in accordance with law.”  These few sentences have had an impact on unauthorised biographies and biopics of powerful public personalities.

In 1995, just a year after the Supreme Court’s judgment in the Rajagopal case, Phoolan Devi invoked this right to privacy before the Delhi high court seeking to restrain the exhibition of the movie Bandit Queen directed by Shekar Kapoor. The movie was based on her life and she objected to the depiction of certain scenes depicting a sexual assault on her. The fact that she was sexually assaulted had been reported in the press and books on her life, although she herself denied it. Rather than argue defamation, her counsel argued that the scenes in the movie about the sexual assault on her as well as her personal relationships violated her right to privacy. The defence tried arguing that as a public figure, Phoolan Devi could not claim privacy. The Delhi high court agreed with Phoolan Devi and declared that the defendants “have no right to exhibit the film as produced as has been filed in this Court violating the privacy of plaintiff’s body and person”. The fundamental right to privacy as laid down in the Rajagopal case was one of the reasons for the injunction against the release of the Bandit Queen. 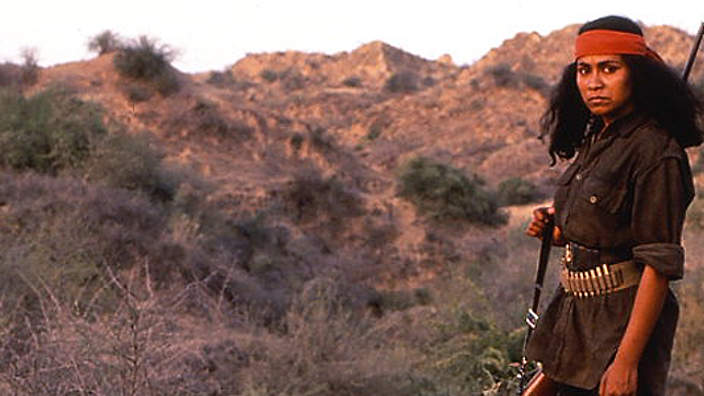 A still from Bandit Queen.

As I have detailed in an article published on The Hoot, the judgment in Rajagopal was also applied by the Madras high court to restrain the publication of an unauthorised biography of J. Jayalalithaa on the grounds that it would violate Jayalalithaa’s fundamental right to privacy as defined in those lines from the Rajagopal judgment extracted above. Similarly, an unauthorised biopic of Veerappan was challenged by the deceased brigand’s wife. Although the Madras high court refused to restrain the release of the movie, the producers did agree to edit the scenes which contained scenes depicting his personal life with his family. The reason they agreed to do so was because Veerappan’s wife had raised the Supreme Court’s articulation of privacy mentioned above.

To be fair, there is at least one subsequent decision from the Madras high court by its then Chief Justice A.P. Shah holding that Jayalalithaa as a public personality could not restrain reporting by Nakheeran in the guise of privacy. But to come to this conclusion, Justice Shah had to fall back on an American judgment to hold that public personalities could not claim a privacy right. In doing so, he ignores the fact that the privacy right in the American case was a mere statutory right, not a fundamental right. By its very essence, a fundamental right is essential to everyone regardless of status. If it comes down to balancing a fundamental right to free speech and fundamental right to privacy, a judge will have to carry out a very fine balancing act.

Although the above cases deal with biopics and biographies, it does not take much effort to extend similar logic to daily reportage.

I give the above examples to highlight the less-discussed implications of an unqualified fundamental right to privacy. It is possible that similar issues will arise in cases dealing with the fundamental right of citizens to information/know. Indian courts have interpreted the fundamental right to speech to include the fundamental right to know. It is this right that the Supreme Court has leveraged to force greater transparency during elections by forcing candidates to disclose details regarding their wealth, qualification and criminal antecedents. Several of these issues qualify as private information in most jurisdictions. If privacy is elevated to the status of a fundamental right, can it be whittled down for public personalities? It is anybody’s guess how the court will balance such a right.

Rather than opening the door to uncertainty across the board by tackling privacy as a standalone issue, the court will be well advised to decide the issue of privacy as a fundamental right in the specific context of Aadhaar.

Prashant Reddy T. is a research associate at the School of Law, Singapore Management University.