As Arguments on Aadhaar-Income Tax Link End, Court May Read Down Mandatory Provision

The bottom line is that the government has not been able to rebut the petitioners’ claim that insisting income tax assessees acquire Aadhaar numbers is inconsistent with the Aadhaar Act, which aims at voluntariness. 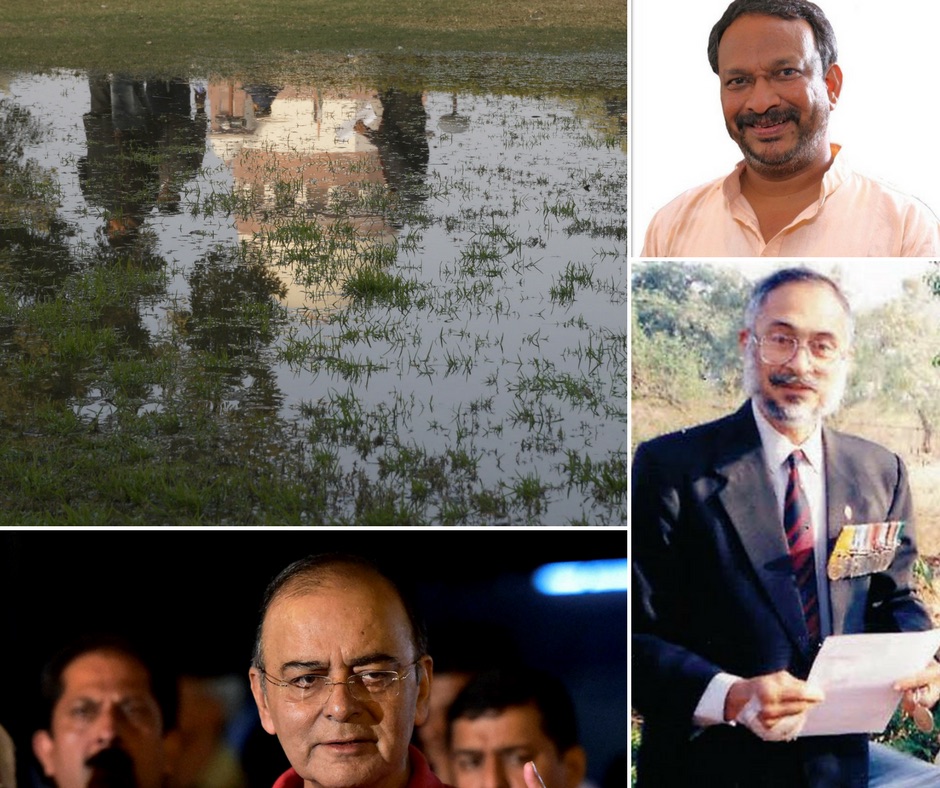 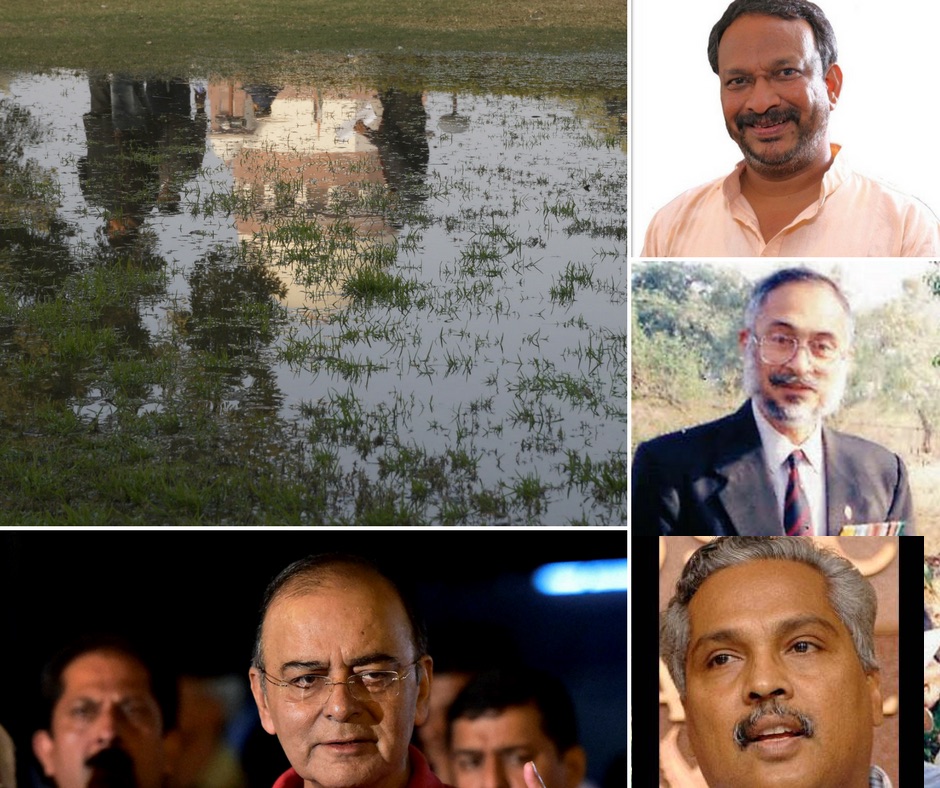 New Delhi: As the Supreme Court reserved its verdict on Thursday on the validity of section 139AA of the Income Tax Act – which makes it mandatory for those filing income tax returns to have an Aadhaar number from this year – strong signals emerged from the hearing that the bench of Justices A.K. Sikri and Ashok Bhushan, will have few options but to strike out or read down the controversial provision.

The case was brought by CPI leader Binoy Viswam, Magsaysay award winner Bezwada Wilson and a retired army general, S.G. Vombatkere, who said their unwillingness to part with biometric data for an Aadhaar card meant they would have no way to file their tax returns.

It was clear from the six-day long hearing that the bench would steer clear of considering arguments over the right to privacy, as that issue has already been referred to a larger bench by a three-judge bench on August 11, 2015.

Thus the petitioners’ arguments focused on how making Aadhaar mandatory compromised the bodily integrity of citizens by insisting on their fingerprints and iris scans.

When the attorney general pointed to several instances of such compromises being accepted without murmur by citizens, the petitioner’s counsel, Shyam Divan, responded it by saying that the instances cited by the government were for narrow purposes and were, therefore, harmless. Passports, driving licences, property registration, marriage registration, etc. do involve the mandatory sharing of personal information, including biometrics, if required, but are narrowly tailored unlike Aadhaar, Divan pointed out. The government had no convincing answer to this, apart from suggesting that such issues might impinge on the right to privacy, which this bench could not decide on.

The question of whether the impugned provision is discriminatory – as alleged by the petitioners – also made the bench doubt whether an income tax assessee has a right to pay tax in the manner he or she wants to. The petitioners claimed that they are honest tax payers and that section 139AA discriminates against them because they are against sharing their biometric data in order to pay tax – thereby resulting in the cancellation of their existing PAN cards.

The government’s answer to this was partly convincing: an individual may have moral reasons not to obey a particular law, but will, nevertheless, be expected to comply with it. Therefore, the fact that moral reasons for defying a law exist does not make the law’s objects discriminatory, the court was told. The Supreme Court’s interim order in the national anthem case was one such example, which was cited as an instance by the government’s counsel, Arghya Sengupta.

On Thursday, as senior counsel for the petitioners, Arvind P. Datar, continued his responses before the bench, he skirted this issue, probably because his other arguments were far more persuasive than what his probable answer to this question posed by the bench could have achieved.

Indeed, on the final day of arguments, it became clear that the bench was looking for those facets of the Aadhaar-PAN debate which it would be capable of deciding on merits, without entering the realm of the right to privacy, or even the right to equality under Article 14 – whose relevance to the Aadhaar-PAN debate remained fuzzy in view of the bench’s pointed queries to the counsel.

One such facet unfolded by chance during Datar’s arguments, which could prove a clinching factor, in favour of the petitioners. This was the question of whether parliament could enact a provision, without changing the basis of a judgment or an order of the Supreme Court.

While attorney general Mukul Rohatgi had argued earlier that an interim order of the Supreme Court could not bind or prevent parliament from enacting a law, on Thursday the bench asked Datar what his problem was with that proposition.

Datar responded that whether it is a judgment or an interim order, it is in the exercise of judicial power, and therefore, cannot be set aside by parliament without changing its basis. While conceding that a judgment or order of the Supreme Court is not cast in stone, and that as many as 30 judgments of the Supreme Court have been reversed by parliament, Datar said that in all previous cases parliament took care to change the basis of a judgment before overruling it.

Datar explained that the Supreme Court held on August 11 and October 15, 2015, in unambiguous terms, that Aadhaar could not be made mandatory, and that it could be used only for the six purposes specified by the government before it. If the government intended to change the basis of the Supreme Court’s orders, he said, then it should have amended the Aadhaar Act to make it mandatory for all purposes.

Instead, the Aadhaar Act makes it clear that enrolment is voluntary. Therefore, parliament cannot enact another provision in the form of section 139AA of the Income Tax Act making Aadhaar mandatory for filing income tax returns, as it would be contrary to the Aadhaar Act, Datar told the bench.

In order to harmonise the two Acts, the bench could dilute section 139AA down, by reading the word ‘shall’ in that provision as ‘may’, so that possession of an Aadhaar number becomes optional for income tax assessees to file their returns, Datar suggested.

‘Reading down’ is a tool of interpretation which helps a court save a provision of law from being declared unconstitutional by making it harmonious with an existing provision. It appears to be the most viable and easy option before the two-judge bench. Reading down section 139AA would also make it unnecessary for the bench to consider the complex question of whether the amended Income Tax Act violates Article 14 of the constitution, as the petitioners allege.

The bottom line from the hearings is that the government has not been able to rebut the petitioners’ claim that section 139AA is inconsistent with the Aadhaar Act, which aims at voluntariness.

Section 8 (2) of the Aadhaar Act underlines the voluntariness of enrolment, under it, thus:

A requesting entity shall— (a) unless otherwise provided in this Act, obtain the consent of an individual before collecting his identity information for the purposes of authentication in such manner as may be specified by regulations.

During the hearings, the government relied on section 57 of the Aadhaar Act to justify the mandatory requirement of Aadhaar number under Section 139AA of the I.T. Act:

Nothing contained in this Act shall prevent the use of Aadhaar number for establishing the identity of an individual for any purpose, whether by the State or any body corporate or person, pursuant to any law, for the time being in force, or any contract to this effect

But section 57 also has a key proviso, which says that “the use of Aadhaar number under this section shall be subject to the procedure and obligations under Section 8 and Chapter VI”, i.e. individuals have to consent – a fact which the government conveniently ignored.

139AA. (1) Every person who is eligible to obtain Aadhaar number shall, on or after the 1st day of July, 2017, quote Aadhaar number—

Provided that where the person does not possess the Aadhaar Number, the Enrolment ID of Aadhaar application form issued to him at the time of enrolment shall be quoted in the application for permanent account number or, as the case may be, in the return of income furnished by him.

(2) Every person who has been allotted permanent account number as on the 1st day of July, 2017, and who is eligible to obtain Aadhaar number, shall intimate his Aadhaar number to such authority in such form and manner as may be prescribed, on or before a date to be notified by the Central Government in the Official Gazette:

(3) The provisions of this section shall not apply to such person or class or classes of persons or any State or part of any State, as may be notified by the Central Government in this behalf, in the Official Gazette.

Explanation.—For the purposes of this section, the expressions—