Why India Should Worry About Its Educated, but Unemployed, Youth

As we head towards the general elections, political parties will stoke grievances to exacerbate rather than control social conflict. The large numbers of educated but unemployed youth are likely to get sucked into it. 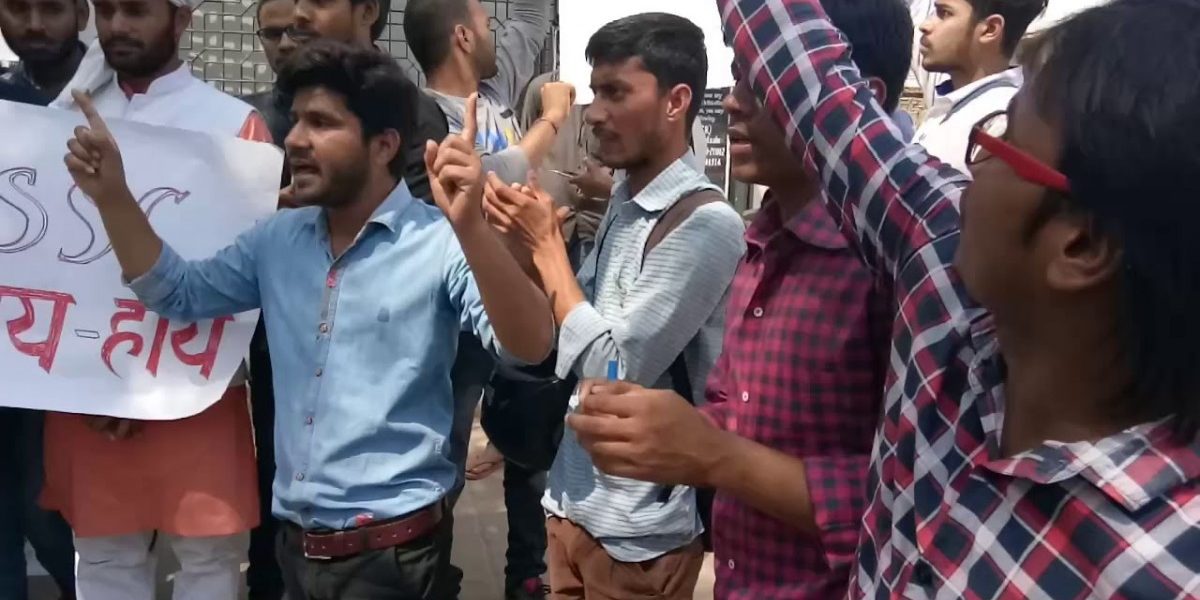 The high rate of unemployment among the educated is both due to the lack of sufficient jobs and poor schooling as well as the mediocre quality of education on offer at most colleges. Credit: YouTube screengrab

According to recent reports, India’s unemployment numbers are at a record high. The Centre for Monitoring Indian Economy (CMIE) estimated that 11 million jobs were lost in 2018 – pushing the unemployment rate to 7.38%. A leaked NSSO report pegged the unemployment rate at 6.1%, the highest in over four decades. After first trying to prevent the numbers from becoming public, the government challenged their accuracy.

“If the economy is growing at 12% nominal growth for the last five years, it would be an economic absurdity to say that such a large economic growth, the highest in the world, doesn’t lead to the creation of jobs… If no job creation takes place then there is social unrest. This has been a peace period where no major social agitation has been witnessed in the last five years.”

There are competing narratives about the significance of ‘official’ unemployment rates on the larger canvas. For example, writing for Hindustan Times, Manish Sabharwal says, “everybody who wants a job has a job; they just don’t have the wages they want or need.” However, it is also true that despite Jaitly’s claims, there is a growing consensus that job creation has not kept pace with the numbers of those seeking employment. But a related and bigger concern, as pointed out by Sabharwal and many others, is underemployment.

There is also no doubt that, contrary to the minister’s assertion, social agitation is taking place across the country. However, as Nitin Pai wrote in The Print in response to Jaitly’s remarks, it is fortunate that social protests have so far primarily involved people making political and economic demands of the government and “generally not crossed into the dangerous territory of challenging the authority of the state.”

There is another lurking danger, however, that Pai hints at: That social protests begin to target special ethnic groups who are perceived – rightly or not – as beneficiaries of the status quo or of the current government’s policies.

Before considering the impact of unemployment in all its forms on social protests and on political and democratic stability, it is necessary to throw the size of India’s young population and education – especially college education – into the mix. India has a large youth population with half of its 1.3 billion people below 25.

The unemployment problem is affecting large numbers of young people and a growing number of those have attended school. According to the recently released Annual Status of Education Report (ASER) 2018, 97% of children in the age group of 6-14 years are now enrolled in school. Many of those who attended school have gone on to obtain college degrees.

Pai invokes the work of Gunnar Heinsohn for whom a nation’s youth bulge – i.e. a period of rapid demographic growth because of which 30-40% of all males are aged 15 to 29 – can trigger widespread social conflict, especially when fairly large numbers of young people are educated and unable to secure jobs.

In a similar vein, Jack Goldstone has identified “an expanding population of higher-educated youth facing limited opportunities to obtain elite political and economic positions” as one of the key conditions for violent social conflict. Writing about select West Asian countries, Brynjar Lia attributed the growth in university education to the rise in numbers of educated youth who were not absorbed in the labour market and became ‘available’ for recruitment by radical and violent organisations. At the same time, it is believed that education may help mitigate the potential for widespread social conflict. Which of these two likely scenarios is in store for India, or is it something in between?

As countries such as India develop economically, a larger share of the young population begins to attend schools and colleges. This is both due to the efforts made by governments to promote schooling and college education as well as a growing awareness among individuals and families that education improves one’s life chances.

There is widespread evidence from countries around the world that education benefits both individuals and nations in material terms. Most Indians believe in the benefits of education which is why one survey found 71% of them to be willing to even borrow money for the education of their children.

In theory, college education, in particular, improves employment prospects. Many young people find jobs of their liking and when suitable employment is not immediately available, they are likely to remain patient if the economy is growing and if they see others like them benefiting from the nation’s economic growth in terms of employment or other opportunities.

In both senses, i.e. in terms of actual employment and optimism about future employment, education can mitigate the negative effects of the youth bulge.

On the other hand, however, while the Indian economy is growing, it appears that those with college degrees are not benefiting in terms of suitable employment. There are several reports of hundreds of young people with master’s degrees or even PhDs applying for jobs they are overqualified for. According to a report prepared by the Centre for Sustainable Employment at Azim Premji University, unemployment among the well-educated is thrice the national average. There are approximately 55 million people in the labour market with at least a graduate degree – of which nine million are estimated to be unemployed.

The high rate of unemployment among the educated is both due to the lack of sufficient jobs and poor schooling as well as the mediocre quality of education on offer at most colleges. This makes large numbers of graduates unsuitable for employment that is commensurate with their degrees. While the employability rates of college students have improved over the years, it remains under 50% and as low as 30% for graduates in arts and commerce. Nearly half of all undergraduate students – who make up for 80% of the total number of students – are enrolled in the least employable disciplines.

Also read: India Does Have a Real Employment Crisis – And it’s Worsening

The result is that many college graduates end up enrolling for advanced and/or additional degrees, taking up lesser jobs or remaining unemployed while they wait for something worthwhile in terms of employment.

The length of the waiting period for proper jobs and what the young unemployed and underemployed do during that time is perhaps of some significance. Their mental makeup, their behaviour and their actions in their period of waiting are influenced by a varied set of factors. For example, it matters how their families treat them – which to some extent may depend on their financial status.

Many are burdened by student debt, which begins to weigh heavily in the absence of proper employment. Other factors such as the company they keep, the nature of cultural and political discourse and the political and other activities of the major parties and their leaders also matter.

This brings us back to the negative effects of a college education. Because people believe that education opens doors that would otherwise remain closed, those with education and certainly those with college degrees have relatively high expectations about their employment prospects. Instead, many of them find that the doors continue to remain closed.

In India, where the economy is growing but where it is not clear whether employment prospects have improved, young people with higher levels of education are even more likely to feel cheated, frustrated, resentful, or even angry than under conditions of economic stagnation.

Some recent surveys show that young people are not very hopeful about their employment prospects. It is not obvious whether their frustration or anger will simply translate into votes against the government, anti-government protests or something else and more. What is clear is that the unemployed and underemployed become available as a ‘resource’ for political parties and other organisations which are looking to mobilise larger numbers of people for one reason or another, whether for anti- or pro-government protests, ethnic mobilisation or something else.

Overall, unemployment and underemployment among those with college degrees arguably carry a greater potential for social conflict, and of making such conflicts more intense and of longer duration, than among the less educated or the uneducated, because of their higher expectations.

In India, where differences based on ethnicity, including caste, language and religion, remain relevant and quite defined, perhaps more than class differences, the resentment and anger of young college-educated people may, rather than turn against the government or the state, instead turn against communities or social groups they perceive as privileged or as benefiting from government policies or even the status quo, including reservations.

This is even more likely when key political parties and their leaders engage in such discourse as part of their repertoire of routine diversionary tactics in order to hide their own failures by projecting ideas that make enemies out of others.

“Politicians must avoid stoking grievances, boost economic growth, discourage nativism and keep all democratic routes open. That, unfortunately, is exactly what our political leaders are not doing”.

As the country heads towards the general elections, things will get much worse before they get better, with political parties encouraging nativism and stoking grievances to exacerbate rather than control social conflict. The large numbers of educated but unemployed young Indians are likely to get sucked into it.