The train could have made a round trip to Bihar before the body was discovered in Uttar Pradesh's Jhansi. 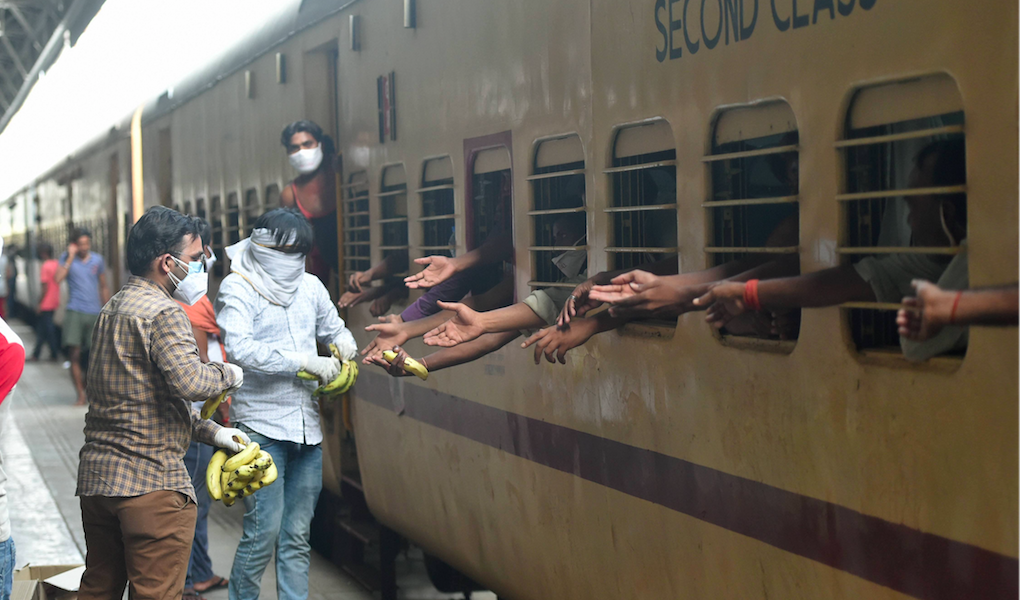 Representative image of passengers on the Shramik Special train in Lucknow. Photo: PTI

New Delhi: The body of a migrant labourer, who presumably died days ago, was found in the toilet of a Shramik Special train in Uttar Pradesh’s Jhansi railway station, late on Thursday.

NDTV has reported that it was railway workers who discovered the body while sanitising the coaches.

According to the report, 38-year-old daily wager Mohan Lal Sharma had left his work place of Mumbai and reached Jhansi on May 23. He is originally from Basti district in Uttar Pradesh and is likely to have boarded the train in an effort to reach Gorakhpur, 70 km from Basti.

The NDTV story points to the fact that the train could have made a round trip to Bihar before the body was discovered.

The report quotes the deceased’s relative Kanhaiya as noting that the family had been notified by the village pradhan who was in turn called by the Jhansi Police. Sharma had been “carrying Rs 28,000, a bar of soap and some books. He wanted to come home because there was no work,” Kanhaiya reportedly said.

Also read: Without Food for Days and in Searing Heat, Migrants Die on Shramik Special Trains

Police will hand over the body to the family after a post-mortem and COVID-19 test is done.

The lockdown in India, in its third month now, has caused an unprecedented humanitarian crisis, pushing daily wage earning migrant labourers on the open road as bigger cities became unliveable without work, food and means of livelihood. In the first phases of the lockdown, migrants lost lives and became severely ill in an attempt to walk home in the absence of transport. At least 17 migrant labourers and their family members – including five children – passed away on the journey home in the first five days of the lockdown.

Later, when the Centre announced Shramik Special trains, a new set of problems presented themselves, thanks to scheduling conflicts, lack of food during long journeys, unavailability of tickets and an overall lack of information. Migrants continue to walk and hitchhike, and are exposed to the dangers of the open road. Almost 400 have died due to the conditions imposed in the lockdown, according to an estimate that ended on May 10.

The Uttar Pradesh government has, meanwhile, claimed that the state has “brought back” the highest number of migrants and that the campaign will end soon. “The entire campaign of bringing back migrants through trains and buses will end in next two to three days. Till now, 26 to 27 lakh migrants have returned, Additional Chief Secretary (Home and Information) Awanish Kumar Awasthi told reporters on Thursday.

The Centre on Thursday told the Supreme Court that since May 1 to May 27 it has run 3,700 Shramik Special trains and transported over 50 lakh migrants to different States.