Until We Properly Define Home-Based Workers, Their Labour Will Be Ignored

Home-based workers do not constitute a homogenous group and are involved in a wide array of work. 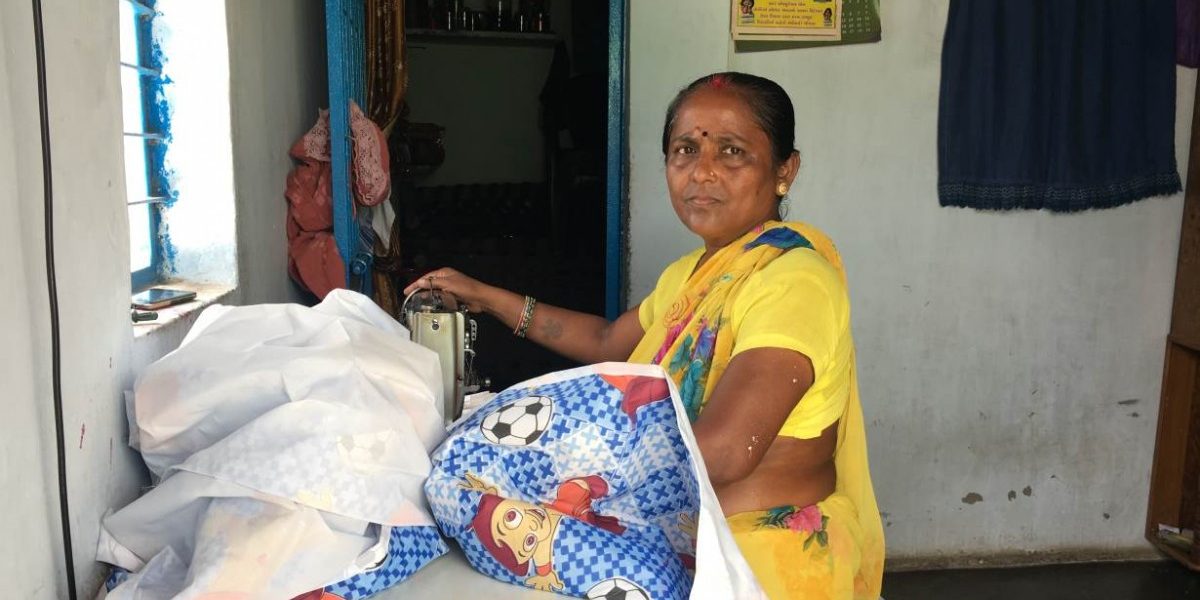 A woman sews in her room in Ahmedabad. Credit: Thomson Reuters Foundation/Rina Chandran

For most people, the definition of home-based work is hazy – particularly when quizzed about whether it is different from domestic work or unpaid care work. This is dangerous, because it means that an important section of informal workers are invisibilised, and their needs and issues not taken into account.

A home-based worker is an employee or a self-employed worker who performs his or her job from home rather than a designated workspace or an employer’s site. As expected, home-based workers do not constitute a homogenous group and are involved in a wide array of work.

Within the general category of home-based workers, there are two main types: piece-rate workers and own-account workers. Although these are not watertight compartments, as workers tend to move between them, it is important to distinguish, both conceptually and statistically, these two categories.

Piece-rate workers (also known as home-workers) receive work from a trader or a firm, either directly or through subcontractors or intermediaries. They work as an employee of the contractor and are paid on a piece-rate basis. These workers do not have any direct contact with the markets for the goods they produce.

On the other hand, own-account workers are generally in direct contact with the market and buy their own raw materials. They face competition from larger and more powerful corporate houses and often do not have access to credit, except at exorbitant rates of interest.

Whether the women in such households have an active role in market negotiations or the men have complete control varies from trade to trade, and also within one trade depending on intra-household relationships. Nonetheless, in terms of earning and working conditions, this self-employed category of home-based workers is not better off than piece-rate workers, except a few highly skilled trades like embroidery work or phulkari weaving.

But this isn’t the biggest worry. Do Indian policymakers recognise the contributions of home-based workers even within the informal economy? Many would agree that the answer is ‘no’.

At the same time, the definition coined by the Ministry of Statistics and Programme Implementation says, “…there is a category of workers who work at a place of their choice which is outside the establishment that employs them or buys their product.” This idea of “work at a place of their choice” is again quite misleading, as it not only deflates the marginalisation of the worker who works from home because of her vulnerabilities but also inflates the idea of her ability to make a choice.

There is another issue. Often these informal workers move between the categories of self-employed, sub-contracted, domestic work and street vending, depending on the availability of work. In the absence of clear mechanisms, it becomes difficult to identify the invisible middlemen who, as employers, are supposed to make contribution towards the social security benefits of the workers. It is then obvious that women home-based workers will be deprived of any social security benefits under the new labour codes.

The bias that fails to accept the fact that a productive economic job can be performed from home comes from a patriarchal value system that has always attached economic value to spaces where men work. It thus reinforces the idea that work is something that is performed outside the home – in an office, factory, shop, etc. Any work that is performed at home then cannot be valued as a ‘worthy’ work.

Unless conscious efforts are made to redefine work, and it is seen through the lens of labour and not place of work or wages offered, it will be difficult to bring about a change in recognising home-based workers as part of the workforce.

Rajib Nandi, Ayesha Datta and Gurpreet Kaur are affiliated with the Institute of Social Studies Trust, a voluntary and not-for-profit research organisation based in New Delhi.