We need to devise solutions to India's sanitation problem that are not only innovative but also user-centric and based on a deep understanding of sanitation workers. 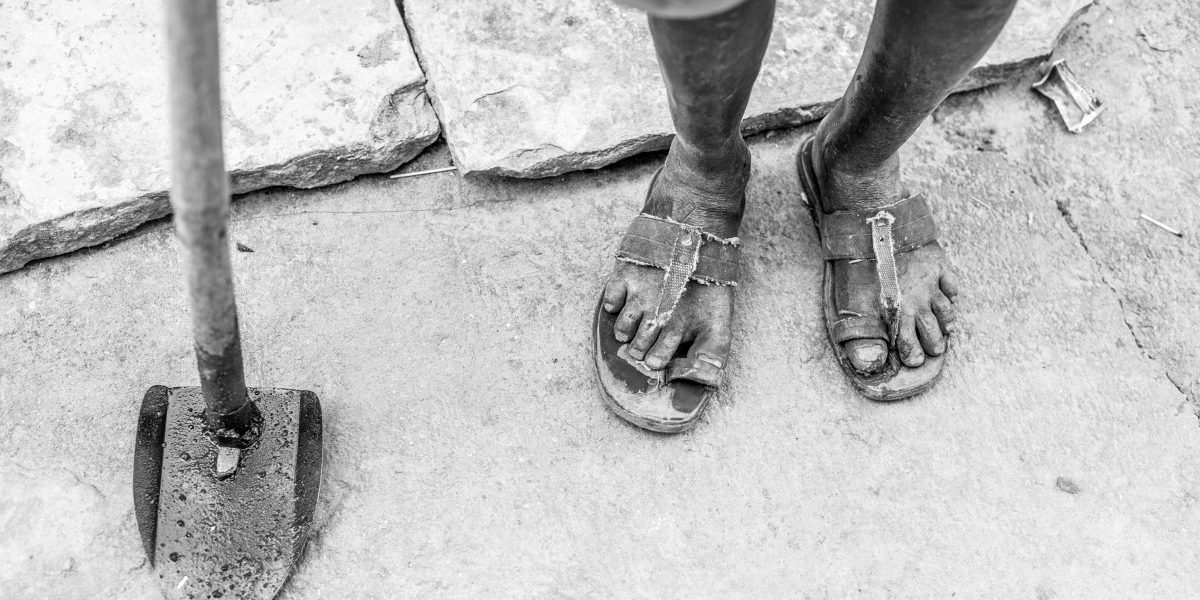 Despite an increasing focus by the government and programs such as Swachh Bharat Abhiyan, unsafe sanitation work – loosely captured under the catch-all phrase ‘manual scavenging’ – still exists in India. There are over 5 million people employed in sanitation work of some sort, with about 2 million of them working in ‘high risk’ conditions.

Here is the fourth in a series which introduces the situation of sanitation workers in the country; their different personas, the challenges they face, and the techno-social-financial-policy solutions that are essential to improving this situation.

Whenever we come across horrific incidents related to manual scavengers, a very fundamental question is asked is, why do sanitation workers choose to enter such jobs and why do they continue in such jobs even after clear evidence of risks to life?

To answer this question, Dalberg Advisors, a global advisory firm, conducted in-depth field research and interacted with various stakeholders to identify key issues related to the condition of sanitation workers in the country. Twenty-nine key insights we developed can be grouped in four categories: behavioural, social, infrastructure and governance. This article covers behavioural insights influencing entry, continuance and exit of these workers into high-risk sanitation work.

Family history is the key driver of entry

A majority of the workers enter this profession because their parents were sanitation workers, and they often replace their parents. Even though workers understand the riskiness inherent in their job, it is almost a rite of passage to continue with the job. Jobs of permanent (those employed by the government) sanitation workers even come with a promise of job replacement for children if something happens to the parents.

The family aspect gets further pronounced as often both husband and wife are in sanitation jobs, and this limits alternative options for their children due to a lack of exposure and inherent biases. A study of sewerage workers found that most working wives either work as road sweepers or as domestic workers in and around Delhi.

In most cases, sanitation workers lack proof of employment, even though they have been doing this job for several years.

“A drain cleaner was hit by a lorry and died without anyone even acknowledging his death and providing grievance compensation. If something were to happen to us, we should be acknowledged at least,” a drain cleaner said during the survey.

Sanitation workers are unaware of their terms of employment, specifics of renumeration structures and schedules. They have a limited view of the exact payment since they do not receive salary slips and are even unaware of their provident fund account details. If they ask for their salaries, they are threatened with lay-offs. Workers employed by sub-contractors are even worse-off and operate in an information vacuum, away from any formal employment protections.

No unified voice for collective bargaining

Sanitation workers are most often fragmented, moving around the city in small groups of 2-3, and are unable to come together to form collectives. Further, in jobs such as public toilet cleaning, contracts are typically awarded to agencies with operations in several cities. Workers hired by these agencies are rotated between cities quite frequently, further limiting collective agency.

Even where workers exist in large numbers, they tend not to derive any collective bargaining power. Jobs such as drain cleaning and sewer cleaning involve multiple workers local to the city, but the risk to unionise is severe. Workers feel they are disposable and that if were to start protesting, they would lose their jobs.

Workers also lack external support to help initiate collective formation and action. A majority of these workers belong to the ‘lowest’ rungs of the Scheduled Caste community. These sub-castes that sanitation workers belong to are only 12-13% of all SCs, and their issues get further pushed to the fringe.

An adverse relationship with gear and machinery

Most of these workers operate in environments where, after years of practice, the baseline expectation of minimal safety norms is either very low or completely missing. It is considered normal to clean without gear and operating practices are mostly heuristic driven, especially for jobs that are perceived as especially risky. A study found that only 5% of sewer workers were given information about potential hazards by supervisors or other officials, and more than 57% claimed that they learnt of the hazards on the job. Additionally, septic tank and sewer workers join at a young age (~16-18) and rely on experience and knowledge of older workers.

Also read: The Six Personas of Manual Scavenging in India

Workers have a conflicting relationship with safety gear. It is true, there is a lot to be desired regarding the design of the safety gear, but workers are not even taught how to use this gear. Workers are not fully aware of the importance of the gear. Moreover, they feel that it hampers their work. For example, it is difficult to hold the shovel during drain cleaning and gloves provided are often loose and slide off.

A majority of the workers perceive machines as substitutes rather than complements to their work, and fear that new machines will replace them rather than aid their work and keep them safe.

Cost of injuries and illnesses internalised

Workers perceive work-related injuries and illnesses as personal issues and bear the cost for treatment and missed income. Consequently, they end up bearing significant monthly expenses for medical treatment. Contractual workers do not have sick leave as a part of their contracts and get further penalised for their illnesses by foregoing wages for the days they are sick.

“We face suffocation, regular stomach aches and skin rashes, even fever almost every other day. There are no health benefits from the municipal government or the contractor,” a sewage treatment plant worker said.

Workers are risk averse and tend to prioritise assured income over improved safety or potential higher income in an unknown and uncertain job. Experienced workers have a “stick with what you know” attitude and exhibit a very distinct “endowment effect” while valuing their existing job, even though it was learnt with no formal training.

This problem is further exacerbated as contractual workers hope to become permanent one day, and continue with their temporary jobs in this expectation. This ends up being false hope arising from information asymmetry, as there is no evidence of any regularisation in recent years.

Also read: To Put an End to Manual Scavenging, We Need to Change Public Discourse Around It

Moreover, workers are not willing to take risks to start a business that could potentially pay much more. Workers anticipate variability in earnings and potential dip in the short-term, if they were to start a business and are unwilling to bear this switching cost. Consequently, sanitation workers end up being stuck in dead-end jobs.

“I do this job every day in the hope of becoming permanent. If I become permanent, my salary will be comparable to someone working in a bank (Rs 25,000),” said a drain cleaner who had been working for more than 10 years.

By no means should sanitation work continue in its present state and remain a family legacy. However, sanitation work will be required in India as we expand coverage and other countries have found ways to make it dignified and safe. We also need to do the same.

Current attempts at creating solutions have been extremely varied, ranging from activism by NGOs advocating for workers to leave their jobs to formal government regulation. They have met with limited success, as is evidenced by daily news reports highlighting the deaths of even more workers. We need to devise solutions that are not only innovative but also user-centric and based on a deep understanding of sanitation workers.

Further on in this series, we will present solutions that can make a difference and also progress from innovation pilots taking place across cities in India.

Nehal Garg is a senior consultant at Dalberg Advisors.