Thirty Years of Liberalisation: An Idea of Growth Powered by Migrant Workers

A liberalised economy led to large cities. But cities with a high cost of living and no housing for the poor led to one of India's biggest migrant worker crises this year. 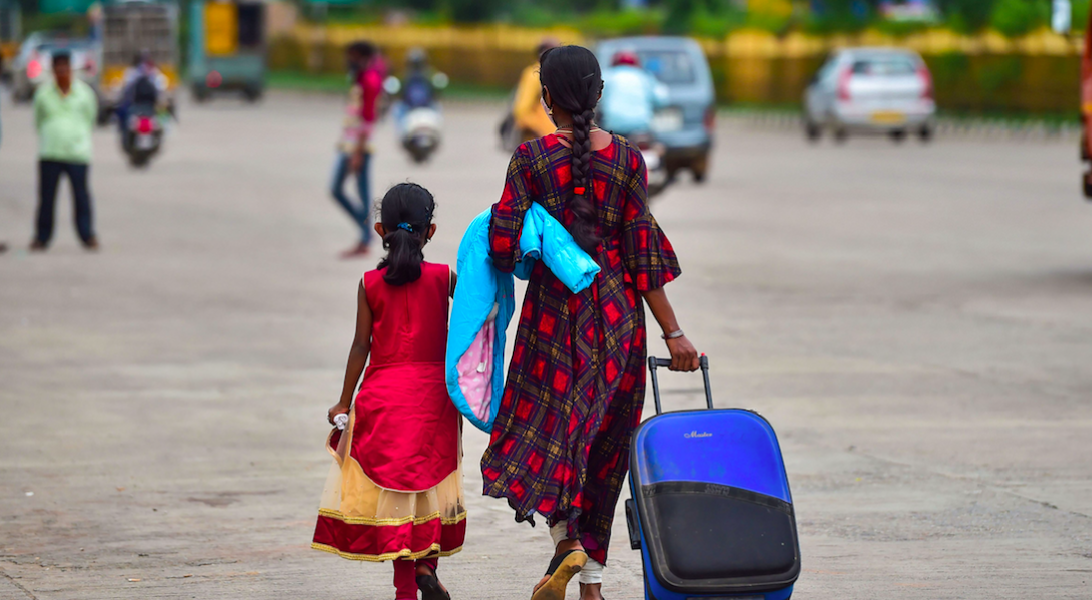 This is the second in a three-part series that outlines the processes of change that took place from 1991 and the crises that have emerged from it. Read ‘Part 1’ here.

The processes unleashed in India by liberalisation have consistently encouraged the concentration of economic activities around a few established urban centres. Foreign capital has tended to prefer these cities, especially those that have actively courted them.

As liberalisation abandoned the limited earlier efforts to spread industrialisation to more backward regions in the country, domestic capital too moved towards centres that were already economically well established. And the growing share of services in the liberalised economy saw the emergence of a sector that found it easier to serve concentrations of individuals, families and firms in larger cities.

The movement towards metropolises gathered momentum from a strategy to develop cities as attractive destinations for foreign capital. Chief ministers of states, especially those with single large cities, were encouraged to present their cities as ideal destinations for capital. Bengaluru and Hyderabad led the competition among Indian cities to attract foreign capital. A major part of that thrust lay in building expensive urban infrastructure that would make Western capital feel at home. Airports had to be of a size and décor that would match the best in the world. Massive flyovers were constructed to ensure foreign visitors did not need to confront the crowds and grime of Indian cities. 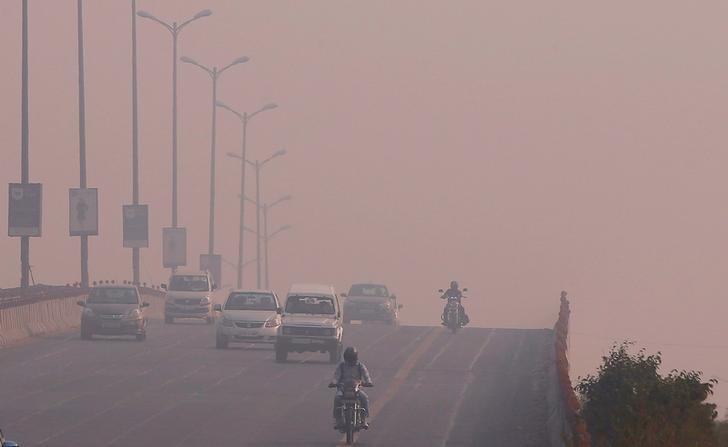 Commuters make their way amidst smog on a flyover in New Delhi, November 1, 2016. Credit: Reuters/Adnan Abidi

A part of the cost of this infrastructure was to be met through user fees. But this was rarely, if ever, enough. Governments at the Centre and the states had to come up with substantial investments. State investments in infrastructure often came at the cost of older priorities like housing for the poor. An effective rhetoric of corruption in the older city institutions – and there was in fact no dearth of rent seeking – ensured the basic infrastructure to house the poor began to decline.

A city with a high cost of living, and no housing for the poor, was not one that poorer workers in villages could permanently migrate to. This generated an upward pressure on wages required to attract even the least paid workers to the city. Industries that relied on the low-cost labour advantage began to feel the pinch.

The garment export industry in cities like Bengaluru began to fade, as it found it difficult to compete with similar firms in Bangladesh. Many of the smaller units shut down. In its pursuit of capital for relatively higher-end products, India had abandoned much of its advantage in low-wage industries.

The concentration of economic activity in metropolises also brought in a regional dimension to the picture. Most of the major successful metropolises were concentrated to the south and west of the country, with even earlier economic giants like Kolkata not being at the forefront of liberalisation. Without successful cities, states to the north and east of the country struggled to absorb workers. The 2011 Census recorded a sharp increase, in these states, in the proportion of workers who worked for less than six months in a year, compared to the previous census. Workers in the north and the east of the country thus faced a situation where work was concentrated in cities of the south and the west; cities that were so expensive that they could not hope to permanently migrate to them with their families. They were left with little option but to try and work in them while maintaining their families in their villages.

Very often, in states like Bihar and Jharkhand, young men tended to rally behind a person from their caste or other identity group. This person was then expected to negotiate with different companies in distant cities, offering the labour of the entire group. Often, in order to increase their bargaining power, the size of the group on offer was increased through alliances with other similar caste groups in the village and its surrounding territories.

Modern technology, especially the mobile phone, enabled the mobilisation of these workers from their rural bases. Workers invested in mobile phones in order to remain in touch with their contractors when in the village, and with their families when in the city. Apart from this investment their existence in the cities was at a level that was far worse than what they had in their villages. They were crowded into small rooms with sheet roofs and lived in a group consisting entirely of young males, with all its social and personality consequences. They identified with their village, and their entire focus was on sending back to their village as much, as they possibly could, of what they earned in the city.

The low cost of this informal labour saw the space for it increasing even within the formal sector. It started with their taking over peripheral work like industrial security, but they have been increasingly moving towards the shopfloor. This informalisation of the formal sector has had its consequences. Wage negotiations in their case shifted from the domain of trade unions, to the leaders of identity based groups of workers.

As the bargaining power of these identity groups is built around their ability to shift from one firm to another, there is very little commitment to the long-term interests of a firm. This can sometimes lead to volatile behaviour at the workplace, including violence, as was seen recently in the Wistron factory, not very distant from Bengaluru. 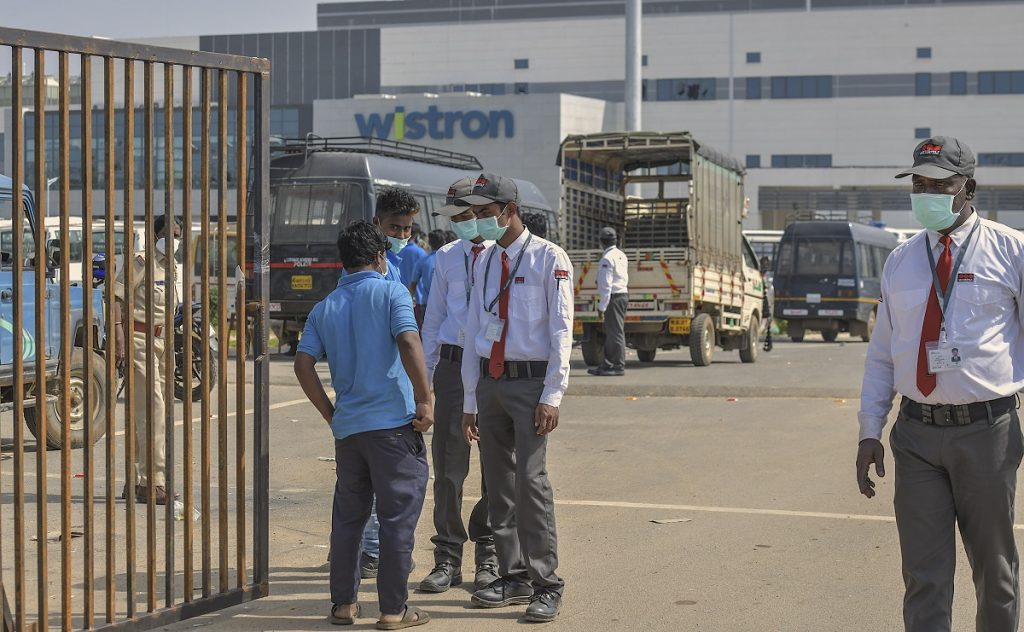 The arrangement also makes the workers prone to the extreme volatility caused by external events. The COVID-19 pandemic brought out the sheer size and intensity of such a crisis. The lockdown left millions of workers stranded on the streets, hundreds and sometimes thousands of kilometres from their homes.

In addition to their intense pain, the phenomenon also brought out the magnitude of the dependence of the Indian economy on short-term migrant workers. And these workers were vulnerable even in non-COVID-19 times. Brought together, as they were, on the basis of their identity, they were also sometimes forced to flee ethnic conflicts.

The central role of identity in this entire process has its consequences in the political domain as well. As workers rally behind leaders from their identity group, even for wage negotiations, they are pushed towards identity politics. Identity is no longer a distraction from their economic interests, but the vehicle through which they negotiate these interests. Liberalisation cannot be seen in isolation, as economists are wont to do, but must be recognised as the engine that drives identity politics.