The Six Personas of Manual Scavenging in India

To have a more comprehensive understanding of manual scavenging in India, it is essential to understand the type of people involved in this line of work. 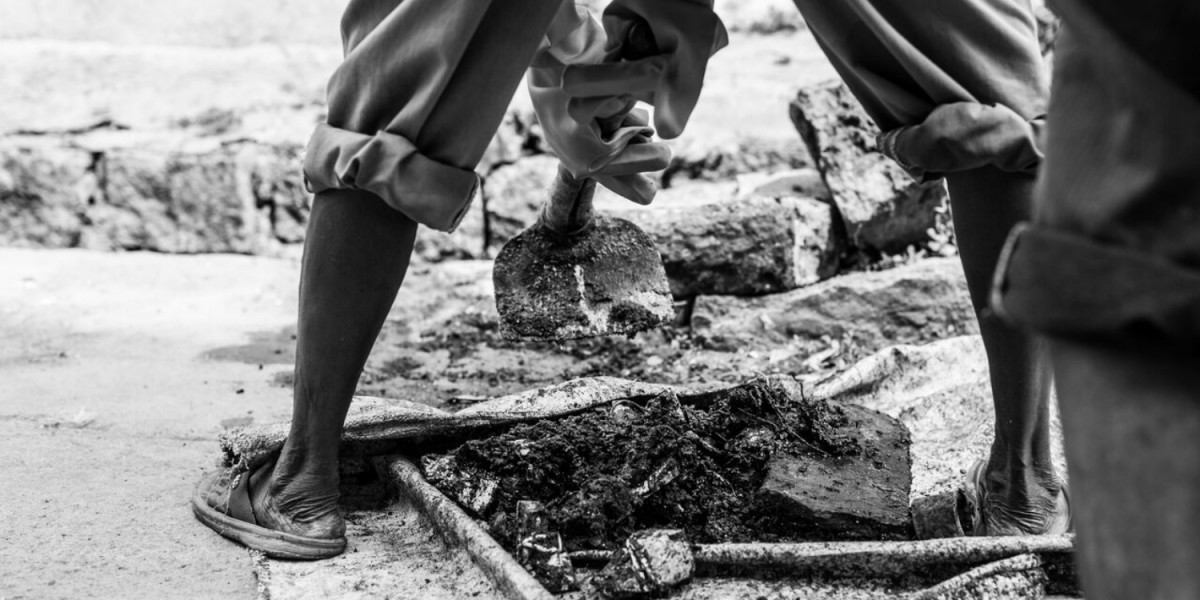 Despite an increasing focus by the government and programs such as Swachh Bharat Abhiyan, unsafe sanitation work – loosely captured under the catch-all phrase ‘manual scavenging’ – still exists in India. There are over five million people employed in sanitation work of some sort, with about two million of them working in ‘high risk’ conditions.

Here is the third in a series which introduces the situation of sanitation workers in the country; their different personas, the challenges they face, and the techno-social-financial-policy solutions that are essential to improving this situation.

However, it is insufficient to understand just the different types of work. To have a more comprehensive understanding, it is essential to understand the type of people involved in this line of work, the reasons that draw them and the constraints they operate under – in order to develop solutions and livelihood pathways that are truly meaningful and relevant to them.

In protracted interactions with close to a hundred sanitation workers as part of the Sanitation Workers Project, the Dalberg team unearthed six distinct ‘personas’ of workers based on their backgrounds, motivations and perceived opportunities. They are:

These are relatively new workers who are forced into the profession due to the death of the primary breadwinner who used to be in this profession. This profile constitutes approximately 10% of the manual scavenging workforce.

Typically 25 years and older, with limited education, ‘reluctant inheritors’ work as railway cleaners, drain cleaners, or sewer cleaners with the government or contractors. They are aware of the issues and hazards that are attendant with the job but are also conscious of family responsibilities, and therefore need an assured, stable income which the government can provide. Given their personal constraints, they have not considered changing  jobs, but want to educate their children so they can escape the sanitation worker “trap”.

These are workers who face less hazardous environments and are comfortable in the current job and have no desire to move out. This profile constitutes approximately 30% of the workforce.

Typically, 20 to 35-years of age, ‘complacent part-timers’ have been engaged in school and community toilet cleaning for five years or more. Since they work in relatively less hazardous and more friendly environments, the share a sense of belonging with their co-workers and supervisors, and regularly interact with the larger community (given the nature of job). They feel no compulsion to switch occupation – and are looking to continue in the job for the next few years at least.

These are workers who have just entered the job and are keen to move on to jobs beyond sanitation but foresee no opportunities for doing so. They constitute approximately 5% of the workforce.

Relatively better educated (class VIII and above) and mostly young males (18-21 years), ‘caged birds’ are engaged in sewer, septic tank and public toilet cleaning. In most cases, they would have recently entered the occupation through informal networks to supplement their family income, but are dissatisfied with the work and understand the risk hazards.

They are optimistic about their future and would like to do something that is respectable in society, ideally a white-collar job in the next two-three years. But they are unaware of the opportunities and pathway to pursue them. They are limited by their need to earn money and constrained by the fees of alternate vocational training.

These are sewer workers and drain cleaners, typically male, who have been working for several decades and expect to continue doing so. They constitute around 30% of the workforce.

‘Trapped traditionalists’ are engaged in the most hazardous environments, including sewers, septic tanka, and railway and drain cleaning for the last 20 to 15 years. They are not open to exploring other jobs because of the high perceived switching cost – unlearning the current job and going into an unknown environment. Not on government payrolls yet, they live under the “false hope” of becoming permanent employees one day. However, they desire that their children move out of sanitation and are ensuring they complete their formal education.

These are workers who are looking for jobs that provide the best economic pay-out and currently a job in sanitation provides them just that. They constitute around 10% of the workforce.

In their 20s with limited skills and education, ‘transient hustlers’ are typically found engaged in community toilet cleaning. They entered the profession two-three years ago looking for the best livelihood option in terms of risk adjusted economic pay-out. They have no particular sense of belonging to the job, are always looking out for the “next best thing,” are risk-taking and leverage informal networks to source jobs.

The first among equals

These are permanent sewer workers and drain cleaners who have been doing this job for years and earn significantly more than other workers. They constitute around 15% of the workforce.

Typically, 40 years or older, the ‘first among equals’ have been engaged in sewer or drain cleaning for several years and have become permanent government employees. They have developed a sense of attachment with their work, workers and supervisors. While they understand the unsafe and stigmatic aspects of the job, they value the higher and assured income (earning three-times more than temporary workers) that it provides. However, they also want their children to break out of the family’s dependence on sanitation jobs.

While the ‘complacent part timer” and ‘trapped traditionalist’ require better working conditions and higher pay in their current roles given that they expect to continue in them, the ‘caged bird’ and ‘transient hustler’ would most value support with switching jobs. The ‘reluctant inheritor’ could be best geared for entrepreneurship, perhaps related to sanitation (e.g. operating sewer cleaning machines). Infographic: Overview of personas, size of segments, and mapping of potential solutions