Amma canteen workers with low wages and no weekly off dare not complain for the fear of losing their jobs. 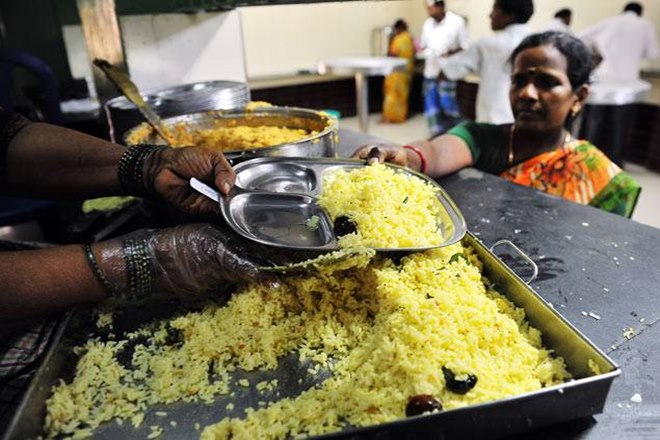 Food being served at an Amma canteen. Photo: PTI/Files 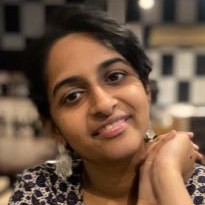 Chennai: On April 19, 2020, an Amma canteen outlet at Old Washermenpet in north Chennai was temporarily shut after two patrons tested positive for COVID-19. Soon after, one patron died. On May 3, a canteen worker at Triplicane’s Ice House tested positive and was admitted to the Government Medical College at Omandurar Estate. The canteen was shut later that day, and all staff were tested for COVID-19.

All through the several lockdowns imposed to control the steady spread of the novel coronavirus in Chennai and the capital city’s neighbouring districts in northern Tamil Nadu, the Amma canteens have been a saving grace, serving cheap meals to thousands of poor people who have borne the brunt of the lockdown-hit economy. The Amma Unavagam scheme of subsidised food outlets, popularly called Amma canteens, was launched on February 24, 2013 by former Tamil Nadu chief minister late ‘Amma’ J. Jayalalithaa, of the ruling All India Anna Dravida Munnetra Kazhagam party.

The Amma Canteens, where meals can be had for as little as Rs 1 to Rs 5, have become a role model for replication in other states. The scheme was followed by NTR Anna canteens in Andhra Pradesh, Indira canteens in Karnataka, Annapurna Rasoi Yojana in Rajasthan, Deendayal canteens in Madhya Pradesh and Aam Aadmi canteens in Delhi.

But a darker side to ‘Amma’s’ pet scheme has emerged, with some of the workers who cook and serve thousands everyday across Tamil Nadu telling disturbing stories of poor quality of food and exploitative working conditions. Worse, several workers have complained of sexual harassment, mostly at the hands of municipal corporation officials.

The canteen workers are daily wagers – largely women from self help groups (SHGs) – while the scheme itself is run by municipal corporations under the auspices of the state health department. Many women continue to suffer such harassment in silence for fear of losing their jobs should they make a formal complaint, due to intimidation of those who dared to speak up.

Fired for supporting a complainant who was sexually harassed

Over a year ago, a canteen leader Mallika (name changed), who worked at one of the busiest areas in Chennai, was told by the assistant health officer that she was being relieved of her job. The reason? She had raised a complaint on behalf of a victim of sexual harassment, who was allegedly assaulted by the sanitary officer. Ironically, Mallika was sacked on March 8, 2019 – International Women’s Day. She fought back and eventually regained her livelihood, but not without great personal cost.

The Wire met a weary Mallika at her home, after she had completed her morning shift at the canteen. Still fearful, she nevertheless narrated the ordeal of her fight to retain her livelihood, and some justice. “I can’t speak freely about what happens in the canteens as my co-workers may report me to the authorities,” she says. The struggle to retain her job left Mallika unwell, with increased blood pressure and unable to look for another job. A widow, she was supported by her three married daughters until she recovered.

In February 2019, Rajeshwari (name changed), one of the workers at the canteen led by Mallika, complained to her about continuous harassment that she was facing at the hands of the sanitary officer of the ward. “Rajeshwari often complained that the officer had offered her a promotion and salary hike in return for an illicit relationship, misbehaviour and inappropriate suggestions to go out with him,” recounts Mallika. As Rajeshwari’s complaints increased, Mallika raised the issue with the health department.

A resultant inquiry panel transferred the sanitary officer to another zone. However, a few days later, Mallika was told by a health department official that her services were no longer needed, without ascribing any reason. Mallika was suddenly left without a livelihood, without having received even an official order. After repeated pleas to the Greater Chennai Corporation, showing her work records at the canteen, Mallika regained her job, but at a different canteen located further away from her house, and at a lower position than she held earlier.

Where she used to be the leader of the canteen workers, she was now just one among them, and earning a slightly lower wage than earlier. She adds that the alleged perpetrator, on the other hand, has maintained both his position and authority in the Amma canteen scheme, free of the mental trauma that the women concerned have gone through. When The Wire tried to contact the officer, he was unreachable.

“All the efforts that I had to put in to regain my job for merely raising a complaint against misconduct, have caused mental agony,” recalls Mallika. Till date, the victim of harassment has taken pains to keep her identity anonymous, and has not told her husband and children about what happened at her workplace, for fear of being shamed. She left the Amma canteen and is looking for another job. “Had Amma been alive, such atrocities would not have taken place on women,” says Mallika.

In February 2014, Shakunthala (name changed), began working at an Amma canteen in a government hospital. After questioning discrepancies in the accounts of that canteen, which is jointly maintained by the sanitary inspector and the canteen leader, Shakunthala was harassed and eventually terminated. Using her request to change her shift, a dispute broke out between the inspector and four workers including Shakunthala, after which she was subjected to longer work hours, frequently being given responsibilities even after her shift was over.

The issue was escalated to the mayor’s office, when the inspector alleged that the workers physically assaulted him. A compromise was reached and the issue was purportedly settled. However, three weeks later, all four workers were dismissed, without any reason being cited. “When we approached the Corporation and denied any allegations made against us, we were promised we would get our jobs back, but only on condition of apologising to the officials and paying them a bribe,” alleged Shakunthala.

Shakunthala and her colleagues finally appealed to Tamil Nadu’s minister of municipal administration S.P. Velumani, who intervened, and they were reinstated after three months. While three resumed work, one refused to rejoin. “All these months of trauma and financial constraint I have suffered, for no mistake of mine, has caused too much mental agony,” she says.

Women from SHGs are employed at the canteens as contract workers at a daily wage of a mere Rs 300. They get no employee benefits, such as insurance in case of accidents at the workplace. They do not even get a weekly day off. The canteen workers can get a day off only in exchange for loss of the day’s wage. Workers also complain of poor infrastructure at unsafe and unkempt kitchens, and the poor quality raw food provided. They have been demanding that canteen facilities be improved.

Watch: How Essential Workers Are Braving COVID-19, Ensuring Supplies and Doing Their Jobs

One worker, wishing to remain anonymous, told The Wire over the phone about the risky conditions at the kitchen where she cooks. “I am not sure when the stove may fall on us as it has worn out completely and needs maintenance,” she says. “Poor quality, adulterated ingredients are given to us to make the food with,” alleges Shakuntala. She adds that her canteen is often plagued by drunken customers who refuse to pay after eating, adding to losses.

Now, the Tamil Nadu government has allocated Rs 100 crore in its budget for 2020-21 to make the canteens mobile, with the aim of transporting food to work sites. Workers say not every woman is comfortable about working in the proposed mobile canteens, especially when the infrastructure provided in the existing kitchens are not up to standard.

Speaking about the harassment that women face at Amma canteens and other workplaces, P. Suganthi, Tamil Nadu general secretary of the All India Democratic Women’s Association, says, “It is very true that sexual harassment is prevalent in all workplaces, in both the organised and unorganised sectors. However, it is more rampant in the unorganised sector due to lack of unions and committees to take up such issues.”

Emphasising the importance of unions, Suganthi says these empower workers to raise complaints about issues like sexual harassment, as in most cases, the perpetrators are usually men in a position of authority over the victims.

“Lack of unions in the unorganised sector means women can complain only to a committee headed by the collector,” adds Suganthi. “Though we have not heard of any complaints from Amma canteens so far, we must take the initiative to start unionising these workers, so they can share their grievances without fearing for their job or safety.”

However, despite all problems, the canteen workers firmly believe that the scheme itself, aimed at the double benefit of providing subsidised food to the poor and employment to women from SHGs, will be successful if run well, as envisaged by Jayalalithaa.