Migrant Worker Crisis: The Supreme Court Has Abdicated All Responsibility

In a petition seeking to mitigate the miseries of migrant workers, the top court also indulged in what under normal circumstances would be considered frivolous talk. 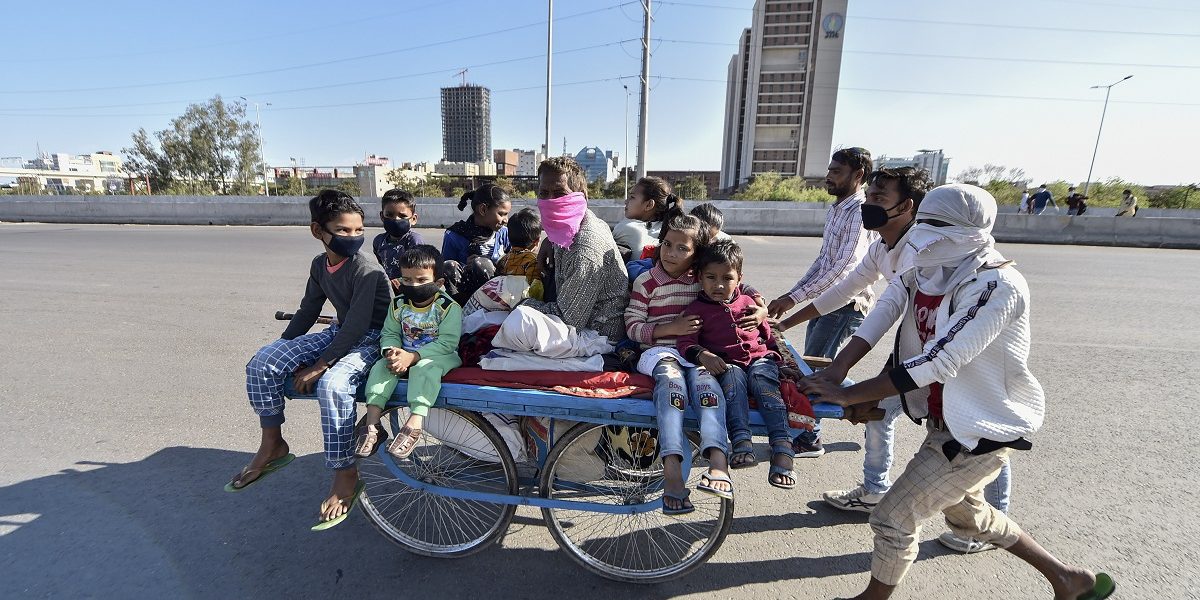 New Delhi: Ram Avtar (60) with his family walks along with other groups of migrant workers as walk to their native places amid the nationwide complete lockdown, on the NH24 near Delhi-UP border in New Delhi, Friday, March 27, 2020. Photo: PTI/Ravi Choudhary

“How can we stop migrants from walking”, the Supreme Court is reported to have asked on May 15, 2020. The questions seemed quite incongruous on the face of it but bordered on being bizarre when seen in the light of a statement made by the solicitor general (SG) of India in the Supreme Court on March 31, 2020, that “there is no person walking on the roads in an attempt to reach his/her home towns/villages”. This was reportedly said while filing an affidavit on behalf of, none other than, the Union of India!”

Some other reportage of the same event also had SG Tushar Mehta saying, “I have instructions to state that no one is now on the road. Anyone who was outside has been taken to the available shelters”. The same report also quoted him as having said, “Home Secretary makes an official statement on record to say ‘as of 11AM on March 31, nobody is in the road. They have all been taken to the nearest shelter available’”.

This happened in the context of a petitioner seeking to mitigate the misery of thousands of migrants who were walking long distances on highways to go to their villages because there were no jobs, no place to stay, and no money to buy food, and no reliable means of transport. The three-judge bench said, “it was not possible for the court to monitor who is walking and who is not walking”.

The response of the SG was, of course, self-assuring. He said, “states are providing interstate transport. But if people get angry and start on foot instead of waiting for the transport to be provided nothing can be done. We can only request that people should not walk. Using force to stop them would be counterproductive”.

While the SG argued that using force “would be counterproductive”, the chief minister of the most populous state of the country directed district administrations to form special police teams to stop migrant workers from travelling on their own.

The bench also indulged in what, under normal circumstances, would be considered frivolous talk, usually not expected in such a setting when one of the judges “asked the petitioner whether he was willing to go and implement government directives if the Court grants him special pass”.

When the issue of 16 migrants being run over by a goods train while they were sleeping on the railway tracks, on May 8, was raised, the bench said, “How can anybody stop this when they sleep on railway tracks?”.

This last remark not only displayed the lack of sympathy for the victims of the tragedy, it also betrayed the fact that the judges had, at least temporarily, overlooked a law which first came into existence as far back as, and has been on the statutes since 1890. It is called the Railways Act. It was last revised in 1989. Section 147 of the Railways Act, 1989, reads as follows:

(2) Any person referred to in sub-section (1) may be removed from the railway by any railway servant or by any other person whom such railway servant may call to his aid.”

The existence of such a provision in law is only incidental.

The proceedings of the petition, excerpts of which are mentioned above, and of several others on the issue of migrants walking home, are indicative of the attitude of the judges towards these unfortunate citizens of the country. Two observations of the bench, one asking the petitioner if “he was willing to go and implement government directives…”, and on the 16 persons being run over while asleep on the railway tracks, are examples of the callousness and indifference with which the issue of migrants seems to have been dealt with by the apex court.

This mindset seems to have been abetted by the solicitor general, who not only considers public interest litigations (PILs) anathema but is also thoroughly disapproving of citizens who file PILs. What is disturbing, indeed shocking, is that various benches of the apex court have accepted some statements made by the solicitor general which are patently contrary to the facts on the ground.

The most amazing instance of this is the statement about there being “no person walking on the roads in an attempt to reach his/her home towns/villages,” which seemed to have been believed by the bench without any doubt or demur, at a time when photographs and videos of hoards of migrants walking on the roads were being widely shown by both, the print and the audio-visual, media.

As a matter of fact, the director general of police of UP was quoted as saying that “the number of people who are moving is huge”, as late as May 17, 2020. A headline on May 18, 2020, is quite revealing: “Protest by migrants stokes traffic chaos after UP govt seals borders”. Yet another report illustrates the desperation of the migrants, “Covid-19 lockdown: Migrants stranded in Haryana cross Yamuna to reach Uttar Pradesh”.

Petitions related to migrants are not the only instance of the apex court appearing to abdicate its authority in deference to the executive. A recent order of the court on the issue of restoration of 4G internet services in Jammu and Kashmir, is a graphic example of that. Responding to a plea for the restoration of 4G internet services, the court decided “to constitute a Special Committee comprising of the following Secretaries at national, as well as State, level to look into the prevailing circumstances and immediately determine the necessity of the continuation of the restrictions in the Union Territory of Jammu and Kashmir…The Special Committee is directed to examine the contentions of, and the material placed herein by, the Petitioners as well as the Respondents. The aforesaid Committee must also examine the appropriateness of the alternatives suggested by the Petitioners, regarding limiting the restrictions to those areas where it is necessary and the allowing of faster internet (3G or 4G) on a trial basis over certain geographical areas and advise the Respondent No. 1 regarding the same, in terms of our earlier directions”. 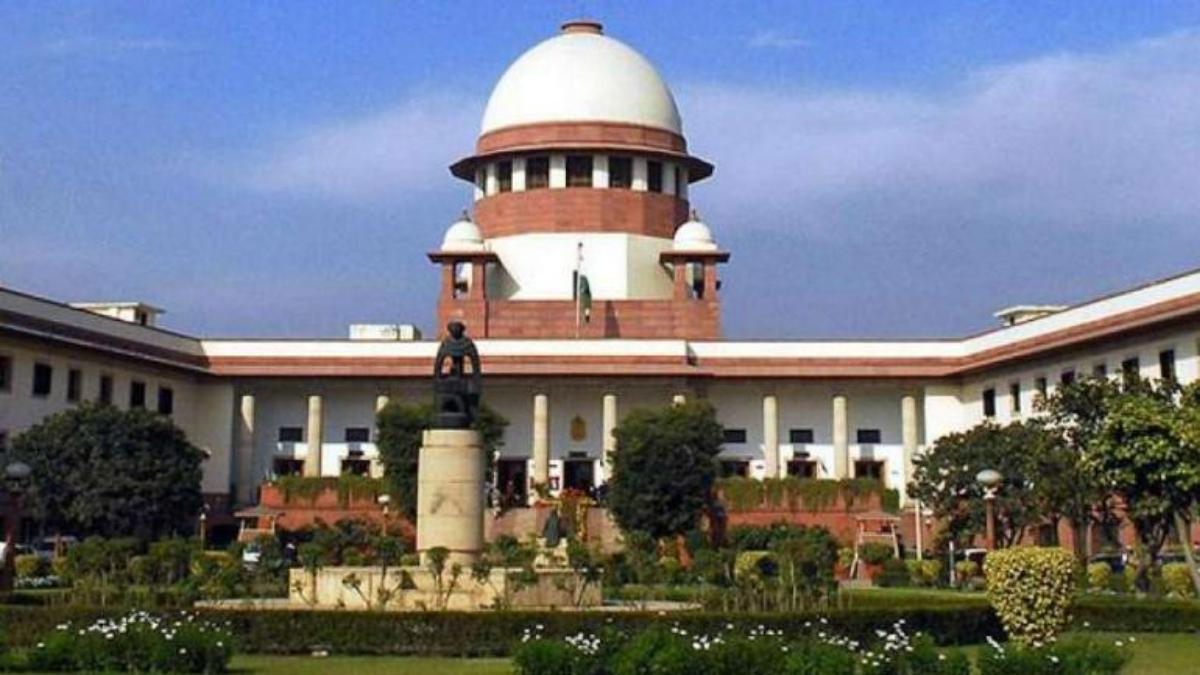 The order is peculiar for many reasons but two stand out. One, it violates one of the fundamental principles of natural justice, nemo judex causa sua, which means “no one can be a judge in his own case.” By setting up a committee of secretaries to “determine the necessity of the continuation” of the ban on 4G services, the court has authorised pretty much the same people to take a decision which they, themselves, had made!

A national daily has expressed strong views on this order: “But the SC order is also troubling because it appears to be part of a broader pattern of delay and evasion, and passing the buck, in cases that touch upon fundamental rights and crucial policy issues…” (emphasis added).

Also read: The Supreme Court Is Locked Down and Justice Is in ‘Emergency’ Care

What is the Supreme Court missing?

The first thought that comes to mind is the well-known “Gandhi’s Talisman”. This is what the Mahatma said:

“I will give you a talisman. Whenever you are in doubt, or when the self becomes too much with you, apply the following test. Recall the face of the poorest and the weakest man whom you may have seen, and ask yourself, if the step you contemplate is going to be of any use to him Will he gain anything by it? Will it restore him to a control over his own life and destiny? In other words, will it lead to swaraj [freedom] for the hungry and spiritually starving millions?
Then you will find your doubts and your self melt away.”

When the court speaks about the unfortunate migrants walking on the highways in a disparaging tone, it is difficult to believe that the court remembers the Mahatma’s Talisman.

Given that Mohandas Karamchand Gandhi gave his talisman in a letter to a friend, who was tormented by doubts, many decades ago, the fact that the bench may have overlooked this can be understood. There is, however, an event which occurred not too long ago, on May 6, 2020, to be precise. It was the first “virtual” farewell in the history of the Supreme Court. Justice Deepak Gupta was the retiring judge and he made some significant observations in his farewell speech. Some parts of his speech are worth reproducing in full:

“In addition to being independent, honest and courageous, the judiciary must also be humane and compassionate…. A compassionate superior judiciary which lives up to the principles enshrined in the Preamble to the constitution to provide justice – social, economic and political, and to ensure the dignity of the individual, is something which we all must strive for.”

“(I)n the present day and age judges cannot live in ivory towers but must be aware of what is happening in the world around them. The scales of justice to be really equal, must, in fact, be balanced in such a way that the poor and the underprivileged are not denied justice” (emphasis added).

If the apex court benches had shown some humaneness and compassion while dealing with our, and their, migrant compatriots, perhaps the pronouncements might have been different.

Migrant workers walk along a railway track in Ghaziabad, in the outskirts of New Delhi, May 13, 2020. Photo: Reuters/Adnan Abidi

While the migrants walking home seemed doomed because of the strange attitude of the apex court, hope has come from the high courts. First off the block was the Orissa high court, which took up the issue of migrants on May 7, 2020. This decision was, however, stayed by the Supreme Court on May 8, 2020. This was followed by the Gujarat high court, which took suo motu notice of newspaper reports on May 11, 2020.

These were followed by the Andhra Pradesh high court and the Madras high court, both on May 15, 2020. Both, these courts have asked some very relevant and searching questions of the state as well as the Central governments.

“1. Whether any data is being maintained by the Government of India regarding the details of migrant workers working in each State/Union Territories in India?

2. If so, what is the number of migrant workers in each State/Union Territories in India and the details regarding their nativity?

3. What is the number of migrant workers stranded in each State/Union Territories in India as on today?

4. What are all the assistance provided to those migrant workers by the respective States as well as the Union Government?

5.Whether those migrant workers are allowed to cross the State borders or prevented from crossing the borders and if they are prevented, whether they are provided with basic amenities such as food, shelter and medical assistance?

6. How many migrant workers died on their way to the native States?

7. To which States/Union Territories, the deceased workers belong to?

8. What are the relief measures/compensation provided to the families of those migrant workers who lost their lives on their way back to their native States?

9. How many migrant workers in each State/Union Territories have been evacuated from their working States to their native States through buses/trains throughout India?

10. What are all the steps taken to transport the remaining people to their native States?

11. Whether migration of people is one of the reasons for spread of Covid-19?

12. Whether the Central Government has instructed the respective States/Union Territories to provide financial assistance, job opportunities in their native State/Union Territories for the labourers who migrated from other States?”

It is this kind of questioning that can make the executive accountable for its responsibilities towards “the poorest and the weakest man” of Mahatma Gandhi.

One hopes these high courts will be allowed to continue their proceedings without any interference from any quarters!