Will Social Security Become a Reality for Home-Based Workers? 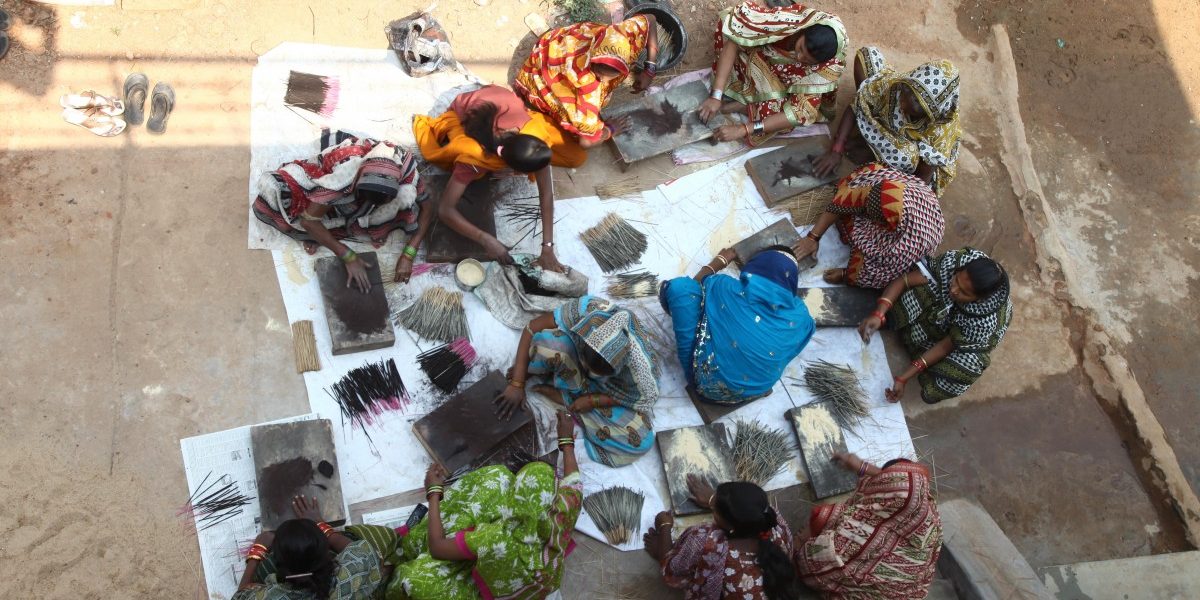 Around the second half of October each year, India’s 37.4 million (2011-12 National Sample Survey Organisation estimate) home-based workers find themselves in the spotlight thanks to International Home-Based Workers Day that falls on the October 20.This time around, the country’s home-based workers, a majority of them women, see a ray of hope – a hope for comprehensive and inclusive social security, which has evaded them so far but which could prove to be a lifeline for them.

Over three years ago, the Central government began the process to amalgamate, rationalise and simplify 44 central labour laws into four Labour codes on Social Security and Welfare, Wages, Occupational Safety and Health and Industrial Relations.The objective of this exercise, according to the government, as stated on the Ministry of Labour and Employment’s website, is to ‘generate employment and to facilitate the ease of doing business’. However, as things stand, it seems to be tilting in the favour of the second objective.

Various versions of the draft Labour Code on Social Security and Welfare have been in the public domain for some time now and the latest version (2.1) is once again being subjected to consultations and comments.

India’s many labour laws have long needed simplification and credit to the government for taking this step in the right direction. The Labour Code on Social Security also, commendably, makes way for the universalisation of social security benefits to all workers based on a rights-based approach, irrespective of whether they are in the organised or unorganised sector. This brings the often-ignored informal sector, including home-based workers, under the ambit of the Labour Code on Social Security. However, it is also true that there are still many unanswered questions, much ambiguity and a heap of challenges that could come in the way of social security becoming a reality for home-based workers in India.

Who are home-based workers?

Home-based workers (HBW) are an integral part of the growing informal labour market in India, which has been pegged at 93.2%, according to the NSSO 2011-12 data. This informality ranges from 85% in urban areas and 97% in rural areas. The gender analysis of informality reveals that 97% of all female employment is in the informal sector.

Also read: Skill India Now Has a Single Regulator. Will It Succeed Where Other Bodies Have Failed?

Home-based workers, as the name suggests, work from their homes, producing goods and services for the market. They could be self-employed, own-account workers or piece-rate, sub-contracted workers in global or domestic supply chains. They remain marginalised, invisible and unrecognised as workers and contributors to their families and the economy, both in the eyes of governments as well as to their families and communities. They suffer multiple disadvantages ranging from exploitatively low incomes, fluctuating work opportunities, skill deficits, poor market access, gaps in occupational safety and health and lack of social security.

The nuances of informal work

By clubbing the formal and the informal sector, the Code has missed the nuances required in the treatment of informal workers, including home-based workers. These workers cannot be put into one or other box of being self-employed (non employees) or sub-contracted (employees), because they move seamlessly from being self employed to being sub contracted and even often move into domestic work or street vending, depending on where the work is. This has implications on the contribution by these workers towards their social security benefits. These realities will have to be taken into account.

While the Social Security Code requires all workers to get registered, it puts the onus of registration on the employer, who may not always be willing or interested to do so. There is also no provision for penalty on the employer for failure to register. This will be doing an injustice to the home-based worker, especially women home-based workers, who often work in hostile patriarchal environments.  This problem is further compounded because, in the case of home-based workers, it is often difficult to identify the employer, as multiple contractors are usually involved. Identifying the employer is important also because the employer has to make a contribution towards the social security benefits. 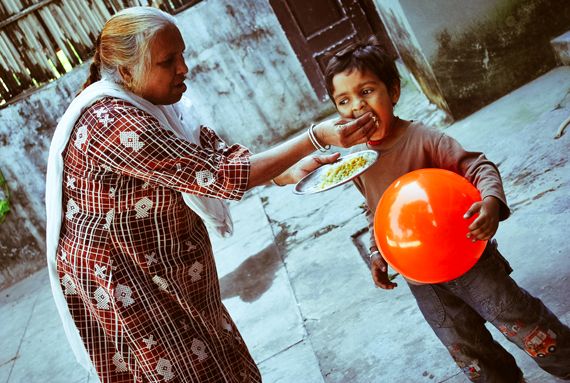 Representational image of a domestic worker feeding her employers’ child. Credit: ILO in Asia and the Pacific/Flickr, CC BY-NC-ND 2.0

While the workers contribution to social security is specified (ranging from nil to 20%) in the Code, the contribution by the employer is left to be notified later, even while specifying that this will not exceed 17.5 %. Similarly, while the draft code states that the government will contribute as well; it does not specify the amount or percentage of wage that it will contribute. This clearly smacks of bias, favouring employers and against the workers.

When it comes to women, the Code only provides for full maternity benefits to women workers for the first two children and discriminates against the third and later children and mothers. Further, child rearing and caring has once again been stereotyped as a woman’s role. Instead, the government needs to strive to make the Code gender neutral and provide for paternal benefits as well.

The privatisation of social security

Another cause for concern is the complex and overlapping administrative machinery that the Code envisages as well as the outsourcing of the delivery of social security benefits, to private entities instead of the government managing them. Workers and trade unions have rightly raised questions of the desirability and workability of this, especially with regard to reaching the last informal sector woman home-based worker. Further, the disbanding of the better-run, existing social security schemes like the Employees Provident Fund and the Employees State Insurance is not viewed favourably by workers.

The Code envisages that all existing social security schemes will be disbanded and a whole new set of schemes will be put in place. This begs the question of when and how? Will the transition be immediate? What will happen between the closure of the old schemes and till the new ones come into operation? Knowing how bureaucracies function this could well be a long gap. By centralising the formulation of new schemes, the Code will become very top down, non-participatory and will adversely affect decentralisation.

HomeNet South Asia Trust along with the five other trade unions and members of the National Alliance of Social Security (NASS) have been holding consultations with workers, feeling their pulse and advocating with the government about the need to address the ambiguities, injustices and shortcomings in the draft Labour Code on Social Security and Welfare. We are optimistic that our collective voices will be heard before the Code is finalised and put to vote in the Parliament. The Alliance will continue to seek every opportunity to influence the outcomes,especially,when the rules and regulations under the Code are formulated. The struggle will continue till every single home-based worker is assured of and receives their right to social security.