Social Protection in the Age of Uber

Given Indian social realities, digital platforms such as Uber should be made to provide at least a basic level of social protection for workers using them. 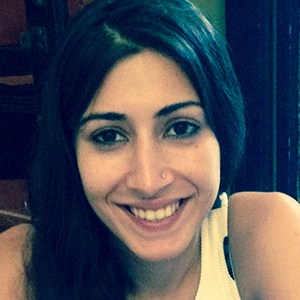 India is projected to dominate the digital platform economy by 2020. Conversations about the future of the platform economy in India are mostly framed through the prism of job creation, increased productivity and efficiency gains in an emerging economy. Enquiries into the quality and sustainability of jobs created and the broader societal effects of the platform economy are relegated to second-order concerns. But these two conversations need to be initiated in parallel. A conversation focused singularly on the numerical increase in jobs or net wealth creation will end up bypassing an important opportunity to steer the regulatory architecture of the digital economy towards inclusivity and social justice. Moreover, these conversations need to be localised to the Indian context and not readily borrow the terms of debate from the industrialised economies of North America and Western Europe, as is the tendency.

Uber is a good case in point. Two Uber drivers in the UK recently took the company to court, claiming that they should be entitled to minimum wage and paid holiday leave, just as they would from a traditional employer. Uber challenged this claim, arguing that it was a technology company that operates a platform for drivers to use; drivers are self-employed contractors, not Uber employees. The UK employment court was unconvinced by Uber’s argument: “The notion that Uber in London is a mosaic of 30,000 small businesses linked by a common platform is to our minds faintly ridiculous…Drivers do not and cannot negotiate with passengers…They are offered and accept trips on Uber’s terms.” The court thus ruled that drivers are in fact Uber employees and Uber should shoulder responsibilities of a formal employer.

This could be a landmark judgment for the future of the platform economy. The crux of the debate on the platform economy is whether workers should be considered self-employed contractors or platform employees. The trend so far has been to categorise them as independent contractors, availing the benefits of the platform economy in terms of greater ownership and flexibility over their work. The trouble, however, is that workers can no longer avail of the social protection benefits that accompany formal employment, such as minimum pay or medical insurance. Moreover, risk is transferred to individual workers who invest both their capital and labour to engage through the platform, making them particularly vulnerable to external shocks such as regulatory changes or market fluctuations. Much of the conversation in North America and Western Europe is now increasingly about alternative mechanisms through which to deliver social protection. A basic income is one of the most talked about alternatives.

A global debate in the Indian context

What does this judgment mean in the Indian context, for the regulation of Uber and the platform economy more generally?

On one hand, the global conversation around Uber and the platform economy applies to the Indian context. Most of the Uber and Ola drivers interviewed for this piece said they work much longer hours now compared with their previous jobs and are penalised for refusing rides. The amount they earn per day is also dwindling as current taxi supply is outstripping demand. Earnings are dependent on rules decided by Uber and Ola, and the commission charged by the taxi platforms to drivers is increasing. Recently, Uber hiked commissions from 25% to 30% for some drivers. Lured by the initial monetary promise of Uber and Ola, drivers invested in a car but are now struggling to pay the requisite monthly installments; the pressure to meet monthly installment targets means that they are unable to switch to another more lucrative lines of work. Neither do drivers have access to grievance mechanisms; most of the drivers we spoke to said that Uber and Ola almost always privileges the customer in any dispute. While Uber and Ola have undoubtedly created new employment opportunities for some and alternative ones for others, it has not necessarily resulted in higher or more secure wages, nor protection against external markets fluctuations.

On the other hand, however, the global debate on the loss of social protection benefits in a platform economy does not apply to the Indian context. Eighty percent of the Indian workforce is already engaged in informal employment, as daily contractors with multiple jobs, with no standing in labour laws; they are reliant on their personal savings for healthcare, education and retirement, not benefits provided by employers. This means that in India the platform economy is reproducing informality. This a fundamentally different situation from that being discussed in Western capitals, where the platform economy represents a progressive shift from formal employment to self-entrepreneurial opportunities.

The vocabulary and discourse of the digital platform economy must therefore be adapted to the Indian context. While the digital economy is global, its effects and challenges will be experienced through its intermingling with local social realities. And in this adaptation, we must look for opportunities that enhance the protection of workers; the health of the economy will eventually depend on the health of its workers, not only the market value of technology platforms. The conversation about basic income is not applicable to India, where much of the population still does not have access to basic amenities and the overall tax base for the government to hand out social benefits is minimal. Private sector solutions alone will also be inadequate unless accompanied by structural government-backed interventions.

Alternatively, by insisting that platforms like Uber and Ola provide at least some of the social protections that accompany formal employment, the growth of the digital platform economy in India is an opportunity to facilitate a shift from the informal to the formal sector. It is much too costly to let Uber reproduce informality in a country with immense development challenges and where social security nets are urgently required. If not through the direct provision of social protection schemes, regulation could take the form of compelling platforms like Uber – which is valued at $69 billion – to conform to the same corporate social responsibilities as brick and mortar companies. A number of drivers we spoke to have already evolved their own systems to approximate this formality: rather than buying cars themselves, they are choosing to work for employers who have bought cars.

Doing so will undoubtedly come at a cost to Uber and its customers, as well as reduce the incentives for new technology platform entrants. But technology platforms will not deliver development on their own; innovation and technological progress needs to be steered through regulation in a manner that not only creates wealth but also distributes gain. This might seem contrary to the logic of competition, innovation and capitalism, but at a time when Indian policy makers are increasingly hedging India’s developmental bets on digital platforms and start-ups, the state has a responsibility to steer these digital transformations in a manner that is conducive to inclusive growth.

Urvashi Aneja is associate professor at the Jindal School of International Affairs and a research fellow at the Observer Research Foundation. She tweets @urvashi_aneja