SAIL Plants Show How Workers, Wages Are Being Sacrificed During Economic Recovery

Hundreds of contract workers of India’s largest steel producer and most profitable state-run company have lost jobs, and many more suffered wage loss. 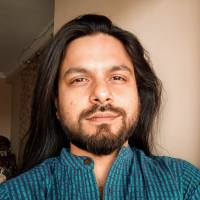 Asansol: India’s economy has hobbled out of a recession by growing at 0.4% after hitting the nadir. But the turnaround is being fuelled by slashing jobs and wages, show visits to the hotbeds of the steel industry, a heavyweight among the eight fundamental industrial sectors.

The Steel Authority of Indian Limited or SAIL has five integrated plants and three special steel plants in eastern and central India, and mapping their health provides a broader understanding of the economic undercurrents. West Bengal’s Durgapur Steel Plant (DSP) and IISCO Steel Plant (ISP) in Asansol together truck out around 30% of total steel made in SAIL’s factories.

During the lockdown, core sector industries churning out essential products such as coal and steel were allowed to run, but production in the two factories halved. They showed uptick through phases of unlock to reach 90% or more in August.

Field visits to Asansol and Durgapur in West Bengal and a review of internal documents showed hundreds of contract workers of India’s largest steel producer and most profitable state-run company had lost jobs, and many more suffered wage loss.

The quarterly financial figures of SAIL validate the findings that its revenues and profitability soared after the lockdown not only due to higher prices of steel but also lower wages and salary bill.

This resonates with a CMIE survey indicating that 18.9 million people lost their jobs during the lockdown, with the pain palpable in public sector manufacturing that has laws protecting workers’ interests. Since the steel industry employs 25 lakh people directly and indirectly, and contributes slightly over 2% to national income, job and wage loss in the sector also indicate the distress was malignant.

Also read: Resurgence of COVID-19 in India: A Tale of Six Unlearnt Lessons

In the early weeks of the lockdown, SAIL began counting calories to trim down expenditure. The managements of the two factories set up a committee, which renegotiated, put off or nixed high-value contracts related to production. Beginning Unlock 1.0 in June, the committee cleared fresh contracts for raw materials and services after paring down to the bone the previous year’s rates.

These measures had a knock-on effect as hundreds of contract workers lost their jobs, and hundreds of others were forced to take wage cuts.

Legal experts said it was difficult to hold either the factory management or SAIL responsible for the job and wage cuts owing to the circuitous route taken by them.

Interview calls and emails with questions sent to the public relations department of the factories were not answered.

The lockdown, which disrupted supply chains and paused construction, killed the country’s appetite for steel. The sudden slump in demand strained SAIL.

SAIL’s director (finance) Amit Sen, in a letter to the chairman, directors and heads of all plants and units of the company on April 20, 2020, outlined “urgent measures to conserve cash”.

“The slowdown in offtake of our products since the beginning of March 2020 has placed a great strain on our finances. Cash collections have fallen to record lows, without let up in expenditures. The result is that the borrowings have crossed Rs 52,000 crores (as on date) and is likely to go up further. This is an unsustainable situation. Among the many threats that it poses, stoppage of operations, ratings downgrade and debt-trap are the most imminent,” wrote Sen.

He also requested plants to sell scrap in the inventory to raise money. To prevent stock pile-up, he wanted plants to go slow and produce what the “market is willing to absorb”.

A review of production figures of the two plants showed substantial dip between April and June. Production at Durgapur Steel Plant in April, May and June 2020 were at 66%, 104%, and 71% of annual targets respectively, whereas production in IISCO Steel Plant hovered between 60-80% for these months.

Production revived to pre-lockdown levels between July and August even though the government announced further restrictions.

Two senior Durgapur plant executives present in review committee meetings said the decision to slash procurement of raw materials to 50% of the normal was taken in the initial meetings of the committee.

“Many non-essential contracts such as provision of services in the Durgapur plant township were dropped, whereas contracts for perennial jobs in the factory such as maintenance and housekeeping that lapsed during the lockdown were renewed only after mid-June, once the review committee gave the green signal,” said an executive requesting anonymity.

Minutes of ten review committee meetings between April 23 and June 23, 2020 show that while some orders were dropped, in most cases, they were either deferred, cleared for 40-50% of annual production plan targets, or marked for price renegotiation. And the company saved cash worth several hundred lakhs, showed the minutes. But the flip side was these measures forced factory contractors to cut jobs and wages, even of those who had been working on the same job, in some cases for more than two decades, under different contractors.

In contracts signed after the lockdown, job values were cut by 40-60% and contract durations were trimmed compared with the similar ones signed a year ago.

Also read: It Can’t Be Business As Usual for the State, ‘Employers’ in the Case of Gig Workers

For instance, the 350-day contract for drain maintenance and tar-felting, a process to waterproof roofs, given to the Unique Engineering Works on April 23, 2019 for Rs 63.16 lakh ended on April 7. Two months later, a new 300-day contract for the same job was given to Sunny Enterprise at Rs 37.86 lakh. A contract worker who has been on the job for 23 years said the new contractor was employing 13 instead of 15 workers, and paying a lesser wage.

Similarly, a new contractor took up plant housekeeping after the fee was revised from Rs 1.53 crore in June 2019 to Rs 82 lakh.

“The contractor engaged 96 workers for the housekeeping job last year (2019), and this year, the number of workers is down to around 50. Others have been redeployed, and many are going without pay since they have no work,” said a contract worker requesting anonymity.

Workers and executives narrated similar examples of cuts in the number of contract workers and/or their pay, and representatives of trade unions in the factories said plant managements were forcing them to sign off on reduced manpower and wages.

“Following the award of fresh tenders at reduced rates post lockdown, contract workers on perennial jobs are being paid for 16-18 days instead of the mandatory 26 days in a month. Contractors are also reducing the number of workers they employ, leading to substantial job cuts. Yet, the factory management is pressuring us to accept these layoffs and not hold protests,” said Subhankar Dasgupta, a member of the UCWU (United Contract Workers Union) who attended meetings of the factory management with representatives of all five central trade unions in IISCO Steel Plant.

“Most contractors like us who do business with DSP and ISP are basically labour suppliers. But our contracts don’t mention labour supply at all. Instead, they are disguised as contracts for supply of materials and services. A cut or postponement in the procurement of materials and services translates into a cut in allocations for paying salaries to contract workers,” said Santanu Chatterjee from Vector Enterprises, which has a contract with the IISCO plant for installation and deployment of machinery.

Chatterjee said most contractors cut down either the number of workers or daily wages in response to fresh contracts.

“We have a 7-8% profit margin in labour supply contracts with ISP. Although we’ve not laid off any contract workers, we’ve been forced to pay them less wages. Otherwise, we’ll have to fold up our business,” said Chatterjee. A motorcyclist rides past an advertisement of Steel Authority of India Ltd. (SAIL) at a street in New Delhi, India, August 5, 2016. Photo: Reuters/Adnan Abidi/Files

Senior executives in the two factories, including three general managers, said that due to the disguised nature of contracts it’s impossible to make a quarter-on-quarter or pre- and post-lockdown comparison of the number of contract workers.

“Numerous short- and long-term contracts are operative in the factory at any point in time, so the number of workers keeps changing frequently. In addition, the delay in award of fresh tenders this year (2020) has pushed up deployment of workers, so it may appear that the plant is employing more workers than before the lockdown. But these figures are not comparable,” said a senior executive from the Asansol factory in October last year, requesting anonymity.

As production picked up in the two plants as lockdown was eased, it became clear that some shop floors were shut permanently taking advantage of the lockdown.

For instance, work on Durgapur plant’s slag bank – that processed waste generated during steel production and employed 148 contract workers – was suspended on March 24, when the previous contract expired. “The management is telling us that the slag bank is shut for good, and none of the workers employed in the slag bank for more than 30 years have been paid any wages since March,” said Nisar Ahmed, a slag bank supervisor who had been working there since 1987.

Ahmed said most of them hadn’t found another job and the pressure on them was immense. “Two of the 148 former slag bank workers died of heart attacks within five months of the suspension of work,” he said.

“Work in the slag bank has remained suspended since March 2020, and most of us have not received any wages or been reinstated in other departments despite pleas to the management,” said Abdul Tais, who worked in the slag bank for over 35 years.

Tais and most other slag bank workers are covered under a tripartite agreement between the plant management, workers and unions that entitles them to benefits and facilities on a par with permanent workers.

“Many of these workers are entitled to gratuity and other benefits on a par with permanent employees, thanks to an agreement with the management. But even these safeguards have failed to protect their interests,” said Lalit Mishra, a permanent employee of Durgapur plant and secretary of the Steel Workers Federation of India.

Two trade union representatives shared data that showed the IISCO Steel Plant slashed expenses on contract workers by more than 30% during and after the lockdown.

“The factory management presented the data during its meeting with representatives of trade unions in late August,” said Subhasis Basu, the general secretary of the Asansol Burnpur Kulti Metal and Engineering Workers Union.

The union is affiliated with the CPI(M)-backed Centre of Indian Trade Unions. Though the figures could not be verified independently, they were corroborated by a senior executive from Asansol plant who wished to remain anonymous.

“The government merely issued guidelines saying all workers should be paid full wages even if they did/could not report to work, which have no legal sanctity. The job and wage cuts were also realised, it appears, in a roundabout way, making it difficult for the factory management or SAIL to be held accountable,” said Sanjay Singhvi, an advocate who specialises in labour law and is member of the Trade Union Centre of India.

Months rolled by, the economy is booting up and steel production and sales are on the upswing, but the factories are holding on to their frugal ways.

Workers and union representatives of the two factories told this correspondent in January the revised contracts and purchase orders that led to a 30% squeeze on contract workers’ payments are still in force.

A sit-in at the factory gate demanding full payment of wages and reinstatement of contract workers has crossed 150 days.

“We sent numerous letters to the plant management and the senior management of SAIL, and reached out to them through several channels. But they have not paid any heed to our pleas or invited us for a dialogue,” said Ahmed who is leading the protest.

Aritra Bhattacharya is a member of The Reporters Collective. The reporting for this story was partially supported by the collective.