While government-employed sanitation workers are marching for their rights, their counterparts in the unorganised sector are underpaid and overworked. Lucknow/Agra: For several months now, the Uttar Pradesh Panchayati Raj Gramin Safai Karamchari Sangh (UP Panchayati Raj Rural Sanitation Workers’ Union) has been protesting, waiting for their demands to be met by the UP government. On October 22, 2018, its 310-km march reached the state’s capital Lucknow; it had begun from Prime Minister Narendra Modi’s constituency, Varanasi, on October 6.

The union has a 15-point demand agenda. This includes ending the payroll system in favour of a grade pay system, changing the name of their posts to panchayat sevaks, and making provisions for promotions. Kranti Singh, the state president of the union, said four of the 15 demands have been met, but the most pressing ones remain unfulfilled – restoring the old pension scheme and paying the amount deducted under the contributory pension scheme to the dependents of deceased workers.

Demonstrations and movements by sanitation workers are not new. Those related to pension have been persistent for many years. Singh points out that while legislators and politicians from different parties support their demands when in the opposition, they do not act after coming to power. This happened with the past three governments, led by the BSP, the SP and now the BJP, he says.

The union, which has about 70,000 members, represents the interests of around 1 lakh rural sanitation workers officially appointed under the UP Panchayati Raj (PR) department. These workers are responsible for cleaning public spaces in rural areas, including roads, pavements, drains and public buildings such as Panchayat Bhawans and public hospitals as well as collecting solid waste from households in villages.

But not all households are covered by the PR sanitation workers, even though they lie in rural areas. During the past two decades, new colonies developed by private builders have mushroomed in rural areas of Uttar Pradesh districts, just outside the city limits. The sanitation needs of these gated colonies are met by individual sanitation workers who have been hired by the residents’ welfare associations to clean the streets and drains and collect garbage.

In Rajrai village in the south-eastern part of Agra district, a few families are primarily engaged in cleaning jobs in the recently built colonies. About a decade-and-a-half ago, this village was surrounded by vast tracts of farms. Residents were employed in the farms as agricultural labourers and herdsmen for cattle, earning a daily wage.

As new colonies began to develop, the farms gradually disappeared. Several families formerly working on the farms took up cleaning jobs in the few homes in these gated colonies. The colonies are approved by the Agra Development Authority, but are located in rural Agra. With time, as more families settled here, these sanitation workers began working for entire colonies. The workers mostly belong to the Valmiki caste.

A quick survey of these workers highlights some crucial issues they face on the job.

A majority of the workers, including women, have to travel two or more kilometres in either sweltering heat or chilling cold. They must either travel by foot or shell out their own money for transportation.

Currently, the job pays anywhere between Rs 50 and 100 per home. Most workers have taken up multiple jobs in other places such as hotels and schools besides these colonies. The workers are expected to look after their families and educate their children with this meagre income.

Also Read: Is the Government Underreporting the Number of Manual Scavengers on Purpose?

Moreover, unlike PR workers, they get no sanctioned official holidays on festivals or otherwise. Absence from work results in a pay cut, even if it is for personal or health reasons.

Forty-year-old Munshilal worked as a sanitation worker in a colony located within the city limits. Around 2005, he was absent from work for a few days on account of his daughter’s wedding. He found out that he had been sacked.

Unable to find employment, Munshilal fell on hard times. Only much later could he start working in a newly constructed colony close to his village. Here, him and his family clean and collect waste from about 50 houses. In his previous job, he tended to around 300 homes. His overall monthly income has reduced drastically. 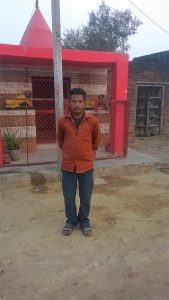 Losing the job is an ever-looming threat. Hari Om, 32, says the job security in the private sector entirely depends on the whims of the employers. This adversely impacts the employees’ power to negotiate pay hikes.

In fact, a complaint across the board was the lack of timely increment in the salaries. Hari Om faced this problem even in his previous job at a five-star hotel in Agra, where he had worked for sixteen years. When he left his job two years ago, he was being paid Rs 7,200 per month for a nine or ten-hour shift. When the hotel administration did not heed his demands, he quit and took up cleaning jobs in three other places. Now, working nine-ten hours earns him Rs 18,500 per month.

The youth of UP are well aware of the perks of a government job. In 2016, about 18 lakh graduates applied for 40,000 sanitation jobs in the various municipal bodies across the state. A few educated youth from the Valmiki community also applied, but could not beat such tough odds.

Hari Om says that in the past, when the cleaning was manual, people from reserved categories were exclusively hired. But since it has been mechanised, the vacancies are being filled by those from the general category. He insists that these vacancies should first be filled by people from the reserved quotas.

Most workers live in small, one-room, kuchha houses where basic facilities such as toilets and sewage are absent. The absence of toilets becomes especially troublesome for older women, who are forced to defecate in the open, which is potentially hazardous for their health.

They allege discriminatory treatment from the PR sanitation workers, who do not collect garbage from their homes. The workers have to empty it in a vacant field nearby. Dharmendra, 31, who also works as a sanitation worker in a small apartment complex, says they are not informed about the vacancies in government cleaning jobs by the panchayat as they are Valmikis. 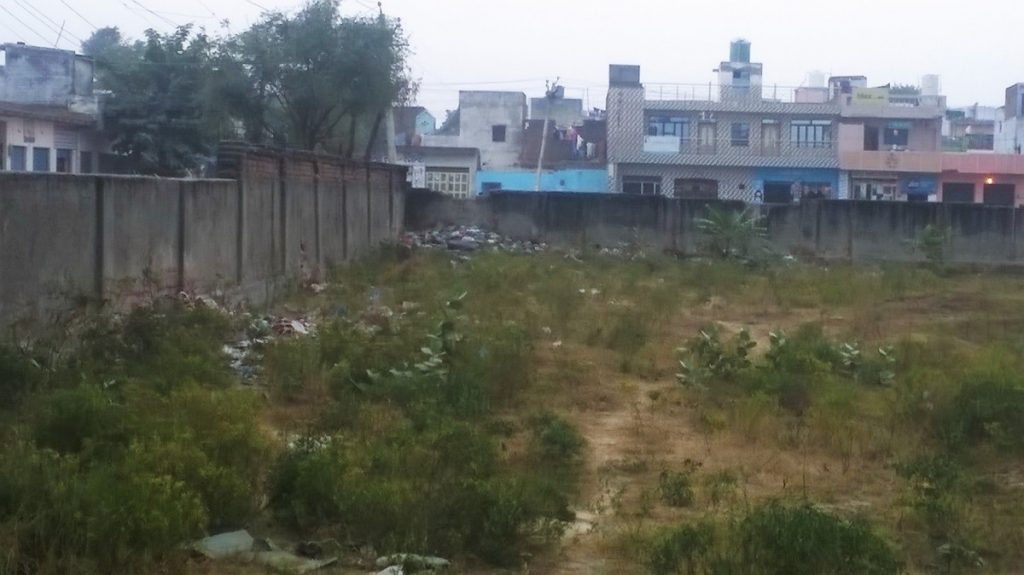 The private residential colonies in the rural areas, just outside the city limits, thus present a unique problem. Having come up relatively recently in rural areas, their sanitation is not covered by the PR workforce. They have instead completely fallen upon privately hired sanitation workers.

Because the private sanitation workers are unorganised, they are not eligible for the same terms of employments and benefits as those in the organised sector. While there are not many jobs available, there are plenty of job seekers. This gives the resident welfare associations an upper hand to negotiate pay and amount of work.

The private sanitation workers also cannot take collective action to demand better wages and terms. When asked if there is a collective or an organisation to represent their interests, most of the privately hired workers said no.

Hari Om says that Gaurav Valmiki, who is the head of the UP Safai Mazdoor Sangh (the state union for Nagar Nigam sanitation workers), has attempted to rally them together. However, many have not responded to this call as they are unaware of their rights. Besides, their hectic workday does not allow them to spare time to attend meetings for building a potential collective.

All images by Sumit Chaturvedi.