The government recognises miners as being occupationally vulnerable to TB. For thousands, however, an epidemic of silicosis is making that diagnosis even more difficult. 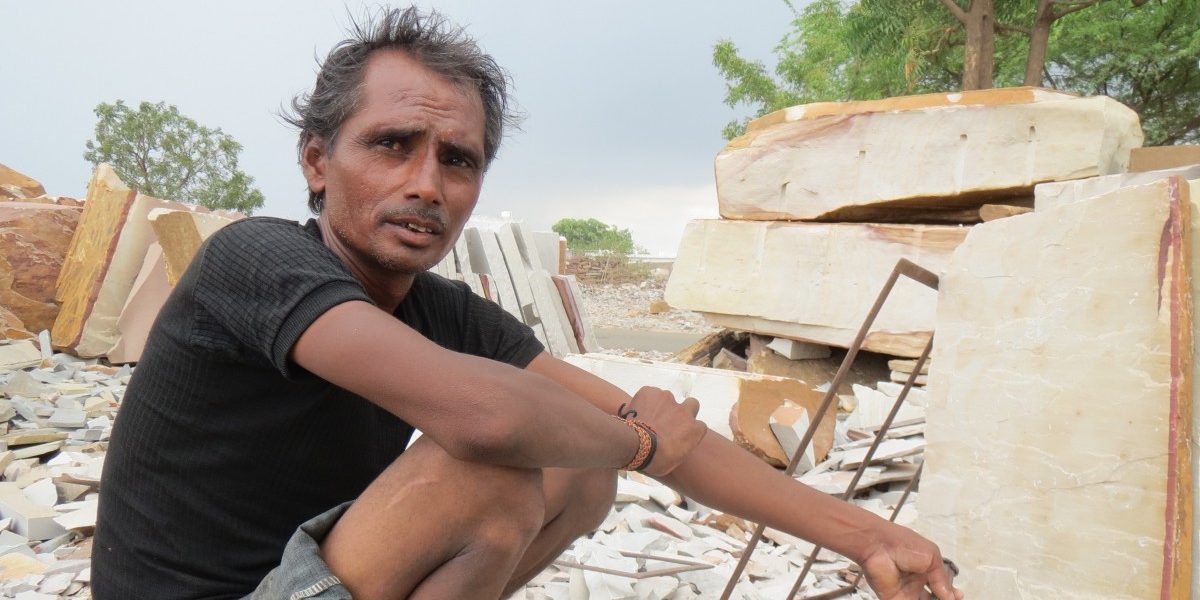 Chotu Lal Bhil, an Adivasi miner from Rajsamand, is worried that he has finished his TB course but doesn't feel better. 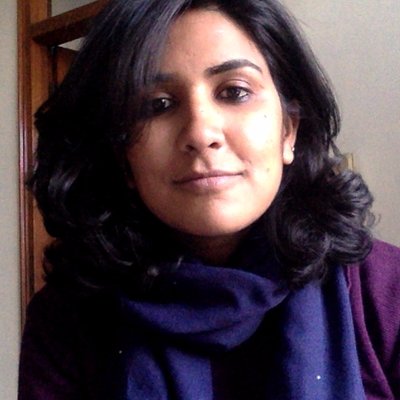 Bhilwara (Rajasthan): Inside a quarry in Bijolia, a mining town in Rajasthan’s Bhilwara district, Chotu Lal Bhil sat on his haunches, trying to break a sandstone slab with a hammer. He placed a taanki – a large chisel – on lines drawn in chalk along the stone’s edges, and struck carefully with the hammer till the edges chipped away, leaving smooth square tiles.

Bhil’s brow was drenched in sweat, and his body was emaciated. He wore a frayed t-shirt and had folded his trousers above the knees. He is a tribal farmer from Rajsamand district, 180 km from Bijolia. Because of low farming yields, he has worked at quarries in Bhilwara for 16 years.

Bhil contracted tuberculosis last year, and took medicine for it, but he was still losing weight. That day, he was working despite a low-grade fever and cough. “Khakhaar bukhar – cough and fever – the symptoms have returned,” he said. “I take a pill every night, but I am worried the disease is spreading.”

“Do you think it is possible that I have TB again? Or is it that the TB has become silicosis?” 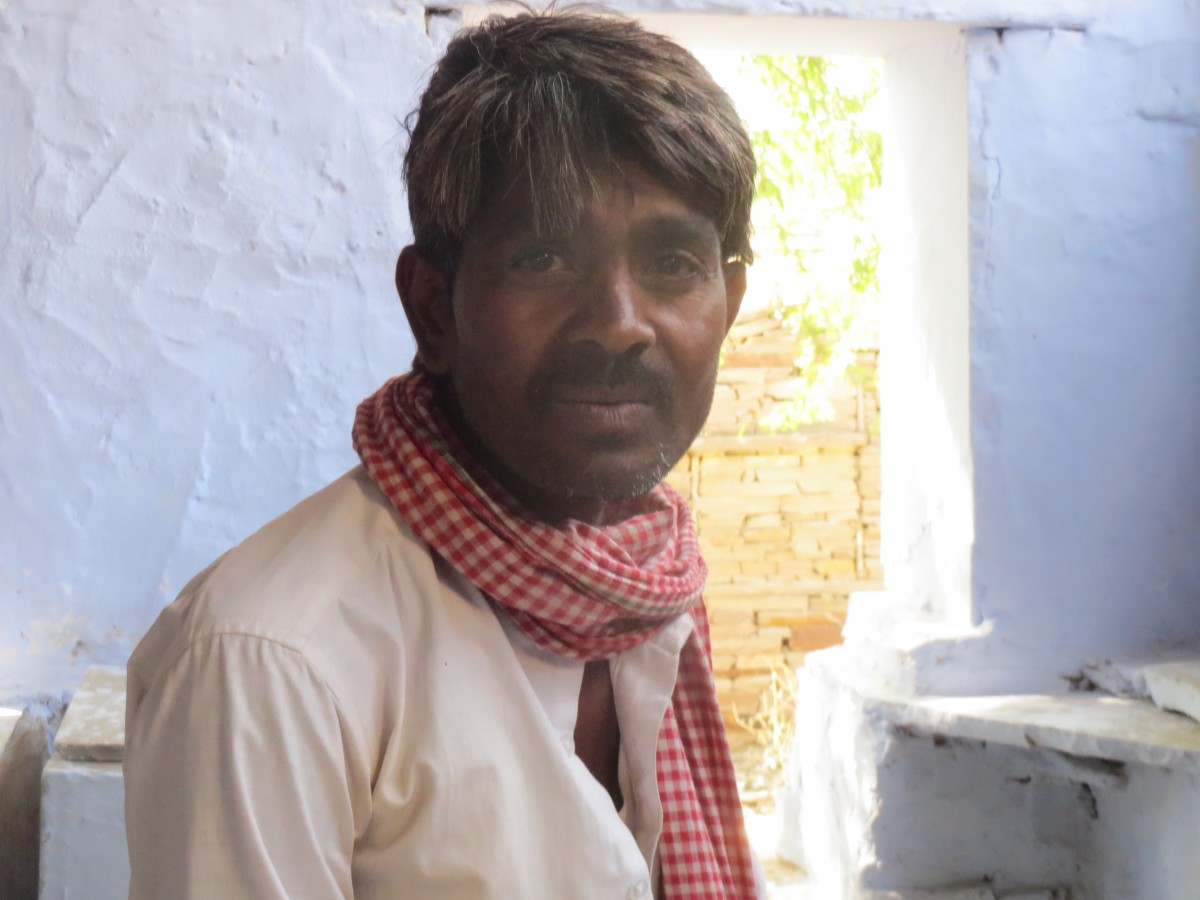 Mukesh Jatav, a Dalit miner who has been migrating annually to Bijolia since he was 15, said the previous year he had seen three colleagues die after coughing blood for weeks.

India has an enormous tuberculosis problem. According to the World Health Organisation, 2.79 million Indians contracted TB in 2017, nearly a quarter of all the cases in the world. Only 1.8 million cases were notified. Nearly a million cases are not notified, and inadequately diagnosed and treated.

Rajasthan has the highest number of the poorest mine workers – more than 1.65 families who work in its stone quarries and mines for casual wages. They are in the grip of a silicosis epidemic.

In an effort to reduce the transmission of TB, last year, the Ministry of Health identified priority groups, such as miners, who are at greater risk because of work conditions and reduced access to medical services.

Workers in mines and stone-crushing units inhale hazardous levels of silica, which corrodes lung tissue and reduces their immunity to bacterial infections like TB. Those infections can then spread to co-workers and family. Yet their employers deny any responsibility, and refuse to adopt even the simplest preventive measures. 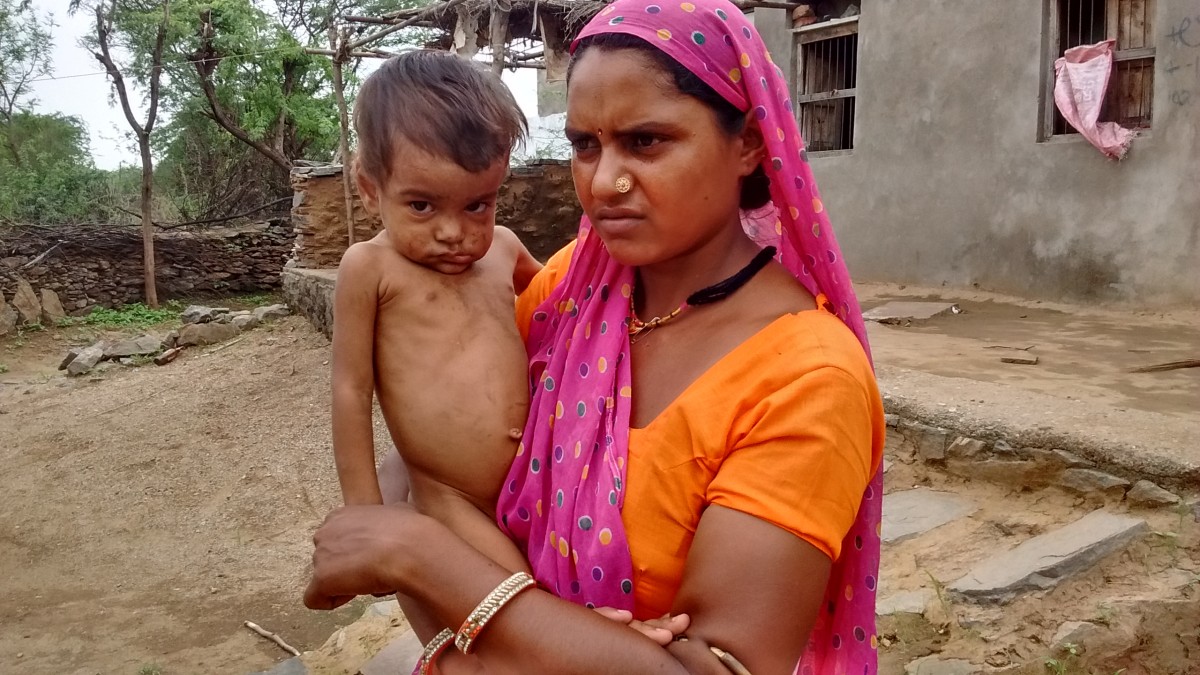 Rekha Shankar, a farmer in Ajmer whose husband Govind Shankar has had TB twice while working in the Bijolia mines in Bhilwara.

The weight of sand

Sandstone from Rajasthan is in great demand internationally, for cobbles and tiles. Bijolia, in Bhilwara, is one of the top sites of production.

Despite the international markets, the work here is done with primitive technology. Stone is carved and processed manually, with hammers and chisels, and there is little safety oversight.

Marginal farmers and workers migrate to Bhilwara after Diwali every year to seek temporary work in the mines. At the public squares near the quarries at Berisal, Nayanagar, Sukhpura, the workers chatted during tea breaks, and many described how they were losing weight, growing weaker and having trouble breathing.

Mine workers have trouble even finding out if they have tuberculosis or silicosis – which they call “pathar ki bimaari”.

Nand Lal Bhil had started working in the quarries as a child and had worked as a sandstone miner for 40 years. “Five years back, I was diagnosed with TB, and I completed the treatment,” he said. “But two years back the doctor told me, ‘Stop the TB treatment, you now have “silicosis”, there is no cure for it.’” 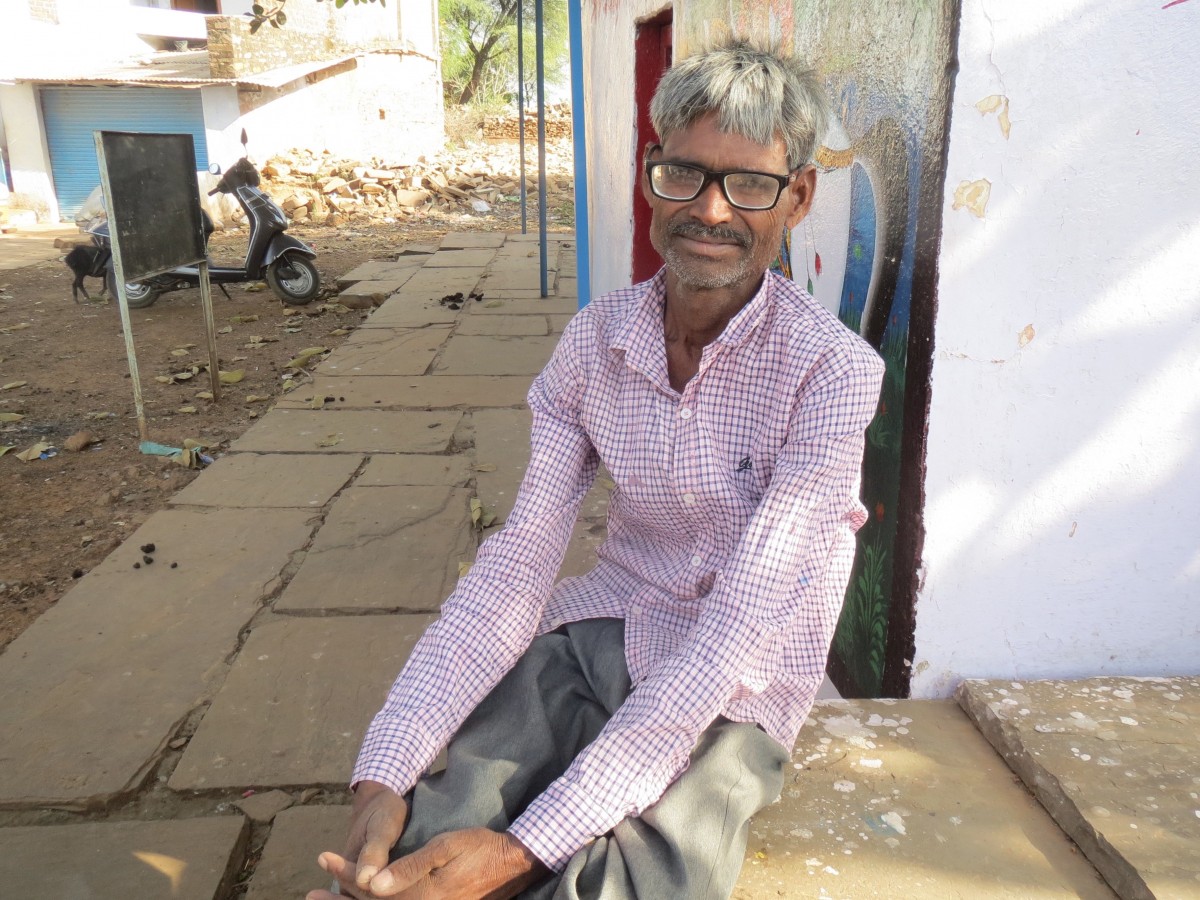 Nand Kumar Bhil, who has worked as a daily-wage labourer in Bijolia for 40 years, took drugs for two years but was later diagnosed with silicosis.

Om Prakash Regar, a Dalit miner, wondered whether silicosis was a kind of tuberculosis.

Women miners are relegated to the lowest paying jobs: sorting debris, carrying head-loads and working as transport labour on a piece-rate basis. Seeta Regar, whose husband had died seven months earlier of TB, said that the majority of women started work in the quarries after their husbands were injured or died of respiratory diseases.

Another cause of alarm is drug resistance.

In the villages in Ajmer district, 150 km away, in Masuda’s Tejaji Ka Baria village, Govind Hajari Rawat, a 35-year-old miner, said he had got TB five years back while working in Bijolia’s quarries and since spent a lakh on diagnosis and treatment.

He had started vomiting blood while working in the quarry and sought treatment at private clinics in both Rajasthan and Gujarat, but got no relief.

Also read: Healthcare Is an Essential Human Right – and so Is a Proper Diagnosis

At a government TB hospital in Ajmer, Rawat was diagnosed with both silicosis as well as extensively drug resistant (XDR) TB which means in the intervening years, the TB bacteria had developed resistance to the drugs because of incorrect or incomplete treatment. Unlike TB which can be cured in six months, XDR-TB requires a two-year treatment and has less than half the survival rate.

Rawat’s 27-year-old neighbour, who had worked in Bijolia for 15 years, was also undergoing treatment for a relapse of TB this year. 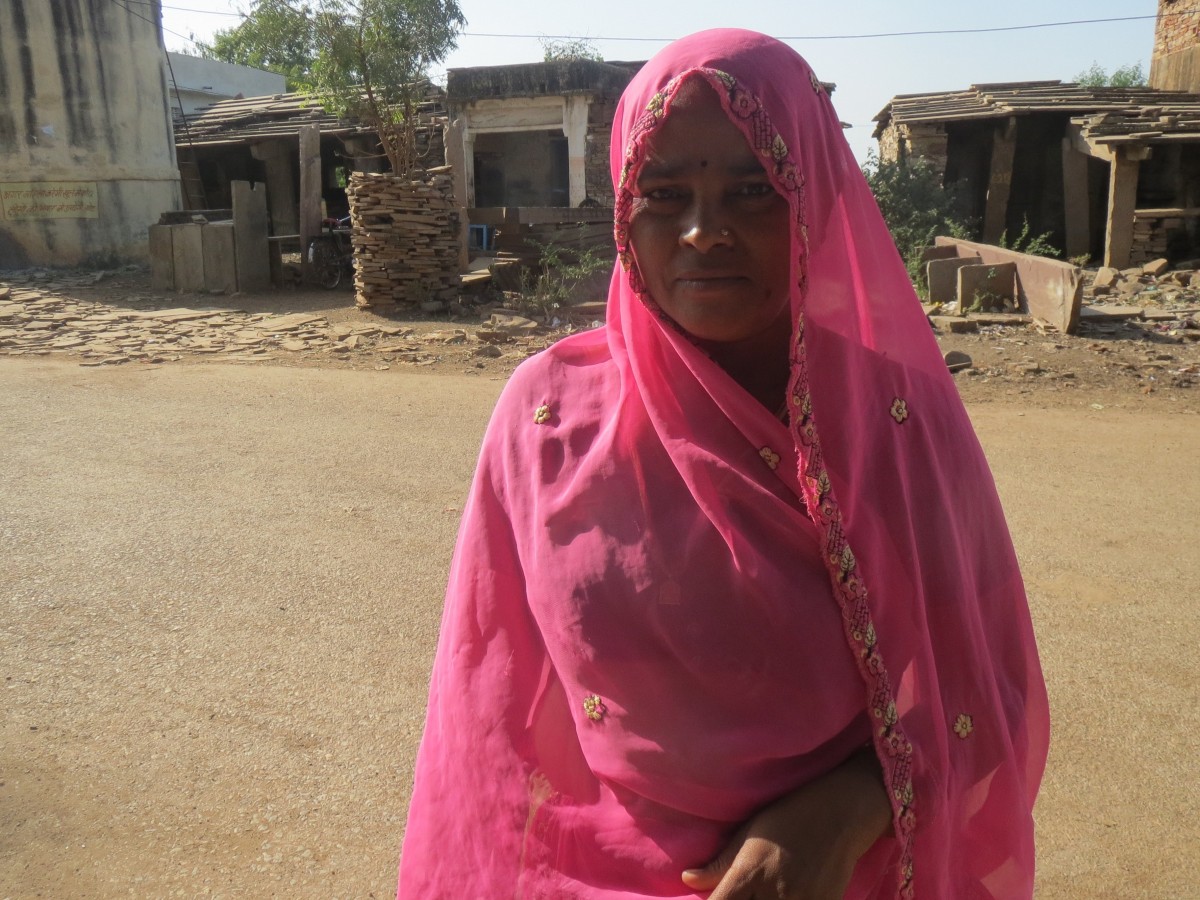 Prem Daroga started working in mines two years ago, after her husband, a miner, developed silicosis.

Parvati Bhand, an accredited social health activist, who was now administering TB drugs to the mine workers back home, said, “The youth from our village are stuck in a cycle of low wages, debt, alcoholism and TB. They fall ill in the mines, they return home for treatment, and if they survive, they keep going back to the same quarries again.”

Lokesh Gupta, Ajmer’s district TB officer, said that between January and October 2018, the government TB hospital in Ajmer detected and 2,800 patients with TB – and 103 patients with drug resistance, nearly ten patients every month.

Dr T.K. Joshi, of the Maulana Azad Medical College, explained that silicosis makes it difficult to diagnose TB. The symptoms of the two diseases – cough, chest pain and difficulty in breathing – are similar. Silicosis-scarred lung tissue is harder to examine for TB in chest X-rays. It also reduces the discharge of TB bacilli in saliva, which makes it difficult to detect TB in a sputum test, the most common test.

Silicosis is among the list of occupational diseases recognised by labour laws such as the Factories Act and the Employees Compensation Act (ECA). The law mandates that employers pay compensation to workers who suffer from it. 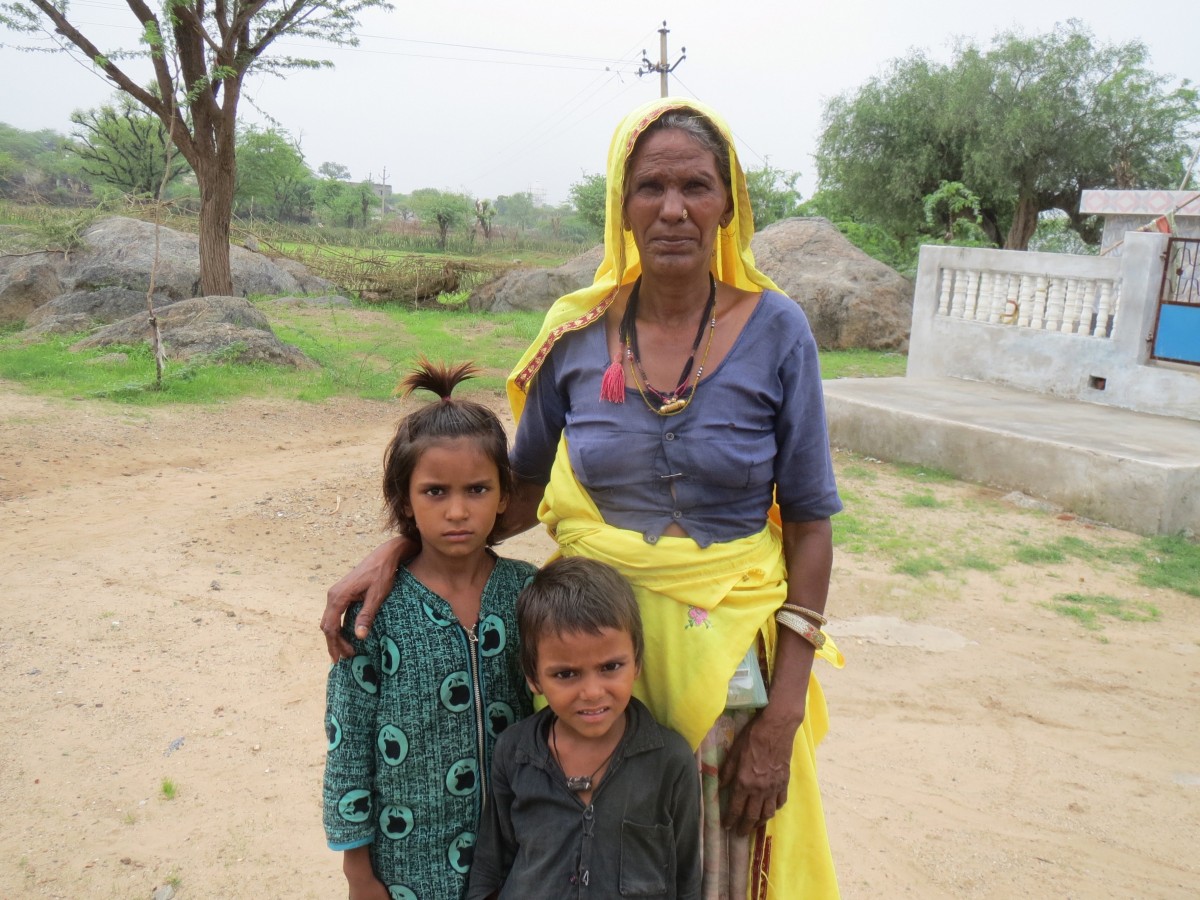 Naini Devi in Ajmer’s Masuda Tejaji Ka Bariya village, whose son Govind Rawat has developed XDR-TB and silicosis while working in Bijolia in Bhilwara for years.

Dr Shibu Balakrishnan, a WHO consultant, said that TB and silicosis in mines could easily be prevented if mine owners adopted measures such as wet drilling (which reduces the dust in the air) and giving workers protective masks. “But management and owners of mines do not take preventive measures. They do not want to screen for silicosis because the law make them liable for compensating an employee who gets silicosis.”

“By avoiding screening for silicosis, mine owners also contribute to TB among miners, which puts the workers’ families, close contacts, colleagues also at risk of TB infection,” Balakrishnan added.

Lack of accountability of employers

Wet drilling equipment costs less than Rs 15,000, a fraction of mining profits. But mine owners were reluctant to use them, as they claimed that wet drills slowed down production and increased costs.

“If a compressor machine is operated all day, it can drill up to 500 holes in the uncut stone,” said Banwari Lal Sharma, a quarry owner in Champapur, Bijolia. “If we apply the wet drilling method, then a worker will drill only 100 holes.” 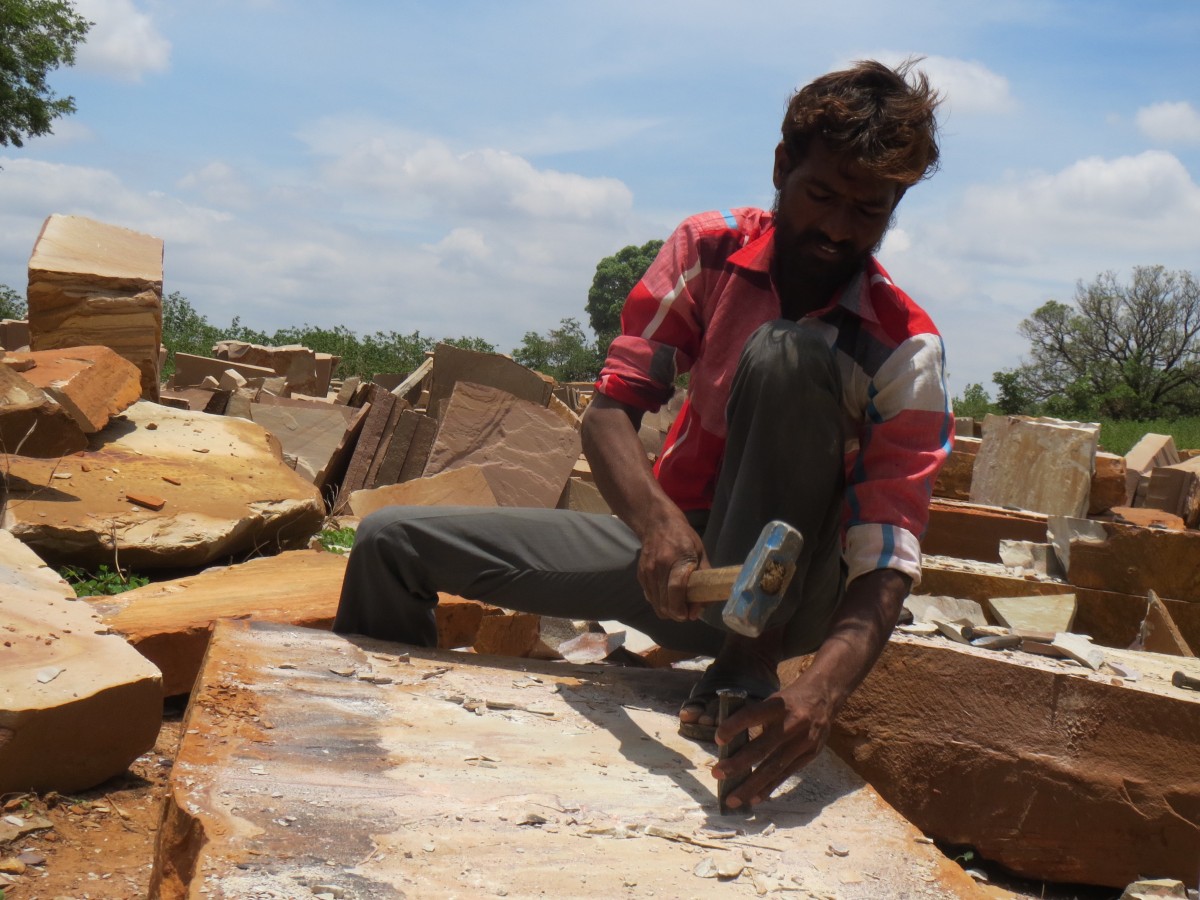 Sandstone from Bijolia is in international demand, but is quarried by dry drilling, which puts workers at serious risk of respiratory disease.

Arvind Rao, who heads the Uparmal Pathar Khaan Vyavsaayi Sangh, the mine owners’ association, denied that mining was resulting in workers falling sick. “We have open-cast quarries where sand disperses and does not collect. It is a rubbish being propagated by the NGO industry that this work is causing any illness,” he said.

Rao admitted over the years “thousands” had worked in the quarries he owns across Bijolia, because on record, his firm did not hire any of those workers. “The labour contractor is responsible for them.”

In 2012, the Rajasthan State Human Rights Commission announced a compensation scheme of a flat Rs 1 lakh to workers certified with silicosis by government hospital boards, and Rs 3 lakh to families of those who died after being diagnosed. Rajasthan certified 9,278 persons, miners and stone carvers as having silicosis between 2013 and August 2017.

Yet this amount is a fraction of the compensation offered under the ECA, said Rana Sengupta, the managing trustee of the NGO Mine Labour Protection Campaign. Meanwhile, in 12 years, not a single case has been registered in Rajasthan’s courts under the ECA. “Not a single employer had been penalised,” said Sengupta. “No one is able to establish that an employer-employee relationship on record.”

A flat compensation from the government also had no effect on the employers’ operating costs, he said, and left them free to continue risking workers’ health.

All images by Anumeha Yadav.

Anumeha Yadav is an independent journalist who has received the REACH National Media Fellowship on Tuberculosis.