"There is large section of females who by choice don't apply or don't work," Union minister for human resource development said this week. The true picture is, however, much more complicated than that.

New Delhi: Human resource development minister Prakash Javadekar is unhappy. While his government has done a lot of good work, he argues, people are bent upon fixating on the bad. Take employment, for instance – an issue the Narendra Modi government has been facing public anger about for a while now. Jobs are being created, the minister said at a workshop organised by CII on Tuesday, it’s just that unreliable data is messing with the government’s image.

(The thing about employment is, people refuse to talk about the jobs that have been created. Recently the railways inducted one lakh sweepers, but nobody will talk about that. They will focus on the fact that 1.5 crore people applied, and use that to say ‘There is so much unemployment’. …For a variety of reasons, we don’t have access to the right employment data. What the Labour Bureau has is only for the organised sector, the unorganised sector is not included in that. And with self-employment, I don’t know how that data can be collected anyway).”

So does Javadekar’s alibi about the problem of collecting data on employment in the unorganised sector hold up? Not really.

The Labour Bureau did, in fact, regularly release data on the unorganised sector until 2015. However, the Modi government then decided to stop conducting the Employment and Unemployment Survey, which measured the unemployment rate in India, and did not release the numbers for 2016-17.

Women and work in India

Javadekar also said the government had no control over another factor depressing India’s real employment numbers – women who just don’t want to work.

The Union minister would not deny these statistics, and he has a simple explanation for them. These women simply don’t want to work; they aren’t applying for jobs and so they should not be counted in the country’s reportedly burgeoning unemployment numbers.

Years of research and analysis, however, paint a far more complicated picture.

Not just any job

One part of the decline in the female LFPR, particularly in the 15-24 age group, could be ascribed to the fact that more women are enrolling in higher studies, and thus not available to work than before. But the fall in numbers is far too sharp for this to explain more than a small share.

Another explanation that is often offered is that women choose not to work once the household reaches a certain income level, because they do not have to. Again, while Javadekar would count them in the category of women who don’t “want” to work, Namita Bhandare’s series in IndiaSpend looked at how women’s agency plays a role:

A man is expected to have a paid job.  When he seeks one, he needs nobody’s permission. Girls and women, on the other hand, almost without exception must have the permission of their fathers, brothers, husbands and in some cases even village panchayats in order to work or even learn skills that will make them employable.

Given this, the quality of employment becomes even more important for women. It has to be safe, close to home and have fixed hours that do not interfere with household labour. And if no job is able to fulfil these requirements, the women often do not join the work force – even if they may want to.

According to an ILO study, while rising household incomes have meant that women move away from agricultural labour, there has not been enough non-farm employment available to absorb them. This, according to the organisation, can only be remedied in countries like India by a focus on creating ‘decent work’ and ensuring that women have the freedom to choose to work outside the home.

Also read: Hospitality Industry Must Woo the Parents of the Women It Hopes to Employ

The gender pay gap in India is significant. According to the 2018 State of Working India report published by Azim Premji University, women earn between 35% and 85% of what a man does, depending on job and level of education.

Demand for MGNREGA work has proven that it is not “tough” physical labour that women are choosing to stay away from – a fact that surprised several observers. In fact, the number of women in public construction work rose sharply after the scheme was implemented in 2005. According to the State of Working India report, “Almost 5.8 million usual status women workers were added to the rural construction sector over the period 2004-05 to 2011-12, out of which more than 50 per cent were in public construction work.” The importance of the right pay and access to work, then, cannot be ignored. 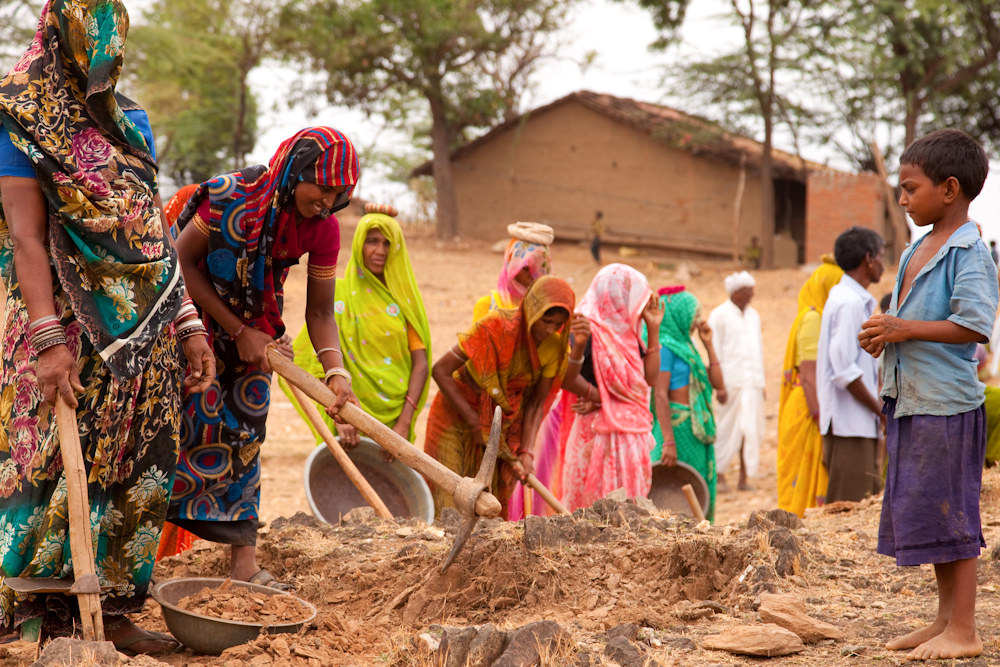 A research paper published by the NITI Aayog supports this argument. According to the researchers, the ‘discouraged worker effect‘ may be at play for women in rural India – a fruitless search for the right kind of job leads to them deciding not to work at all:

Among all the arguments, income effect, education effect and the problem of underestimation, what is left unnoticed is the structural transformation of the economy and its resultant impact on the female labour market in the whole process. With an increase in income levels of the households, a woman no longer prefers working as an unpaid worker or a helper or as a casual worker unless the work is remunerative (as in MGNREGA). However, such opportunities are limited in rural India and as a result women are not finding jobs matching their preference (regular part-time jobs close to their households). Furthermore, with low skill levels, jobs in the non-farm sector are also limited. These factors perhaps have led to the withdrawal of women from the labour force.

There are those who agree with Javadekar that it is rising household incomes and more women joining higher education that is largely leading to the fall in numbers, such as the authors of this World Bank policy paper. But even for them, this does not mean that the government can hold up its hands, particularly if it is serious about its promise of doubling rural incomes. The authors argue:

The findings…suggest that conventional approaches to increasing female labor force participation (such as education and skills and legal provisions) will be insufficient. Policies should center on promoting the acceptability of female employment and investing in growing economic sectors that are more attractive for female employment

Another reason why women’s labour force participation may be decreasing, according to researchers, is that what we measure as work is skewed in the first place – and reinforces gender roles within the household, making it difficult for women to be financially independent. The assumption in Javadekar’s statement is that the women not in the workforce are choosing not to work – but what if they are, in fact, too busy with unpaid (household) labour to do what is recognised as ‘work’?

Take this statement from a PARI article about Lilabai, a woman in Phalode village, Maharashtra:

From 10 a.m. to 2 p.m. six days a week, Lilabai is at the state-runanganwadi to cook food for 30 kids and for pregnant women in the village. By the time she reaches the anganwadi, she has already been up and working for seven hours. And she stops only around 10 at night. When Lilabai wakes up by 3 a.m., one of her first tasks is fetching water from a well two kilometres away.

For statistical purposes, Lilabai works a four-hour day. But her entire day is spent working – it’s just that that work is invisible, disguised as a woman’s duty to “care”. 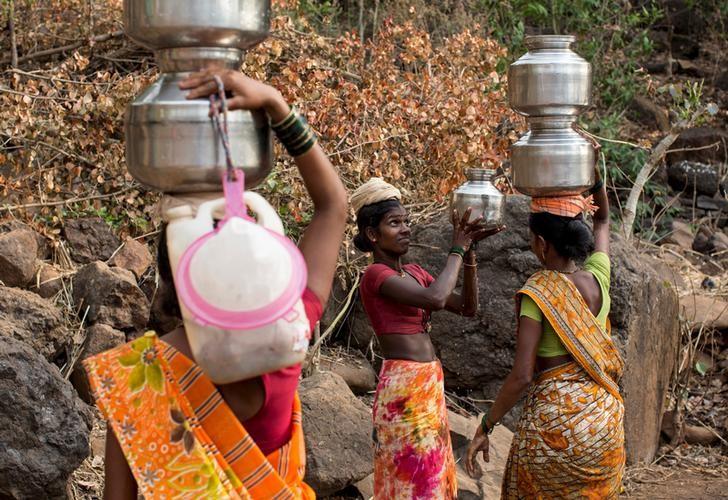 A woman helps another in carrying metal pitchers filled with water from a well outside Denganmal village, Maharashtra, April 20, 2015. Credit: Reuters/Danish Siddiqui/Files

In the West, access to affordable labour-saving technologies (like a washing machine) and the socialisation of childcare, to an extent, made it easier for women to work outside the home. In India, however, women spend hours collecting firewood and water, caring for children and the elderly, etc. – so on labour that is not recognised as ‘work’. The Ujjwala Yojana, promising free LPG connections, could have mitigated this to some extent, but has failed to do so since poor households cannot afford cylinder refills.

Scholars have argued that this invisibilised work has important consequences: not only is the contribution not recognised, it leads to a devaluation of both women and their work. In addition, it ignores the fact that this care work is something that should be fairly distributed, rather than dismissed, as Javadekar did, simply as something women necessarily want to do.