There remains a wide chasm between the financial resources committed in budgets and the actual expenditure aimed at providing social security benefits for workers. 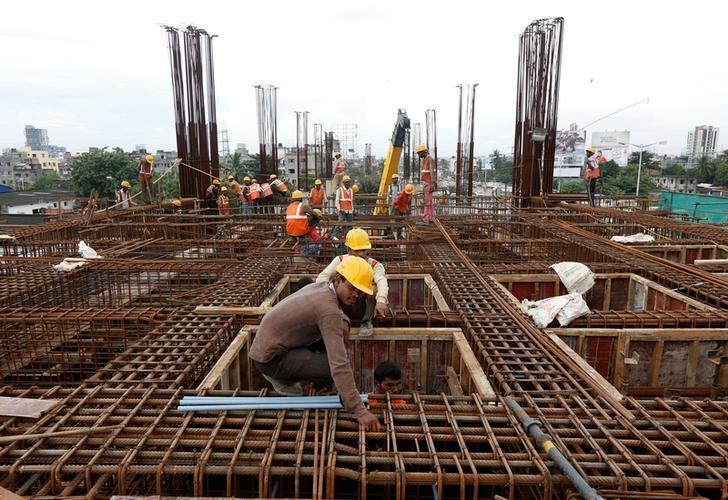 The unprecedented crisis that the unplanned lockdown pushed workers into has once again forced social activists and researchers to contemplate over whether a legislation passed in 2008 by parliament could have provided relief to workers.

Careful scrutiny of the financial resources as committed in budgets and the actual expenditure to provide social security benefits for these workers shows us how our governments have extended only lofty rhetoric in the name of workers.

On December 30, 2008, with the president’s assent, The Unorganised Sector Worker’s Social Security Act, 2008 (Act No 33 of 2008) came into force. This legislation was an outcome of years of campaigning by organisations working with unorganised sector workers. During the years 2006 and 2007, the slogan Social Security Now had reverberated across lanes and streets in different cities. Millions of workers marched to draw the attention of India’s lawmakers to their grief and acknowledge their rights.

The workers’ movement had attained a milestone; a social security law was enacted but the struggle was not yet over. The more painstaking part of the struggle, of ensuring that all state governments and Union territory administrations notified the rules and constituted the Social Security Boards for Unorganised sector workers was just beginning.

As a follow-up, a National Social Security Fund (NSSF) for unorganised sector workers was set up in 2010-11 with an initial allocation of Rs 1,000 crore. Announcing this in his budget speech, then finance minister Pranab Mukherjee had stated:

“Recognising the need for providing social security to the workers in the unorganised sector, and as a follow up to the Unorganised Sector Workers Social Security Act, 2008, it has been decided to set up a National Social Security Fund for unorganised sector workers with an initial allocation of Rs. 1,000 crore. This fund will support schemes for weavers, toddy tappers, rickshaw pullers, bidi workers etc”.

How did the civil society activist and budget study groups respond to this announcement? A glance at newspaper archives tells us that this allocation was perceived to be woefully inadequate. J. John, executive director of Centre for Education and Communication, responded to this announcement saying, “The amount is actually a pittance and does not make any sense when you look at sheer number of unorganised workers who need protection”.

A budget study group, Centre for Budget and Governance Accountability said that “the allocation of Rs 22,841 crore should have been made (i.e. 0.39% of GDP as estimated by National Commission on Employees in Unorganised Sector) in the budget for universal social security coverage”.

On April 22, 2013, the minister of state for labour and employment told parliament while answering a question about the implementation of the 2008 Act that only 11 states and union territories had framed rules and 10 of them had set up State Social Security Boards. The states and UTs which had framed rules and constituted boards were: Andaman and Nicobar Islands, Andhra Pradesh, Assam, Chhattisgarh, Gujarat, Karnataka, Kerala, Rajasthan, Tripura and West Bengal. Odisha had framed rules by then, but was yet to constitute the board.

Those states which had failed to frame rules five years after the law was passed were:

During the years 2010-11 to 2014-15, successive finance ministers kept announcing budgetary support for the corpus called National Social Security Fund. However, what actually went on behind those budget speeches is a tale of how the truth remains hidden behind the golden veil of accounting procedures.

The Ministry of Labour and Employment was the nodal ministry for implementing the budget announcement on NSSF. The fund was to be used for schemes formulated for welfare of unorganised sector workers. A committee was constituted for recommending the schemes to be funded from the NSSF.

Also read: Labour Laws: What Is Being Done in the Name of the National Economy?

The amount recommended by the committee for administering schemes and approved by the cabinet or Cabinet Committee on Economic Affairs (CCEA) was to be provided in the demand for grants of different ministries or departments against the identified schemes. The amount so provided for particular schemes was to be drawn from NSSF by the concerned ministry and classified under the functional head.

The CAG audit report on Union government accounts 2016-17 stated that funds lying in the National Social Security Fund could not be utilised since its inception and unutilised fund accumulated to Rs 1927 crore.

In the years 2015-16 and 2016-17, the finance ministry showed spectacular commitment, by first taking tremendous care to ensure that not a single rupee got transferred to NSSF and then by not making even a lip service of making budgetary allocation. This magnificently guarded secret attracted audit criticism in the audit report on Union government accounts 2016-17 which said:

“Audit observed that during the year 2016-17, the entire unutilized/accumulated amount of Rs 1,927 crore lying in Public Account under NSSF was written back to CFI in March 2017 by the Department of Economic Affairs and was credited to the Minor Head ‘0235.60.800- Social Security and Welfare-Other Receipts’. In this regard, the DEA was asked to inform whether approval of the Cabinet was obtained before the amount of Rs 1,927 crore was written back to CFI. Their reply was awaited”.

Such a grave appropriation of funds meant for workers’ welfare – that too without a cabinet decision authorising the same – should have made banner headlines pushing the ruling regime on the back foot. However, lofty rhetoric on the theme of social security benefits is all that unorganised sector workers received.