Data on Jobs Created Under Mudra Won't Be Released Before Elections: Report

This is the third time the Modi government has delayed – or entirely scrapped – the release of jobs data. 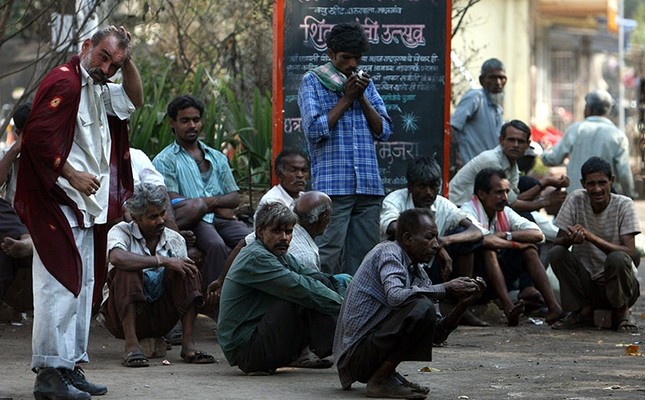 New Delhi: Results of a survey on jobs created under the Micro Units Development and Refinance Agency (Mudra) scheme, conducted by the Labour Bureau, will not be released before the 2019 elections, the Indian Express has reported.

“The number of jobs created under the Mudra scheme will be released after the polls as the expert committee found anomalies in the methodology used by the Bureau in arriving at the findings,” the newspaper quoted sources as saying.

The Mudra scheme, the Narendra Modi’s government flagship programme to encourage self-employment, was launched in 2015.

This is the third time the Modi government has delayed – or entirely scrapped – the release of jobs data. The government was reportedly planning to use the Labour Bureau’s Mudra survey after it did away with the National Sample Survey Office’s report on unemployment.

The unreleased NSSO survey – leaked in the Business Standard – said that unemployment reached a 45-year high of 6.1% in 2017-18. This was the first jobs survey conducted after demonetisation. Expert members of the National Statistical Commission – including the acting chairman – resigned in protest after the government did not release the data despite their green light.

In addition to this, the Centre has also failed to release details of the Labour Bureau’s sixth annual employment-unemployment survey, despite the Union labour and employment minister approving the reports. The results reportedly indicate that India’s unemployment rate hit a four-year high of 3.9% in 2016-17.

The Labour Bureau’s Mudra survey too has hit a roadblock. According to the Indian Express, the experts committee asked the bureau to “reconcile some errors” at a meeting on Friday. The Labour Bureau asked for two months to do that – which means the results will not be public before the upcoming elections.

In February, the NITI Aayog had reportedly asked the labour minister to process the Mudra survey and present its findings on February 27. The survey looks at one lakh Mudra scheme beneficiaries between April 2015 and January 31, 2019.

In May last year, The Wire had reported on how the Mudra scheme may not be the large-scale job creator it was being floated as. The number of larger-sized loans – of more than Rs 5 lakh – that can create real jobs were just a tiny percentage, or 1.3%, of total loans disbursed under the scheme, an RTI query had revealed.