Several analysts say that the uptick in the demand for work through MGNREGA suggests a state of widespread and rising unemployment. 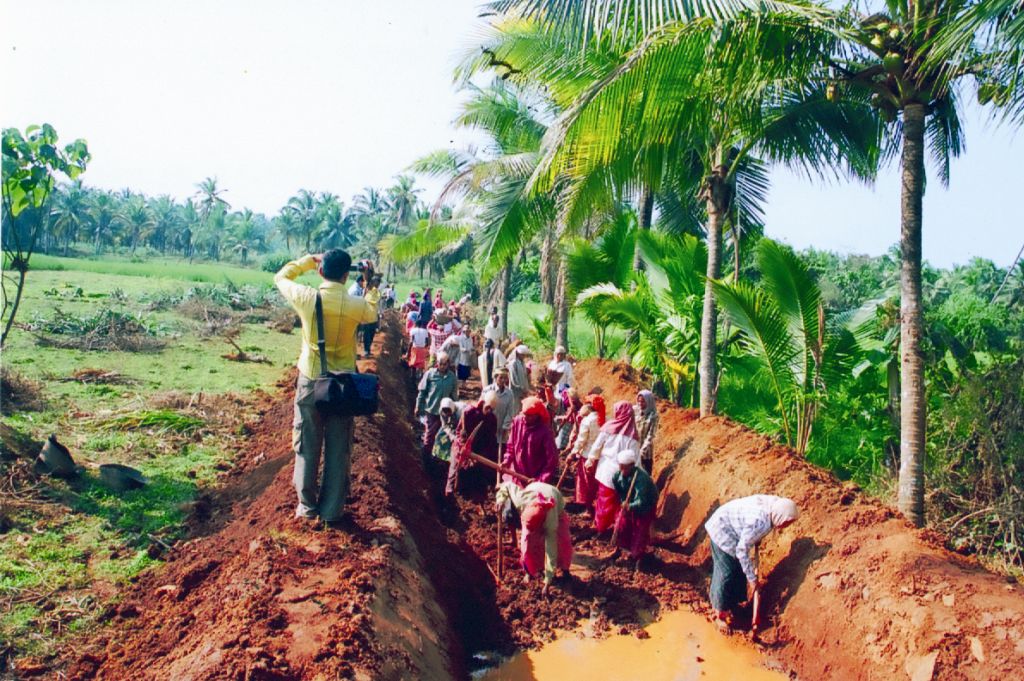 New Delhi: In the final year of the current NDA government, the demand for jobs under the Mahatma Gandhi National Rural Employment Guarantee Act (MGNREGA) has risen.

According to a report in the Indian Express, data for the year 2018-19 shows that the demand for work increased by 10% compared to the previous year and also registered the highest number of person-days of work under the scheme since 2010-11, indicating high levels of rural distress.

In contrast, when the NDA assumed power in 2014, the work generated under MGNREGA was just 166 crore person days for the fiscal year of 2014-15.

According to the report, most government officials have attributed the rise in the demand for work via MGNREGA to climate change related incidents such as droughts and floods, which have diminished rural incomes. However, several analysts have also pointed out that the uptick in the demand for work through MGNREGA suggests a state of widespread and rising unemployment.

Nearly a quarter of districts in the country have declared a drought, leading to a higher demand for MGNREGA jobs. Jharkhand, with one of the country’s lowest MGNREGA pay of Rs 168 per day, has declared a drought in 18 of its 24 districts. Additional work, due to droughts in Karnataka, Rajasthan, Odisha, Maharashtra, Gujarat, and Andhra Pradesh and floods in Kerala and Cyclone hit Gaja in Tamil Nadu, had to be provided under the MGNREGA scheme.

As per the MGNREGA, each rural household can demand 100 days of work from the government and 150 days in conditions of drought. The last time the MGNREGA work provision peaked was in 2009-10 under the UPA-II government when owing to an unprecedented severe drought, 283 crore person-days work was generated under the scheme.

Prime Minister Narendra Modi had previously attacked the UPA’s flagship job guarantee scheme by referring to it as a “living monument” of the failure of the previous UPA regime.

In February, after the Union Budget was announced, The Wire highlighted that the allocation for MGNREGA for 2019-20 was, in fact, lower than that for 2018-19.

Also Read: Who is Bearing the Burden of India’s Rising Unemployment?

In January, The Wire reported that 99% of the funds allocated for MGNREGA were exhausted with three months to go for the end of the financial year.

The Hindustan Times also reported that the central government had sought the approval of the Election Commission to increase wages paid under the Mahatma Gandhi National Rural Employment Guarantee Act (MGNREGA) programme.

The Centre has argued, in its appeal to the EC, that wage revisions to the MGNREGA programme are standard practice and do not amount to a policy change. The Election Commission’s model code of conduct – which prohibits the government from announcing any policy decisions that could potentially sway voters – is in force since March 10, the day the schedule for the general elections was announced.