Though the May Day rally prioritised the fight for better wages, the women workers also opened up about the humiliation and harassment they face at factories. 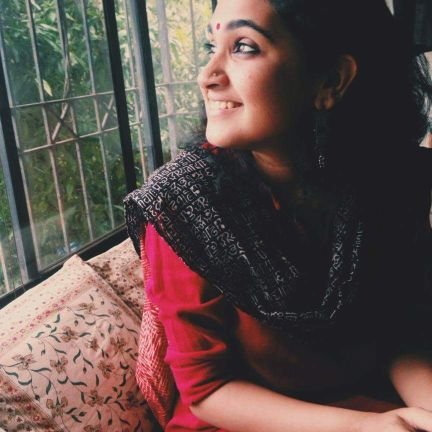 Bangalore: On the morning of May 1, the grey and barren space underneath the flyover near Kanteerava Studio in Bangalore looked like it had been painted red.

Dressed in red saris and holding red flags, scores of women workers from the garment industry in the city  had assembled to carry out a protest rally to demand a raise in their minimum wages.

There are around 1,200 garment units in Bangalore which employ around 4.5 lakh workers.

In Karnataka, these garment workers get paid a minimum wage of around Rs 8,000 a month – 25% below the urban poverty line of Rs 10,800 a month, based on the Rangarajan Committee report.

“With Rs 8,000 each month, I have to manage house rent, my child’s school fees among other household expenditures,” Nalina, a garment worker, told The Wire. “I came to this city from Davangere in search of better employment opportunities ten years ago. I found myself a job in a garment factory thinking my life is only going to get better now. But here I am on May 1, ready to begin yet another march to demand what is actually my right.”

Also read: In Narol, the Lives of Migrant Garment Workers Hang By a Thread

The Minimum Wages Act, 1948, mandates a revision of wages by state governments every three to five years. However, workers in the four-decade-old garment industry in Karnataka argue that their wages have been increased only four times in 44 years.

In February 2018, the state government issued a draft notification recommending that all unskilled workers be paid Rs 11, 587 per month as minimum wages; skilled workers, it suggested, should be paid Rs 14,000.

This notification, garment workers argue, was rolled back even before it could become public knowledge.

“The rumour is that the government withdrew its own notification because of pressure from lobbyists favouring the factory owners who felt that the new wages would affect their profitability,” Rukmini V.P., the President of the Garment Labour Union, said. 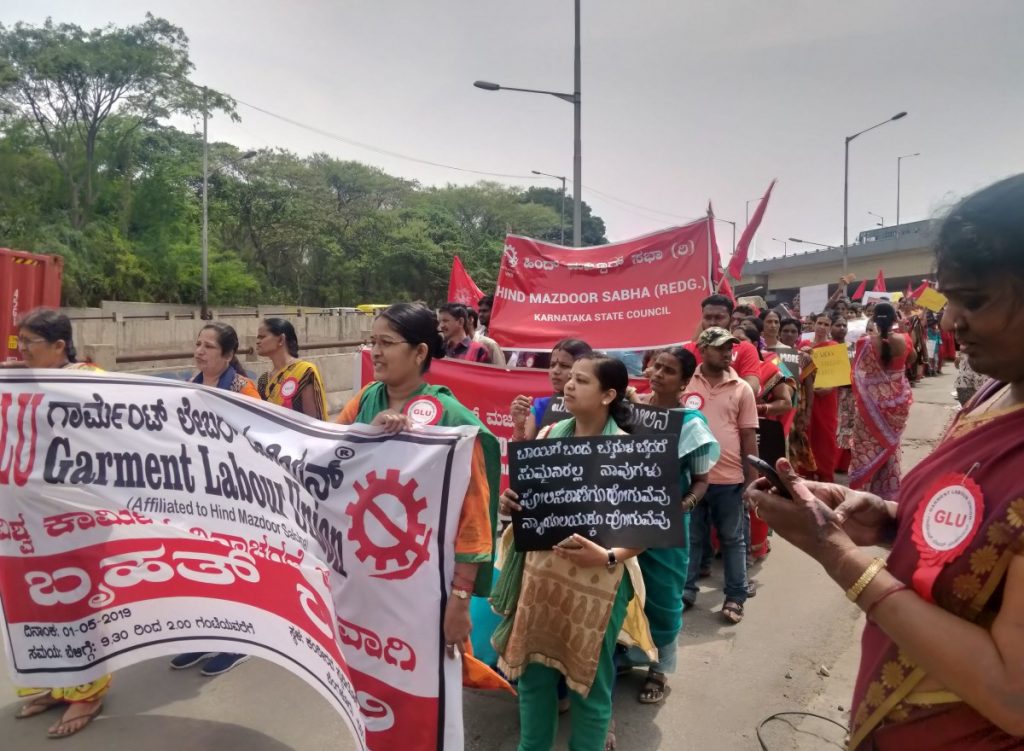 “Some even say a deal was struck and around Rs 10 crore was given to ensure the notification was rolled back. We are demanding today that the government pay workers a minimum wage of Rs 11,587 as per its order and pay up the arrears of the last year. Together, for five lakh workers, this amount comes to more than Rs 1,862 crore in the past year alone. They have cheated us of this money.”

The Labour Department’s rationale behind withdrawing the draft notification is explained in this document. The argument presented here is that the garment sector is similar to textiles – silk and yarn – and printing and dyeing industries. Thus, if different wages are awarded to these four industries, it could lead to “labour unrest”, the government argues. Hence it decided to promise equal wages across sectors, the document says. However, it doesn’t mention the amount.

The document also argues that the entire issue would be resolved through a tripartite negotiation between labour department officials, textile manufacturers, central trade unions and garment workers.

The trade unions and garment workers challenged the withdrawal of the notification in court and in April earlier this year, the Karnataka high court passed an order in favour of workers in 34 private industries including textiles, dyeing, printing and garments.

The court upheld the government’s notification for an increase in minimum wages. It also ordered employers to pay the revised minimum wages owed to workers along with an interest of 6% per annum from the date from which the revised wages were payable.

“We want to know what they are waiting for,” asked Rukmini at the rally as other protestors listened. “Why should we have to struggle to make ends meet?”

Clarifying the government’s stand, a senior official from the Labour Department, on the condition of anonymity, said: While the court passed 34 orders, it also upheld the withdrawal of our notification. The court has now given us six months to revise the minimum wages for garment workers. We have constituted a committee for the same.” 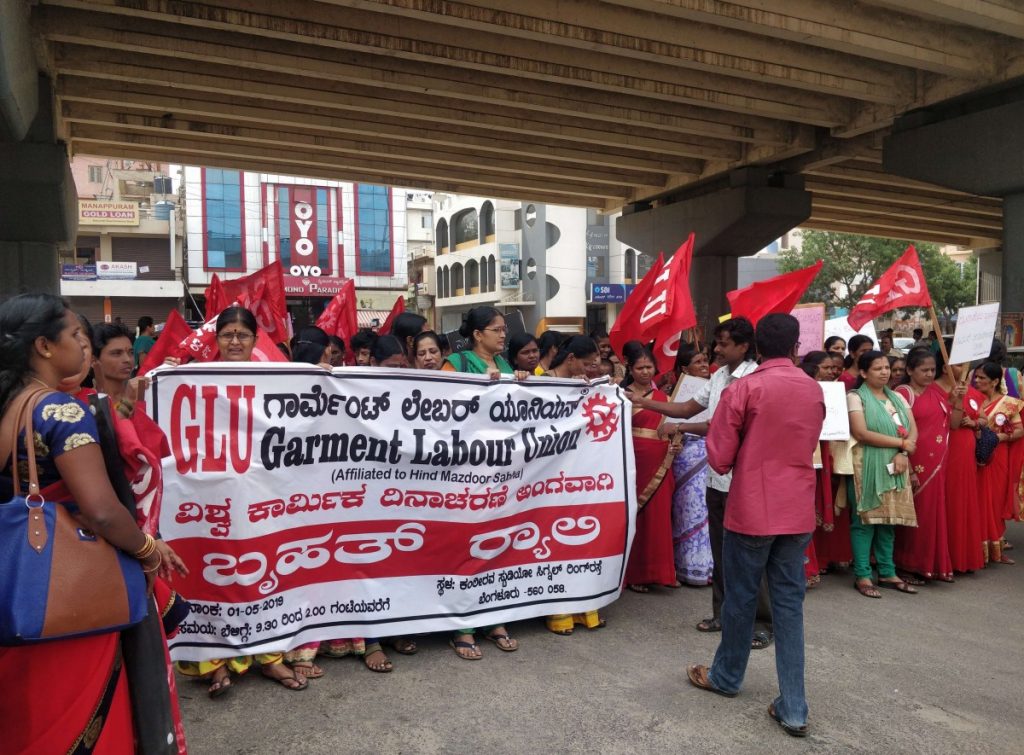 As the confusion and politics over the minimum wages seems to continue, the garment workers at the rally on May 1 also put forward a bigger long-term demand: to legalise Rs 18,000 as the minimum wage for all workers in India. This includes anganwadi, ASHA, sanitation, construction and garment labourers.

“While we await the money that they owe us, we want to tell them that we actually deserve a much higher minimum wage, even higher than the one they had planned to give us – one that will help us lead our life with some basic dignity,” Arunarani, a member of GLU said.

Alongside the demand for basic wages, the May 1 rally became a venue to discuss other long-standing and equally significant issues that women workers face in the garment industries.

Bharathi has been working in the garment industry for the last five years and says she has been itching to film the kind of humiliation and harassment that women go through in the factories.

“Our supervisors expect us to prepare 100-150 pieces in an hour – are we machines?” she asked. “And if we don’t, then we get called a dog, a loafer and all sorts of terrible names. This is in front of everyone. None us can say anything back to them because that would mean they will only harass us more – especially if we want leave or if we go to talk to them about our wages.”

Nalina echoes Bharathi’s experience. “I work in the collar finishing unit and the expectation is that I should complete one shirt’s collar in three seconds!” she explained. “If we our job is to attach collars to shirts, the expectation is that we must finish 120 shirts in one hour. The supervisors come with a timer and track our productivity. This often means, we have to sacrifice toilet breaks and sometimes, even lunch breaks to ensure we complete the task.”

A complaint made to the human resources department is also futile, argues Nalina. “The HRD member will come and lecture the supervisor but once he leaves, the same thing continues,” she says.

Testimonies from the May 1 rally have been corroborated in a recent report compiled by Human Rights Watch about labour conditions in the apparel industry and the role of brands:

“Human Rights Watch has consistently heard accounts of workers from different countries—Cambodia, Bangladesh, India, Myanmar, and Pakistan—about the pressure to work faster and without breaks. Some common methods of getting workers to produce more include restricting workers’ toilet breaks; trimming their meal breaks; squeezing “trainings” into lunch or other rest breaks so the “production time” is not lost; disallowing drinking water breaks and other rest breaks.”

“The pressure to work faster has a gendered impact, especially given women workers’ needs for additional toilet or rest breaks during menstruation. Pregnant workers from different countries have told Human Rights Watch that they have found themselves targeted as “unproductive.” Workers have also recounted how line supervisors or other managers hurl verbal abuses at them to humiliate them and make them work faster.” 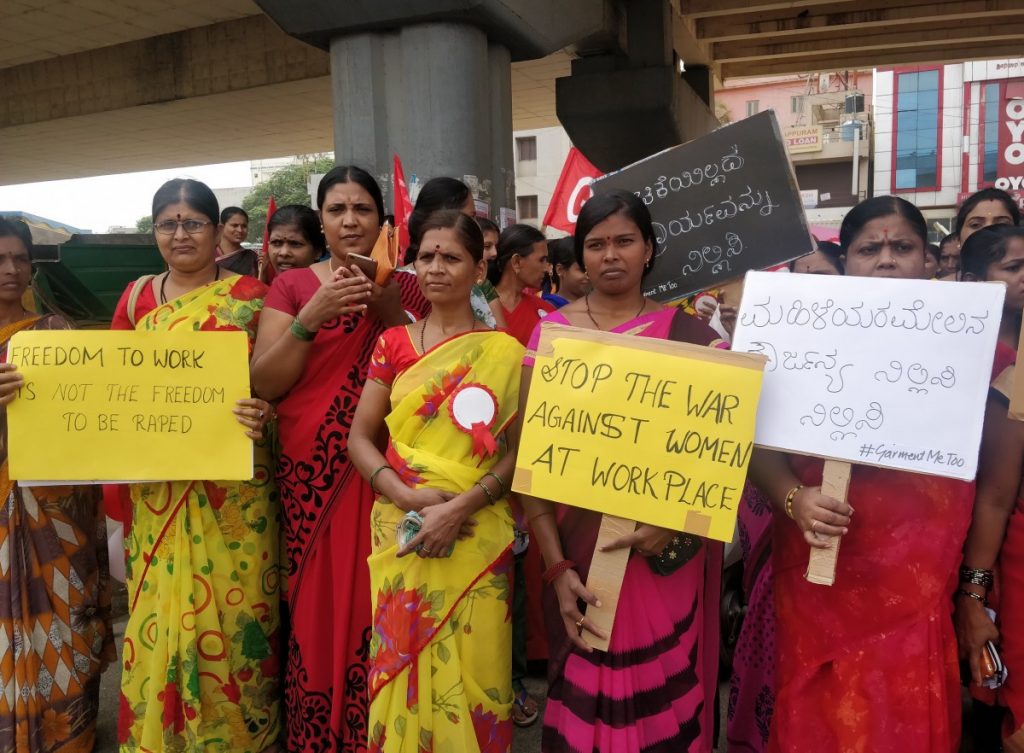 Sometime last year, a woman lodged a complaint with the Garments Labour Union when her general manager asked her for sexual favours and continuously harassed her by making sexually-coloured remarks, both in person and on the phone.

The complaint is currently under investigation by the internal complaints committee at the factory. The survivor has, in the meantime, been transferred to a different department while the general manager still holds his job. “He has worked in the factory for several years, so he cannot be removed so easily,” said another garment worker, speaking on the condition of anonymity. “But since it would be torturous for her to continue to see him as the investigation proceeds, she was transferred.”

Instances of sexual harassment in the garment industry are very common, the workers say. “Rarely do women feel brave enough to complain against their male supervisors,” Arunarani said. “They are either worried about what their co-workers will think, or worried that their families will stop them from working if they find out. They end up tolerating it and living with it.”

“Today we are prioritising our fight for better wages because we are unable to run our homes,” Nalina said. “We have been talking about our working conditions for years – about the torture we face day in and day out. Reporters like you will write something and go. We’ll meet at yet another rally like this and talk about this again.”

Archana Nathan is an independent journalist based out of Bengaluru.