On May Day, a Look Back at the Indian Worker's Friends and Foes

Seventeen all-India strikes have taken place to sustain old and create new labour rights, but the trade union movement is showing signs of divisions caused by its old enemy and ally – political unionism.

May Day is not only a ritualistic occasion for fiery speeches by trade union leaders and sympathetic orations by the ruling classes to appease India’s workers.

It is instead an occasion on which one must recall that rights such as the‘eight-hour working day’have not been gifts by either the employers or the state – but have instead been earned by the working class. It is also an occasion to ponder over the challenges that inevitably confront the working class, both locally and globally, and draft a strategy for reclaiming of lost rights and securing ones.

The day assumes special significance in India for several reasons. Firstly because India’s working class, and the rest of the nation, is in the process of electing the new government at the national level. The ideology of the political party or parties to assume power post-elections matters to them. Indeed, major central trade union organisations have already issued a ‘workers’ charter’ for the consideration of any party that seeks power.

This day also assumes importance as India and the rest of the world celebrates the completion of a hundred years of the International Labour Organisation, the only tripartite UN body in the world with representation of workers’ organisations in determining global treaties and rules.

The ILO and its instruments, such as the ILO Conventions and Recommendations, not only represent global treaties but provide a concrete basis for building social contracts within each member country.

A history of Indian labour

The labour movement in India began as elsewhere with demands for the regulation of working hours. Nineteenth-century European capitalists in India believed, as their global counterparts did, in the myopic principle that longer (and often harsher) working hours automatically translated into higher profits.

As worker organisations and trade unions – like the Madras Labour Union – sought marginal improvements in the conditions of work in mills and other places, the colonial government and private employers used all types of strategies to deny the progress of legitimate labour rights and even the right of workers to organise in the form of unions.

Due to various agitations and political pressure, the Indian Trade Unions Act was passed in 1926 which afforded minimal rights to trade unions. To this date, the warped nature of this law haunts the working class as this extant law does not even require the employers to legally recognise trade unions as negotiating agents and to negotiate with them in good faith.

To make matters worse, India has also not ratified the ILO Conventions C.87 (Freedom of Association and Protection of the Right to Organise Convention, 1948) and C.98 (Right to Organise and Collective Bargaining Convention, 1949). This no doubt due to the colonial-mindset-led logic that ratifying these would afford collective rights including the right to strike – even though the Indian state extends fundamental right to association and unions via Article 19(1)(c) in the constitution.

Post-Independence, the Indian state advised and even exhorted the working class to moderate their wage demands and to limit strike actions so as to enable capital accumulation. Such accumulation, it was held, was necessary for swift industrial progress and would benefit workers in the medium-to-long term.

The state also exercised control over the labour movement through active intervention in the industrial relations even via its labour wings. Workers waged relentless struggles which included legal action among others to achieve dearness allowance, minimum wages, contract labour abolition, bonus (as a deferred wages), social security including maternity benefits and employment security.

Globalisation and the fight back

Neo-classical economists have have held that labour institutions such as trade unions – and their collective actions and protective labour legislation – are responsible for slow growth in employment. This was even though employer militancy, in the form of lockouts, lay-offs, retrenchments and closures of establishments pushed lakhs of workers into unemployment from the early 1970s onwards.

On the other hand, industrial economists found fault with the closed and command economy system of industrial development. Thus, the very Nehruvian conception of ‘development for and by all’, aided by active state intervention, was heavily criticised even as the procedural failures marred the Nehruvian philosophy. All these prepared the economy for radical economic reforms.

From the 1990s, global financial institutions such as the World Bank, the International Monetary Fund (IMF) and multinational corporations (MNCs) and domestic capital have orchestrated the demand for wide ranging labour law and governance reforms to complement broader market reforms. These have meant the dilution, and in certain cases negation, of hard-won labour rights by the working class.

The strongest and arguably highly contestable body of research in support of labour law reforms began with the publication of research by two foreign economists – Besley and Burgess (BB – in a well-known and sternly peer reviewed journal (the Quarterly Journal of Economics) which attributed pro-worker legislation to be a cause for much of the ills such as slower employment generation and industrial progress and alleviation of poverty.

This paper and the body of research that used this faulty methodology influenced both public opinion and political leadership. The latter was committed to substantial and substantive labour law reforms to afford extensive labour flexibility in terms of free hire-and-fire, lower minimum wages, restricted coverage of labour laws, weakened social security, and mild labour inspection or even labour facilitating government officials (and not inspectors), etc.

The labour rights of workers in India which anyhow were restricted to a minority of workers are at great risk in neoliberal globalising India. A recent review of BB’s paper has shown that their research and the research that casually and unwarily followed their path have caused setbacks to workers.

At the same time, in India, the judiciary, which was once known for its labour-sympathetic judgments delivering justice through various constitutional lenses, was perhaps influenced by the wave of economic reform and globalisation. Thus, judgements like the SAIL verdict, the judgment on the right to strike in the case of Tamil Nadu government employees (which struck at the very roots of the institution of “strike”), the Umadevi judgment, which took away the right of secure employment for casual labour, followed. 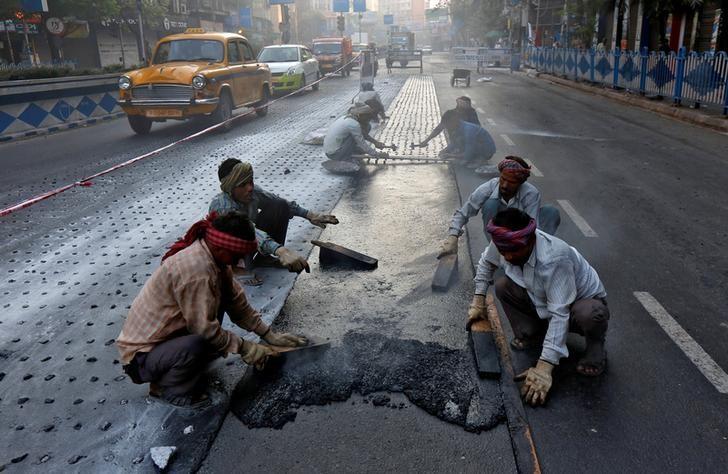 In 19th century workplaces, there was no distinction between organised and the unorganised workers or sectors. Homogeneity prevailed in the sense that all were unorganised. But with technological developments, economic reform and globalisation, labour slowly divided into two spaces: formal organised firms and the informal unorganised enterprises.

It was then that inequities in the formal labour market intensified. The inequities between the managerial and the working class stoked tremendous discontent. This was fanned by the rising aspirations of the “new” working class, the educated and young workers.

The result has, tragically, been the rise of bloody struggles often leading to industrial violence – from Pricol to the Maruti Suzuki episodes of homicides.

Also read: In Illustrations: May Day and Its History

At the same time, the rise of sophisticated “platform economy or the convenience economy” which is consistent with globalisation logic, has created an illusionary “self-employment” or its euphemistic counterpart of “entrepreneurial” class who are slowly tracing the pitfalls of the entire arrangement of invisible capital, driving them to situations of physical, emotional, financial breakdowns.

The issue today is that even when a firm makes wrong business decisions or wishes to restructure, the first use of axe falls on labour. In this sense, labour rights are always at risk and workers have to bear the brunt of bad luck. The consistently declining share of wages in gross value added and the declining or constant share of labour in the national income (which simply means that rise in real labour productivity is not fully compensated by rise in real wages) should add sinews to this apparently “class” argument.

The share of contact workers in the organised factory sector has increased from around 12% in 1992-93 to more than 30% by 2016.  The share of wages in value added in the factory sector has declined steeply over the last three decades. The annual growth rates of real wages of factory sector workers shows volatility and rural wages have been declining and even becoming negative recently.  They also show widening income inequality.  Occupational safety and health is at great risk as fatal workplace accidents have been occurring at frequent intervals especially in the public sector.

Seventeen all-India strikes have taken place by the concerted trade union movement to sustain old and create new labour rights and protest against measures seeking to dilute labour rights.  But the trade union movement in India is showing signs of divisions caused by its old friend and foe – political unionism. In India, research has shown how politics is simultaneously a worker’s enemy and friend.

What hasn’t helped is that trade unions hold labour and other NGOs in suspicion if not in contempt as the latter are soft and often gullible organisations which undo the good work done by the trade unions.  At the same time, civil society organisations (CSOs) hit out at the trade unions for having neglected the vast majority of the unorganised labour and continuing with their policy of pampering the insider-oriented struggles.

There are clearly palpable and unproductive tensions as the labour rights are getting eroded even as these agencies fight between and amongst themselves. However, workers’ organisations are what workers have and the May Day is a grim reminder to these organisations if not to others that labour cooperation is essential to uphold and secure and protect labour rights.

The very sustenance of the ILO over the last 100 years, despite the hesitant acceptance of it by various powers in the global society, reflects at once the power of persuasion and of ‘norms” and the potential dismissal of it by global capital. The ILO has been advocating for a “fair globalisation” and the institutionalisation of democracy and decent work.  May Day 2019 therefore is all about renewing this faith amidst sordid though not entirely hopeless world of work.

K.R. Shyam Sundar is a professor at XLRI, Xavier School of Management.