The MP Migrant Workers Project found that 90% of migrant workers who returned to the state during the COVID-19 lockdown did not receive any kind of monetary assistance.

New Delhi: Satish Ranjan* used to work in Pune as a construction worker. When the pandemic hit, he was forced to return to his home in Madhya Pradesh, like the lakhs of migrant workers who were forced to return – many by foot – as a consequence of the lockdown, which meant that they were suddenly out of a job.

The 28-year-old told The Wire that he did not receive the Rs 1,000 that was promised as assistance by the state government to daily wage workers who were stranded in other states. He also did not receive any food or ration from the government. This was partly what forced him to return home.

Ranjan says after reaching his home in Bamori of Sagar district, he attempted several times to get a ration card at his gram panchayat, but the authorities were not helpful.

Now, months after the lockdown was lifted, he has moved to Gurgaon where he works as a construction worker. He earns Rs 250-300 on days that he is able to find work, which is not very often.

Latha* a is a 20-year-old who was pregnant when the lockdown was imposed. She is from Jhabua district of Madhya Pradesh and was working in Gujarat as a construction worker. Despite her pregnancy, she was forced to walk around 150 km to her home – there was no other mode of transport apart from trains, which were few in number.

Latha says she was also met with institutional apathy and was not given any ration or support from the government.

Twenty-seven-year-old Anurag*, from the Khandwa district of MP, also faced numerous problems during the COVID-19 lockdown. A construction labourer, he lost his livelihood and had to taken loans to care for his wife, who is pregnant. He still has not found a job and their house does not have gas or electricity since Anurag was unable to pay the bills.

Shivanand, an activist based in Rewa district, told The Wire that many who are in need are unable to access the schemes that were meant to provide relief to workers and the poor.

Zenith Society for Socio-Legal Empowerment, an NGO which provides legal aid to workers, was able to intervene and put Anurag in touch with the district zilla parishad’s chief executive officer. This helped the 27-year-old receive the money required to buy medicines for his wife. The collector is now guiding Anurag in accessing the schemes that will help alleviate the situation. 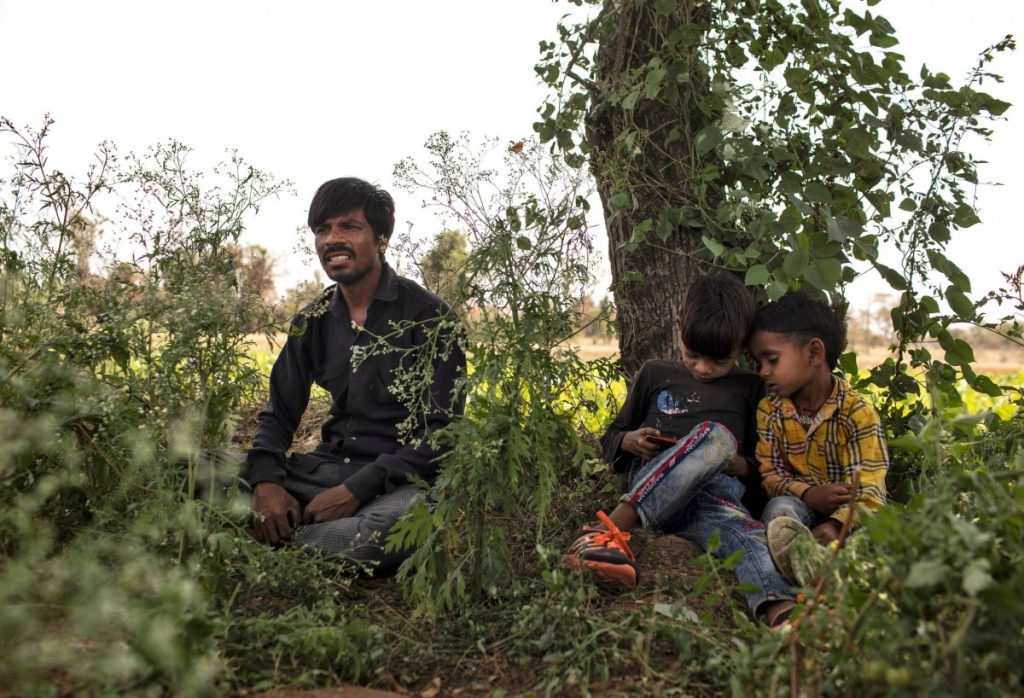 Migrant workers on their way back to MP from New Delhi, April 8, 2020. Photo: Reuters/Danish Siddiqui

Many workers did not receive benefits

These are not three isolated cases. A majority of migrant workers who returned to Madhya Pradesh during the lockdown did not receive any kind of monetary assistance from the government.

The MP Migrant Workers Project, coordinated by Rakshita Agarwal, Rohit Sharma and Lakshay in association with Zenith Society for Socio-Legal Empowerment, was aided by close to 60 volunteers. They found that 90% of migrant workers did not receive any kind of monetary assistance.

Despite a number of directions being issued by the Supreme Court, such as maintaining the records of the migrant workers who have returned, introducing employment opportunities, establishing counselling centres – migrant workers say that they have not received any such benefits. “None of these were followed by the state,” the report says.

The project intended to assess the current employment status and livelihood of migrant labourers who had come back to Madhya Pradesh. The migrant workers were also asked how much assistance they had received from the state government, if any.

About 1,500 migrant workers in different districts of the state were surveyed for the project. The report, released last month, found that 56.5% of the migrant labourers in the state continue to remain unemployed, even several months after their return to the state. In addition, 67% of the respondents also said that they do not have sufficient means to run their families and are in need of urgent support.

Alarmingly, around 45.3% of the respondents were not even aware of a single employment scheme that had been introduced for their benefit.

Even the workers who have managed to find employment find themselves in a gloomy scenario, the report says. About 59% of the people who responded said they used to earn between Rs 300-500 per day. In the post lockdown era, just 49% said they earned in this range.

Nearly 40% of the respondents said after the lockdown, they are earning less than Rs 250 per day. This is a five-fold increase from the 8% who said they earned less than this amount before the lockdown, indicating the massive cuts in wages that many workers are facing.

However, nearly 52% of the respondents were not planning to leave the state and hoped to find employment.

The report patted the government on its back for its efforts to bring back stranded workers. The migrant workers were aided by government officials in accessing both the online and offline registration facilities, the report says.

The state performed “fairly well” in terms of providing transportation to these workers, the report says. Almost 58% of the respondents said that the tickets for their travel were funded entirely by the government. A majority also stated that bus facilities were provided to them from railway stations to reach their respective villages. Close to three-quarters also said they received free food during the journey.

*Note: Names of the migrant workers have been changed to protect their identity.