After the Lockdown Lifts, We Need to Make Cities Liveable for Migrants

It is in cities that business is based, where migrants go to find livelihoods, and where the most cost-effective investments can be made. 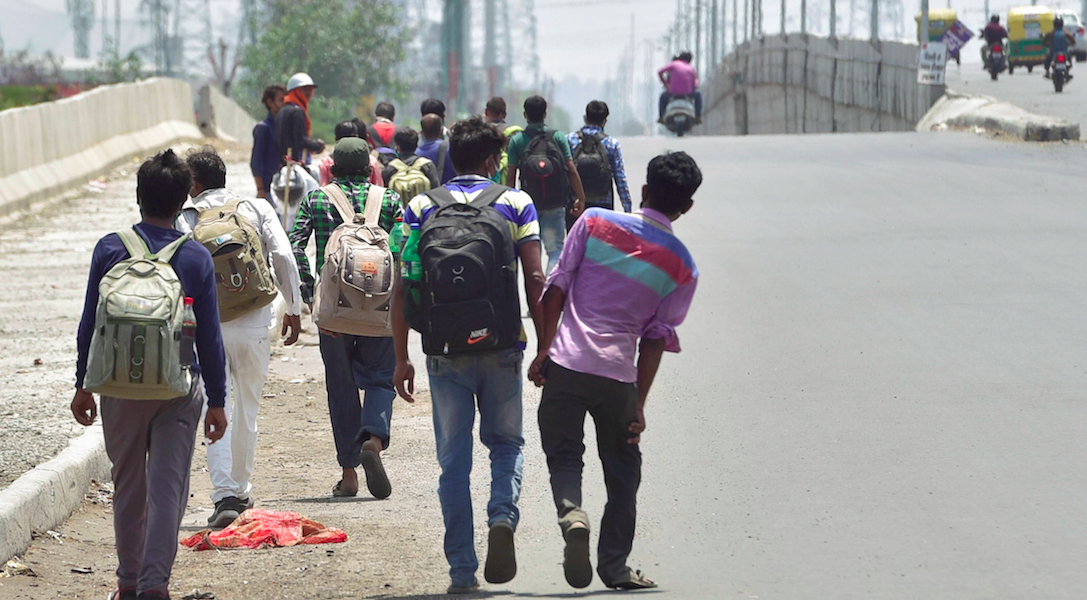 Migrants on the open road in Ghaziabad. Photo: PTI 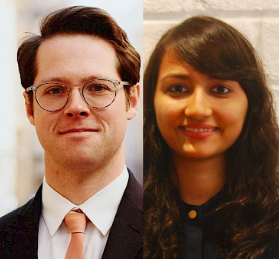 Cities produce over 70% of India’s Gross Domestic Product (GDP), and the informal sector makes up about 65% of their workforce, according to the 2017-18 Periodic Labour Force Survey. The 17 crore migrant workers in cities (Census, 2011) are also providing vital support to villages, closing the circle to create rural-urban linkages that send money and finished goods from cities to the countryside.

When the COVID-19 crisis slows and the economy reopens, informal (unregistered) businesses that employ a large share of the migrants and drive urban GDP will have to reopen. How will they do so without a boost from the government? Migration will also have to resume. But when will it be safe for migrants to recommence their loop from the villages to the cities, and back again?

Government action is needed on two fronts to rebuild these critical links and avoid mass impoverishment. First, addressing the needs of labour for the informal sector, and second, providing capital to revive the sector.

Also read: Will India’s Economic Recovery Be Quick? Modi Says So, But This Can’t Happen in a Vacuum

This call for action challenges received wisdom at all levels of government.

‘Local’ residents have always shown animosity towards migrants for crowding cities, while local governments have resented having to provide public services to them. Neglect of the informal sector is thus baked into governance models, notwithstanding its economic value.

On the first front, addressing the needs of migrants is primarily a political economy problem. However, some immediate public health measures are crucial, both as a part of the solution and for dealing with the pandemic. Migrants will continue to face a higher risk from COVID-19 until city governments improve living conditions in informal urban settlements and slums, which are currently cesspools of disease.

Cities can act quickly to improve sanitation in informal settlements by providing safe disposal of waste and a continuous supply of water for hand washing.

Some temporary efforts have already been made, but the pandemic could easily last one or two years, and more resilient and permanent solutions must be put in place. The activities required are simple – water pipes and drainage pipes need to be laid down, and in some cases, replaced.

Exterior water points with drains need to be installed at intervals, along with an increased supply and maintenance of public toilets. Sewage mains should be laid down principal paths and owners of dwellings should be allowed to connect to water and sewage mains free of charge, to encourage them to install basic facilities.

This will require a targeted investment programme for cities. It can be designed to directly support informal sector workers, if the government can temporarily relax the byzantine (on a good day) public procurement process. Small construction firms employing informal workers can quickly be contracted to perform these tasks, and emergency powers can bypass issues that have dogged similar efforts to upgrade sanitation.

Governments must also take dramatic action to improve the quality of housing in informal areas to invite migrants back to cities. In the COVID-19 pandemic where physical distancing and quarantine are crucial tools, housing is healthcare. It is impossible to be healthy when people are living in 48 square feet on average in a city like Mumbai, as they do in many of India’s slums.

At the very least, the government should regularise India’s tens of millions of informal housing units, making it safe for owners to invest in building improvements without fear of expropriation or demolition. While an overhaul of informal housing by clearing slums and constructing new high rises would be ideal to reduce the risk of a future pandemic, improving existing informal housing in the medium term is imperative to address this housing crisis.

With regard to the second issue – supporting the informal sector – 80% of the urban poor have lost their jobs during this crisis, and they will need new opportunities. If the government neglects the urban informal sector, where many of them work, the economy is unlikely to recover. This sector already contributes about 60% of the Net Domestic Product. And the National Commission for Enterprises data as of 2007 shows that 98% of both informal manufacturing and services enterprises had less than 10 workers but these businesses are thus too asset poor to survive without support and lack registration and documentation, making them ineligible for government support schemes.

While formalisation is a long-term process, this is no ordinary crisis and requires swift action. The government must use emergency powers to take the unprecedented step of giving aid to unregistered businesses in the informal sector. Criteria like registration of businesses with a minimum 10 workers and a stipulated minimum investment in plant and machinery should also be relaxed, at least temporarily. Informal businesses should be allowed to register for government assistance using the Aadhaar card of the proprietor to ensure accountability.

These measures for easier registration will allow businesses to benefit from the economic relief package for the medium, small and micro enterprises (MSMEs) guaranteed by the government of India. The cushion of collateral free loans, 100% credit guarantees, moratoriums on principal repayment and interest caps is much needed for the disregarded informal sector.

As many as 42% informal manufacturing enterprises and 64% informal services enterprises are ‘Own Account Enterprises’, with a single proprietor. These businesses are likely to run out of their homes, and evidence from formalisation programs elsewhere show that it can be challenging to extend credit to businesses of this size.

The best and probably quickest way to support these businesses would be to directly provide cash to get them back on their feet. This will keep them from visiting loan sharks and entering a debt spiral. The cash could be transferred to Jan Dhan accounts which would benefit a large share of Own Account Enterprises.

In India, the formal and informal live next to each other in cities.

Improving conditions for the informal workers and allowing the informal sector to thrive will benefit the formal sector because of the product market linkages between them. All of these actions need to be focused on cities — where business is based, where migrants go to find livelihoods, and where the most cost-effective investments can be made.

Rather than extending one-time relief measures, introducing conditions that unlock opportunities for the vulnerable may just enable them to live better.

Patrick Lamson-Hall is an urban planner and a research scholar at New York University Marron Institute of Urban Management. Harshita Agrawal is an associate at IDFC Institute, a Mumbai-based think tank.