Educated young people, who believe government recruitment is the only way they can find a stable job, have been protesting on the streets. 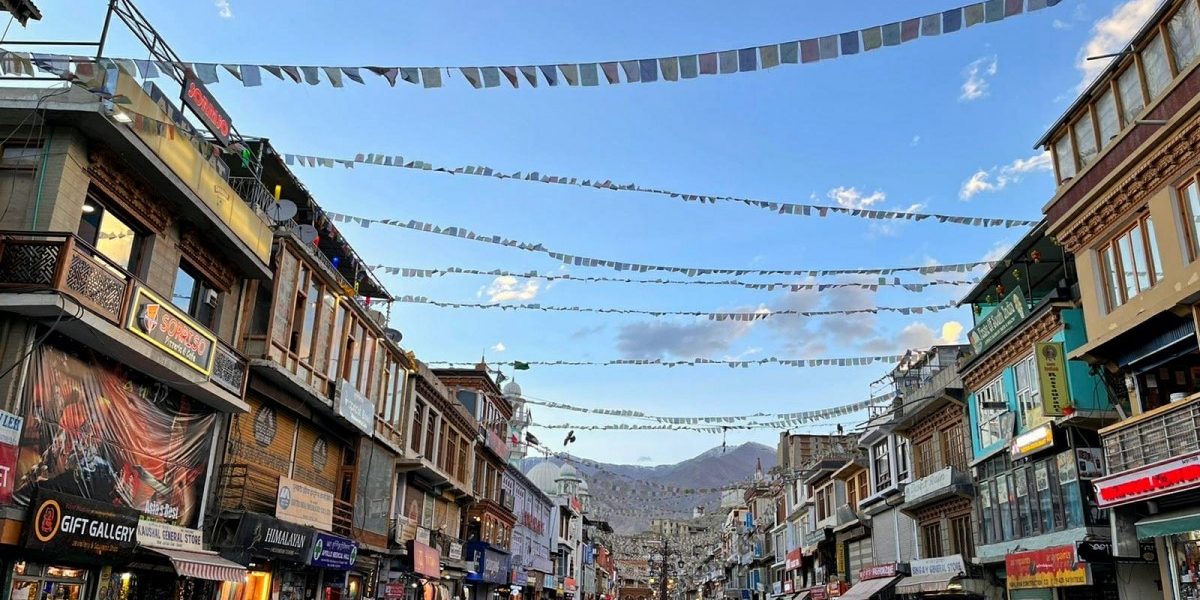 Leh: Three years into acquiring the status of a union territory (UT) after being bifurcated from the erstwhile state of Jammu and Kashmir and two years after the Galwan Valley clash, Ladakh is facing a crisis that is spilling on to the streets as several organisations dissent against the UT administration.

Stanzin Gurmat, a 29-year-old commerce graduate, hasn’t been able to find a stable job for five years now. He has been surviving off the money he earns from odd jobs that he is forced to do for a living. Gurmat is also patiently preparing for Staff Selection Commission (SSC) exams which have been tentatively scheduled for the month of August.

Local students say that even these government recruitment exams have their roots in the J&K Public Service Commission (PSC). The exams which are to be held in August are the fruit of three years of relentless agitations during which the unemployed from across Ladakh reached Leh to register their protest.

Lacking a PSC for Ladakh, locals cite the example of the bifurcation of Punjab and Haryana in 1966, where both states held on to a joint PSC until they set up their independent commissions.

On August 5, 2019 when the BJP government arbitrarily severed Jammu and Kashmir from Ladakh, the cold desert region had mixed reactions. While Leh had supported the idea as they had felt neglected by Kashmiri politicians over the years, Kargil has observed a “Black Day” every August 5 since 2019, to express dissent against the alleged theft of their rights and guarantees.

The reading down of Article 370, the constitutional provision that enacted India’s promise to J&K, was celebrated by many in Leh. Irrespective of their alliance with the BJP, locals in Leh were ecstatic about the legalisation of a separate identity. But three years later, Ladakhis have found themselves without a legislature and without powers over laws affecting their livelihoods and community rights – and their expectations from the bifurcation have turned into disappointment.

The Wire met Rinchen Dolkar, state president, BJP Mahila Morcha in Leh, who left the Congress to join the BJP post the bifurcation. Dolkar says, “I myself found that BJP had given to Ladakh what Congress couldn’t, BJP gave us the UT status.”

Dolkar appears convinced and confident that the BJP is going to develop Ladakh, even as students like Gurmat are uncertain about the tentative nature of exam dates that the administration has been declaring.

On being asked about rising unemployment in a region like Ladakh which houses merely three lakh people and sits on the edge of conflict, she remarked that Ladakhis have ‘too many’ expectations now that they have the UT status and they should understand that rebuilding institutions from scratch takes time.

In Leh, locals have revamped the All Ladakh Unemployment Youth Association (ALUYA), an association for concerns of the youth, that had been dormant for decades. “This is our situation, we are creating unemployment associations,” says Tundup Thinlas, president, ALUYA. “In the name of progress, we received hollow promises from the administration.”

In September, October and December 2021, student groups across Ladakh organised protests in Leh to sound an alarm to the dormant UT administration. “When the bifurcation was announced, there were advertisements by JKPSC for posts, but after the separation, no exams were held. It was only our protests that moved the UT administration here to conducts exam for the 55 panchayat accountant posts,” Thinlas explains.

Students also explain that they have been alerting the administration about various gaps in examination rules – for instance, they say, subordinate posts didn’t have break ups such as UT cadre, divisional cadre and district cadre. Students also says that there has been no new job creation undertaken by the UT administration for three years now. All their efforts right now are aimed at the conduction of those exams which were scheduled before the bifurcation and towards pushing the government to look at Ladakh in terms of rising unemployment. 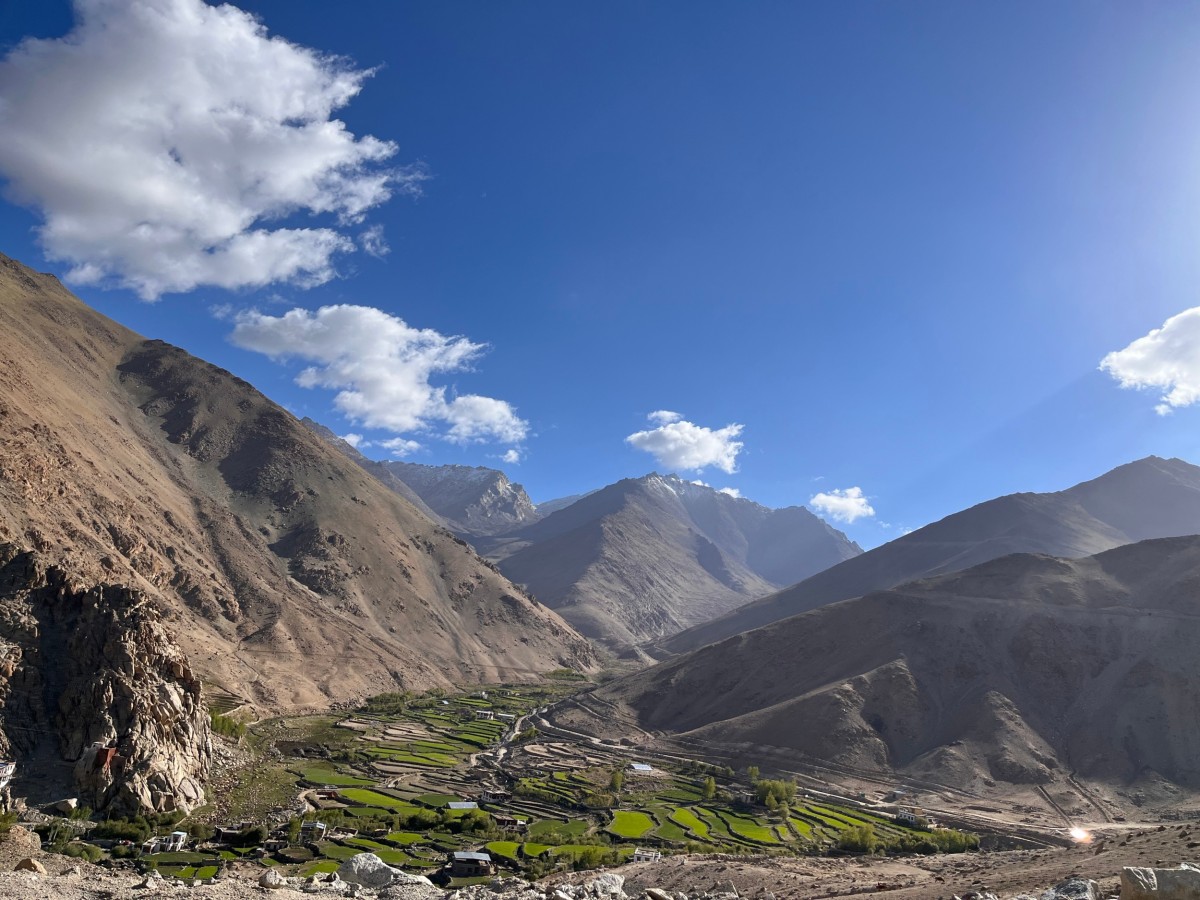 A majority of Ladakh’s population is either dependent on government jobs or seasonal tourism. Photo: Tarushi Aswani

In Kargil, Ali Murtaza, president, Students Educational Movement of Kargil (SEMOK), has been occupied with obstacles that surround students across Ladakh. Murtaza has also been in touch with students who have now become frustrated with waiting for the UT administration to wake up. “Here, the terrain is difficult and prohibits private industries, so the population greatly depends on government jobs. But for three years we’ve been left hanging.”

“Even for the SSC exams for 797 posts, they were to be held along with other states in July, but as of now we have a tentative date scheduled in August. The recruitment rules for the exams were also not in the favour of many students; for that as well, we had to beg the admin,” laments Murtaza.

Students allied with ALUYA as well as SEMOK said they met the lieutenant governor of Ladakh, R.K. Mathur, who has promised them speedy action and job opportunities. However, they are yet to see the impact of his words.

Another student, Pema Phuntsok, 24, had always dreamt of becoming an interior designer. Three years ago, when Ladakh became a UT, she thought the decision would fast-rack her dream as development would knock on the region’s door at last. Phuntsok, now employed as a cashier at a grocery store, sees her dreams dying every day.

“Our MP Namgyal had the time to write to HM Amit Shah to get Urdu removed as mandatory requirement for Revenue Department jobs, but he has no time to talk to disgruntled youth about job creation, opening colleges for professional courses?” asks Phuntsok.

The rugged terrain of Ladakh is not only important to India for its own territorial integrity but also for transporting Indian forces to the Line of Control (LOC) with Pakistan. This area is significant to maintain the larger geopolitical equilibrium of power in southern Asia, and unemployment in a conflict region can be a hazard when the population dissents.

In this atmosphere of conflict and a rising number of disgruntled youth, Stanzin Dolkar, president, Territorial Mahila Congress Committee, says it’s a reality that no new recruitment opportunities have been created by the UT admin. “Even for the dismal number of recruitments that we’ve had, they been outsourced to agencies to conduct, who hire our students for a paygrade lesser than the standard.”

Dolkar also adds that the present situation shows that there is a glaring lack of policy and institutions post the bifurcation, which is heightening concerns of unemployment. The Congress leader also details how students are facing the issue of exceeding the age limit for certain exams: “There are students who have aged over the limit waiting for the UT’s policies. While they have given a two years relaxation now, even for those 797 posts, thousands are going to be applying.”

While Dolkar points to policies, Smanla Dorje Nurboo, territorial president, Indian Youth Congress feels that lack of public representatives at the UT level, a strong executive and a reliable legislature is what is bringing the unemployed youth to their knees. “We have an MP who represents us at the Centre, but who will make policies here? Who will work towards formulating strategies according to the aspirations of the people of Ladakh?” asks Nurboo.

Jigmet Paldan is a local taxi driver who ferries tourists to different destinations in Ladakh. As he travels to peaks and distant lakes, the mountains that guard Ladakh seem to have been snatched away from him. “We live at the mouth of conflict. Peaks that were once accessible to us are no-man areas today.” Amid the chaos of the conflict, he is hunting for jobs for his younger brother. While Paldan is illiterate, it pains his heart to see his brother who is a graduate sitting idle as the UT administration prolongs job creation. “The carelessness of the administration has levelled the gap between the educated and illiterate, both him and I are being forced to take up odd jobs,” says Paldan, 35.

As unemployment numbers are mounting in the cold desert, three years after bifurcation, people across the region are uncertain about their livelihood, fearful about the of loss of land, and confused about constitutional guarantees.