The strike, on the same day as farmers' 'Delhi Chalo' protest marches across north India, is also in solidarity with the farmers' cause. 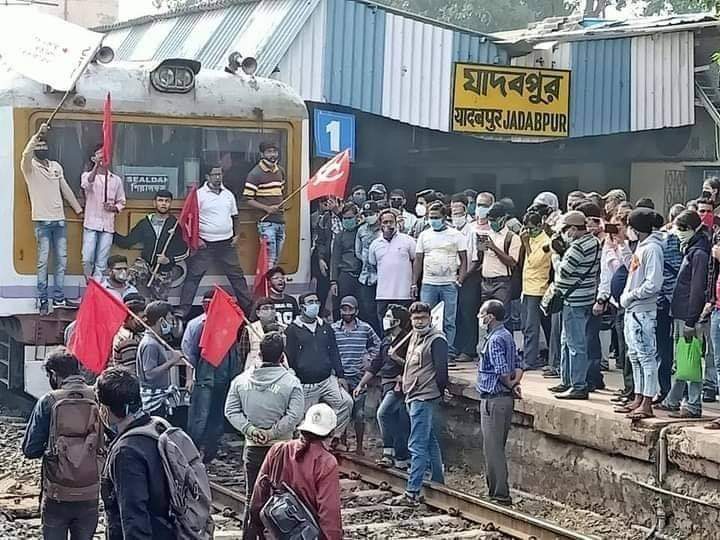 New Delhi: The nationwide strike called for by central trade unions on Thursday, coupled with the ‘Delhi Chalo’ rallies of farmers in north India, led to a near total shutdown in a few states and protests in others.

Protest rallies were taken out in nearly all major towns and cities including New Delhi.

Millions led by 10 Central Unions and over 300 farmers & agricultural workers organisations give clarion call for General Strike & Grameen Hartal against the continuous onslaught on the workers and kisans by the Modi govt. #MazdoorKisanStrike pic.twitter.com/PGAJZGFLKo

Various independent federations and associations are also part of the joint platform. BJP-aligned Bharatiya Mazdoor Sangh (BMS) is not participating in the strike.

The strike is primarily in protest against the new labour laws, among other workers-related issues. The cause of the farmers and their agitation against the new laws that affects them are also a secondary agenda. The united front of farmer organisations, AIKSCC, has also extended its support to the general strike. 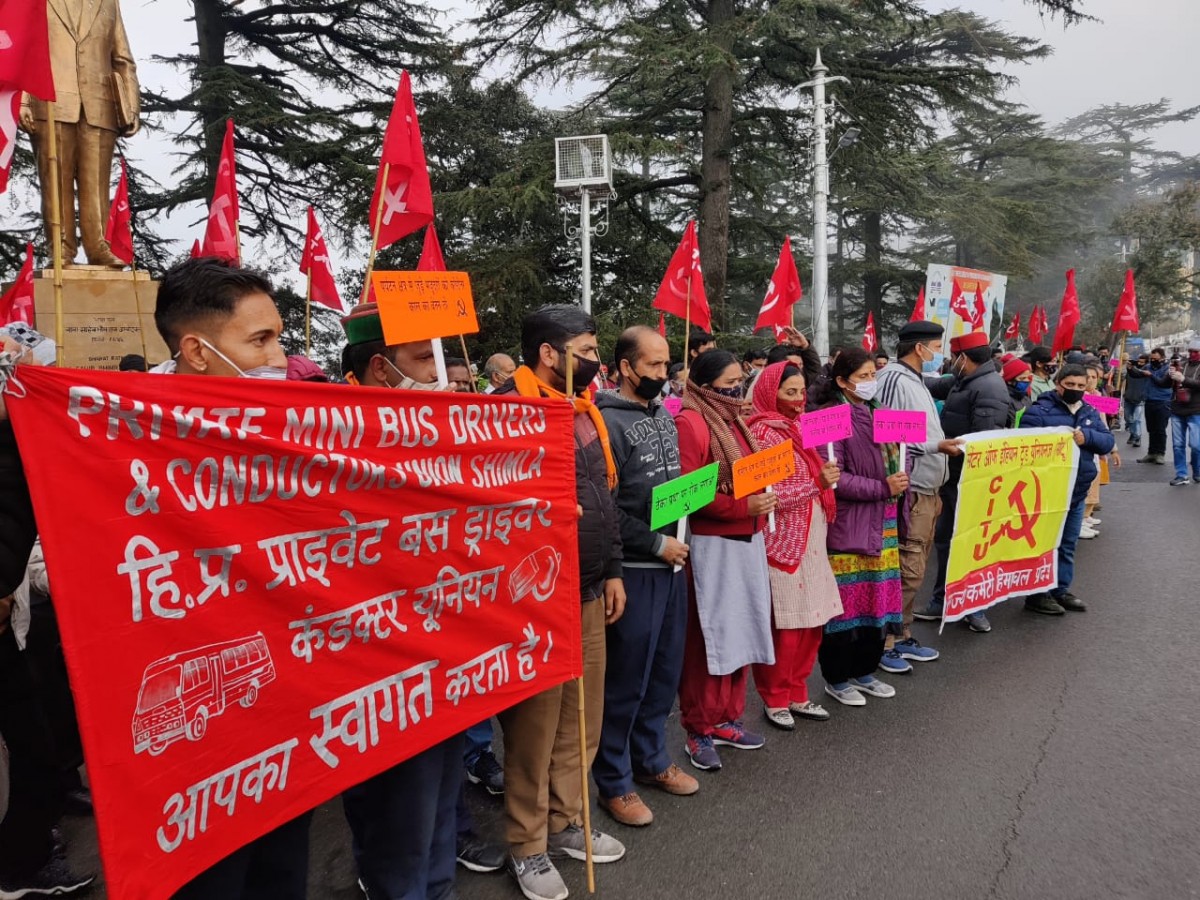 In many states, auto and taxi drivers have decided to keep off the roads. The federations of railway and defence employees too are supporting the strike.

In Kerala, state-owned KSRTC buses are not plying. Only Sabarimala pilgrims were exempted from the strike, and KSRTC buses, operated in the hill temple route, ferried devotees as usual.

A rally was organised today by the Central Kolkata District Congress led by Suman Paul,Dist President in support of the nationwide strike . pic.twitter.com/GAEqq0Nh4m 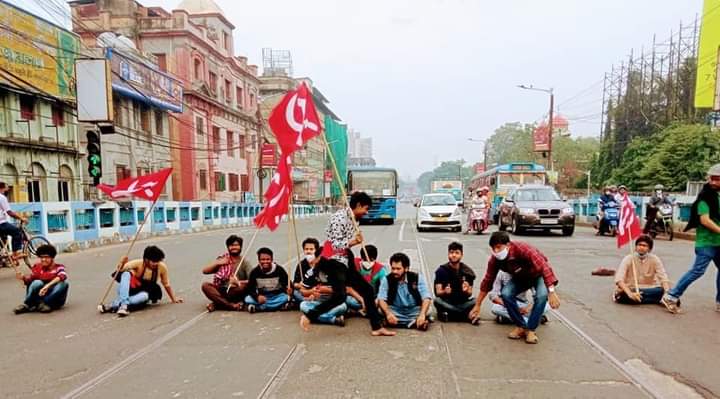 Banking operations in public sector banks across the country were partially affected.

Cash transaction including deposits and withdrawal at branches, forex and government transactions have been impacted in many public sector banks where participating unions are strong.

However, State Bank of India and private sector banks are functional.

Many lenders including Bank of Maharashtra had informed customers in advance that normal working could be affected.

Besides, All India Bank Officers’ Confederation (AIBOC) has extended fraternal support to strike.

This historic #MazdoorKisanStrike is a watershed moment in India’s long history of peoples’ struggles. This strike is a demonstration of the unity of the most oppressed classes, farmers and agricultural labourers, converging with industrial workers and employees in public. pic.twitter.com/bbsT2WiHka 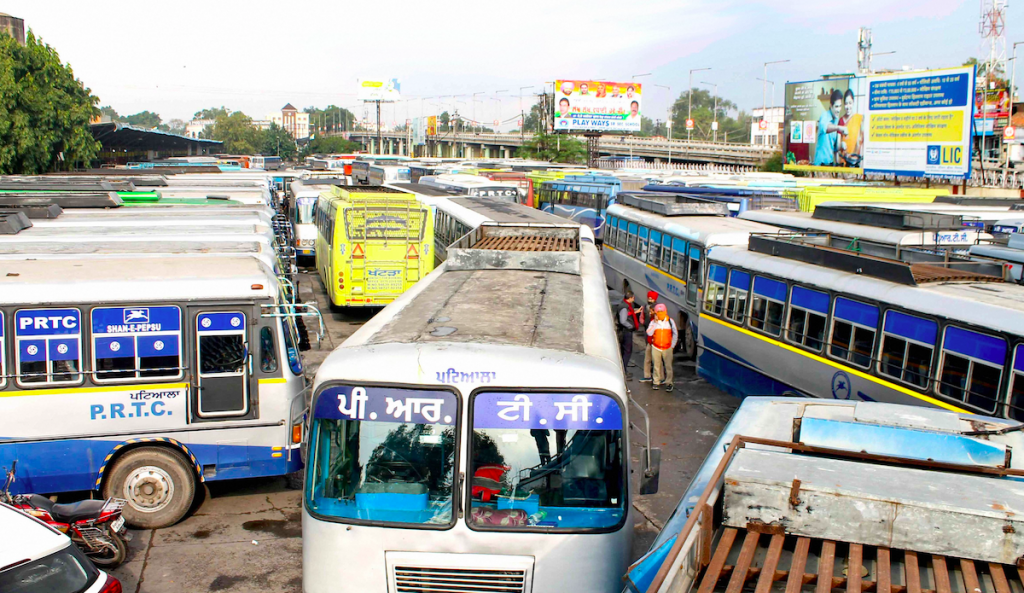 The demands of the joint platform include cash transfer of Rs 7,500 per month tor all non-income tax paying families and 10 kilograms of free ration to every needy person per month.

They have also asked the government to withdraw all “anti-farmer laws and anti-worker labour codes and stop privatisation of public sector, including the financial sector and stop corporatisation of government-run manufacturing and service entities like railways, ordinance factories, ports etc”.

Among other demands, the unions have sought withdrawal of the “draconian circular on forced premature retirement of government and PSU employees”.

Other demands of the unions include ‘pension to all’, scrapping NPS (National Pension System) and restoration of earlier pension with improvement in EPS-95 (Employees’ Pension Scheme-1995 run by retirement fund body EPFO).