The Labour Story that Big Media is Not Telling You

The majority of journalists are serious, diligent people so it’s a pity that the opportunity to use September 2 to seriously discuss and analyse the demands of those who are striking is being missed. 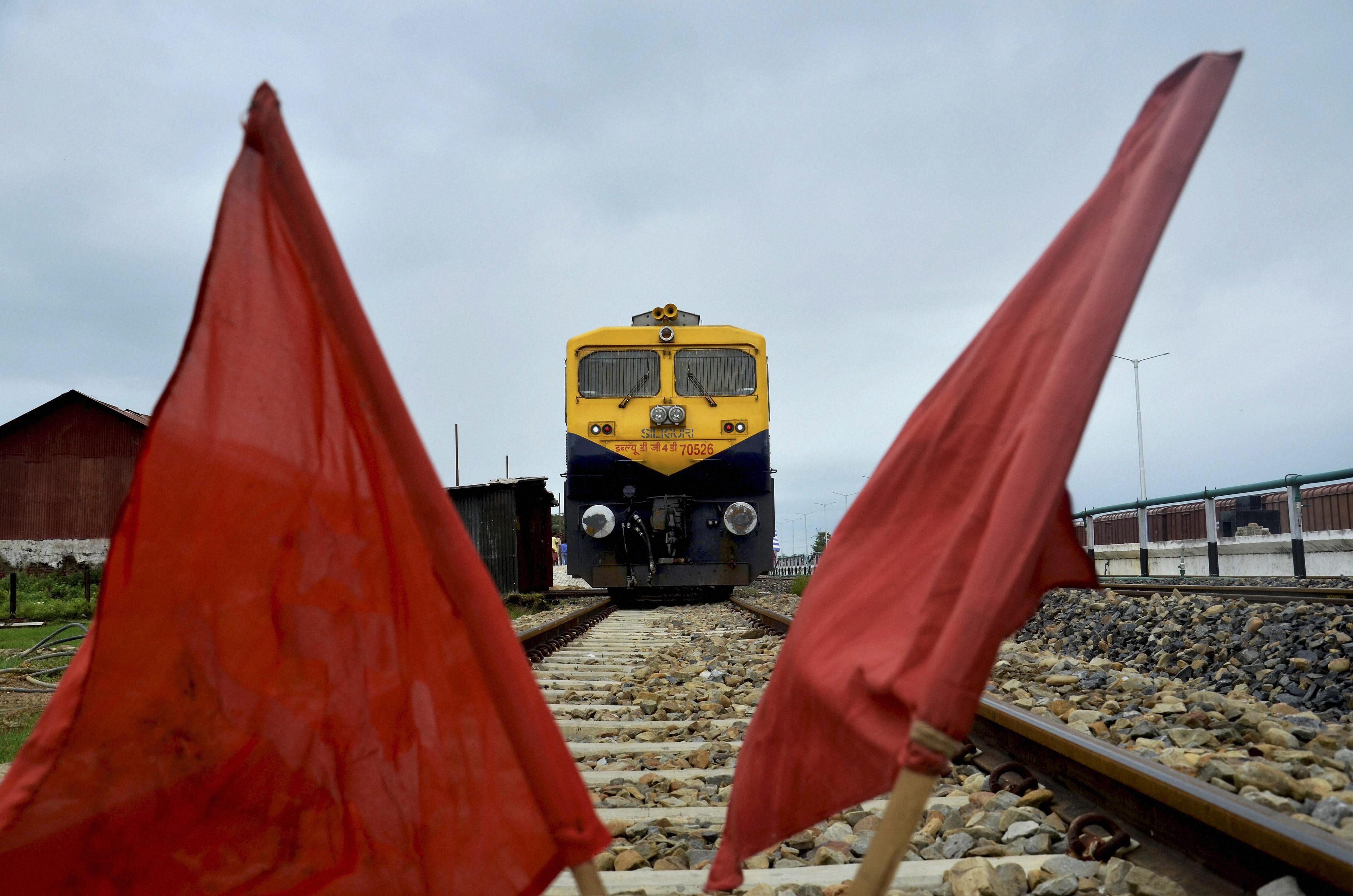 Red flags put up at railway tracks to stop trains during a nationwide strike against the central government called by trade unions in Dharmanagar, Tripura, on September 2. Credit: PTI

Judging from the coverage of the September 2 national strike so far, you’d imagine the most important task for a news organisation was to explain to its readers which services would run and which would not. While that may be the legitimate concern of thousands of people, the idea that September 2 is a day of inconvenience – a minor bump on the smooth road of daily routine – is tragic.

I sympathise with the journalists of today. They have to deal with clicks and likes, shares and ad revenues, circulation figures and TRPs, retweets and bounce rates and impressions. The majority of journalists are serious, diligent people so it’s a pity that the opportunity to use September 2 to seriously discuss and analyse the demands of those who are striking is being missed. There have been exceptions of course, but the majority of the media’s response to today’s mind-boggling attempt at mass solidarity has been tepid.

If you are unsure about what is happening today or why it’s important, consider watching NewsClick’s video (below). It’s about seven and a half minutes long and features interviews with union leaders and others across the country on why they’re doing what they’re doing.

There is a 12-point charter of demands that has been put out by the trade unions going on strike today. It is almost the same as the one they put out last September 2. I would ideally quote it in full, but for the sake of brevity, here is a summary:

None of these demands are new or strange. If any of them sound outrageous, remember a lot of other things did, too.

IndiaSpend reported last week that in rural India, people were consuming less than they were in 1975. High food inflation is sometimes referred to as a ‘hidden tax’. In households where a majority of the income is spent on food, price rise can be devastating. At the same time, the price of food isn’t translating into better prices for farmers, as some sell a kilogram of onions for five paise.

Unemployment is an equally vital topic. Urban unemployment climbed to 11.24% in August with rural employment at 9.18%, according to reports by the BSE and the Centre for Monitoring Indian Economy (CMIE), a ‘business information company’. If more than a tenth of a population does not have work, can we really afford to ignore any opportunity to discuss the situation?

And in the sectors where there is work, it tends to be in the form of non-permanent, contract jobs. Business Standard reported that temporary workers now make up almost half of the workforce in the automotive sector. The IT sector has also turned towards contract labour with Mint reporting that Wipro hired ‘more contract workers than full-time employees in each of the past six years’. The reason given is so that the industry can be flexible and react to business cycles but contract workers are usually paid less than permanent staff. As Immanuel Ness recently said in an interview with The Wire, “In India, the major contradiction and division is the difference between permanent and contract, and it plays itself out in furthering the super exploitation of the labour force of this country.”

There has been some positive news in this regard. The Tamil Nadu government recently amended the rules around the Employee Standing Order stating that companies, among other entities, have to declare a percentage of permanent to non-permanent workers in its factories, which by itself has the ability to improve the current situation.

In a bid to get the unions to cancel the strike today, the government had announced earlier this week that the minimum wages for unskilled non-agricultural workers would be Rs 350 per day, or Rs 9,100 a month. The unions rejected the ‘offer’ and refused to call off the strike. As G. Sampath wrote in The Hindu yesterday, “… figures such as Rs.26,000 or even the Rs.10,000 mooted by the Labour Ministry sound fantastical in comparison to the official minimum wage in some parts of India, which can dip as low as Rs.1,650 a month (Puducherry, agriculture, 2013). Typically, the actual minimum wage is close to or less than Rs.4,800, currently the National Floor Level Minimum Wage.”

This barely scratches the surface of what the trade unions are fighting for. All the sources I cite as examples come from the last one month, many from the last one week. The media is writing and discussing these issues – just not explicitly in connection with the actions of September 2, actions which affect journalists as well. The Delhi Union for Journalists issued a statement a few days ago against the trend of news organisations “employing more and more people on short term contracts, including contracts that illegally bar them from membership of trade unions”. In this sense, journalists are workers too and their freedoms are included in what’s being fought for today.

Millions of people are turning out in solidarity with their common struggle for a better life. Ideally, the media should too.

Thomas Manuel is a freelance writer and playwright based out of Chennai.