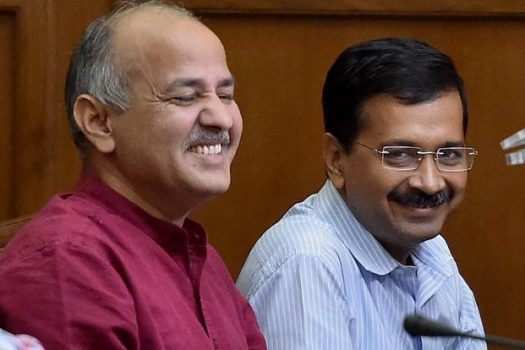 As announced several months ago, nationalised banks all over the country were shut on 28th Feb 2017. United Forum of Bank Unions, an umbrella group of nine bank unions, coordinated a nationwide campaign of protests and rallies, including over 1000 bankers in Chennai. They called for the rolling back of measures to privatise public banks and outsource jobs to private companies. Another major issue, clearly personal to many of the bankers at the strikes, was the lack of compensation for the extra workload forced on them by the government’s demonetisation debacle. Bankers were given no time to prepare for the exercise and on top of that, found themselves at the receiving end of harassment and abuse from a general public that had no other target to vent their frustrations.

This focus on demonetisation forced two unions affiliated to the Bharathiya Mazdoor Sangh (BMS), the ‘official-unofficial’ union of the RSS and the BJP, to refrain from participating. This was almost predictable as BMS pulled out from the all-India strike on September 2 at the last minute as well.

Hindustan Times reported that “Starvation and lack of treatment has claimed the life of two regular employees of Jharkhand’s 103 year old civic body Mineral Area Development Authority (MADA). They had not been paid salary for 35 months… Members of both the victims families charged that despite repeated reminders for last one month, the management did not release arrear of salary payment so that they could be treated.” Apparently, none of MADA’s 1150 employees have received their salaries for 35 months.

The Tata Nano plant at Sanand is in the news again after the administration called the police when workers refused to take the company bus and decided to walk home instead. Section 144, which requires a magistrate order, seems to have been instituted almost immediately. The apparent boycott was because the company had not agreed to wage increase even after discussions for six months. The last wage increase was two years ago.

The role of women farmers is usually ignored when discussing the agrarian economy. This is partly because the identity of farmer is linked to land ownership. But according to various reports, despite 74% of the rural women workforce being engaged in agriculture (as against 59% of the male workforce) only 12.69% are legally recognised as farmers. This makes most statistics about the agrarian sector problematic. In the case of farmer suicides, women farmers are not included in the tally – but they might be classified as ‘housewife’.

According to an Economic Times report, “The Delhi cabinet on Saturday approved a 36% hike in the minimum wages for unskilled, semi-skilled and skilled workers. If LG Anil Baijal clears this proposal, Delhi will be the first state in the country to provide the highest minimum wages to the working class population.”

The minimum wages for unskilled labourers has increased to Rs 13,350 per month from Rs 9,724. For semi-skilled workers, it will increase from Rs 10,764 to Rs 14,698, For skilled workers, from Rs 11,830 to Rs 16,182 respectively. This is around 40 per cent higher than that in the neighbouring states of Uttar Pradesh and Haryana. The new wage structure will be applicable to both government and the private sector, but enforcement as always will be sketchy.

The Employee State Insurance Corporation (ESIC) has given its ‘in-principle approval’ to a scheme that will allow retired industrial workers, especially senior citizens, to access specialised treatments that tend to be extremely expensive. With India’s occupational health and safety record, this seems like a really positive move by the labour body. ESIC currently caters to more than 20 million people and runs hospitals across the country. There are still discussions to finalise the premium to be paid, something that looks to either make or break the mass adoption of the scheme. The Finance Department proposes Rs 1700 per month or Rs 20,400 per year, which would mean that it would be out of reach of the majority of retired industrial workers.

In a turn of events that “testifies to the power of international solidarity and supply chain action to fight for workers’ rights in the garment supply chain”, 800 employees of an international garment factory that closed last November won an agreement from their former employers. Their three-month long struggle succeeded with solidarity from labour groups in neighbouring countries like Cambodia, Indonesia and Korea as well as groups that put pressure on the factory’s customers like Gap, JC Penny’s and Kohl’s.

The union believed that the shutdown was a union-busting measure after the workers started organising a year ago and won an agreement from the company. “When workers noticed that machines were being taken out of the factory in the weeks prior to the closure, they started a picket line to prevent further dismantling of the production. It took over three months of continuous picketing to reach an agreement with the management. This agreement stipulates substantial financial assistance on top of the separation pay, the granting of sewing machines for a project initiated by the fired workers and the possibility of rehiring if the factory were to reopen.”

The two governments are considering cancelling a scheme that might affect thousands of migrant Indians in Bahrain. The scheme primarily acts as a safety net for women taken to Bahrain to work as domestic help or maids (of which there are currently 15,000). As per the scheme, employers are required to provide a bank guarantee certificate of $2,500 to the Indian embassy in Manama. As Scroll reported, “This aims to protect the domestic worker if an employer fails to pay wages, or the maid is subjected to abuse, such as physical or sexual violence, and requires compensation and financial aid to return home.”