Labour Laws: What Is Being Done in the Name of the National Economy? 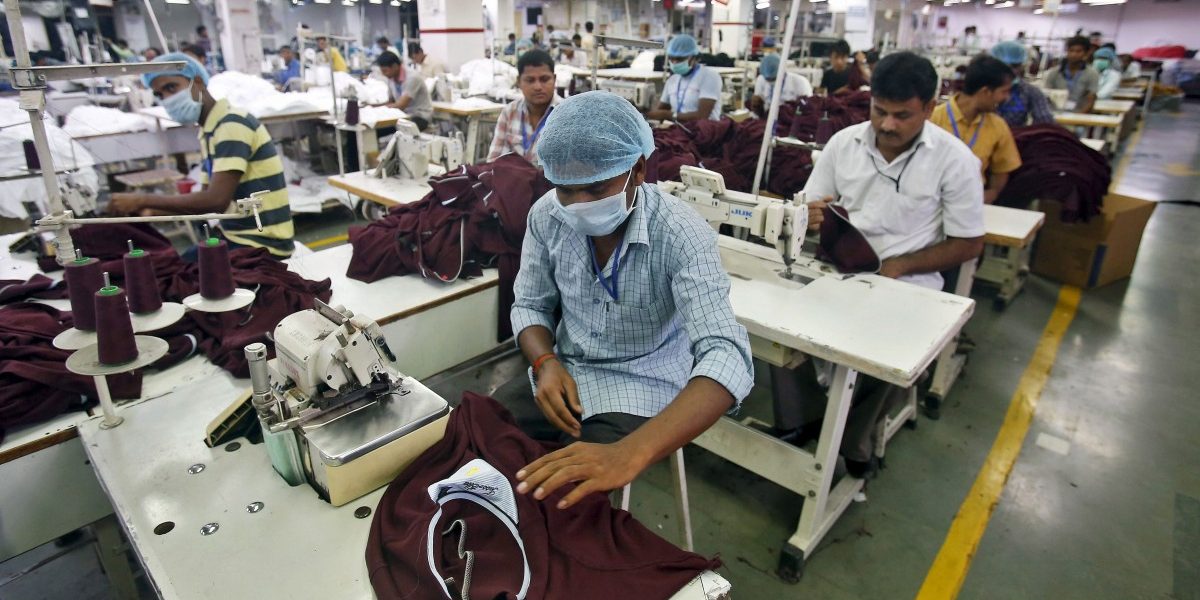 What is the status of the working class in the Indian constitution? We must ask this question because several states have already suspended labour laws for three years and other states are on the same path.

With the COVID-19 crisis relentless, India’s working class is facing unprecedented suffering. The Indian state clearly does not have a humanitarian action plan to handle this suffering. While column after column in the media expresses horror at this apathy, the hegemonic civil society and Indian state has been dismantling workers’ rights since 1991. ‘Labour reforms’ and ‘ease of doing business’ are the codes associated with that political process. Now the crisis has created an unexpected opportunity to formally bring back the inhuman working conditions of the 1920s, such as shifts of 12 working hours. These measures substantially worsen the conditions of the working class, which were never satisfactory anyway.

The scavenging civil society that thrives on cheap labour will shed tears over the tragedy until it finds enhanced opportunities in the new normal. Are these authoritarian instincts new to the Indian state and civil society? A closer look at the Constituent Assembly (CA) debates reveals that the Indian state was entrusted with a substantial amount of power that many of its members were unwilling to concede.

The Constitution of India provides the fundamental right against exploitation. Article 23 prohibits trafficking in human beings, begar and similar forms of forced labour. One member of the CA, Dr P.S. Deshmukh reminded the framers of the constitution of the cry of the majority of the people for protection from the small but powerful group of the rich. He said that the rights being framed were trying to protect precisely that minority group from whom the labouring classes required protection. This was because the draft article brought before the assembly had the following explanation: “Nothing in this sub-clause shall prevent the state from imposing compulsory service for public purposes without any discrimination on the ground of race, religion, caste or class.”

Initially, many members of the assembly, including Dr B.R. Ambedkar, defended this explanation as they felt that judicial interpretations of Article 23 might invalidate conscription. Others defended the compulsory service for ‘public’ purposes and tried to reframe it as a “social and national” purpose. Those who opposed it pointed out how governments practice forced labour extensively in public works. Grave apprehensions were expressed that the future Indian state might perpetuate these practices and exploit the working class. They also sniffed the same instinct in the proposal to compensate the labourers in compulsory public services. Thus this explanation to the Article (Interim Report on Fundamental Rights: Constituent Assembly Debates (Proceedings) Volume III, 1st May 1947) was initially dropped, but it reappeared again in the final version.

The British government in colonial India had accepted international standards of labour rights after the Forced Labour Convention in 1930 and legislated labour statutes. But they created weak mechanisms to enforce them. Ambedkar, as a member of the colonial government in India from the Independent Labour Party, recounted in the CA how labour legislations remained merely on paper. Consequently, he wanted to create a robust future state with wider powers to legislate and enforce labour laws.

The CA’s discussion on working class rights was taken up as an extension of economic justice in the preamble to the Constitution. The members felt the state would not tolerate gross inequalities. M.R. Masani said: “…Everyone who toils for the common good will get their fair share of the fruits of their labour. It also means that the people of this country, so far as any constitution can endow them, will get social security – the right to work or maintenance by the Community.”

After lengthy discussions, the CA decided that the state could legislate on the welfare of labourers and the conditions of labour, provident funds, employers’ liability and workmen’s compensation and health insurance, including invalidity pensions and old age pensions.

One significant question the constitution makers often confronted was whether there should be any limits on the state’s power to legislate. This came up for discussion as a choice between adopting ‘due process of law’ and ‘procedure established by law.’ The due process of law provides a judicial restraint on the power to legislate. But the defenders of the latter argued that in the US, the conservative Supreme Court, which followed the due process of law, had for long invalidated the laws of minimum wages and restraints on employers. The court ruled that these laws invaded the personal liberty of labourers to enter into contract with employers.

Alladi Krishnaswami Ayyar argued that judicial vagaries made it difficult for the US to make social legislations to protect workers’ interests. Independent India required protective social legislations beyond the reach of judicial arbitrariness. The defenders of this line of thought said that the rights of the working class were safe in the hands of the state. This faith in the independent Indian state and the perception of threat to its power from conservative judiciary resulted in the provision even of draconian preventive detention in the constitution. In the CA discussions, Ambedkar vociferously defended preventive detention powers and “procedure established by law,” ironically in the name of protecting the rights of labourers.

Dissenters pointed out in vain the arbitrary nature of provincial Congress governments since 1936 and black laws, like Madras Maitenance of Public Order Act (1 of 1947) made by the same CA which simultaneously acted as the Parliament of India from 1947 to 1952. Now we know that the indiscriminate powers delegated to the state have paradoxically been invoked only to rip apart protective legislations and the rights of dissenting individuals. That perils of the unbridled power given to the state by the CA are now showing themselves clearly.

There should be no doubt about whose interest the state has been protecting. Ironically, great exploitations are often carried out by appealing to great ideals. During the CA debates, M.R Masani quoted a cynic who said at the end of the French revolution: “When I saw what men did in the name of fraternity, I resolved if I had a brother to call him cousin.” What should we now call what is being done to the working class in this country in the name of the nation’s economic health?