The NDA government has been focussing primarily, or even solely, on extending labour flexibility. 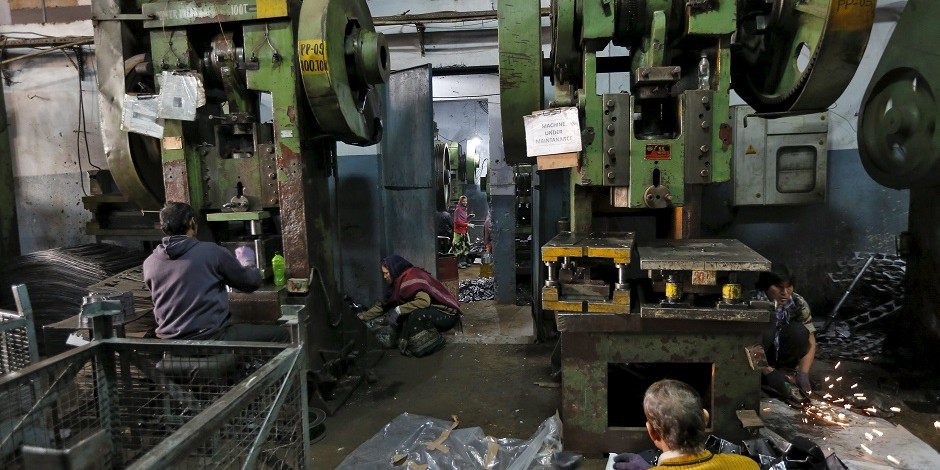 Ever since India introduced market reforms in the 1990s, a long list of international organisations, investors and general critics of government regulation have demanded further measures with regard to the labour market and industrial relations system (IRS).

Why? Firstly because the introduction of labour market reforms is complementary to the liberalisation of the Indian economy – the benefits of the lattter can only fully be reaped if the former is also completed.

Secondly, the general perception is that India’s labour laws and labour inspection system are quite tough and significantly restrict the freedom of employers to respond to rapidly changing business conditions. Specifically, Chapter V-B of the Industrial Disputes Act, 1947 (the ID Act) requires industrial establishments employing 100 or more workers to seek prior permission from the government before retrenching workers or closing down their establishments, and governments are hesitant to sanction retrenchment or closure for fear of political unpopularity as these measures will result in at least short-term unemployment.

Third, the labour laws are archaic (enacted decades ago) and numerous (reportedly 44 Central labour laws), lack consistency (differing definitions of same terms in different laws, such as “workman” or “wages”) and are not in sync with current competitive economic environment (all conveniently clubbed under the term “core” labour law reforms).

At the same time, employers have also vociferously complained against the labour inspection and procedural system as being “harassment” (hence the pejorative term, inspector raj).  Labour inspections are far too frequent and inspectors are corrupt and have a persecutory mindset.

The procedural systems such as securing registration/license and maintenance of registers and records (in physical forms) and submission of information under various labour laws are cumbersome and even repetitive. Employers hence seek liberalisation of inspection and labour administration system (governance reforms).

Since 1991, the Central government, irrespective of the ruling political parties, has been keen to introduce core labour law reforms. As against the UPA government in its two stints, the current NDA government has been making some headway with regard to both labour law and governance reforms.

At the most basic and fundamental level, the NDA government does not have a clear and sensitive strategy to introduce labour law reforms. The government and its associated think-tanks have attacked existing labour institutions such as labour laws by arguing that they protect the minuscule organised sector, often at the cost of the vast masses of workers in the unorganised sector and they do not aid in employment generation.

This is a direct attack on trade unions and labour laws which have stood the test of time. While it infuriated trade unions it also raised the expectations of grand delivery of welfare benefits by the government to unorganised labour. This will prove to be a double disaster as we see later.

Second, the government has been perceived as being very keen to introduce business-friendly reforms. It has relied on a certain set of research studies which argue that pro-worker labour laws promote unemployment and informality and support reforms of labour laws to provide labour flexibility to the employers.

The Central government, irrespective of the party in power, has bought the pro-reform research hook, line and sinker while ignoring the aforementioned critical research. This clearly shows that the government which is supposed to be a neutral party has partisan objectives. The trust in the state, as it were, has been shaken.

Third, while India’s unorganised sector has been placed upfront as a justification to advance wide-ranging labour law reforms, the government has done precious little to address their interests. The UPA government’s Unorganised Sector Workers’ Social Security Act of 2008 is a damp squib as it merely “roped in” existing welfare schemes and did not offer anything new and the NDA government has not done much to respond to this criticism.

The proposed Social Security Code is a huge and welcome promise but, as trade unions have argued, it does not answer many critical questions regarding EPF and ESI and also dismantles existing welfare boards in states like Tamil Nadu. Though the current NDA government claims several measures for unorganised sector workers, the trade union movement remains unconvinced.

Fifth, instead of undertaking the right reforms over labour inspection processes such as rationalising and creating a transparent inspection system to tackle corruption and harassment, the government has succumbed and subscribed to the “wholesale damning of the inspection system” by endorsing descriptions of it as having a ‘Raj’ mentality. 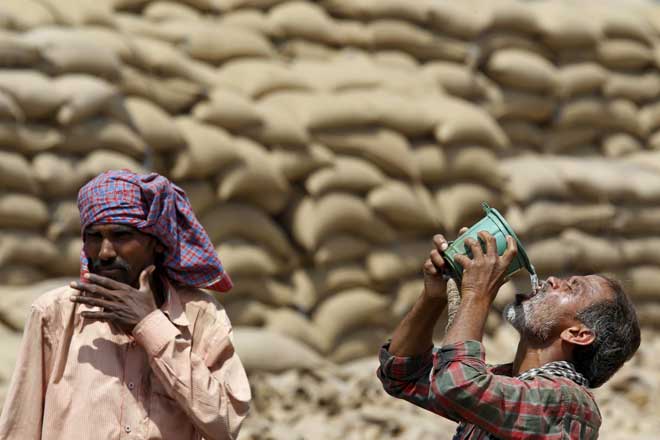 The NDA government does not have a clear and sensitive strategy to introduce labour law reforms. Credit: Reuters

The vilification of the labour inspection system flies in the face of empirical realities. Labour law enforcement agencies have chronically suffered from a scarcity of resources. Issues around labour law enforcement merited a discussion at the national tripartite body, the Indian Labour Conference, in its 41st session held in 2017. Violations have allegedly intensified in the post-reform period. Further, they are not in consonance with the ILO Convention on Labour Inspection which India has ratified.

Sixth, the government released, as though in a hurry, ill-drafted, poorly conceived and incomplete draft codes. For example, the first draft on ‘Labour Code on Industrial Relations’ (released in April 2015) did not contain clauses relating to the recognition of trade unions for collective bargaining, which has been a historic deficit. Further, it banned outsiders in registered trade unions, which runs against the historic tradition of outside leadership in India and is allowed under the ILO Convention on Freedom of Association and Protection of the Right to Organise. Later, the government corrected these problematic errors. Nevertheless, these vital slips send strong adverse signals to the trade unions at large.

The NDA government has been focussing primarily, or even solely, on extending labour flexibility in a variety of measures and proposals. It seeks to amend the ID Act to give more industrial establishments the power to fire workers or close down their establishments; it amended the Industrial Employment (Standing Orders) Act, 1946 to provide for fixed term employment contracts; and it issued the Model Shops and Establishments Act, though it is strictly a state law.

Other steps have also provoked a backlash. For instance, the NDA government proposed to amend the Factories Act, 1948 to make it applicable to factories employing 20 or more workers with power and those employing 40 or more workers without power in lieu of half of the stated respective thresholds, which would remove thousands of workers from the purview of the safety and standards law. It also sought to tinker with matters relating to the provident fund, which provoked spontaneous workers’ protests.

Though the NDA government taken some pro-labour measures like extending maternity leave, enhancing the coverage of the ESI Act, etc. the constant talk of providing labour flexibility even at the cost of hurting labour rights on the one hand and absence of any credible measure to address concerns of unorganised workers, both in the so-called formal sector and in the informal sector, on the other hand, have angered the working class.

It should have sent right signals to the working class at large by addressing their core concerns and issues, such as recognition and compulsory registration of trade unions and strengthening of the labour justice system by making suitable amendments in the relevant Central labour laws. In addition, it could have reformed the working of the EPF Organisation and ESI Corporation to extend better medical services and ensuring speedier settlement of social security settlements. If the government could amend the Central labour laws to afford “labour flexibility” to India Inc in a hurry, why could it not amend the same laws to legalise the long pending and legitimate labour rights? A whopping proportion of contract (68.4%) and casual (94%) workers do not have formal job contracts, and this does not bother policymakers. Even the proposed labour codes do not address this fundamental labour market deficit.

Finally, the surgical strike measures of demonetisation and the Goods and Services Tax have had the side-effects of harming job-creating economic activities. There is a clear public perception that there is a job crisis, though PR management by the government is ongoing through the release of pay-roll data. The rising incidence of vulnerable jobs like contract, casual, fixed term jobs and the disturbing age differential between standard and non-standard workers have further dented faith in the labour policies of the government. Many regional labour law reforms have removed chunks of workers out of the purview of basic labour laws like the Factories Act, 1948 or the Contract Labour (Regulation and Abolition) Act, 1970, thus ensuring the creation of non-standard jobs. The competition for investment is also leading to competitive labour flexibility policies of various state governments which in turn leads to a race to the bottom over labour standards.

Now, thanks to political expediency, the NDA government is reportedly shelving the controversial Industrial Relations Code and pushing the so-called pro-workers’ Codes on Social Security, Wages and Occupational Safety and Health banking on “inevitable” political support.

This kind of signalling should have been done upfront. But passing these so-called labour-friendly codes is not going to be easy, as trade unions are quite critical of the initial drafts because of their inadequacies. Opposition parties are unlikely to grant political mileage to the NDA by cooperating with it to pass these codes as laws.

With regard to labour law reforms, therefore, there is a huge perception management failure on the part of the government, even as economic conditions have not been helpful to sound labour market functioning. The increasing dissociation of trade unions from the affiliated or sympathetic political parties has made management of the industrial relations system quite difficult and even embarrassing.

Perhaps for the first time, labour market issues such as jobless growth and social protection will significantly figure in electoral politics both at the regional level as we saw in Tripura and in the general elections in 2019.

K.R. Shyam Sundar is a professor at XLRI, Xavier School of Management and can be reached at krshyams@xlri.ac.in